Society has ditched the traditional love song for sex


In the first line of Post Malone’s “Rockstar,” he raps about “f---in’ hoes” and “poppin’ pillies,” and he “just feels like a rockstar.”

The song carries themes of sex, drugs and rock ’n’ roll lifestyle. Post Malone talks about the rockstar life and how he lives that life as a rapper.

“Rockstar” is the No. 1 song on Billboard’s Hot 100 Chart, and it’s one of the many songs hitting the charts that contain sexual messages rather than the traditional love songs that were popular decades before, such as “My Guy” by Mary Wells, which peaked at No. 1 in 1964.

A lot of rap and hip-hop artists are trying to mimic the rockstar image that rose in the ’60s in the counterculture era, Scott Kutil, a junior studying music production and the recording industry, said. And for hip-hop and rap artists, that means rapping about sex as a status of power.

“We’re in another big counterculture alternative age as we rise to the era of hip-hop, where hip-hop is now poppin’,” Kutil said. “That kind of contests to why a lot of love music right now are all about that whole hookup, sex party kind of vibe.”

A study conducted in 2009 by Evolutionary Psychology suggests the traditional love songs about passion and longing have turned into songs about sex. Of the 174 top-10 hits of 2009, 92 percent of them contained lyrics that conveyed “reproductive messages.”

The soaring love ballads that were played on vinyls, tapes and CDs are now sparse. Streaming playlists are now filled with songs about sex, and songs about pining over someone are left in the era of Motown. That can be attributed to the trend that people want instant gratification, an idea that applies to sex without or before a relationship. 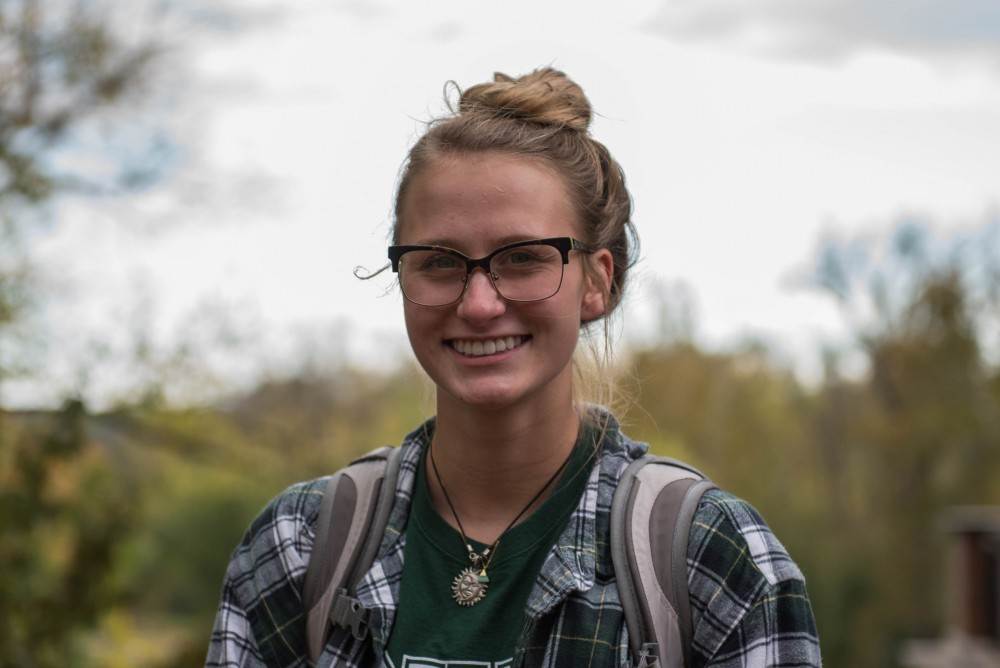 “My favorite love song is “Home” by Edward Sharpe and the Magnetic Zeros because it’s a guy and girl and I like the different aspects they both portray.” Mackenzie Mercer, an undecided freshman. 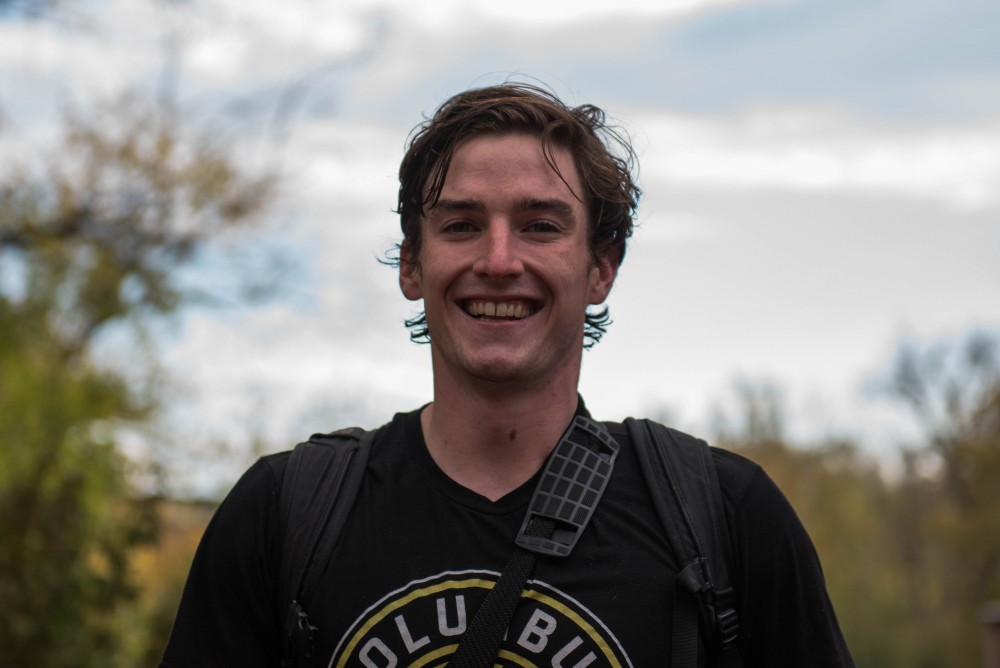 "‘I’ve Got You Under My Skin’ by Frank Sinatra. It’s a classic, me and my father used to listen to Frank Sinatra back in the day." Dan Bova, a senior studying business entrepreneurship. 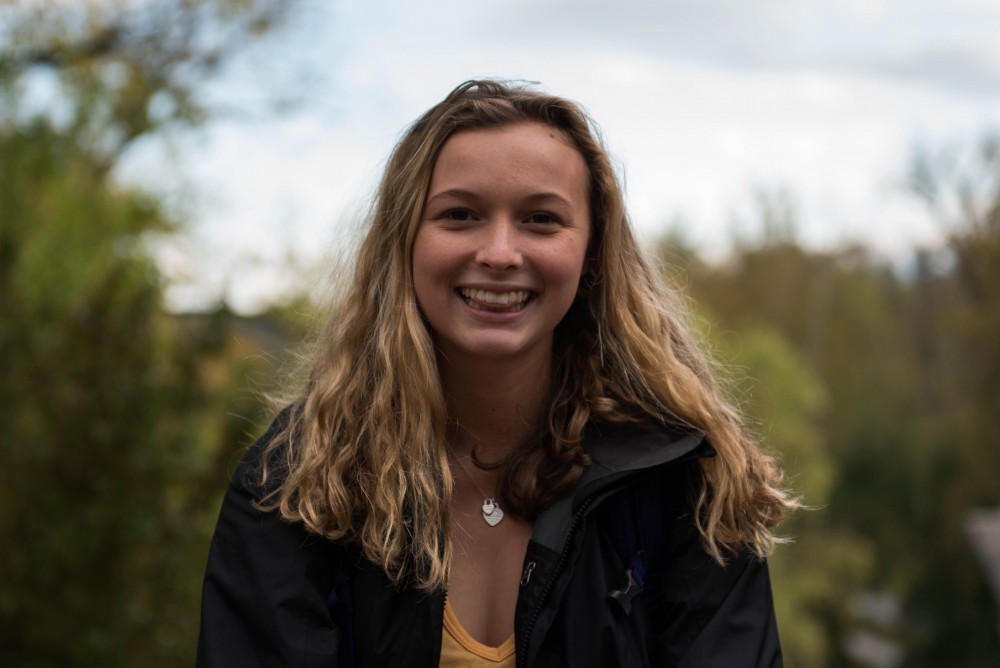 “Probably ‘Greatest Love Story’ by Lanco. I just like the sound of them and it’s super interesting and catchy.” Cassidy Book, a freshman studying communication. 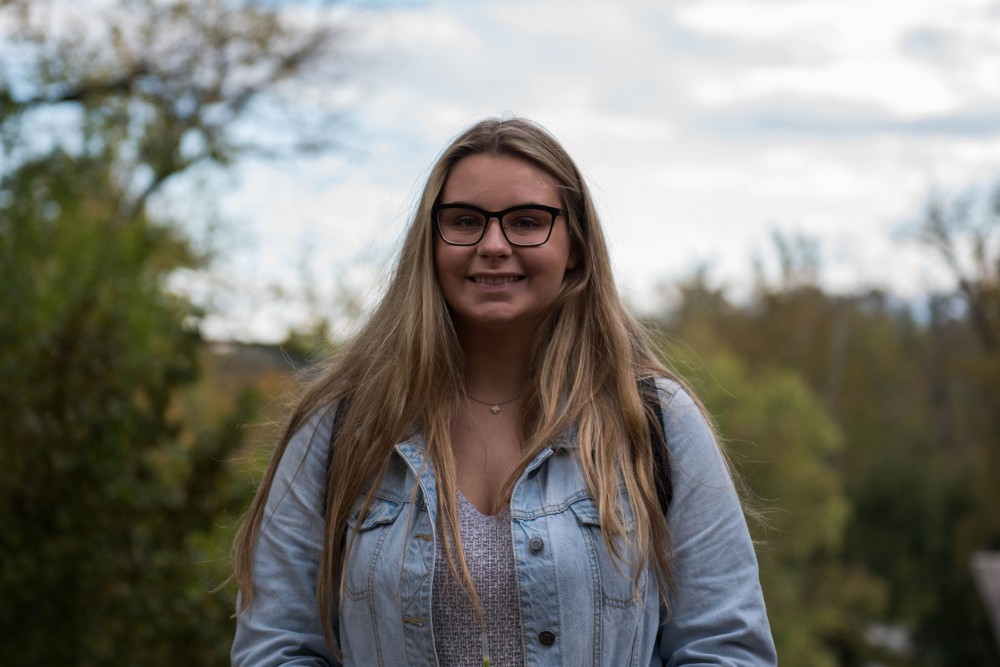 “I like Lee Brice, ‘I Don’t Dance.’ It’s a country song. It’s really cute, it just talks about how a guy is dancing with his wife and he doesn’t dance but because he loves her so much he’ll just do whatever she wants.” Mary Paulin, an undecided freshman. 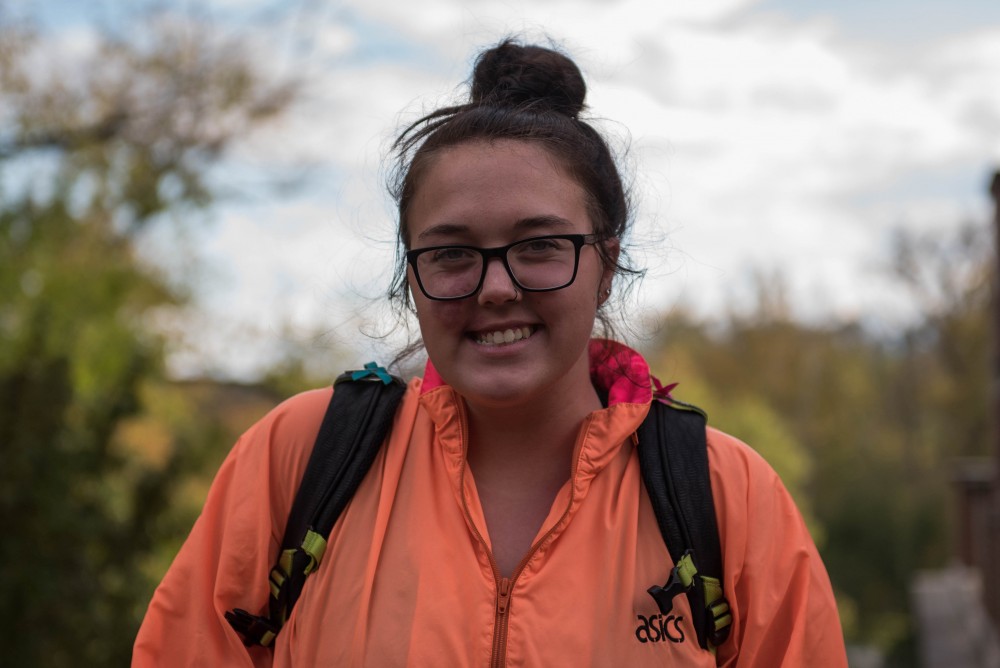 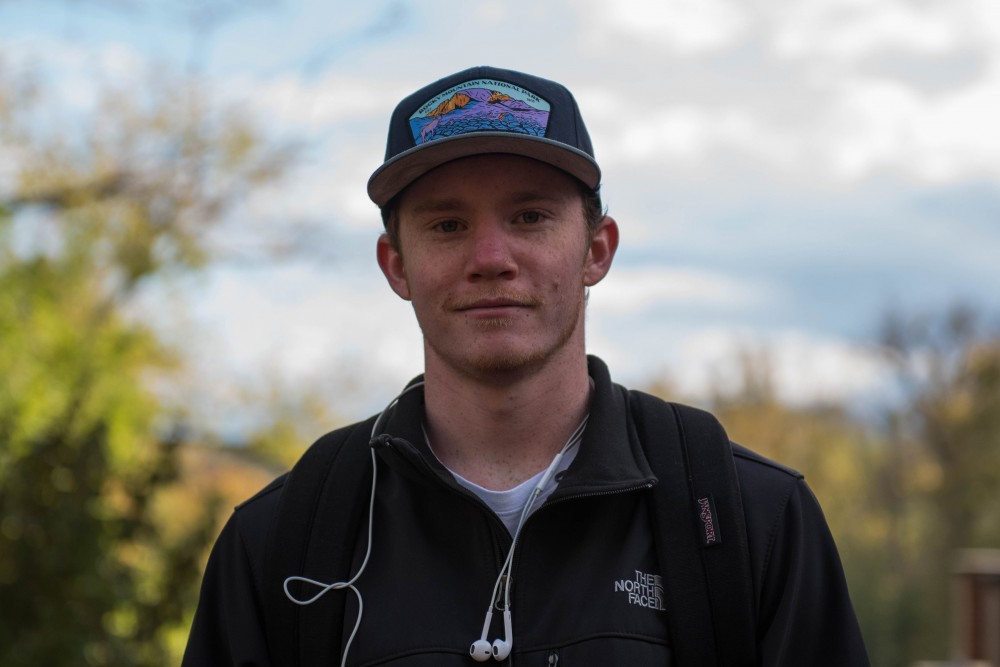 “Probably ‘Love’ by Kid Cudi because it’s straight from the heart. It’s not necessarily a love song, it’s more about telling people it’s OK if you go through a breakup. Everyone goes through it and everyone’s going to find that one person. I share it with my girlfriend, he performed it the night I asked her out.” Bryan Dudash, a senior studying engineering technology and management. 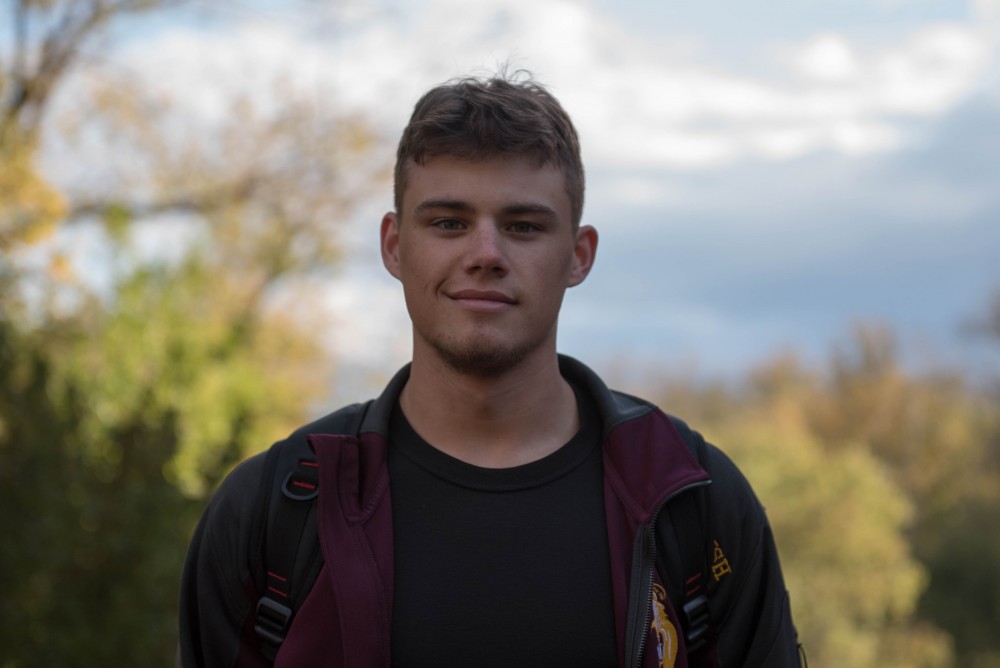 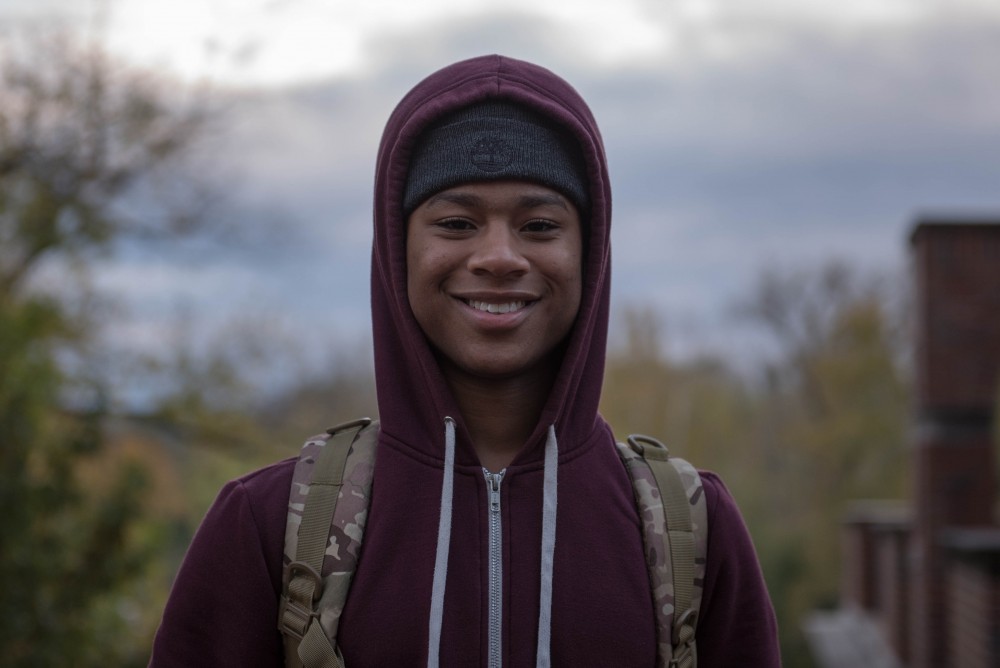 “My favorite love song would probably be ‘Over My Dead Body’ by Drake. I just really vibe with it, I don’t know why, it just connects to my soul and I’m not really a lovey-dovey type of person but I feel like it really just relates to me.” Micah Gundani, a freshman studying education. 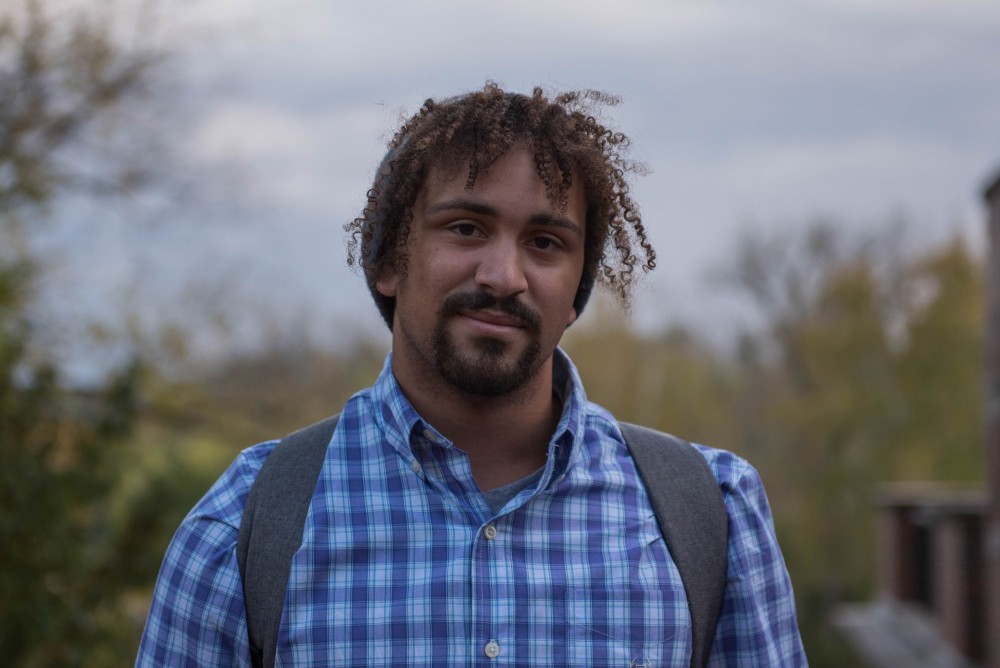 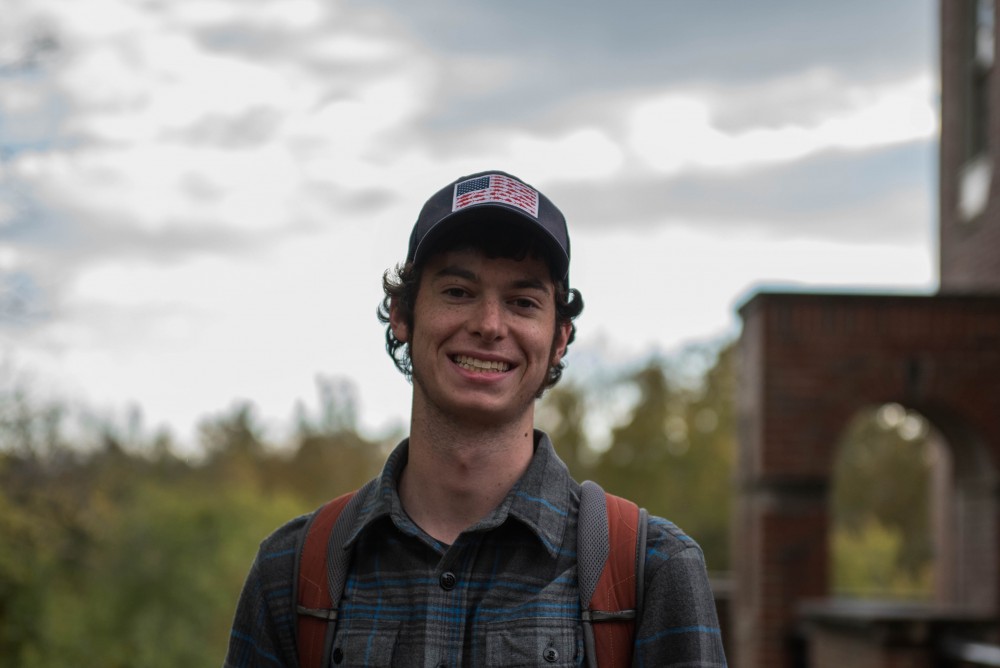 Akil Houston, an associate professor of cultural and media studies, remembers a time when people made mixtapes as a “demonstration of how much you cared.” If a person had an infatuation with someone, they would compile a list of love songs and give it to the person they liked.

That is not something that is popular in today’s society, Houston, a pop culture expert, said. Because songs often reflect what is socially happening in the world, differences in courting might play a role in what people sing about.

“Songs are sort of like collections of our moments,” Houston said. “A lot of times (the songs) reflect whatever is going on in pop culture.”

Ray Charles’ “I Got a Woman” is a song that has changed in meaning over the years, Houston said. The song was featured on the 2005 collaboration “Gold Digger,” by Kanye West and Jamie Foxx.

With the current age being obsessed with instant gratification, Houston said the passionate love ballads have phased out.

“It’s interesting that you go from these moments of love, yearning and desire to just ‘I need to be sexually satisfied,’” he said.

During the Motown era, the songs were more “sensual,” Kutil, the president of Brick City Records, said. Motown was a record label created by in the early ‘60s that predominantly signed black artists and gave them a place to record. Some artists that came out of the Motown era include Smokey Robinson, Diana Ross, The Jackson 5 and Stevie Wonder.

When artists such as The Beatles came to the forefront in the mid ’60s, it gave way to a counterculture.

Meghan Rowe, a freshman studying journalism, listens to a lot of songs from the Motown era and in the R&B genre. In that era, she said societal norms censored the artists, so they had to be less obvious.

“They may be talking about sex, but it was … more discreetly talked about,” Rowe said. “They’re singing more to the person that they want or they like.”

People of that generation had a different way of love and how they showed it, Kutil said. People would go on a date and hang out, but nowadays it seems sex is the ultimate end goal.

“Now, you think about a date and if it doesn’t end in a hookup, it’s not a date, which is kind of crappy … but that’s just the way culture is right now,” Kutil said.

Because rap and hip-hop is popular right now, a lot of rappers are producing music about sex to “get people’s attention,” Katelyn Gilday, a senior studying community and public health, said.

Along with losing the feelings of love in songs, the focus on developing individual artist has become secondary to the lyrics, Houston said.

Every song about sex and love can be broken down into its parts and convey the same message, Houston said. It’s all about seeing someone a person wants, going after it and getting it. Record labels are more worried about producing people who can sell records than developing artists, he added, and right now, songs about sex sell.

“So if you know that the tweeners like a young girl who is just a little bit older than them, kind of can sing, but has a look, then let’s just find someone we can put into that box,” Houston said. “Talent can be secondary.”

Sex was still prevalent in songs before the turn of the 21st century, and they were not subtle about those messages, Houston said. Marvin Gaye’s “Sexual Healing” and “Let’s Get It On” in the ’70s and ’80s, respectively, communicate obvious messages of sex.

Though Gaye is known for his expressions of sex and love on those songs, his artistry shows through on his fifth studio album Here, My Dear, Houston said. The album focused on his divorce from Anna Gordy Gaye and was said to pay for expenses that came out of the divorce. The album explored love, Houston said — just in a different way.

“In that time, I think you had artists who could capture moments and convey certain feelings like that,” Houston said. “People still do concept albums, but I think the ability to speak to different emotions is something that kind of gets lost.”

Despite a loss of artistry and a focus on sex, there are still some artists who are able to examine all feelings of love.


On their most recent albums, Adele and Beyonce highlighted aspects of love, Houston said. Though Adele’s “Hello” was not the “typical radio love song,” it still talked of longing and heartache. Beyonce’s visual album Lemonade showed what self-love and self-care looks like, Houston added.

Kutil said artists like Ed Sheeran have been able to bring back traditional ideas of love. Sheeran had success with his song “Thinking Out Loud,” which reached No. 2 in January 2015, and his most recent release, “Perfect,” talks about him finding the love of his life.

When the counterculture phase dies down, Kutil said there will be a resurgence of singing about love and passion.

“You have those phases where there’s going to be new artists that are coming out that are doing (new) things,” Kutil said. “It really comes down to how long this surge of alternativeness lasts.”