Scientists tend to cringe at most sci fi movies

When it comes to science fiction movies, people who study the sciences behind the plot often cringe at what is happening on screen.

Many of the films try their best to get the science right, but often times accuracy comes second to advancing the plot.

Douglas Clowe, an Ohio University professor of physics and astronomy, tries to not let scientific inaccuracies get in the way of enjoying a science fiction movie, though.

“When they are doing something fantastic, I consider that science-fantasy, and so it's no different from invoking magic to have something happening in your movie,” Clowe said. “Those (movies) don’t bother me. That’s a story-telling thing.”

Even though Clowe is able to look beyond the inaccuracies, he still gets annoyed when movies try to pass off what is happening on screen as real.

“The ones that bother me are the ones that try to portray themselves as being realistic, and yet they intentionally don't do something because they need something to happen for their plot,” Clowe said.

The film Armageddon (1998) was particularly troublesome for Clowe. In the movie, the main character, Harry Stamper, played by Bruce Willis, tries to drill into the center of an asteroid to detonate a nuclear bomb in order to stop the asteroid from colliding with Earth.

“Anyone who's looked at comets would look at what they did and say, ‘No, no, that doesn't happen’,” Clowe said.

In more recent years, the film Interstellar (2014) has also caused many scientists grief.

In the space-set film, Matthew McConaughey’s character, Cooper, has limited amounts of time on each planet he visited before an event took place. But time does not work that way, Clowe said. It just runs at a different rate on a different planet. 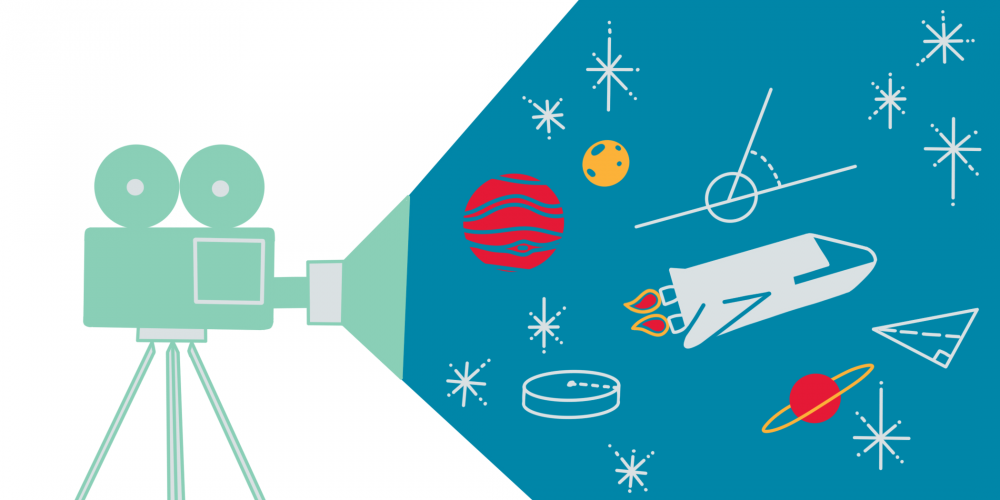 “Those are the kinds of things that become immersion-breaking for someone with a lot of knowledge of the science,” Clowe said.

Logan Jacobs, a first-year graduate student studying geological sciences, enjoyed Interstellar but did have some issues with the science happening during the movie.

For example, when McConaughey’s character enters a black hole, realistically he would have been killed, Jacobs said.

“When you go into a black hole, the gravity would stretch you and warp you to the extent that you would just be obliterated,” Jacobs said.

Being warped and stretched from entering a black hole is called “spaghettification” or the “noodle effect” because it causes an object to be compressed into long, thin lines, hence the name. Stephen Hawking went into detail about what would happen to an astronaut who went near a black hole, let alone enter it, in his book A Brief History of Time.

Not all science fiction movies take place in space. In the movie The Core (2003), geophysicist Dr. Josh Keyes (Aaron Eckhart) travels to the center of the Earth to fix the core, which has stopped rotating.

“They just kind of magically get there,” Matt Hintz, a senior studying geology, said. “They have some special machine that just plows through the Earth, and (they) don't have to deal with the pressures, or they come up with some slick way of getting around that.”

Scientists do not currently have that kind of technology, Hintz said. There aren’t any materials strong enough to sustain the heat and pressure it takes to travel the more than six thousand kilometers it takes to reach the Earth’s core.

Science fiction movies have been doing better in more recent years, Clowe said. Filmmakers are starting to get into contact with the appropriate scientists to try to get the movie as accurate as possible.

“There's a bunch of scientists out in California that set up a collaboration where they have a bunch of physics professors and other science professors who are willing to talk to screenwriters and directors,” Clowe said.

One way to make science fictions movies better, in Clowe’s opinion, is to make a clear distinction between what is real and what is not.

“The only movies that (scientists) truly get upset about are the ones that try to present themselves as factual when they incorporate things that are not,” Clowe said.

Clowe has no issues with pure science fantasy films, where it is obvious that what is happening on screen is not possible and doesn’t lead the viewer to believe anything that is inaccurate.

“In any of the Star Wars or Star Treks, they need stuff that we don't know can happen for their plots to work and therefore you just have to nod your head and treat it the same way you treat the Harry Potter movies,” Clowe said.