It seems almost everything, from pizza and instant noodles to lipstick and soap, contains some type of palm oil. Whether one realizes it or not, they’re eating or using palm oil, an ingredient that negatively affects the climate, forest habitats and a person’s health.

Palm oil comes from oil palm trees grown only in tropical areas, primarily Indonesia and Malaysia. Palm oil plantations have expanded rapidly in number and size during recent years to meet global demand, and it is found in more than half of all packaged products in America.

At Ohio University, those in charge of the Spring Sustainability Film Series will aim to shed more light on the realities of palm oil production with the screening of the film Appetite for Destruction. The film, which will be shown March 2 at The Athena Cinema, follows one man as he travels from Cameroon to Guatemala to Colombia, investigating what has catalyzed the new industry and the social and environmental impact of palm oil’s exponential growth.

Vicky Kent, a graduate student and the sustainable living coordinator for the office of sustainability, hopes Appetite for Destruction will help educate others on a problem they may not be aware of, or give them a different perspective on the issue and what they can do to fix it. 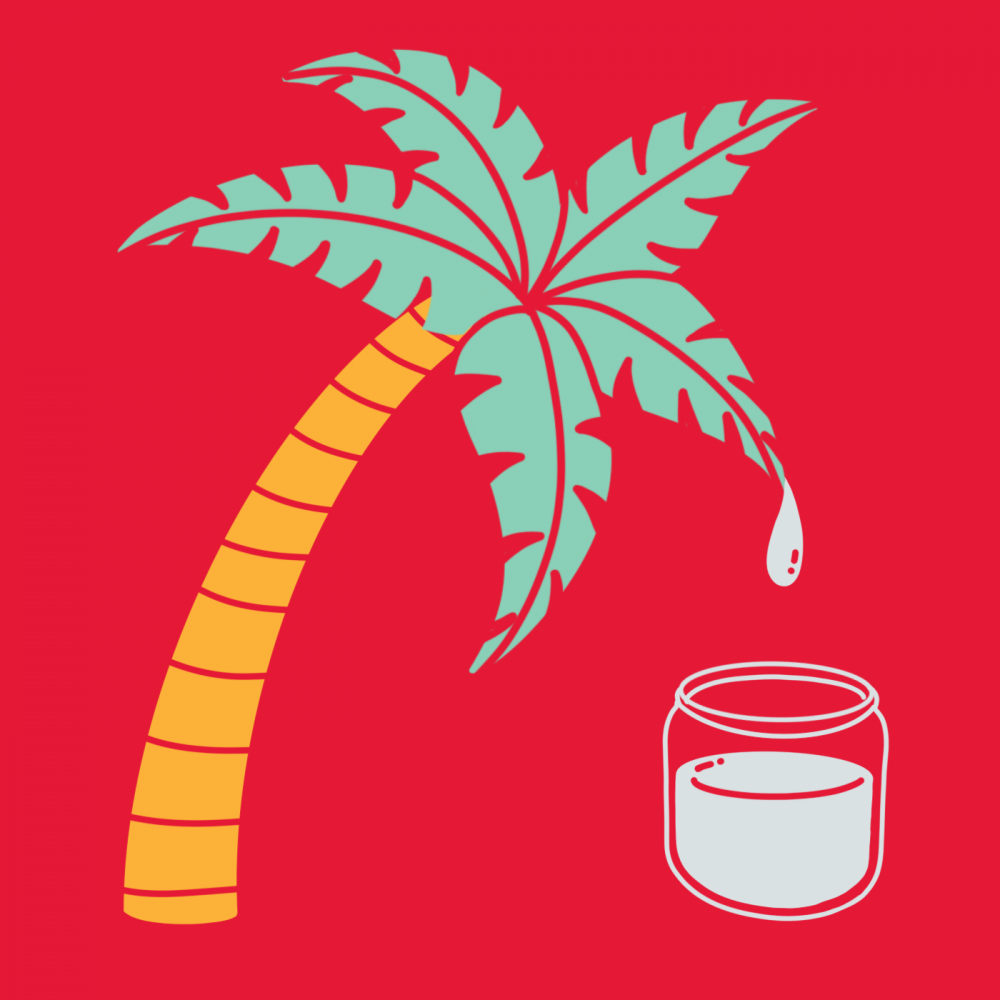 “I’m hoping they cover the topic sensibly and give the people some things they can go out and do,” Kent said. “Even though I’ve looked into it, I still think when I go out and get groceries, I’ll still be a little confused. I think it’s always important to keep these conversations going, that’s the biggest thing.”

Kent has analyzed health-related factors associated with palm oil by researching the specific fruit palm oil comes from and the oil’s nutritional value.

“There are two kinds of oil that come from palm oil: one from the fruit, and the other comes from the seed,” Kent said. “The palm oil increases the bad cholesterol, which is going to increase heart risk and block our valves, vessels and decrease our immune system.”

In her research, Kent found that per acre, palm oil trees can produce a third more oil than any other similar producer while also using less fertilizer. For the amount people who use it at the moment, it’s like the devil humans know, she said.

Much of the destructive deforestation associated with palm oil happens in Malaysia and Indonesia. In 2022, the palm oil industry is projected to double in size, Kent said.

“I think the trees can grow up to 18 years old, but they tend to cut them off at a third of their lifespan because they get too tall,” Kent said. “If you’re cutting back the rainforest and putting in crops, that reduces the amount of nutrients in the soil, too.”

Loraine McCosker, the environmental studies outreach coordinator, has seen Appetite for Destruction and wants it to draw attention to what is happening with palm oil and impacts it has.

“In this film, we want people to be more aware so that they can make good choices in what they support, as well as their food and political choices,” McCosker said. “We really haven’t shown films focusing on palm oil, so that’s why we wanted to expose people to this film.”Loraine McCosker

Michelle Wilson, the financial planner for Athens Impact Socially Responsible Investments, is aware of what Appetite for Destruction is about and how palm oil not only destroys forests, but also displaces those who live in the area.

“There’s so much money in palm oil that companies are coming in and buying up huge portions of the land and kicking people out,” Wilson said. “You have these whole countries that are dependent on their farming, so rather than just pulling out and saying, ‘Hey, we’re never going to use palm oil’, we can use it in a sustainable way in the areas that have already been cut down and support communities.”

Despite the growing industry of palm oil, several companies, like Kellogg’s and Unilever, have begun to use sustainable palm oil. For palm oil to be sustainable, it must adhere to the Roundtable on Sustainable Palm Oil’s (RSPO) eight principles and criteria.

“A lot of companies have said they’ll use sustainable palm oil, but you have to look at how fast they’re going toward that goal,” Wilson said. “A lot of them have published their entire supply line all the way down to the plantation, and that allows people to check them. That’s the kind of transparency we need.”

Wilson herself has realized how big of a deal palm oil was in recent years. She strives to quit using products with unsustainable palm oil, and hopes the film will encourage others to do the same.

“I hope they’re just more conscious about what they buy. There’s a seal that brands can have that says 100 percent sustainable palm oil,” Wilson said. “It’s funny, because if you see it and you’re not educated about it, you might think, ‘Oh, this has palm oil’, but that’s the company that’s doing it right. It’s very likely you’re using palm oil, so to focus on using sustainable palm oil I think is the key.”