T he COVID-19 pandemic has saturated the news and put a halt to everyday life. What once was the beginning of a new year turned into times of uncertainty. For many, it has impacted almost all personal aspects of life -- from business to romantic relationships -- and now also, religion.

Noticeably, businesses across Athens, from tattoo parlors to clothing stores, have been deemed “non-essential,” and have shut down until April 6. Many churches near Ohio University, though considered an essential service, have closed their doors to worship services.

Dan Fuchs, senior pastor of The Plains First United Methodist Church, 3 N. Plains Rd., The Plains, Ohio 45780, said it’s a good thing that his congregation can’t gather to slow down the spread of the deadly disease. 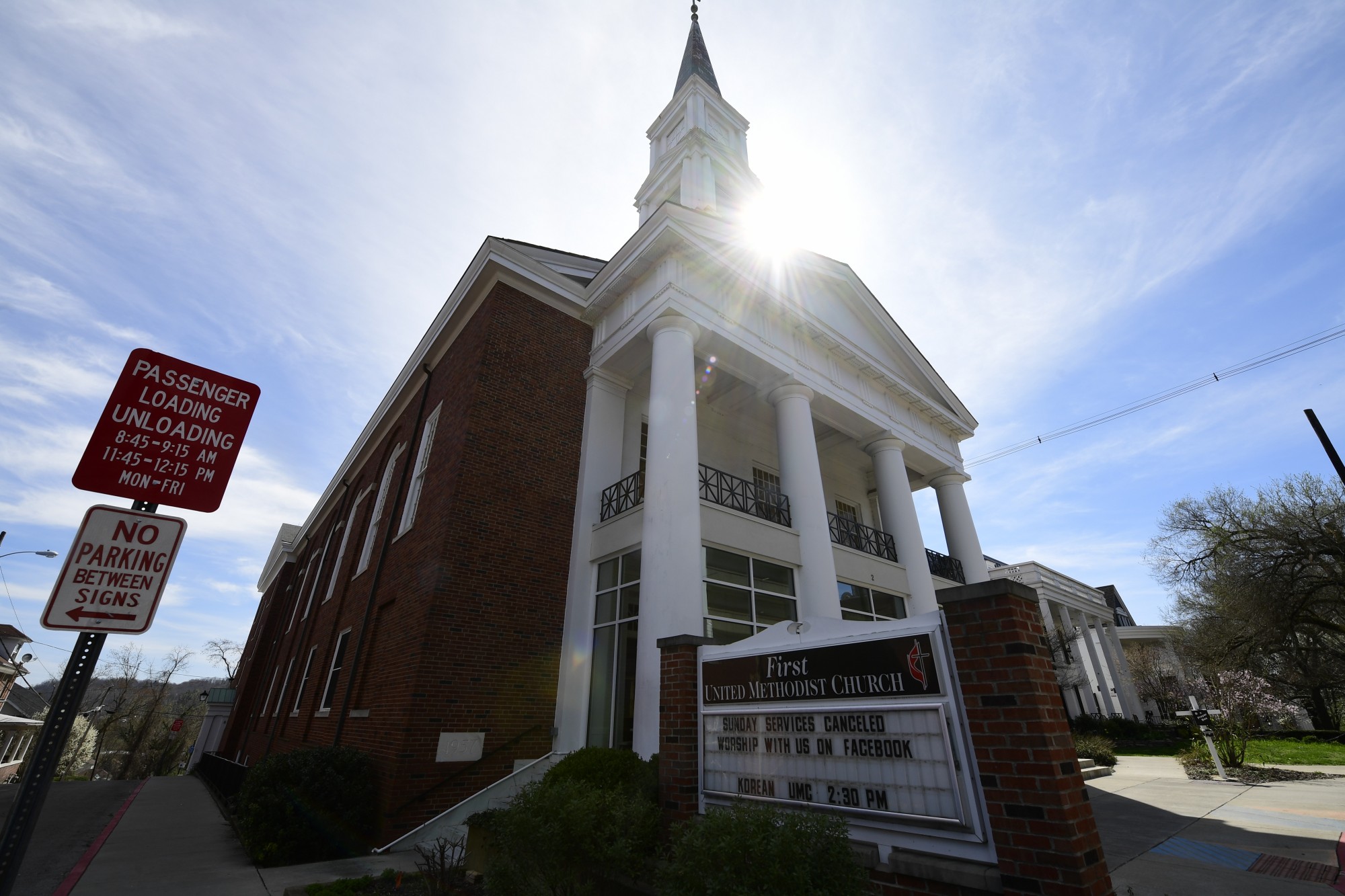 “(We’re) just using best practices for us,” Fuchs said. “At least 50% of (The Plains First UMC) population were considered in the at-risk category.”

Fuchs said a large portion of his church’s congregation are elderly. Luckily, his congregation is still healthy and safe, but the church is closed at least until Easter.

“If our bishop doesn't make another recommendation, it's a possibility we’ll reopen on April 19,” Fuchs said. “(But) because we’re still in the middle of this thing, we have no definite plans to reopen.”

In the meantime, The Plains First UMC is uploading video services to Facebook and its website. The church also plans to celebrate Easter at its next physical Sunday gathering.

The Plains First UMC also has a food pantry which is open every third Thursday of each month, from 6 p.m. to 7 p.m., and the fourth Thursday of each month, from 11:30 a.m. to 12:30 p.m. He said during the pantry’s last opening he saw probably a 10% uptick in visitors. He also said that church staff is helping congregation members who may be at risk when leaving their homes.

“We have offered as church staff to go grocery shopping for elderly (members),” Fuchs said. “But nobody has taken us up on that offer yet.”

Fuchs said for those looking to continue a relationship with religion during these times, remote options like Facebook or church websites work well.

“(The) best advice I can give is get on Facebook and start searching for churches,” Fuchs said. “Just about every I know of (is) doing something right now.”

“We have been offering an online worship service since then, which has been well received by our congregation,” McDowell said. “We already had a strong social media presence so that helped us a lot in this time of social distancing.”

A challenge the situations have brought about have been protecting staff and parishioners, McDowell explained. Staff has been working remotely as well as continuing administrative tasks at the church.

McDowell also added that he and church staff have been reaching out to church-goers in the meantime via telephone and Zoom Video Communications, a remote conference service.

“We also have members who are writing notes of encouragement for people who aren’t allowed to have visitors,” McDowell said. “Rick Seiter, who is our director of congregational care, and I have been calling people in our congregation to see how they are doing and to share prayers over the telephone.”

Another religious organization that is offering remote or social distancing-friendly services is Hillel at OU, 21 Mill St.

Hillel is a center for Jewish life and provides Jewish students a sense of belonging and religion in Athens, Sara Livingston, the director of Hillel, said.

Hillel has moved its Jewish learning services online as well as streaming Shabbat services. Livingston explained how Shabbat has been modified to adapt to the circumstances.

“(We have) Shabbat to-go boxes,” Livingston said. “When things are normal, we would have a religious service at Hillel and have a community meal. Unfortunately, community members can’t join us.”

Shabbat to-go boxes include everything people need to have Shabbat dinners at home, including candles and grape juice.

With the Jewish holiday of Passover coming up on April 8, Hillel is offering Passover Seder, a Jewish ritual service and ceremonial dinner, to-go boxes and making a video as well.

“We’re gonna be recording the Seder service and giving it to anyone who wants it,” Livingston said. “(For those who) want us to lead their services, as they would if people were at our Hillel house.”

Passover is a time Livingston and many others look forward to as a time of celebration, so finding ways for everyone to come together is something Livingston takes pride in.

“(We’re coming up with) innovative ways of approaching the holiday (but) it’s sad,” Livingston said. “That concept of coming together is something people look forward to all year. It's really challenging making sure we’re available to help people out the (ways) they need.”

Though physical church services are suspended, the church is still trying to do local outreach.

“We’re still trying to do outreach and stuff,” Ogle said. “Part of our discussion on Monday night was how we can still be serving the community.”