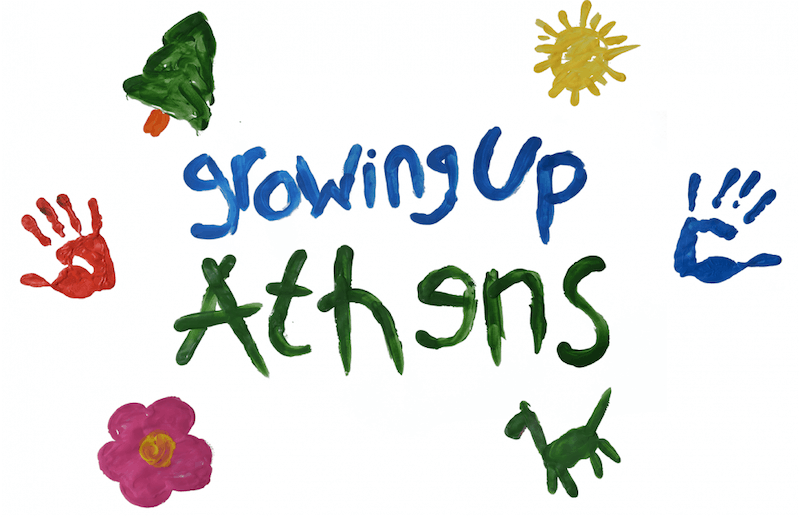 Craig and Kathy Davis traded a life of living and enjoying the perks of being outside of New York City in Hoboken, New Jersey, for mountain biking and quilting in Athens in 2007.

Although the two were trading an urban hub for the hills of Ohio University, making the move almost 10 years ago wasn’t hard.

“That was a huge change — I left a great job and all of that,” Craig, an associate professor in the E.W. Scripps School of Journalism, said. “But getting married, graduation, moving to New York, moving away from New York — those are all decisions that I never thought twice about.”

In a town that is interwoven with the university, the two feed off each other to create an atmosphere that can be a bit different for raising a family. 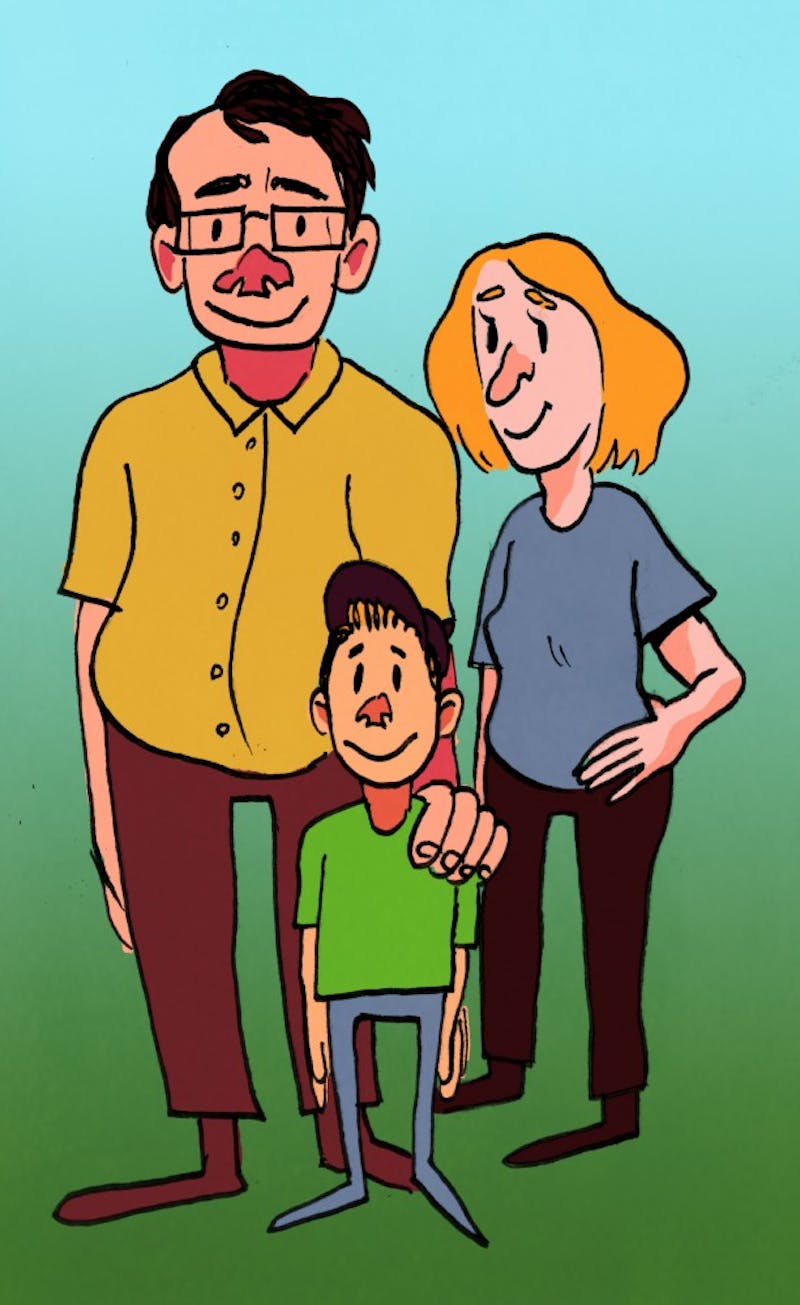 Their twins sons, Jason and Andrew Davis, are 15 and attend Athens High School. Even though they’ve lived here for the past decade, they said they would consider attending OU for college.

They’ve been exposed to the university for years, but that exposure is one thing Kathy said she enjoyed seeing during her children’s time in younger grades.

“When they were in elementary school, a lot of (student teachers from the university) would come in and help out,” Kathy, who works part-time in the OU admissions office and is a stay-at-home mom, said. “I really liked that because not only were the teachers getting help, but the students were getting more one-on-one attention.”

Catherine Penrod, associate lecturer and the director for the Center for Professional Communication and the integrated business cluster in the College of Business, has two daughters — Madeline, 8, and Aubrey, 7. She said she enjoys that her daughters are able to interact with students both in and outside of the county.

“I think it’s a real benefit because they get to learn more about interacting with people of great diversity, which is a good thing for them and their learning and growing,” she said.

College students also interact with the younger children in the area through Kids on Campus, a primarily grant-funded after-school program for students who are in academic or socio-economic need, Program Manager Jo Ellen Sherow, said.

Parents in the districts can apply to be a part of the program if their child qualifies for help to enroll based on financial or academic need. It is free for the family.

“Childcare is really tough, and there’s a limited amount of it,” Sherow said. “Without programs like ours, then … all of these parents — the (approximately) 650 after-school students — … those parents have to find something else.”

Andrew Holzaepfel, senior associate director of student activities, wants to expand the impact of OU beyond the student population. He has two kids, Nina, 14, and Jayden, 12. Holzaepfel coordinates the Performing Arts and Concert Series.

Holzaepfel said one of his favorite programs is the “yellow bus show,” where children from southeast Ohio are able to come to campus and experience a different piece of the arts.

“Getting them on the campus, I hope … they start dreaming of going into higher education,” he said. 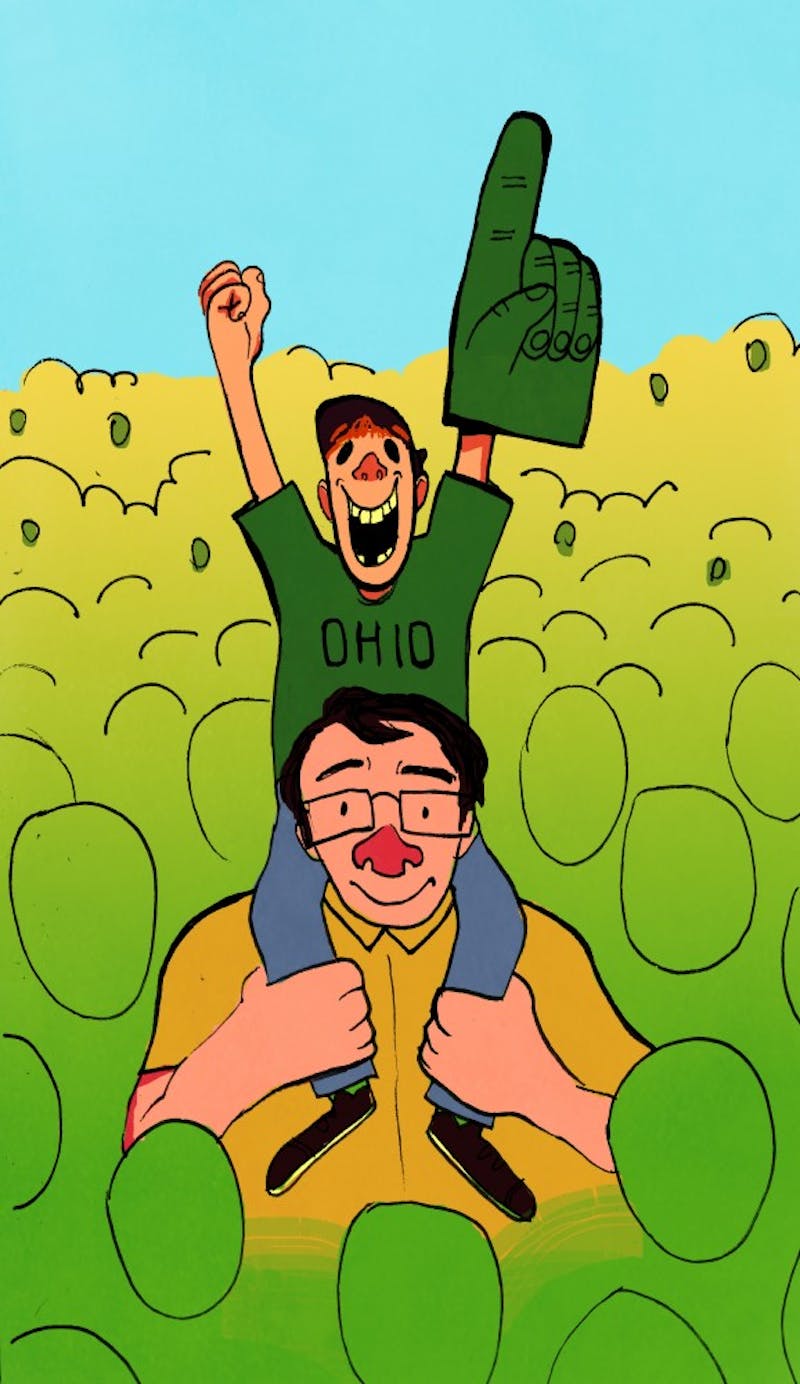 Although there are college students helping out in the classroom and in after-school programs, there are some less desirable aspects to living in a college town that sometimes can’t be avoided.

“It has started some conversations about partying and things like that — in a good way,” Kathy said. “You should talk to your kids about that.”

For instance, when Jason and Andrew were 7, the family went to the Halloween parade Uptown, and they saw several college students’ “risqué” costumes.

Deanna House, an OU assistant professor of management information systems, has two sons, one in first grade and one in second grade. She said wouldn’t be surprised if one of her sons tried to sneak into a college party when he’s older. But she doesn’t think her parenting style has adjusted much to account for her kids being exposed to beer bongs and binge drinking.

“I think part of being a parent is giving your kids the chance to grow up and make their own decisions,” House said. “You provide them with the tools and hope that they implement them at the time.”

Penrod said her daughters have prompted conversations following different opinions and protests. She said it’s her job as a parent to “train them to be productive … effective adults” — and exposure and such conversations are part of that training.

“When they see people standing outside of the courthouse holding up protest signs, they ask a question about what’s going on,” Penrod said. “It’s gives an opportunity to have a discussion with them and share with them what’s happening — in a manner which they can understand it, obviously.” 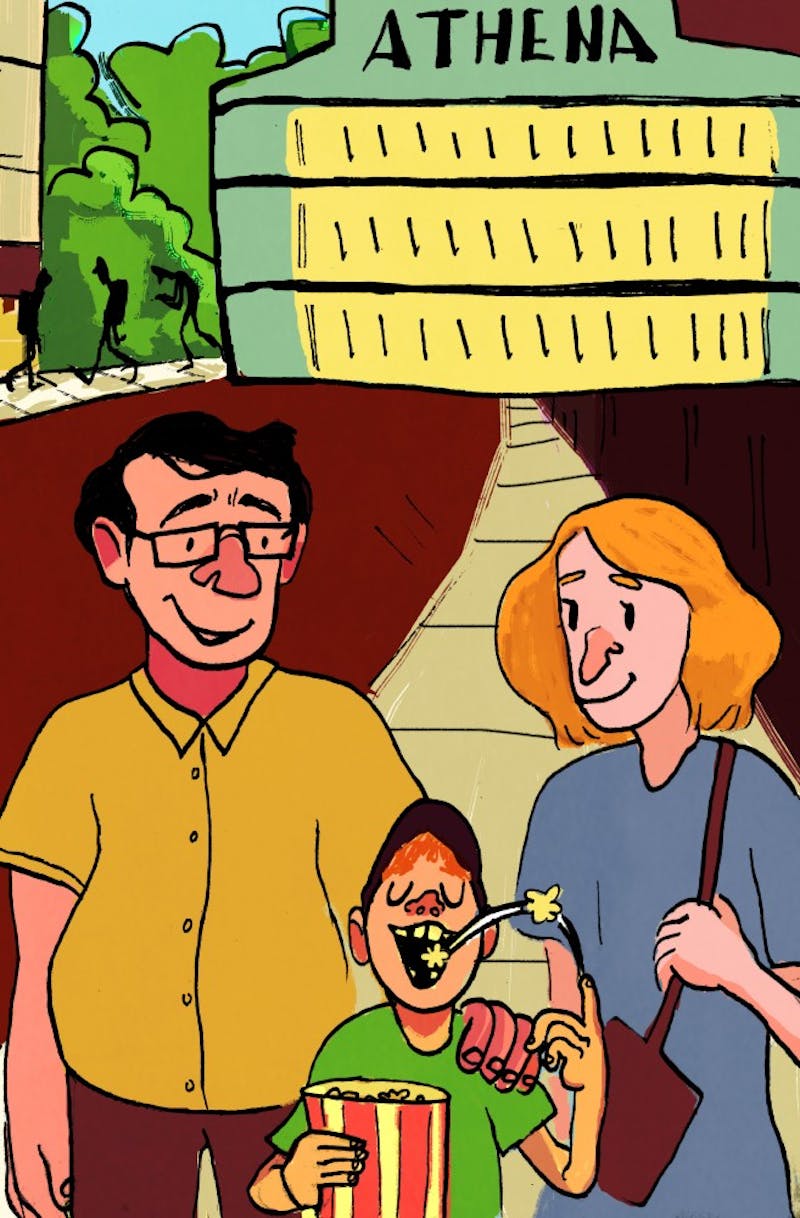 Kathy said when Craig was interviewing for the university job, she looked at places in town that she knew she would visit often, such as Kroger and the library.

“It sounds silly but I was like, ‘If I lived here, I’m going to be going to these places’ and I just really liked what I saw,” Kathy said.

House liked what she saw after her move from Dallas in 2013, too. While she thought she wouldn’t be able to live without a Target or the commodities of living in a city, she said she ended up not needing them. But one thing she did want that she hasn’t found were better schools for her boys.

“For me, I’m not going to compromise on that. … You have the small town feel,” House said. “But I think for some, myself included, when things are sort of outside of what’s needed in the norm, there are some challenges. … (But that’s) totally handled in a big city.”

She plans to move in the next few months to work at the University of Tampa in Florida, and hopes that a larger city will have schools to support her children. She said Athens gave her a chance to decompress and find she didn’t need many things to make her or her family happy, giving her a new mentality going into bigger-city living.

As far as raising a family in a college town, House and Penrod both said it is all about researching and knowing family priorities.

The Davises live in a home with no cable, but with woods in their backyard and a black lab named Trooper. When friends from New Jersey visit, they often call the Davises’ abode a “country home.”

Kathy turned to her sons and asked if they had a choice, would they rather have grown up in Hoboken or Athens, curious as to what their answers would be.

“Probably here,” he said. “If you asked me that now and I had grown up in New York, I would have been like ‘Ew, (Athens is) such a small town.’ ”

Correction: A previous version of this article incorrectly stated the ages of Nina and Jayden. Nina is 14 and Jayden is 12. The article has been updated to show the most accurate information.