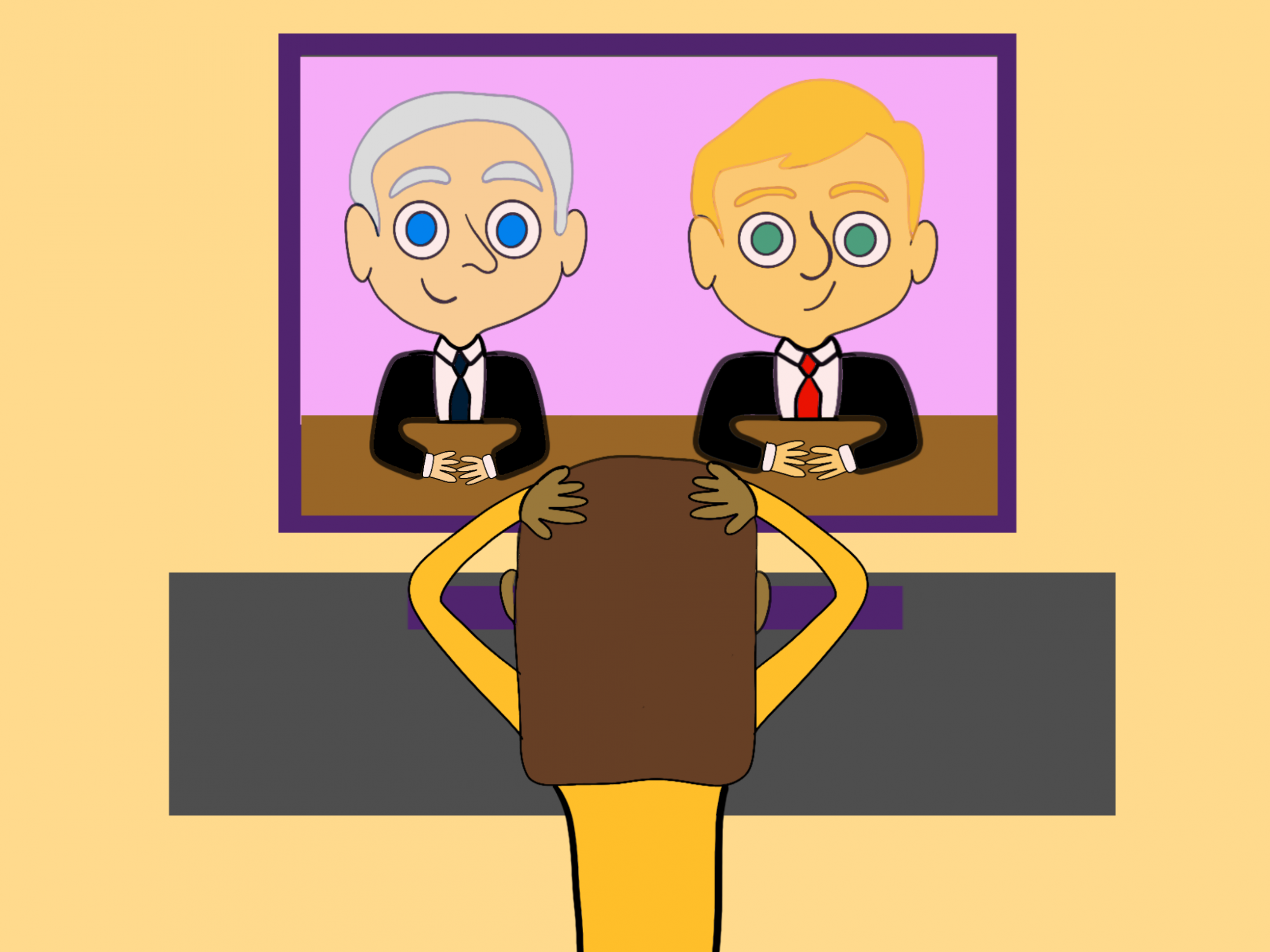 Mental Health on the Ballot

T wo weeks have now passed since Election Day. With continued political tension and debate, some are still experiencing overwhelming feelings of stress and confusion.

On Nov. 6, Decision Desk HQ declared Joe Biden the projected winner of the 2020 presidential election, exceeding 270 electoral votes. Incumbent president Donald Trump and his campaign team believe, with little to no evidence, those numbers do not match reality, and the election results have been tampered with in the process.

Since the start of election season, people have been asking themselves serious questions and making important decisions. As citizens, the primary role of voting has been completed. The people of the U.S. are now faced with new questions — questions that will only be answered with time.

No matter what people believe, those allegations have left the American people questioning much more than just their mental health. Election season itself can be stressful and, with all of today’s current struggles, those factors can begin to truly have a negative effect on mental health, Chris Henry, clinical care manager at Counseling and Psychological Services, or CPS, at Ohio University, said in an email.

“We all have been distressed by the things we have seen on our screens this year and it is easy to fall into the trap of the endless cycle of cynicism and negativity,” Henry said in an email. “Be mindful of the voices you are listening to and seek out the resources that might offer solutions and optimism.”

JB Baker, a senior studying political science at OU whose pronouns are they/them, understands the importance of the election. They also understand just how important it is to mind your mental health during this season.

Taking healthy breaks from political news and information can also be beneficial during this time, Henry said.

“Just remember how long life is. If you’re caught up so much in today, you’re gonna miss tomorrow.”-Nick Derose, a sophomore studying political science

“Keep current events in a larger perspective and seek out mentors, peers, family members, or educators who can offer support rather than engaging in unending debate with internet ‘trolls’ or others who have no stake in your personal well-being,” Henry said in an email.

With constant media coverage about the election, the pandemic and so many other stressors, it can become addictive and hard to manage exposure. Consuming negative, and sometimes confusing, over-consumption of news can lead to mental health issues, Henry said.

Finding a unique, uplifting outlet has become increasingly important to people during the pandemic and political unrest. As they must still continue social distancing, Baker has become creative in their means of meeting via Zoom.

“If you are able to reach out to a mental health professional in the sense of therapy that you can go to, or even if it’s just talking with a friend, it’s just a matter of figuring out what works best for you,” Baker said.

There is no shame in seeking help and support, if needed. Many others are feeling similar feelings right now.

“Honestly, over the last couple weeks, I have had more anxiety than I ever have had in my entire life,” Hannah Karr, a freshman studying strategic communication, said. “And I’ve found that one thing that helps me is to not stay off my phone, but to stop checking social media so much.”

Karr can attest to feelings many people have maybe felt over these past couple of months. In the U.S., there are the added stresses of the presidential election atop the global pandemic that are hanging in the balance.

“I also have been reading more of The Washington Post and reliable news outlets, as opposed to just scrolling through Twitter and TikTok and getting stressed out about what everybody says,” Karr said. “I feel like just staying off social media and not falling into the trap of believing whatever you see helps a lot.”

Karr agreed that it is greatly beneficial to monitor your exposure to the media right now. As a young journalist, she also holds the responsibility of weeding out the false narratives and information people may be putting out at this time. Karr remains aware of the traps one can fall into in the media right now and continues to be aware of the media she is consuming.

“The main thing is surrounding yourself with people who make you feel safe and remembering that your beliefs are valid,” Karr said.

When anxiety and stress creep in, Karr knows what is important to remember at the end of the day. She said she has a great support system in her friends and family.

“Take a deep breath, watch a movie and just kind of chill out,” Nick Derose, a sophomore studying political science, said. “Some people’s brains move way too fast in these scenarios, so just taking time to try and chill out.”

Derose offers a life viewpoint during these times, one that many miss when they are caught up in politics. He feels there is no reason to let political unrest overtake a calm mind.

“I struggled a lot with post-election guilt, in the sense that I’m a white cisgender woman,” Anderson said. “Whatever happens, I’ll probably be fine, and I felt a lot of guilt for that.”-Jilly Anderson, a junior studying war and peace studies

“The media, just like anything else, can become addictive if you use it too much,” Derose said. “Just remember how long life is. If you’re caught up so much in today, you’re gonna miss tomorrow.”

Derose’s message is one applicable to many circumstances right now. Living with such a philosophy has helped Derose immensely in navigating the issues in the world right now.

Jilly Anderson is a junior studying war and peace studies. Anderson finds it extremely important to be aware of the world around her as well as the state of her mental health.

“If something is important, it will be trending in an hour,” Anderson said. “So there’s no need to constantly be on your phone watching the news all day just waiting for something to happen and adding to that tension.”

In finding a healthy balance while continuing to keep herself educated, Anderson has limited her political podcast time. She has found this exposure level to be good for both her personal role in democracy and her personal mental health.

“I promised myself I’m only listening to one political podcast a day,” Anderson said. “I think it’s healthy.”

Anderson reminds herself and others that truly important information is spread in time. There is no need to spend hours searching for it; there is enough stress as is, she said.

“I struggled a lot with post-election guilt, in the sense that I’m a white cisgender woman,” Anderson said. “Whatever happens, I’ll probably be fine, and I felt a lot of guilt for that.”

Anderson recognizes a great privilege she feels she had coming into her first election. She said she has the luxury of being able to tune out during the election that some people don’t have. She found it important to recognize her privilege in this election and, with that in mind, voted.

From waiting for a time where it is safe to go back outside without a mask to waiting to hear the name of our next president elect, Anderson said how tired people are of just waiting.

“Just because we’re at this standstill and this waiting game,” Anderson said, “it’s hard.”

While still feeling the election anxiety, Anderson also offers this thought to remember in the waiting: “I know it’s drawn out; I know it’s frustrating, and you just want an answer” Anderson said. “But this is democracy. You don’t want it to happen all at once. You want there to be a process because you know that means everyone’s working.”

Anderson continually reminds herself, “democracy’s working.” She is trusting the process and knows it will all be worth it, and she hopes the people do, too.