I n previous “normal” years, the job of leading Ohio University’s Student Senate is a complicated task, but few former presidents have dealt with the same storm as the current president, Ian Carter. 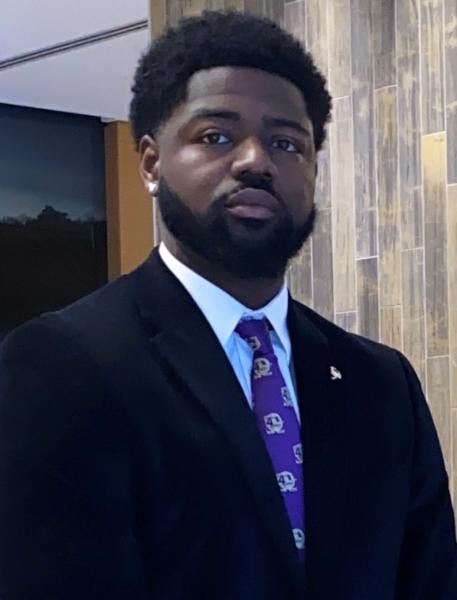 Originally, though, Carter almost avoided these headaches. At first, he didn’t intend to run for president.

The final ticket included Carter as president, Eliza Ivan as treasurer and Lilly as vice president. Even with their support, Carter still ran into difficulties due to the online setting.

“One thing I can say is the whole being online thing is just different. Communication is ran differently than how Student Senate normally operates and me, coming (with) no prior experience, I had to make my own way as I went through it,” Carter said.

While Carter lamented the difficulties of being online, Lilly believes he did a good job of facilitating online meetings.

“You sit in a room, and he might not be the most talkative person, but he's the one that is listening to what everybody (is) saying,” Lilly said. “He genuinely cares about what people have to say.”

Most students become friends in the dining halls, dorms or through other activities, but Lilly and Carter forged their bond through leading Senate together. Carter formed a close bond with his vice president throughout the year.

“(We) definitely have different senses of humor. Mine's a lot dorkier than his,” Lilly said. “But in the end, we just balanced each other out really well and have just really gotten to understand each other really well.”

As Carter is nearing the end of his term, he has positive words for how Senate has allowed him to get out of his comfort zone and is still helping him in the final days of his position.

“I still think Student Senate is just helping me grow more because I am getting out of my comfort zone doing different things I've never done,” Carter said. “I’m still growing and learning, and Student Senate is helping with that.”

Despite his growth and new skills, Carter doesn’t aspire to begin a career in politics. Instead, he aims to use his biological sciences degree as a background for dentistry.

“I still think Student Senate is just helping me grow more because I am getting out of my comfort zone doing different things I've never done. I’m still growing and learning, and Student Senate is helping with that.”—Ian Carter, student senate president

“Knowing how hard he worked as a person … it made you, as a Senator, want to work hard and achieve as much as he was as a person,” Dickens said. “He made the entire environment very comfortable. He made it adaptable as well, especially for those struggling to adapt to the online platform that we had to adjust.”

One of the more recent examples of Carter’s hard work comes from the continuation of the Satisfactory/No credit alternate grading system this semester. To get the popular policy back into the hands of students, Carter had to spend hours using his personal skills.

“A lot of meetings,” Carter said of the process. “But it was just talking to different groups who actually had the say-so on that basis … just going to countless meetings.”

While the S/NC option was a key point in the administration’s success this year, Governmental Affairs Commissioner Maxeen Ramlo believed it was not the largest achievement of the past year.

“A continuation of such a policy is great, but it isn’t enough to leave a good legacy for a Student Senate President,” Ramlo said in an email.

Regardless of how his administration is viewed, next year, Carter will be succeeded by Ivan, the current Senate treasurer. Ivan expressed gratitude for Carter helping her understand the importance of optimism.

“A key lesson I learned from President Carter would be to stay positive and hopeful. In all of our projects, Ian would stay hopeful and positive when things would go differently than we expected them to,” Ivan said in an email.

Despite the frustrations and success of the long and difficult year — both for Carter and many students — Carter had a message for incoming freshmen.

“A lot of people do that when they come to college: they reinvent themselves to the person that they want to be. So I would say just get out, meet new people, try new things,” Carter said. “You come here to get education, but you can learn so much about yourself and others outside of the classroom.”