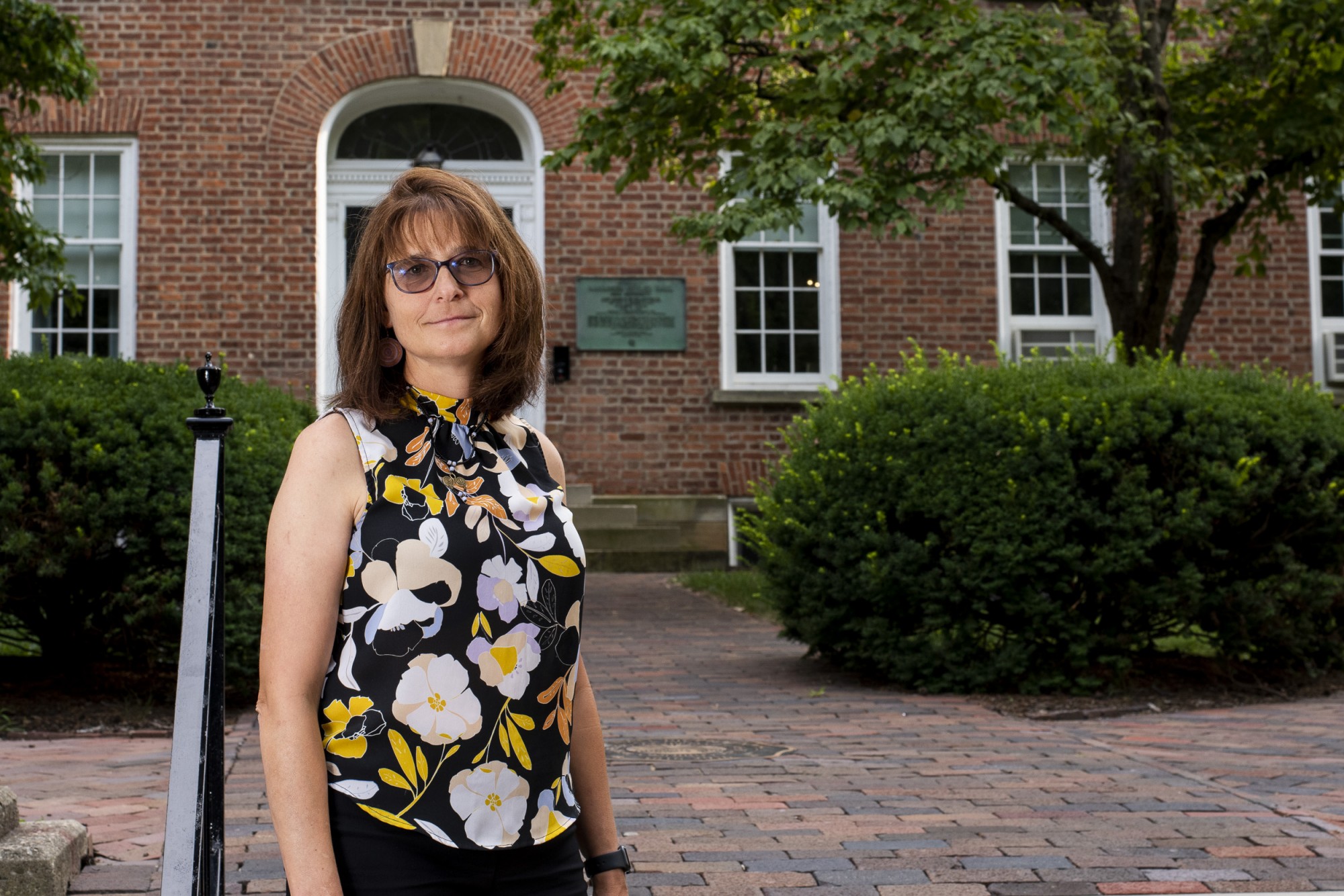 The “face and voice” of OU’s COVID-19 response

‘I wanted to be part of the solution’: Inside the various roles of Gillian Ice

W eathering the dynamic nature of the COVID-19 pandemic has offered many challenges, but one person has spearheaded Ohio University’s pandemic response, advocating for safe university health protocols: Gillian Ice.

As special assistant to the president for public health operations, Ice helped to implement asymptomatic testing procedures and outline interim health guidelines for residence halls and the university community, all while facing criticism in her role during the 2020-21 academic year.

In addition, Ice oversees non-clinical case management, coordinates the university’s response when students test positive for COVID-19 and shares information about public health initiatives, according to a university news release.

Ice was appointed to her current position following her work as a professor of social medicine in the Heritage College of Osteopathic Medicine and as the director of OU’s Global Health Initiative programs.

“Her knowledge of epidemiology…served us extremely well when we had to pivot quickly because of the pandemic,” Carly Leatherwood, a university spokesperson, said. “We were able to bring (her) in to advise us on something that none of us have ever experienced before in our lifetime.”

Prior to the onset of the pandemic in March 2020, Ice was in Ethiopia for a little over two weeks running a research training program. Once she returned to the U.S., she immediately started studying the specifics of COVID-19.

Ice said her position evolved from her interest in participating in Fall Semester 2020 planning, volunteer work with the Warren City Health Department and university committee work.

“As soon as the university started putting together groups of people to sort of plan for the fall, I begged to participate in it,” Ice said. “I wanted to be part of the solution.”

As she enters the second year in her position following the renewal of her contract, which was set to expire June 30, Ice is prepared to move forward in the new era of the COVID-19 pandemic.

Ice’s position primarily began with case management on campus while advising the university. Although she said it was overwhelming, her role has evolved, and she now works collaboratively with Jivanto Van Hemert, director of case management and COVID response operations, and Meredith Erlewine, public health communications specialist, to accomplish these tasks while remaining a single point of contact regarding COVID-19.

Ice’s role in the university’s COVID-19 plans also involves communicating directly with the president of OU. Recently, former OU President Duane Nellis stepped down, and Hugh Sherman became OU’s 22nd president. The transition has been seamless for Ice and her team, she said.

“As we knew Dr. Sherman was coming in, I set up a time to meet with him so that we were on the same page right away,” Ice said. “I work very closely with the president, and I did with Dr. Nellis and I will continue to do so with Dr. Sherman.”

During the 2020-21 academic year, student confusion arose over OU’s Testing/Tracing/Quarantine Implementation Team. As the team began contacting students with positive COVID-19 cases, the Athens City-County Health Department, or ACCHD, was also trying to get in contact, Ice said.

OU’s partnership with ACCHD has grown from contract tracing services and collaboration. Ice said she was able to develop a working relationship with Jack Pepper, administrator of the ACCHD

“I so value that ability to communicate, to have a direct communication channel and bounce ideas off of each other and problem solve together,” Ice said. “A lot of times universities have that sort of town divide which I think we do have here in Athens. With respect to the health department, I haven't felt that at all.”

In her role, Ice also managed concerns sent to her through email and on social media. Ice said she wanted to directly communicate the actions taking place behind the scenes. Erlewine and Ice developed Public Health Update emails as a way to confront this issue.

COVID operations’ social media accounts were also developed as an additional way to communicate content. Although Ice has always treated Twitter as work-related, her social media presence shifted due to the pandemic and her new role, resulting in some social media criticism.

“Maybe people might imagine that Gillian’s just sitting there in a tower on campus making rules that make everybody unhappy,” Erlewine said. “When I see the emails that come in that do complain about the public health measures, I just get the feeling that people can’t imagine that this is actually a huge responsibility.”

At times when comments got under her skin, Ice said she relied on the support of her friends and family.

“Her role comes from a place of deep care and commitment,” Leatherwood said. “She's a caring human being who's really trying to make an impact for everybody.”

In October 2020, students expressed frustration on social media regarding the quarantine meals given to them in isolation. Leatherwood said she saw photographs posted online, and she agreed the food did not look appetizing. Their goal became finding a way to keep students satisfied with the food in isolation, so they would not leave and potentially spread coronavirus.

In response, Ice decided to try the quarantine meals for herself. Leatherwood said she got the meals delivered to her home to be eaten by her family, and Ice provided direct feedback for change.

“It's understandable people have concerns and questions and want to ask for feedback or they want to tell me their opinion…I do try to respond to almost everybody that sends me an email, nasty or not,” Ice said. “Everyone's processing this emotionally too, and for some people, it makes them feel better to shoot off an email and get their anger out on people…it's not going to prevent me from doing my job”

As OU plans to transition to a more normal Fall Semester with an increase of in-person classes, Ice said everything the university learned last year will be useful for this change.

“We don't want to disrupt individuals' lives, disrupt classes, disrupt campus activities by having uncontrolled disease,” Ice said. “We need everybody…doing what we can to encourage those around us to be safe and a big part of that is the vaccine because we want everyone to go back to normal life, and as long as we still have the virus around it's never going to be fully normal.”

Ice predicts about 50% of students will be vaccinated by the fall and said a push for vaccination will be important.

“She really has become the face and voice of our COVID response for the university and a trusted voice for parents and families who were maybe worried about sending their students back after we all went home,” Leatherwood said.

Molly Wilson contributed to this report.

Correction: A previous version of this article incorrectly stated that Ice had lived in Ethiopia. She had only been there for a little over two weeks to conduct research training. This article has been updated to reflect the most accurate information.