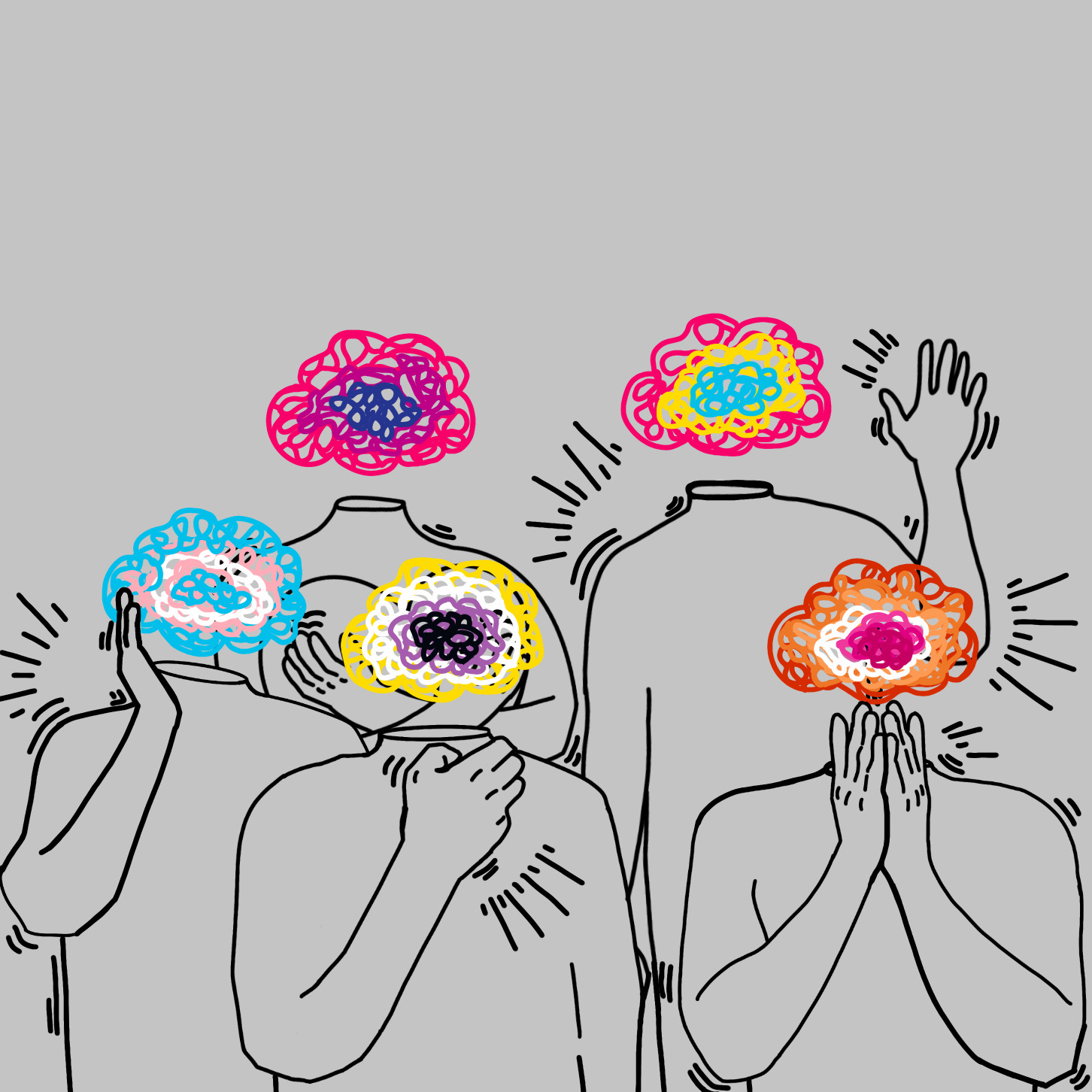 A Spectrum of Mental Health

A look into mental health resources for LGBTQ+ students at OU

A s new college students enter the university space for the first time, they face a number of questions. Those who identify as LGBTQ+ face many more.

“It's largely, for students, the first time that they feel like they can date or express themselves openly if they came from a community where that wasn't the case,” Micah McCarey, director of Ohio University’s LGBT Center, said.

The additional societal stressors can contribute to mental health.

“The LGBTQ community have a tendency to have undiagnosed mental health issues,” Elizabeth Elrod, a senior studying music therapy, said. “The LGBTQ community typically has a lack of ability to access resources based off of marginalization, whether that comes from students, parents, or whether it comes from lack of education about LGBTQ+ resources.”

For those who identify as LGBTQ+ and experience mental health issues, finding care that acknowledges and affirms them is vital to a positive experience.

OU’s Counseling and Psychological Services, or CPS, is offered to all university students in three options: individual therapy, group therapy and psychiatric consultation. After reaching out to CPS, students will be set up with a mental health professional to discuss the challenges they are facing in an initial consultation, David Lairmore, a psychologist and outreach coordinator with CPS, said.

Lynn Caldwell, a masters student studying applied linguistics who uses they/them pronouns, was first connected to CPS in 2014-2015, when they began working on their bachelor’s degree at OU. Caldwell worked with a counselor who they felt ignored their personal feelings relating to their life experiences.

While Caldwell agrees that sexuality can be informed by one's traumatic experiences, in their case it was not. Caldwell said their first CPS counselor was unable to disassociate Caldwell’s asexuality with their previous sexual trauma. The counselor was not focussed on them as a person, they said.

Caldwell said they have also heard other individuals speak about experiences in which psychologists who are not familiar with LGBTQ+ issues aren’t able to understand the unique experience of LGBTQ+ identifying people. 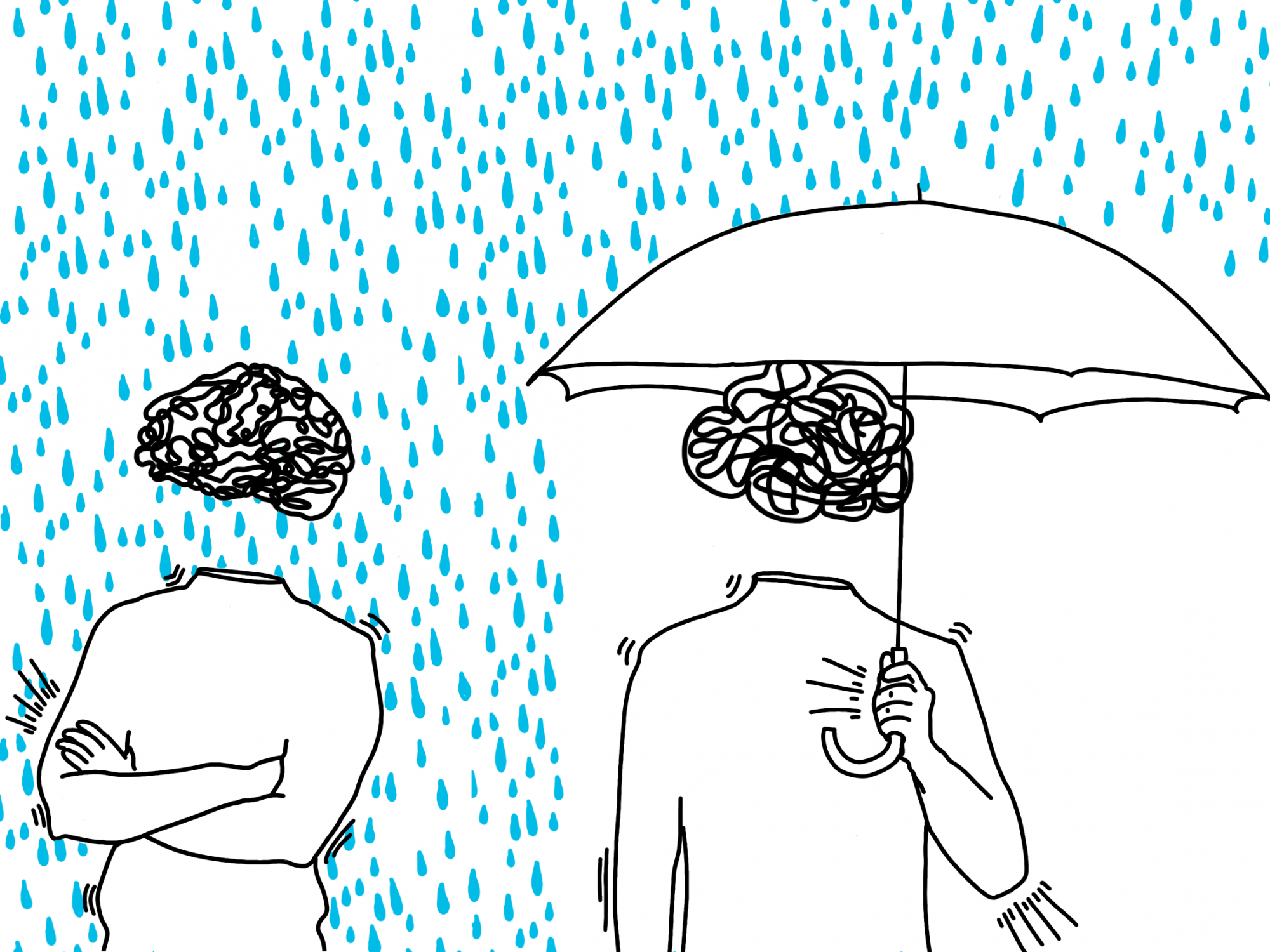 People who may be experiencing challenges that are interrelated with their identity, sexuality or gender have specialized CPS resources available for them, Lairmore said. Of these resources, support group therapy, which is tailored to particular populations who identify LGBTQ+, is a prospective option.

“It's not just a coming out group as some people have heard that phrase before,” Lairmore said. “This is for students that are experiencing general mental health challenges on top of maybe their sexual orientation or their gender identity and would like to receive support from other students that are within that same community.”

Caldwell has utilized CPS’s individual therapy sessions, and they participated in a transgender therapy group conducted through CPS in 2014-15.

However, Caldwell expressed concerns regarding safety and comfort within the group during that time.

“I had asked some questions that I wasn't sure if it was related to my disorder or if it was related to my transness because it was sort of impacting both,” Caldwell said. “The moderator was like ‘you know, I don't feel this group can help you because you're the only one who experiences that … it was very much like ‘you need to stop’ and it was in front of the entire group of people … I will never forget that.”

This was Caldwell’s last experience with the transgender CPS group.

While Caldwell initially had negative experiences with the group in 2014-15, they said they had another experience with a CPS counselor in 2018 after returning to OU that was different. Caldwell was connected with a counselor who was interested in understanding and getting to know them on a personal level, which made them feel heard.

Today, the group therapy options offered through CPS currently include two LGBTQ+ specific sessions: Spectrum and Out, Questioning and Allied, or OQA.

Those group therapies consist of 5-10 people each session. Spectrum is a group targeted towards transgender, non-binary, gender non-conforming and gender fluid individuals, according to OU’s website. The second LGBTQ+ specific group, OQA, is offered to all LGBTQ+ OU students who want to discuss mental health challenges, stressors, sexual orientation and gender.

McCarey said the Center and CPS work closely with one another when students feel professional help and expertise is what they need.

“There's lots of research that shows the disproportionate rates of … anxiety and depression that many of our LGBTQ students experience compared to their cisgender or heterosexual counterparts,” McCarey said.

Upon returning to OU in 2018 to finish their bachelor's degree after taking time off due to a family emergency, Caldwell noticed an atmospheric shift within the center. Caldwell said during their time as freshman and sophomore at OU, the environment within the center “was such that … if you have a pretty disorder or pretty illness you get all the love and care in the world.”

Caldwell defines a pretty disorder as a serious disorder or mental illness that is romanticized within online communities. Within the center during 2014-15, disorders such as anxiety or depression were accepted, while others were not treated equally, they said.

Despite the previous negative experience, Caldwell, who also works in the center, believes the current operations of the LGBT center provide students with a more welcoming space to openly discuss the issues that they are currently facing as college students.

“We went from an LGBT center in which it was kind of frowned upon if you talked about certain elements of intersectionality,” Caldwell said. “To a situation where the goal is for everyone and every experience to be heard and that's not a statement that anyone has outright made, but it's a feeling.”

Lairmore said he believes the identities and unique experiences shared by individuals of the LGBTQ+ community bind individuals together and creates a supportive environment for those who may be struggling with their mental health.

“Our culture in this country has gotten better in some places, but it's still not there,” Lairmore said. “We're seeing, still a lot of behavioral health issues, physical health issues that … LGBTQ+ individuals are at greater risk for because of their identities.”

McCarey said CPS and the LGBT Center have also worked together to create a Well-being Wednesday session offered 11 a.m. to 12 p.m over Teams, and those interested in joining in can contact the LGBT Center. This is a peer-to-peer initiative, McCarey said, that is offered as a voluntary support session outside of the CPS options.

“I feel like having important conversations about queer life and living as a queer person with other queer people is just really good, and connects us in a way that I don't feel connected to a lot of other people,” Carmen Szukaitis, a sophomore studying journalism, said.

Additionally, Christian English, an undecided freshman, believes conversations with individuals of the LGBTQ+ community have informed his personal experiences.

“Sometimes I could be a listening ear for someone else and also help them if they couldn’t find the advice themselves,” English said. “It’s one of those things where you could find advice from other people that you wouldn’t expect to gain from yourself, or other figures in your life.”

While Lairmore believes CPS staff members are able to facilitate LGBTQ+ conversations, he said CPS employees are generalists as opposed to specialists in all mental health capacities.

“If they (students) talk to one of us and they say ‘you know you've been really helpful, but I think I need more specialized care’ ... We would help them connect with someone more specialized at that point,” Lairmore said.

Those students would be directed to professionals outside of the university space for specialized LGBTQ+ care if needed.

Additionally, Lairmore said while CPS is a valuable resource for students, it is usually only able to connect students to psychologists or counselors for a short time. Within individual counseling and therapy, students are often directed to a long-term counselor outside of CPS if this is something the student needs.

“We realize that impact can be harsh and can be hard sometimes on students, but we try our best to work within our short term model and still give as much availability as we can,” Lairmore said.

However, for many students, that leaves more to be desired.

“I think students would definitely benefit from something more long term because it's just not like a one-and-done thing where you talk to a counselor one time and like all your problems are fixed,” Szukaitis said. “It has to be over a long extended period of time where you can talk about different things that are going on in your life at that current moment and eventually build that relationship with that professional.” 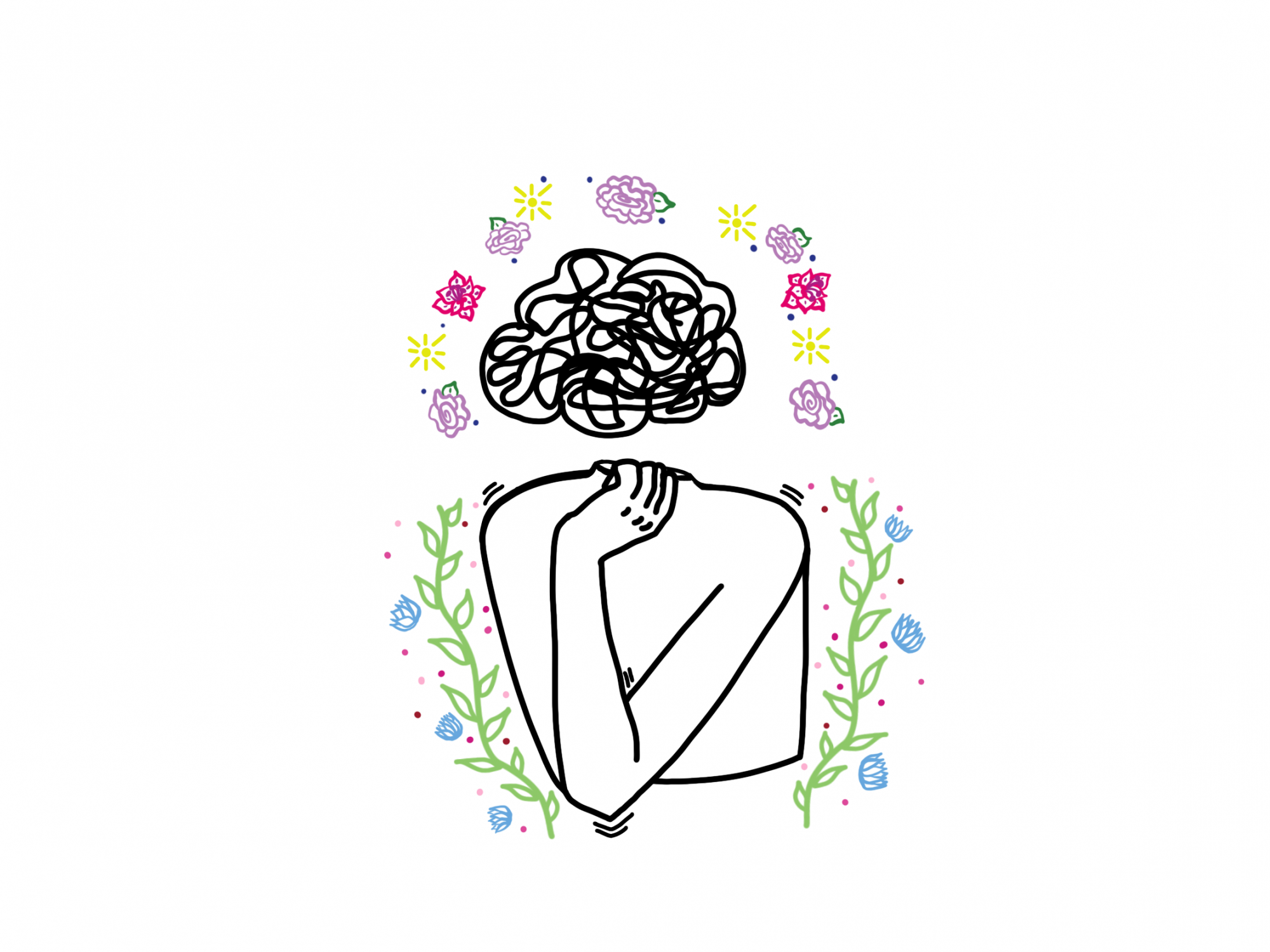 Szukaitis said CPS would not be her first option when seeking out mental health care at OU. She has worked with other healthcare professionals outside the university in the past, and would seek out care through this same way if it was something she felt she needed.

CPS is a service that is included as part of students tuition and fees each semester. Students who are enrolled in the OHIO Guarantee program do not have to pay the additional wellbeing fee of $45. However, students are able to opt out of this service if they choose.

After students graduate, navigating therapy outside of the university becomes more complicated

“Now they're being sent to the world, the world who is not as focused on care,” Caldwell said. “The world that is very stigmatizing, depending on what disorder you have, because again institutionalized stigmatization of different disorders is a very real thing and it can prevent people from getting care.”

Additionally, Caldwell proposed the challenge of finding a counselor who is informed on LGBTQ+ specific issues such as trauma, identity, discrimination, bullying and abuse once students have left OU and thus, CPS’s care.

For many people in the LGBTQ+ community, this specialization has a significant impact on their experience with mental health care.

“There are people who are just not fit to counsel someone within the LGBT community just because they have no experience over it, and I’ve definitely been where I, or where a counselor, just said ‘I can’t see you anymore’ because they feel like your problems are not problems,” Szukaitis said. “I think as a queer individual you should definitely try to find someone who has experience with LGBT people.”