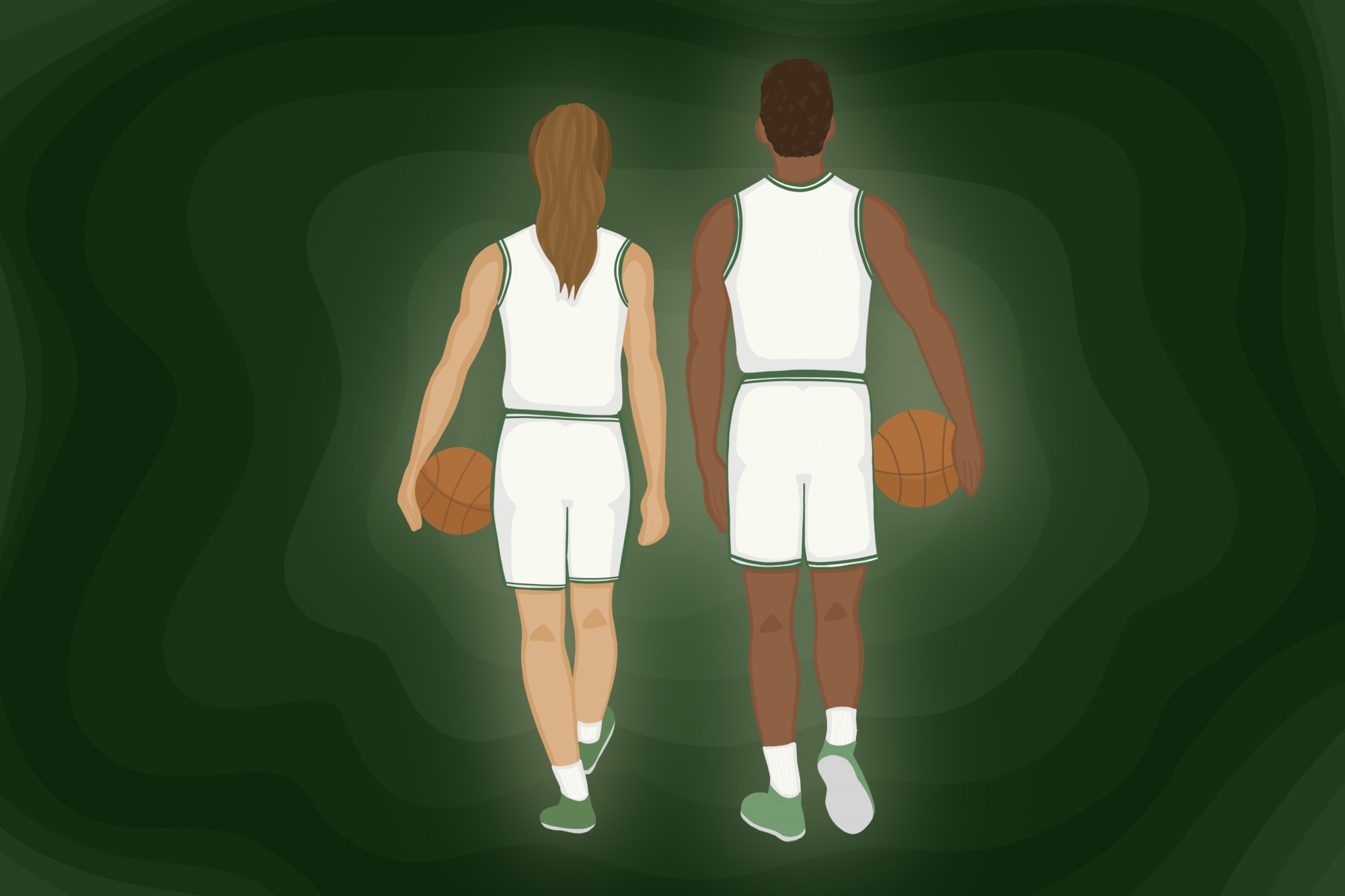 Cheering Each Other On

When it comes to basketball at Ohio, the Bobcats are a family. And recently, the family business has been booming.

For the second season in a row, both Ohio men’s and women’s teams are headed to Cleveland for a shot at winning the Mid-American Conference Tournament. And even though they won’t be playing together, the special bond the two squads have could provide a unique advantage.

For example, in last season’s women’s MAC quarterfinal, Ohio played Western Michigan in front of zero fans, but nobody said the men’s team couldn’t be there.

And even though the men’s team took up about 20 spots in a Rocket Mortgage FieldHouse full of empty seats, the guys made their presence felt in the women’s team’s biggest moment. Ohio beat Western Michigan 84-75, thanks to its traveling O-Zone.

When Cece Hooks would shoot, the men would cheer, but when the Broncos tried to muster offense, the Bobcats would yell, tease and create chaos in the stands.

Most schools have men’s and women’s basketball teams, but not everyone is as close as Ohio basketball. And it’s willing to put its bond up against anybody in the country.

“I don’t know if there’s a program in the country that has a men’s staff and a women’s staff that cheers for each other more than we do,” Ohio women’s coach Bob Boldon said earlier this season. “It’s genuine, and they’re great guys. I hope nothing but the best for them.”

At Ohio, the men’s and women’s team try to be as connected as possible. There’s no Bobcats and Lady Bobcats. Everyone, man or woman, who came to Athens came to ball. And that mindset is shared.

Despite being coached by two different men, both Ohio squads sort of mirrored each other this season. Their records, 13-7, 9-5 MAC for the men and 12-7-10-6 MAC for the women, are similar. Both teams are led by stellar point guards, both went on winning streaks around the same time and both had fought battles with COVID-19.

Going through the same issues is another way the teams are capable of bonding. In The Convo, the men and women share so much of the courtand training facilities equipment it’s impossible not to strike up a conversation.

“We’ve talked about life, cartoons, whatever it might be,'' Boldon said.

Part of the reason why Boldon is so high on the men’s team is because he has a connection with its head coach, Jeff Boals. Boldon and Boals’ offices are close to each other, but when Boals set up shop two years ago, Boldon already knew his new coworker pretty well.

“(Boldon) and I are both from Northeast Ohio,” Boals said. “We were both at Akron as assistants together, so I’ve known Bob for a while.”

From 2006-2008, Boals and Boldon each served as assistants in the same program with hopes of running their own programs one day. The pair seem to have set their roots in Athens. Boals called Ohio his dream job the day he was introduced. And Boldon is without question the best women’s coach in program history.

“I think, number one, it starts with Bob,” Boals said. “He’s a phenomenal person and, obviously, a great coach.”

When Ohio travels to Cleveland next week for the MAC Tournament, both teams will face tough odds. The bracket is deep on both sides, and neither the men or the women are favored. But like multiple times in the past, they’ll feed off one another and support each other.