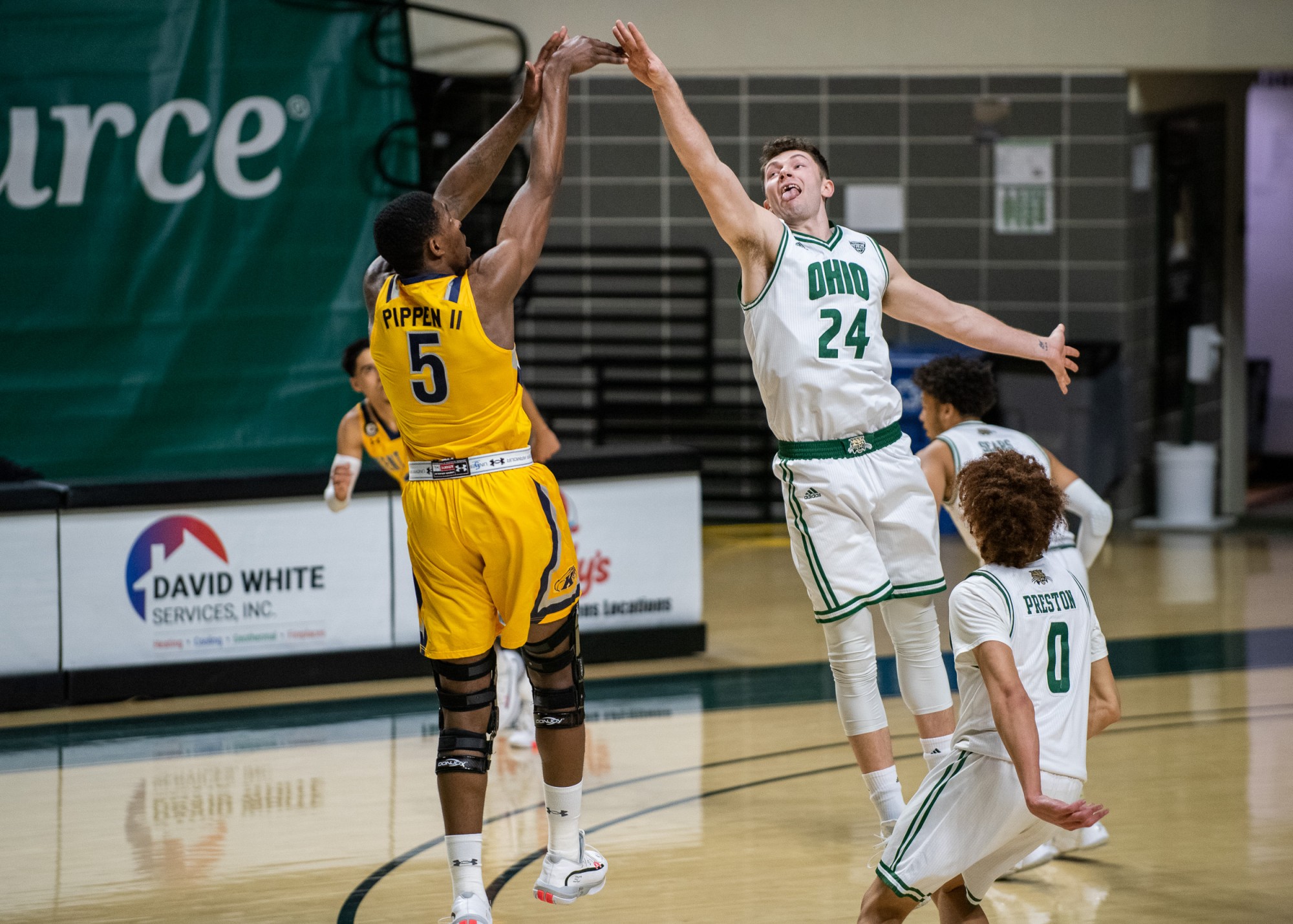 Ohio has booked its ticket to Cleveland.

With their win over Eastern Michigan on Feb. 25, the Bobcats are one of the eight teams that have qualified for the Mid-American Conference Tournament. Unlike previous seasons, only the top eight teams in the conference will qualify, and every game will be played in the Rocket Mortgage FieldHouse.

Bobcats coach Jeff Boals anticipates the three-day tournament to be a free-for-all. Even teams at the top of the conference have slipped up against teams they were predicted to beat. Ball State, who clinched the final spot in the tournament on a 7-8 record, has beaten MAC leader Toledo by 14 points.

“Whoever you play is gonna be good,” Boals said. “And when you get to that point, your margin for error is smaller. I think from that standpoint, whoever we play is going to be good.”

All eight teams made it to the MAC Tournament for a reason, so The Post broke down how each qualifying team stacks up in the week before they travel to Cleveland:

The Rockets are almost untouchable. A 14-4 conference record maintained by a roster boasting the second-best offense and defense in the conference is going to be a tough nut for any team to crack. Their worst loss to a MAC team was a 14-point upset by Ball State. They lost the other two games by seven points or fewer.

Marreon Jackson has been a pain for any team to defend against this season. Toledo’s star guard averages 17.5 points per game and leads the Rockets in assists and steals. Spencer Littleson carries the Rockets behind the arc with a 48.4 3-point percentage, the best in the MAC.

Toledo was picked to finish sixth in the conference in the MAC Preseason Coaches’ Poll and has proven that prediction flat wrong.

The Zips have lived up to expectations this season. They are old, experienced and effective. Senior guard Loren Crisitan Jackson leads the MAC with 21.4 points per game, with 30+ point games against both Kent State and Toledo. Enrique Freeman totes 8.8 rebounds per game, placing him second in the conference and raising the Zips’ chances to run up the score.

Akron has also beaten six of the seven other qualifying teams at least once, which provides it with valuable insight. It has firsthand experience with every team and knows what it needs to do to advance.

The Golden Flashes, much like Toledo, have surpassed expectations this season. They were predicted to finish seventh in the MAC and now sit tied with Akron for second in the standings.

While Kent State’s offense straddles the middle of the road in the conference, their No. 1 defense more than makes up for it. Its 40 rebounds per game is the second best in the MAC, beaten out by Buffalo by almost four.

The white whales evading the Golden Flashes this season are wins over Toledo and Akron. They have been beaten in every meeting by both teams, which doesn’t spell well for them if they were to advance in the MAC Tournament.

Buffalo will be entering the MAC Tournament with one thing most of the competition is lacking: depth. Four of its players rank in the top 25 MAC scoring leaders, the most of any team in the tournament. It also has the most productive offense in the conference, averaging 82.9 points per game.

The strength of the Bulls roster centers around Josh Mballa, who leads both the Bulls and the MAC in rebounds, and cracks the conference’s top 15 in scoring and field goal percentage.

A deep and capable Buffalo offense blew out Ohio 86-66 on Saturday, days after Ohio had beaten both Akron and Eastern Michigan by a combined 36 points. It can strike fear into even the best defense in the MAC, and that might be Buffalo’s key to success.

Ohio has spent its entire season proving it has more to show than it lets on.

It first took then-No. 8 Illinois to the buzzer the day after Thanksgiving, and it was then revealed Ohio wasn’t the wishy-washy team it was in previous seasons. Jason Preston and Ben Vander Plas had grown into their roles as starters, and transfer Dwight Wilson III provided a necessary presence in the paint.

After a heated loss to Kent State on Jan. 16, the Bobcats went on a six-game win streak that was briefly interrupted by a COVID-19 lockdown. Due to the lockdown, they were forced to play three rescheduled games over five days, which wore them down enough for Buffalo to snap their streak Feb. 27.

Despite the loss, Ohio is in a decent position for the tournament. If it can pull off a win against Bowling Green in its final game of the regular season, it will enter Cleveland on the upswing.

2020-2021 has been a tough season for the Falcons. They were predicted to finish first in the conference, but a six-game crash through January and February sent them crashing through the floor.

However, it seems to have rebounded from its skid and fanagled four straight wins heading into the final week of the regular season. Justin Turner has scored double digits in every single game this season, cementing him as one of the most offensively capable players in the conference.

Alongside Turner, Daeqwon Plowden has averaged 12.1 points per game in his senior season and has the best field goal percentage among Falcons who have played in all 23 games. Bowling Green may have hit a bump on the road, but its trip to Cleveland might not end so quickly.

The RedHawks don’t have the firepower other teams will bring to Cleveland. They average a meager 72.2 points per game, worse than even Central Michigan, who has won six games this season.

But that’s just the thing. Offense isn’t the key.

Miami’s strength lies in its defense. It has allowed 71.1 points per game, which has won it games against Bowling Green and Ball State. The margin for error is slim, but Miami might be able to pull off an upset if the defense holds on.

The Cardinals are the only team this season to have earned a spot in the tournament with a record below .500, but it's the wins that make them a wild card.

Ball State has taken down Toledo, Kent State and Bowling Green this season. Senior guard Ishmael El-Amin has averaged 16.2 points per game this season and put up 33 points against Central Michigan on Feb. 27. If Ball State has any chance of a postseason surge, El-Amin will be the spearhead.

Unpredictability is what makes basketball tournaments interesting, and Ball State has a chance to become the MAC’s Cinderella story.