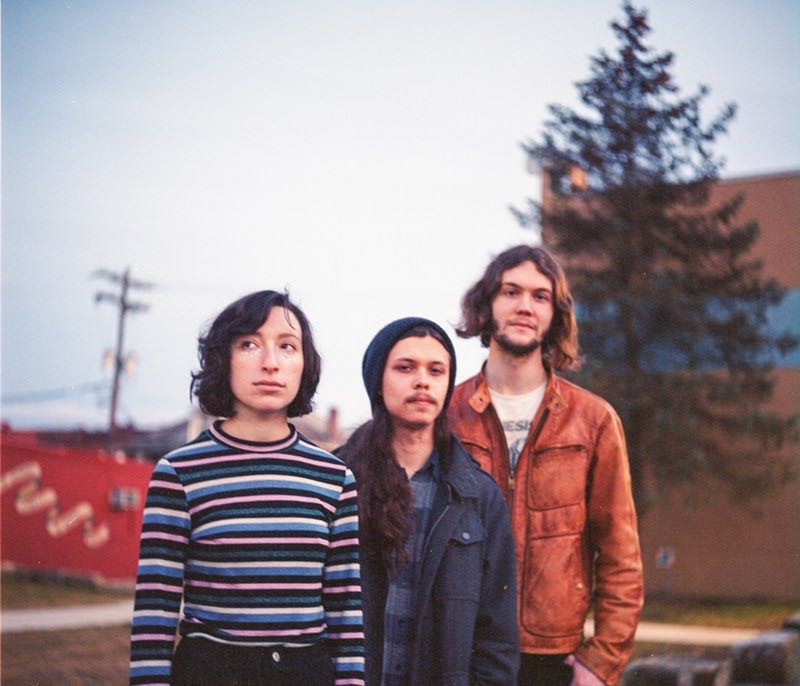 E mma Schultz didn’t plan for this to happen. After graduating from Ohio University in 2018, she spent all of her time forming and furthering the success of her band, No Stars — finding bandmates, releasing an EP and regularly playing several venues around Athens.

Now, Schultz’s progress has come to a screeching halt due to COVID-19.

In early March when the pandemic began, Schultz and No Stars were just getting ready to start their main spring performances. She knew once the government started taking more serious action to combat the coronavirus that it would have an impact on her band, but she never expected a fully canceled spring season.

“It sucks that something we’ve been looking forward to is not actually happening anymore,” Schultz said.

Schultz has also seen the impact of the changes in the music industry as a whole. However, she has a firsthand understanding of the impact of the pandemic on the local music scene between her own band, her boyfriend’s band and her friends in other bands around Athens.

“It’s greatly impacted everyone across the board involved in the music industry. Everyone has to show solidarity right now and figure out ways to support each other and support themselves through whatever way they can.”-Julian Runyon

Schultz and the rest of her bandmates have been taking the quarantine seriously. They aren’t meeting up to practice but have been working on writing music individually. Mainly, their focus is staying connected as a group and finding ways to keep the creativity flowing throughout their separation.

Virtual connection through group chats and other online methods has been a huge focal point for Schultz and her band as well as her boyfriend, Daniel Palmer, and his band, Sneakthief.

Palmer started Sneakthief with his friends in 2018, and the band released its first EP in April 2019. He plays local Athens venues multiple times per week, has his music on every streaming service and was in the midst of planning his very first tour when the pandemic hit.

“I’m worried that the competition is going to be a little too much to try and get shows because everybody is going to try to be touring again,” Palmer said.

It’s no surprise that the performances were canceled, as all concert venues and bars are completely shut down. The devastation of canceled shows isn’t just for No Stars and Sneakthief; the same goes for Julian Runyon, an Ohio University senior who started his band, The Infinite Improbability Drive, at the end of summer 2018.

The electrical engineering major worked with his band to release its second EP, Muzaking, in March 2020. Their EP release was set to be the grand finale of the band’s tour through venues in West Virginia, Ohio and Kentucky, but while the band was driving to one of their shows, they got the news of the cancelation.

Even though Runyon is a senior, he plans on attending graduate school at OU, so he knows he still has time to make strides in the Athens music scene with his bandmates. He and his bandmates describe their main concern with more of a focus on their fans and other Athens residents. Rather than focusing on the negative, they’re realizing that making these sacrifices is helping people to stay safe.

“We’ve kind of just been staring, mouth open, at all of the craziness that’s going on,” Runyon said. “It’s scary, but we’ll get through it. I feel like everybody just has to adjust to the way life is right now.”

After spending all of his time and energy into creating the band’s EP and going on tour, Runyon isn’t ready to just stifle the momentum. He and his band plan on making the most of their time in quarantine, writing music and practicing their individual instruments.

Similarly to Runyon, Palmer is using Ohio’s stay-at-home order not to relax, but to contact all the venues he had booked for the tour and let them know that he’s looking to rebook in the future. He and Schultz are also planning on writing music as much as possible for their respective groups and trying to record some ideas over distance with their bandmates.

“I think this is going to give people a better appreciation...This is the one good thing that’s come out of this right now, at least in the grand scheme of the music industry.”-Adomas Fabin

“A big chunk of the money that I’ve been making has been through Sneakthief, which has been incredible and awesome,” Palmer said. “But I don’t feel like I’m making enough to warrant asking for help. You have these bands touring and playing bigger shows and making more money than I’m making … I feel like they need more help than I do right now.”

Schultz, Palmer and Runyon also acknowledge the fact that local venues are struggling just as much as musicians and are working hard to keep money flowing and spirits high during this time.

Local artists can watch the impact of the pandemic not only through their own eyes, but through the eyes of the venues they frequent. Some of the Athens music venues double as restaurants so they can still conduct carry-out business, but others like The Union, 18 W Union St., predominantly make money from drawing in crowds for performances. 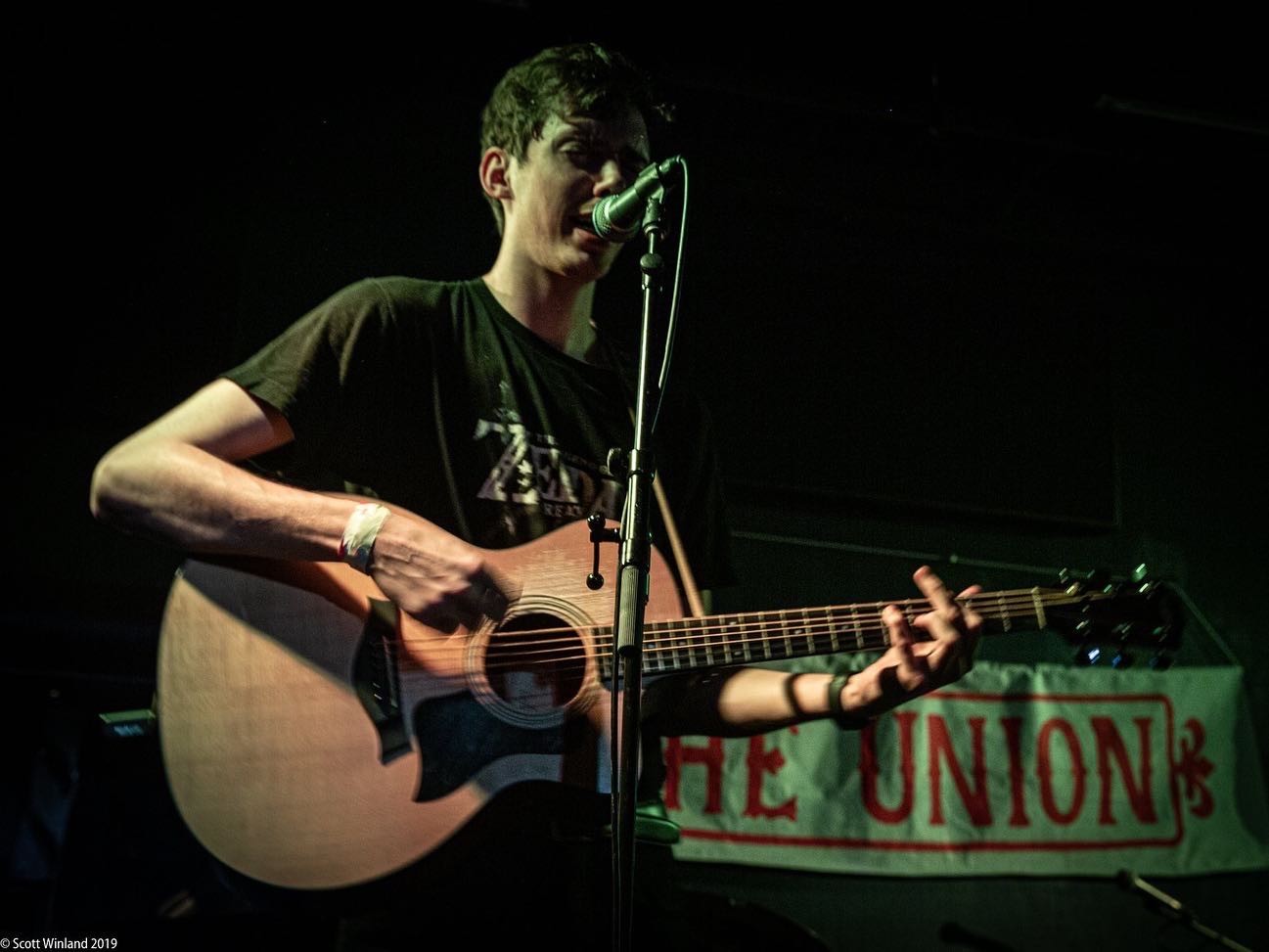 Adomas Fabin, a bouncer and cleaner at The Union, knew shows would be canceled but never expected for COVID-19 to progress so intensely. At first, the risk was presented as only impacting the elderly and immunocompromised, but as information progressed, Fabin said he was anxious to work the door where his job is to interact with people constantly.

“I was getting paranoid working the door … because we interact with people constantly,” Fabin said. “I put wristbands on people and take their IDs, and they’re only like a foot from me, so I was kind of nervous about that.”

Fabin said The Union is luckier than most places because they’re still doing carry-out for beer and have a bit of a cushion to fall back on.

While those who work at The Union are categorized as unemployed, Fabin feels lucky that he will still have his job when business returns as usual because he knows other local businesses have had to lay several employees off due to a lack of business.

Another venue working to keep all of its employees secure in their jobs is Stuart’s Opera House in Nelsonville after having to cancel all of its shows, including the annual Nelsonville Music Festival, or NMF.

Chloe Musick, marketing and public relations director for Stuart’s Opera House, knew the decision to cancel NMF would be extremely difficult and mark a great hit to their business, but it was necessary in order to preserve public safety.

“That’s the biggest event of the year for Stuart’s,” Musick said. “But it’s not just that. Stuart’s puts on shows and events all year long.”

For both of these venues as well as every other performance space, the future is uncertain. Musick’s strategy is to simply take it one step at a time and figure out what can be done to keep business moving.

“I don’t know what it looks like in a few weeks,” Musick said. “I know what I’ll be doing, which is basically finding opportunities to tell Stuart’s story better and continue our presence on social media to let people know we’re still here as a resource, even though our doors aren’t open.”

The show must go on

The idea of venues and local bands working together to provide resources for those who are struggling has been one of the brightest points to come out of the pandemic, Palmer said. The pandemic isn’t just hitting local artists, but has impacted the entire music industry as a whole.

“It’s greatly impacted everyone across the board involved in the music industry,” Runyon said. “Everyone has to show solidarity right now and figure out ways to support each other and support themselves through whatever way they can.”

Fabin hopes the pandemic will force people to have a better appreciation for musicians and venues.

“I think this is going to give people a better appreciation,” Fabin said. “This is the one good thing that’s come out of this right now, at least in the grand scheme of the local scene.”

Doing what you can with the time of the quarantine is the mantra of Schultz, Fabin, Musick, Palmer and Runyon. They all encourage artists to make the most of the situation by honing their craft and keeping a good connection with bandmates so as not to completely halt momentum.

“Grab your guitar, your drumsticks, your keyboard or whatever and keep playing,” Runyon said. “Keep playing your songs. Write new songs and share them. Share them with your friends; share them with the other bands. It’ll foster a good creative environment because this won’t last forever. And when we come out of it, you’ll have something to share, and it could be great.”