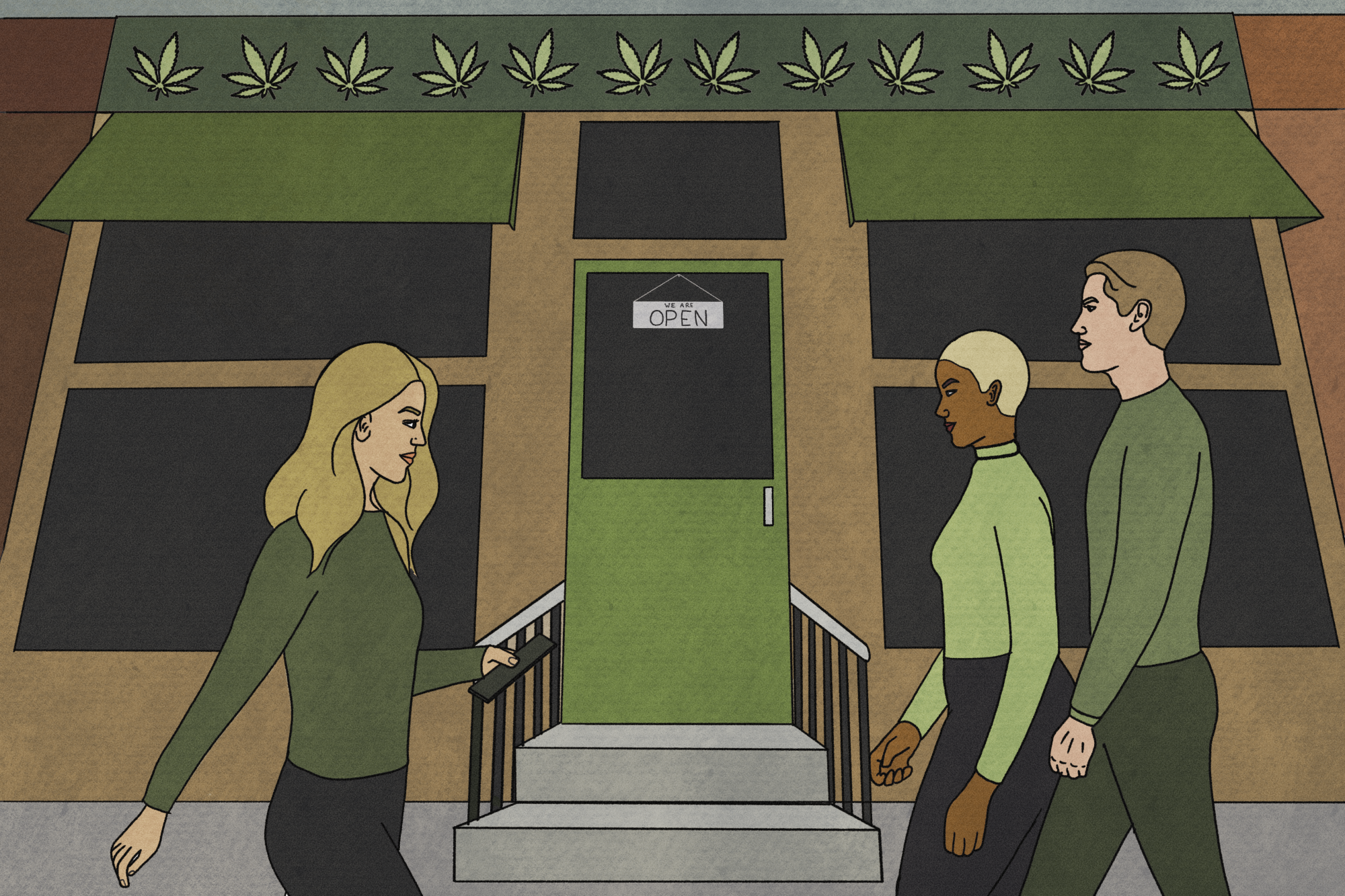 A different kind of pain treatment

Medical marijuana represents a potential, but not proven, alternative to pain relief in Southeast Ohio

S ince the Harvest of Ohio dispensary opened up in Athens in mid-September, many customers from Southeast Ohio have purchased legal medical marijuana products to treat illnesses ranging from cancer to Alzheimer’s Disease to PTSD. Most customers come in, though, to treat chronic pain.

The fallout of pharmaceutical corporations’ blatant, intentional overprescription of opioids to treat chronic and acute pain during the last few decades has been disastrous. Communities across the nation have been torn apart by addiction and the toll the disease takes on those with substance use disorders, their friends, families and the communities they live in.

“If you see a case in the (county) court system, it’s far more likely than not that it is related to some sort of addiction," Athens County Prosecutor Keller Blackburn said.

Most people in the region know someone suffering from addiction to opioids. Ariane Kirkpatrick, CEO of Harvest, said she’s even had an employee miss work due to overdose.

Kirkpatrick said the addiction crisis in Appalachia is no secret, and her business offers an alternative method of pain management.

“There's a commitment that we have to people in the rural communities,” she said. “When you listen to the patients, I know that I did the right thing.”

Though many people are now using medical marijuana, rather than opioids, to treat chronic pain, there’s just not enough clinical research to suggest that its use could curb the disease of addiction, Ellen Martin, CEO of Health Recovery Services, which is a health care service specializing in substance use and mental health disorders, said.

As marijuana laws become more lenient and the legal marijuana industry grows — legal sales in the U.S. hit a record of $17.5 billion in 2020 , according to Forbes — there is a greater demand for further research on the medicinal properties of marijuana.

The current lack of research is less about marijuana as a substance and more about the disjointed level of legalization in the country. 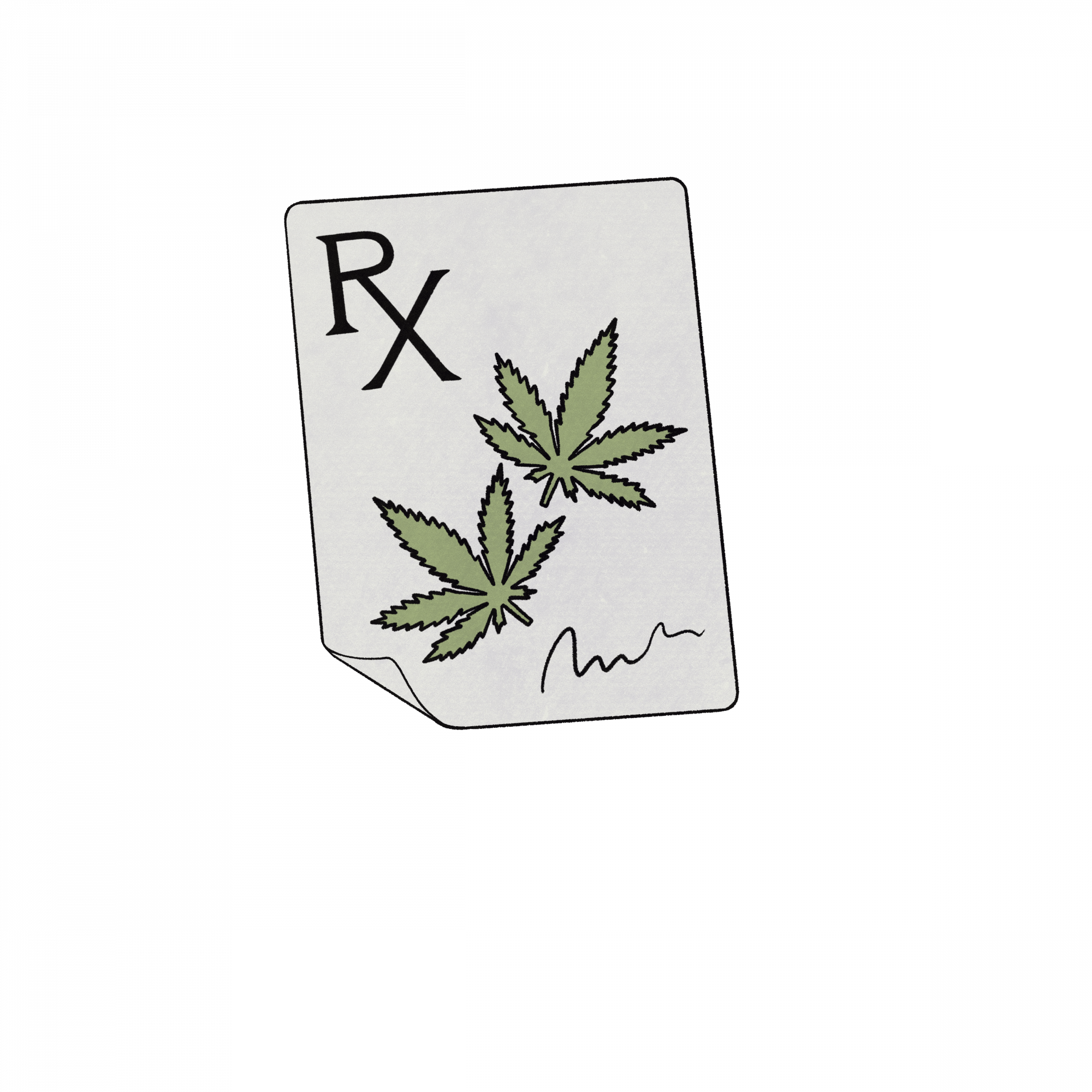 Marijuana is classified by the DEA as a schedule I drug, meaning there is “no currently accepted medical use and a high potential for abuse,” according to the agency’s website.

Though medical marijuana is now legal in 36 states and four territories, the patchwork nature of state-based legalization is also a barrier to research. Members of the Consortium for Medical Marijuana Clinical Outcomes Research, a research organization instituted by the Florida state legislature, said during a conference that state policies, rather than evidence-based clinical guidelines, currently guide the use of medical marijuana, according to a report from the organization.

He said addiction research strongly supports agonist treatment, meaning medicine-assisted treatment through the use of opioid agonists methadone or buprenorphine, which are longer-acting opioids, prevents withdrawal while keeping the user from getting high. He also believes in the effectiveness of Naltrexone, better known as Vivitrol, which is a non-opioid drug used to treat both alcohol use disorder and opioid use disorder.

“(Marijuana) simply does not kill people by overdose, which is a great advantage over opiates,” Gay said. “But it causes a lot of other problems.”

During his time at HRS, Gay said he was involved in the treatment of thousands of people whose lives were being substantially harmed by marijuana use.

“I think the dangers of marijuana are underestimated in our whole society,” he said. “I think it is widely perceived to be almost a harmless drug. And it is not at all.”

Gay is against the legalization of marijuana for both recreational and medicinal use, saying it has limited usefulness.

He said if it’s going to be used medicinally, medical marijuana should have to go through the same clinical trials and FDA approval process as any other prescription drug.

But even medication-assisted treatment doesn’t always work. People who relapse often experiment with other substances and go back into a street market ready to sell to them.

Drugs like heroin and other drugs laced with fentanyl have become popular with recreational opioid users, and overdoses are common when you cannot be sure what exactly is in the drug you are about to take.

Heroin and other street drugs weren’t always the most popular. In the ‘90s, Purdue Pharma created OxyContin, a release pill packed full of the opioid oxycodone designed to be taken every 12 hours, rather than the standard 4-6 hours. Purdue Pharma knowingly made the false claim that the drug was less addictive than other opioids, and an affiliate company and three executives admitted it in a 2007 lawsuit. 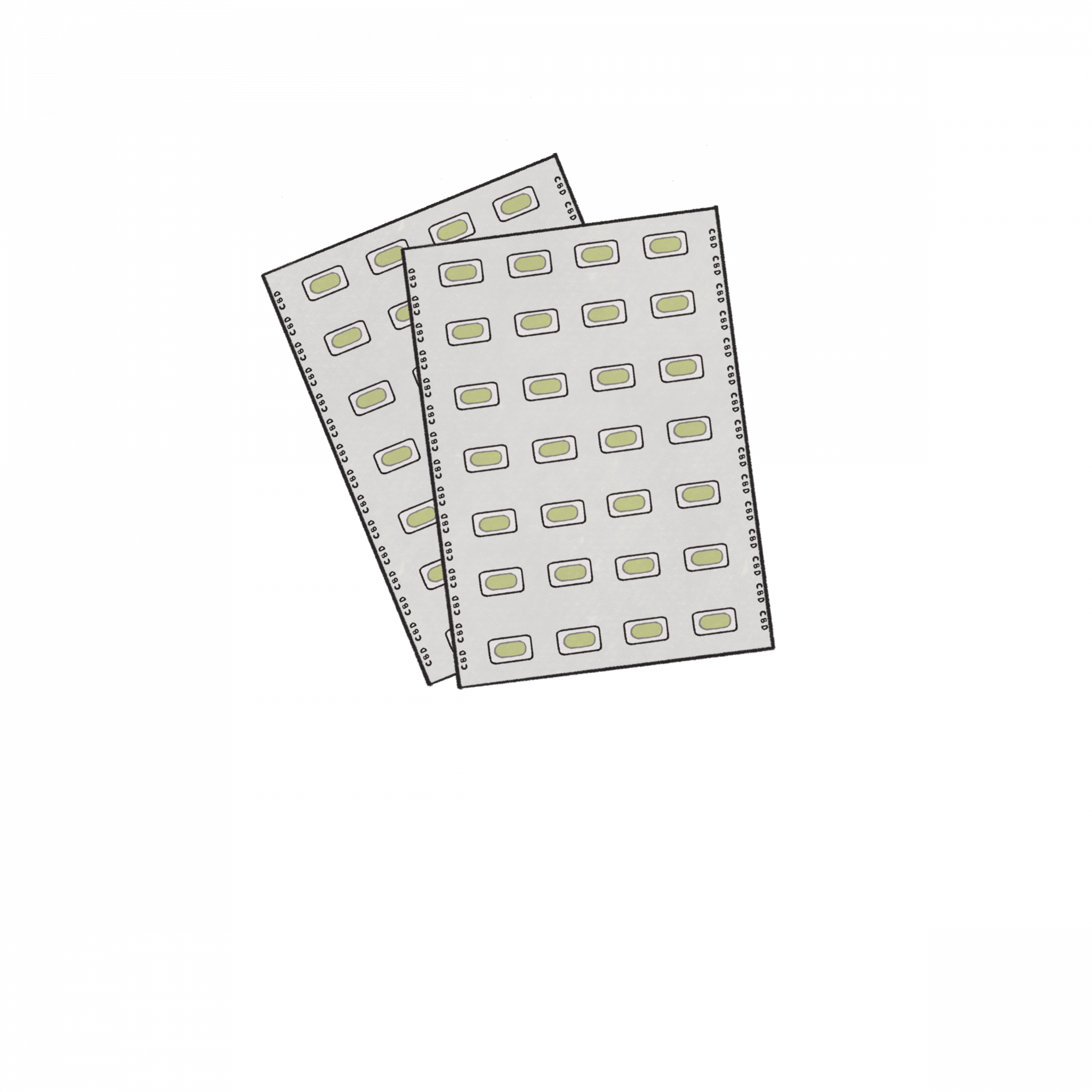 The FDA approved the drug in 1995, believing the larger dosage would reduce the risk of abuse because there was “no evidence to suggest at the time” that crushing the pills to get high would become a widespread practice, an FDA timeline states.

OxyContin became the poster child for overprescription, and along with several other pills, became one of the most widespread opioids found in American households for years. The flood of prescription pain pills has since blossomed into the public health crisis the country is continuing to suffer from today.

One consequence of the opioid epidemic has been the overburden of addiction-related criminal cases in local court systems.

Between 90% and 95% of all cases seen by the prosecutor’s office have something to do with addiction, Blackburn said. But only about a quarter of those are possession charges.

One in three people convicted and sent to jail in Athens County will either commit another crime or break the terms of their parole. This occurrence, known as recidivism, is especially high for people suffering from addiction who choose not to get treatment, Blackburn said.

His office offers several treatment programs for addiction, including a cognitive behavioral therapy program for meth and cocaine users, and a medication-assisted treatment that uses Vivitrol to prevent opioid users from experiencing the high from the opioid after the user has detoxified from opioids.

The prosecutor’s program is unlike many other treatment programs, which use drugs like suboxone and methadone to “wean” addicts off stronger opioids.

“I think using drugs to get off drugs is not necessarily the right thing,” Blackburn said.

The higher risk of addiction that these traits present often are associated with mental health disorders like depression or a lack of dopamine, Blackburn said.

“I think treating those things through the natural process might be a good way of helping reduce our addiction culture,” he said. “That is something that I’m very much in favor of. Just treating mental health, in general, is something I’m 100% in favor of.”

An important part of the process of recovering from opioid use disorder, beyond medicine-assisted treatment and therapy, is to reincorporate people recovering from addiction back into normal life, especially if they have been released from prison.

Rehabilitation programs, like the prosecutor’s office’s re-entry program, help people released from prison to find housing, transportation and jobs in order to get their lives back on track. But agencies that offer programs like these often must compete with other organizations for state and federal funding.

Since the state reached a settlement agreement with the nation’s three largest opioid manufacturers in August, communities and drug addiction services in Ohio can expect to receive additional funding in the near future.

Under the state’s OneOhio opioid settlement agreement, 55% of the $808 million paid to Ohio will go to a foundation that will disburse the funds to communities and opioid programs across the state that apply for funding. Thirty percent of the settlement will go directly to Ohio’s local communities, and 15% will go to the state.

But Ohio’s local communities have not yet seen any of the settlement money, said Marissa McDaid, communications and community engagement specialist at the Athens-Hocking-Vinton Alcohol, Drug Addiction and Mental Health Services Board. 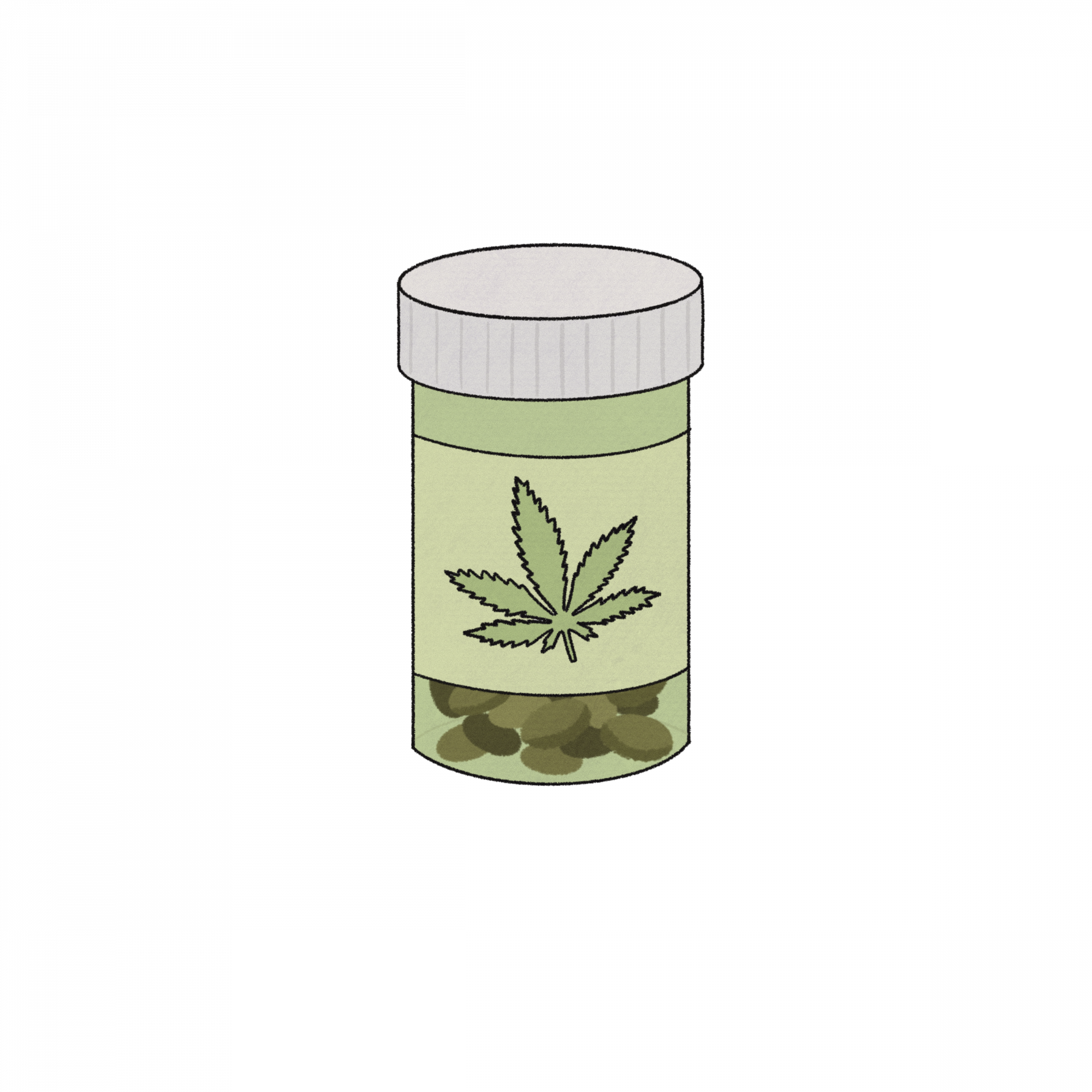 Commonly called the 317 Board due to the 1989 state legislation that incorporated alcohol and drug addiction prevention and treatment services to local mental health boards, the board is responsible for distributing money from tax dollars to community mental health and addiction services.

McDaid said people have asked at 317 Board meetings about the settlement money Ohio’s local communities are supposed to receive, and the board members have responded honestly: they haven’t heard anything from the state.

The money will not go far enough for many communities, regardless.

For instance, if every resident of Scioto County — a county featured in national media for the toll the opioid epidemic has taken on it and the only municipality not to sign onto the settlement agreement — got an equal portion of the county’s share of the settlement, it would amount to just over $20 per person.

In most cases, the money that local communities will receive is not nearly enough to address the financial cost that opioid addiction has taken on public infrastructure and services.

“(Addiction) takes a great toll on society in general,” Martin said. “It’s kind of like the concentric circles, they get bigger and bigger and bigger, and it encompasses all of us, even if you aren’t directly affected yourself.”

Residents of central Southeast Ohio, though, will soon have the opportunity to more immediately support mental health services in the region in the fight against addiction.

One of the issues that will be voted on in Athens, Hocking and Vinton counties during the upcoming Nov. 2 election will be the 317 Board’s levy renewal.

The 317 Board is seeking to renew a 10-year levy from 2011. As it is the renewal of a previous levy, it will not raise taxes if passed.

The levy money, made of local tax dollars, allows the 317 Board to be flexible with how it funds its care network of more than 25 partner agencies that deal with mental health, addiction and other community services, McDaid said.