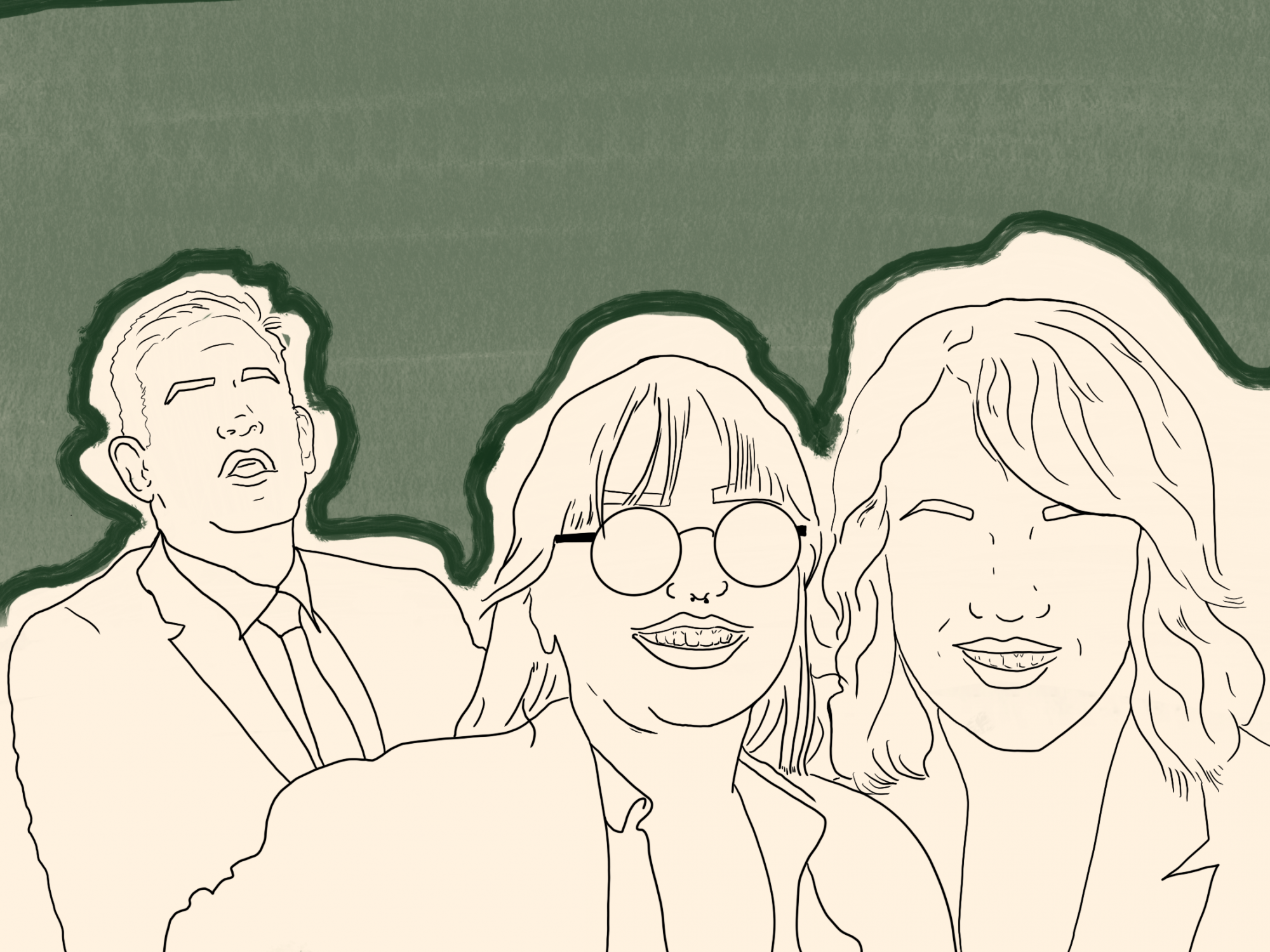 Athens, OU leaders thought they deserved a say in the university’s next president. The decision happened without them.

A s Ohio University continues to manage the effects of mass layoffs, budget cuts, enrollment challenges and the COVID-19 pandemic, a shift in university presidential power, discussed entirely behind closed doors, has raised concerns for those within the OU community.

On May 13, outgoing OU President Duane Nellis announced he was stepping down from his position. Two weeks later, the Board of Trustees named Hugh Sherman, former dean of the College of Business, as the 22nd president of the university, much to the surprise of those who expected to have a voice in the appointment.

With two years left in his six-year term, Nellis gave nearly seven weeks notice from his announcement until he would be vacating his position for the university to name an interim or full-term president. Nellis cited familial values, a love for students and a love for the classroom as reasons behind his return to a tenured faculty position at OU within the College of Arts and Sciences as a geography professor, according to a previous Post report.

During his term, OU laid off 44 positions within the College of Arts and Sciences. He also laid off 53 instructional faculty members across university departments as well as 140 employees part of OU’s American Federation of State, County and Municipal Employees, or AFSCME, and cut 81 employee positions.

Prior to this announcement, the Board held a meeting May 10 almost entirely in executive session behind closed doors. Nellis’ announcement of his stepping down came only three days after this meeting.

In similar fashion, on the day of Sherman’s appointment as the next president of OU, the Board held another meeting primarily in executive session. According to a previous Post report, the negotiations regarding Sherman's contract took place during this meeting.

Nellis was not a part of the Board’s decision to name Sherman as president.

A few individuals who represent student, faculty and residential interests expressed frustration with the Board’s process and lack of transparency.

Loren Lybarger, president of the university’s chapter of the American Association of University Professors, or OU-AAUP, said the chapter has concerns regarding the lack of transparency associated with the process.

Lybarger, also a professor in the department of classics and religious studies, stressed this concern is not related to Sherman, his credentials or his ability to effectively act as president.

According to the AAUP’s website, shared governance is defined as emphasizing the importance of faculty involvement in employee decisions, selection of administrators, preparation of the budget and determination of educational policies.

OU’s Faculty Senate, which voted no confidence in Nellis’ administration in 2020, was also left out of the decision-making process, where it felt its input was necessary.

“Hiring any position in the university has a certain formality. It's not an informal process. It's fairly formal because there's issues of legality policies,” Robin Muhammad, chair of Faculty Senate, said. “I think we have a community that has allowed some sort of informality in terms of how we gather perspectives.”

“None of us knew what next steps were and when a new president was going to be in place and how that would affect students and everything,” Tartal said.

Despite not knowing the level of input Student Senate would be able to contribute, Ivan expressed a desire to take part in important conversations regarding the appointment, making sure students' voices are taken into account with the decision.

However, that opportunity never came, as Sherman’s appointment was announced before Tartal or Ivan could share what issues are important to the student body.

“I understand with the confidentiality of contracts and the interviews,” Ivan said. “It is still upsetting that I didn't get to sit in on any conversations like that.”

Nonetheless, Ivan still hopes to see a president confront issues associated with the alleged budget crisis. Ivan noted how many student have voiced their opinions on Twitter and want to see a president who is willing to advocate for the students and listen to their concerns.

“I think a candidate who is dedicated to the students as well as the Athens community as a whole … That's really, really important because the university is the biggest employer in the county,” Tartal said. “It takes such an active role in the community that I feel like any president that we have should be willing to build that up as well.”

In May, Athens Mayor Steve Patterson, along with the mayors of each of the cities that house an OU branch campus — Zanesville, Saint Clairsville, Ironton, Lancaster and Chillicothe — wrote a joint letter to Janelle Coleman, former chair of the Board, expressing their desire to be included in the process of choosing OU’s next president.

“It is no secret OHIO has recently faced significant turmoil. Enrollment declines, faculty and staff cuts, and drops in community investment have impacted our tax bases and hurt our communities,” the letter reads. “We would like to initiate a conversation, soon, with the Board of Trustees to discuss our ideas to incorporate local and regional community input into the selection of the next President.”

Initially, it appeared the mayors’ request to the Board fell on deaf ears. None of the mayors mentioned in the letter had a voice in Sherman’s selection as OU’s president. Despite what the letter suggests, Patterson said he and the other mayors didn’t expect to be a part of Sherman’s appointment at OU anyway, and it was the national search in which he expected to be included.

“A lot of us are scratching our heads and wondering ‘how did this happen’ and ‘why didn't we have any voice in this whole decision process.’ This raises all sorts of questions about the legitimacy of the process.”—Loren Lybarger, OU-AAUP president and professor of classics and religious studies

Sherman was appointed to a two-year term by the Board on May 27. No national search was conducted in this case, but the university has plans to begin a comprehensive national search next year, Carly Leatherwood, a university spokesperson, said.

Muhammad was sympathetic to the Board’s goal of a quick transition between presidential administrations at OU but questioned its decision to leave faculty out of the process.

Leatherwood also said a two-year appointment was necessary, as it provides secure leadership for OU as the university rebounds from the COVID-19 pandemic.

Patterson said he has been assured by Cary Cooper, current chair of the Board, that he and the other mayors will have a say in deciding OU’s 23rd president after Sherman’s two-year term is completed.

Ivan is still unsure if Senate will also have a seat at the table for the nationwide search that will take place to find the 23rd OU president but is confident the transition from Nellis to Sherman will not affect students greatly.

“I feel like it was a little rushed,” Ivan said. “I don't think it'll have a negative impact on the students because there will still be a full transition period, and it's still going to happen over the summer when not much is happening anyway, so this should work out just fine.”

Moving forward, university faculty members specifically would like some transparency from the Board regarding the process by which Sherman was appointed. Currently, Faculty Senate is gathering feedback and is in conversations with members of the Board to gain this understanding as well as see how the Board and Senate can remedy the situation, Muhammad said.

Despite the prospect of shared governance in the future regarding the next presidential appointment, many continue to question the Board’s process.

“A lot of us are scratching our heads and wondering ‘How did this happen?’ and ‘Why didn't we have any voice in this whole decision process?’” Lybarger said. “This raises all sorts of questions about the legitimacy of the process.”

Abby Neff contributed to this report.