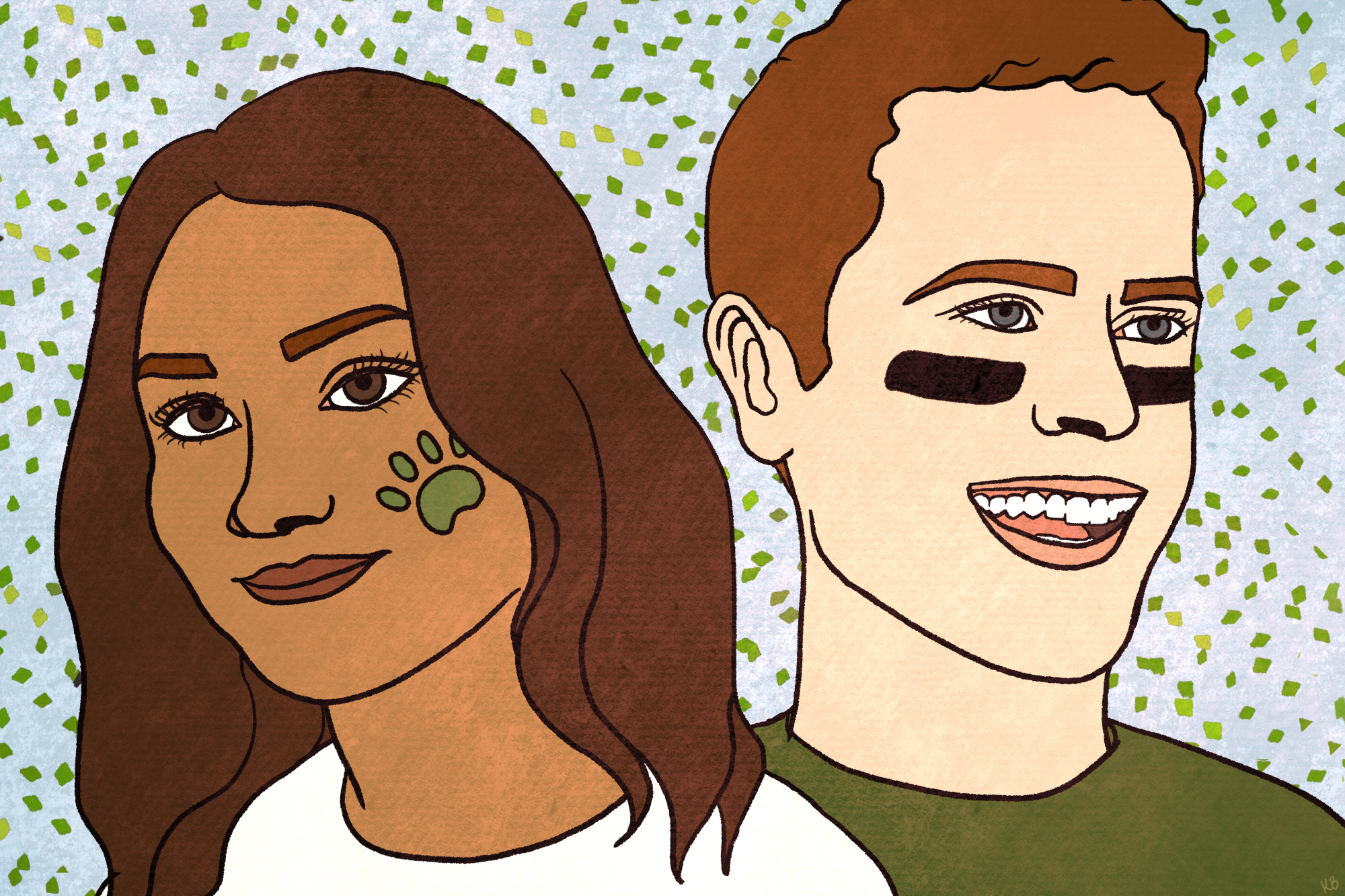 Homecoming Past and Present

W hile Ohio University is welcoming back Homecoming celebrations after COVID-19 caused their cancellation in 2020, students and alumni are excited for its return.

OU has several events planned for the return of Homecoming week, including events in which students can participate.

Due to COVID-19, only OU juniors and seniors have been able to experience a true OU Homecoming. Despite that, underclassmen are excited to participate in the festivities.

“(I’ve heard Homecoming) is a really big event that everyone enjoys going to and it brings the Athens community together,” Brody Pugh, a freshman studying aviation and flight, said. “What I’ve heard has only been good things.”

Sam Gentile, a senior studying industrial system engineering, said he will participate in this year’s Homecoming events as much as he can because he sees it as a rite of passage for OU students to take part in the celebration.

As COVID-19 continues to spread, the Homecoming parade, which is held outdoors, has been modified by the university to allow people to better physically distance, according to a previous Post report. A block was added to the parade route, as it will now end at the intersection of Park Place and University Terrace.

Students and alumni will be able to determine if the experience of Homecoming is worth the risk of contracting COVID-19.

Pugh and Gentile believe if the advised COVID-19 precautions are followed, then Homecoming should be able to take place without causing a considerable spike in the infection rate.

“I still think that people who aren't vaccinated should probably avoid doing (activities that could) possibly transmit the virus,” Pugh said. “It can't get any worse than what it already has been the last couple of weeks with the virus outbreak.”

Students are not the only people in the OU community excited to get together for Homecoming weekend. After more than a year of restrictions, alumni are excited to once again be at OU for the festivities.

“We heard so many stories of older alumni coming back together, and that was the place where they met was in Athens,” Kyla Burns, a 2004 graduate of OU, said. “That was always the best part of Homecoming, for me, is that everyone was always drawn back there, and they felt the same feelings about this place that I did while I was there.”

Homecoming is an opportunity for OU students, past and present, to join together as pieces of the OU community, rather than people who have different ideologies or political views, Burns said. People join together for the love of OU and forget about everything that divide them.

Another alumnus, Colton Henson, a 2014 graduate, said the cancellation of Homecoming last year made alumni sympathize with the disappointments many OU students faced during the pandemic.

“(The cancellation of Homecoming) was our only insight, as alumni, into the hardships that kids faced on campus being there during the pandemic,” Henson said.

After losing a tradition treasured by many in 2020, Burns suggests being as involved in the Homecoming celebration as possible.

“If you've never been to the parade, get up and go, when your roommates don't really feel like going, find someone that does, or go by yourself and find new friends,” Burns said. “One of the greatest things about OU is, it's a small enough town that you're going to run into someone you know or make a brand new friend.”