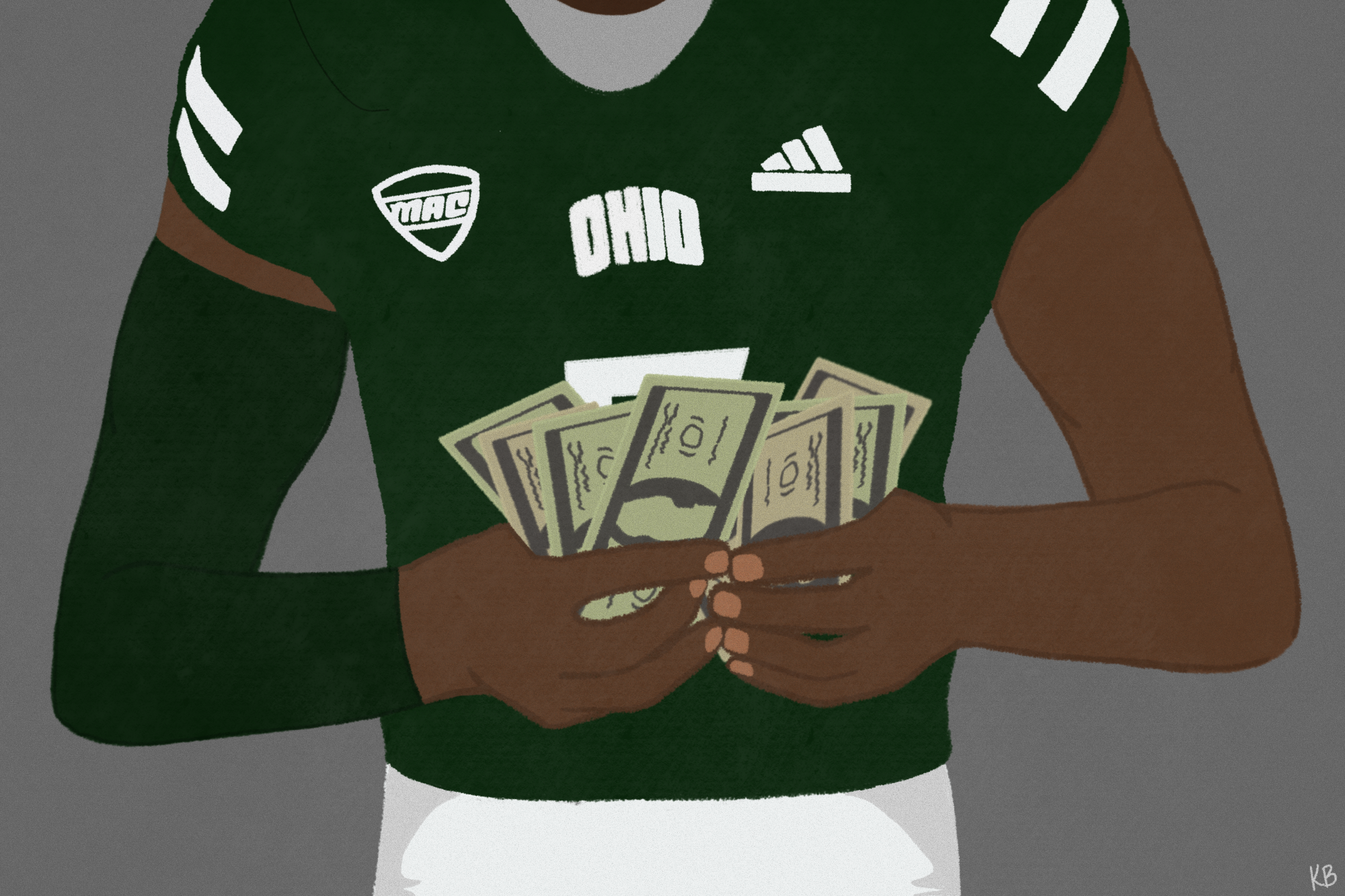 The Homecoming football game usually grants the university the most or second-most revenue out of its four home Saturday games, Michael Stephens, senior associate athletic director for OU, said. Stephens believes this year’s game will be similar to what the university has seen in the past because it lifted restrictions for COVID-19 at athletic events.

Those kind of numbers are what Stephens anticipates this year. Despite concerns about COVID-19, he said the athletic department does not expect a drop-off because it has not seen one in the first two home games of 2021. OU had an announced crowd of 23,904 fans at Peden Stadium, which has a capacity of 24,000, at its home-opener against Syracuse on Sept. 4.

“We believe we're going to have a great crowd, a great game day experience,” Stephens said. “We love having all of our alums back to experience not just our game but everything that happens on Homecoming on campus and in Athens.”

To bring those alumni back, the athletic department has advertised the game just like any other year, Stephens said. The university promoted the Homecoming game and festivities to alumni mostly through emails and social media.

Due to COVID-19, OU’s football team only played three games in 2020, all without a crowd and against Mid-American Conference, or MAC, opponents. Stephens said the shortened season caused a significant financial impact. OU reported $447,723 in total revenues from intercollegiate athletics in fiscal year 2020 and $4,495,377 in total intercollegiate athletic revenues during fiscal year 2019.

“It's something that we have worked through, and we're glad that this year we are able to sell tickets and moving into a budget year where ... the revenue is once again where it was years prior to 2020.” Stephens said.

The impact of COVID-19 was also felt by local businesses when they missed out on Homecoming Weekend 2020.

“Last year we were right in the thick of it,” Mike Carson, owner of Mike’s Dog Shack, 20 S. Court St., said. “The university had a lot of restrictions on big fests and parties and everything. They limited the number of students in one setting — I think it was like eight to 10 people.”

Carson described last year’s Homecoming as “tame” and said he expects this year’s festivities to be more “lively.” He said COVID-19 restrictions on gatherings hampered his business because he did not sell bulk orders to fraternities or other groups throwing Homecoming parties.

He believes there will be a drop in people traveling to Athens due to fears of COVID-19 and because he did not see the university promote it as much as in past years. Despite that, Carson said Homecoming weekend will probably be The Shack’s most profitable of the fall after the city of Athens canceled city-sanctioned Halloween festivities.

Ben Ziff, manager at Donkey Coffee, 17 W. Washington St., said it will be interesting to see how COVID-19 affects Athens businesses during Homecoming 2021. Ziff said he expects Donkey to be “somewhat busier;” however, he said his expectations could be wrong.

“People are so excited to get out and doing things again, and with nobody being able to do anything for Homecoming last year, I think there's a very real possibility of there being a big influx of people,” Ziff said.

Historically, Homecoming is one of Donkey’s five biggest weekends of the year, Ziff said. He also said he enjoys seeing OU alumni back in town for the events.