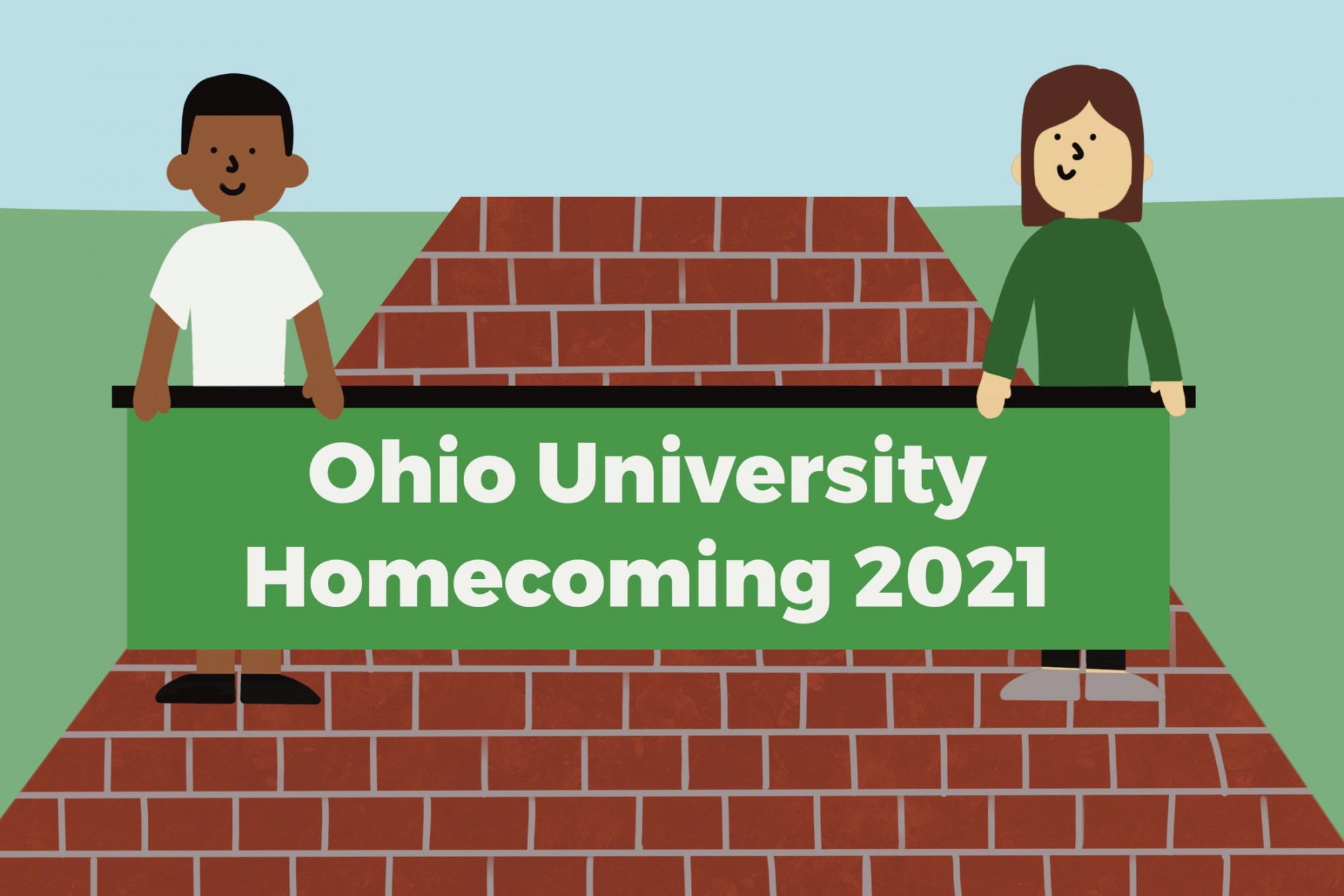 O livia Christiansen spent Homecoming 2020 with her roommates, cooking brunch and wearing Bobcat gear together in their house.

Like many students and alumni, Christiansen, a senior studying strategic communication, greatly missed Ohio University’s Homecoming celebrations when they were made virtual for safety during the COVID-19 pandemic. Though she understood why and was happy to make the sacrifice, the day still stood out as a sore spot, and she missed the events with her choir, Ohio Bella Voce, and breakfast with the Public Relations Student Society of America, or PRSSA. She missed the bustling crowds of students and alumni who took over Athens for the Homecoming parade.

She exchanged texts with her father, an alumnus, on that day, and hoped for a future in which Homecoming would return to OU.

After a year, it will. 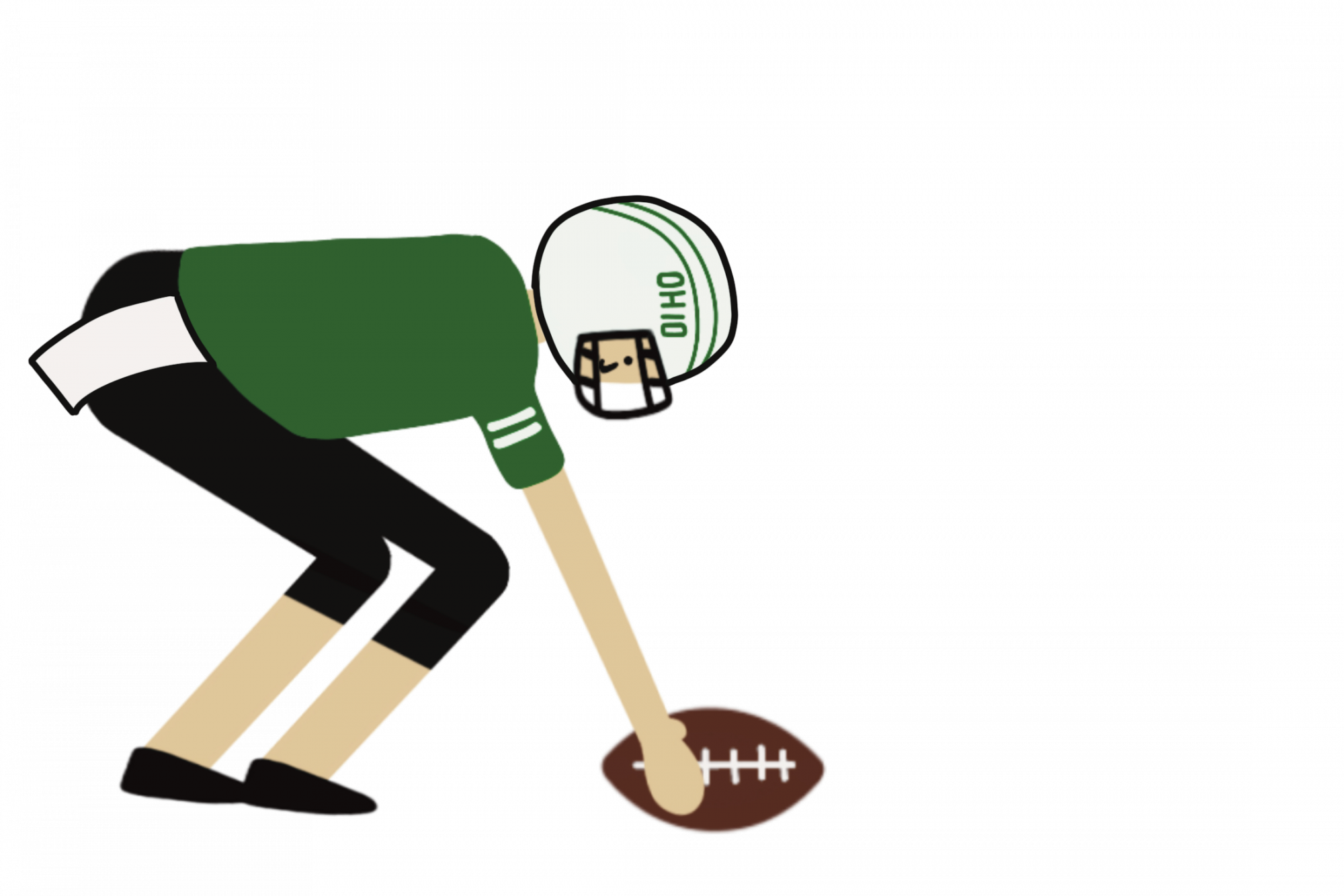 The legacy of gathering Bobcats young and old together dates back as early as 1919, when Ohio University’s newspaper, Green and White, had a section explaining it expected to see a large number of OU alumni at the game against Denison University, according to the It’s All Coming Back exhibit from Bill Kimok, OU’s archivist.

Ohio’s Homecoming football game has been played every year since, with notable exceptions in the 1940s, when OU didn’t have enough students to play because of the U.S. Army’s requirement that men in its college training units not partake in collegiate sports.

Throughout other times of national struggle, like the fall after students were kicked off campus because of protests against the Vietnam War and a month and a half after the events of 9/11, OU held its Homecoming football game, and students and alumni alike gathered in Athens to celebrate the school they love.

“Perhaps the fact that Homecoming — or Home Coming, as it was spelled then — was introduced and was relatively successful at OU in 1919, smack dab in the middle of the Spanish (Flu) pandemic, was an indication that future Homecomings would be held and be successful in other times of crises,” Kimok said in an email.

After a year of built-up feelings and national stress, Homecoming at OU this year serves as a time to join together with a community that has struggled to safely gather for over a year now. The traditions, some of them done for 100 years, have a significance in providing comfort and bonding together the community during tumultuous moments.

“In challenging times it seems that Americans, and probably people more broadly, take comfort in maintaining existing customs or generating new ones,” Brian Schoen, a professor of history at OU, said in an email. “When everything seems in flux and there is so much uncertainty, we understandably appreciate activities that remind us of constancy and of better times.”

For students like Christiansen, the return of Homecoming is a welcome return of some — but not all — normalcy.

“I'm so excited. For the last two-and-a-half weeks, it’s all I’ve been able to think about,” Christiansen said. “I know that everyone's going to be bursting with excitement, and it's going to be, I think, really special, hopefully, to have a sense of normalcy and be back celebrating OU and cheering on the football team and cheering the 110 and all that good stuff.”

In 1946, after the end of World War II, the Homecoming football game against Miami had the greatest attendance the stadium has ever seen, holding 12,236 rowdy fans, as well as the longest Homecoming parade up to that point. 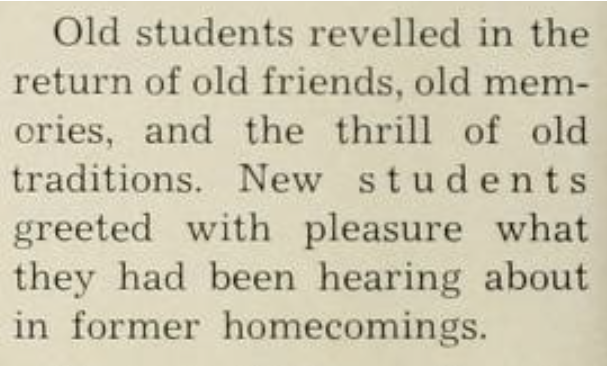 Featured in Kimok’s exhibit, the Athena, the title of OU’s yearbook at the time, from 1946 talks about the first Homecoming after the war.

Although the U.S. isn’t out of the COVID-19 pandemic yet, the first Homecoming since the beginning of the pandemic can certainly have a similar energy.

Sophomore Katie Wilson, who is studying psychology, said she has heard a lot about Homecoming from her sorority, talking about the events upcoming this year and feeling the excitement in the air from the impending celebrations.

“I know last year, for some upperclassmen, missing Homecoming was a big deal, and they really missed out on a lot because it's been so amazing in years past,” Wilson said. “I'm just happy that we get to participate in events. It's some sort of normalcy for all of us.”

Other organizations have passed on the legacy of Homecoming as well, freshman Jake Burke, who is studying aviation, said.

“I just heard that it's a week-long thing where people just get together, meet everybody on campus,” Burke, a player on the hockey team, said. “This is a welcoming opportunity, a second welcome week, so to speak.”

The hockey team has three games during Homecoming week, and Burke said he is especially looking forward to the Homecoming crowd of fans. The hockey team’s alumni are the biggest supporters of the program.

“We owe them everything,” Burke said.

A fondness for the alumni community of OU graduates spreads across organizations and colleges, with many students looking forward to seeing graduates they knew as students — or even those who left before they got here.

For Grant Schroeder, a senior studying engineering technology and management, the highlight of Homecoming weekend is seeing his family, who has been gathering together during OU Homecomings for nearly eight years. He looks forward to celebrating with them again this year after the hiatus.

“It makes it more of a family gathering instead of just them visiting me,” Schroeder said.

Ashley Wagoner, a junior studying nursing, also has alumni in the family on her dad’s side. Homecoming has been a lifelong event, Wagoner said, with a parent as an alumnus. This year, she is especially looking forward to the parade.

“I think it's a big deal that it’s happening this year, just like everyone coming back and you haven't seen these people in forever,” Wagoner said. “It's so good to get out of your house and not be scared because you're outside.”

Garrett DeMoss, a junior studying criminology, remembers the crowds of alumni gathering as early as 3:30 p.m. Friday afternoon when he got out of class, already starting to have a good time.

The next day, when he woke up to march in the parade with the Air Force ROTC, he remembered the atmosphere that morning on his way to the meetup point.

“I was in transit to the point where we started marching,” DeMoss said. “I remember there were tons of kids still up and about at 6:30 in the morning. It was an insane amount.”

Marching behind the band and the cheerleaders in his first Homecoming parade, he remembers the excitement of all the people watching from the sidelines. Alumni and students bounced about as they gathered together, and DeMoss recalls meeting a group of Bobcats who returned to be together just to have a good time, years after their time at OU came to a close.

This year, DeMoss will be in the parade with the Air Force ROTC again and, afterward, he’ll go to a cookout out toward The Ridges with the same group.

Wagoner and Schroeder will be spending the day with their families, enjoying Athens with the people who enjoyed it before them.

Burke is looking forward to seeing the cheering crowds at all three hockey matches and said he is thankful he goes to a university where everyone is so willing to socialize and make friends.

Wilson is spending the week doing activities with her sorority and is excited to attend her first Homecoming football game.

Although there won’t be quite as many Homecoming events as in years past with her choir, Christiansen has a concert Friday night with her group, even if it won’t get to host its alumni as it has previously.

However, she is excited to go to her last Yell Like Hell Pep Rally as a student, to have breakfast with PRSSA and partake in the weekend’s exciting activities. 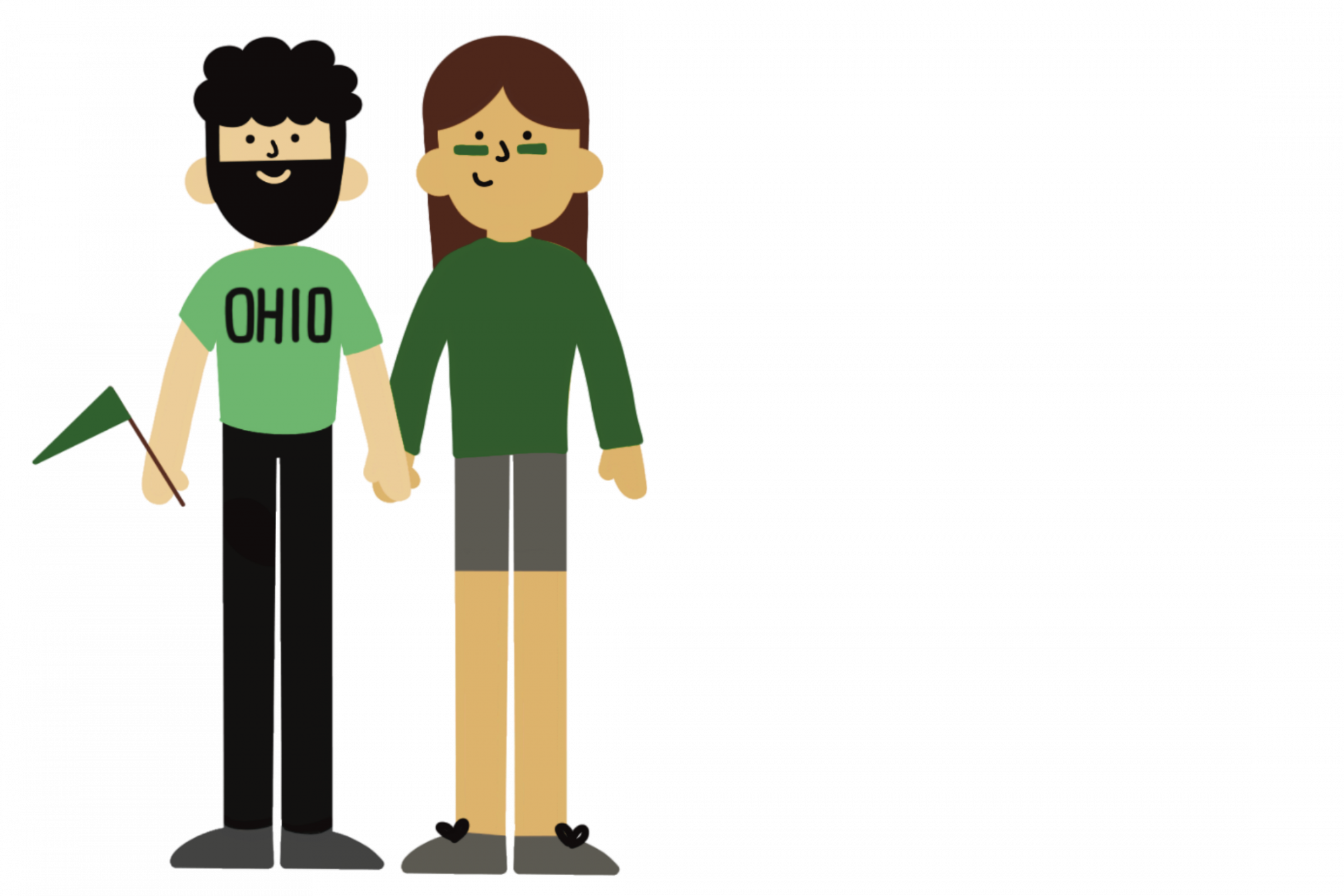 One of her favorite parts of the weekend is the 110 Alumni Band, made up of graduates of the Marching 110, who march in the parade every year. The sense of community and the joy all of them have while marching brought Christiansen to tears the first time she saw them all marching together, with the older members of the band being just as joyful and youthful as its younger members.

The group marching, alongside the thousands of people watching them in their green and white Bobcat attire, represents the broader strength of the Bobcat community for Christiansen. For everyone who leaves here, it’s an important sign that so many return as they’re able.

“I think the biggest thing about Homecoming to me has always been you get to see all these alumni come back in. It just goes to show how special OU is,” Christiansen said. “They have been gone from the school for however many years, but it still holds such a big piece of their heart that they were willing to take time out of their busy lives to come and celebrate for a whole weekend. I think that that really is a testament to the type of culture we have here.”

For those who are too busy to return for the celebrations, Christiansen said she sees them share memories and pictures in their Bobcat gear on social media. However, seeing the crowds on the street while marching in the parade with her choir has given her a stronger understanding of the bond of the OU community.

This year, Christiansen is immensely excited to see two of her closest friends who have graduated return for the festivities. However, there is one more thing she’d really like to see this weekend.

“I'm hoping we can pull out the win over Central Michigan,” Christiansen said. “That would really be the icing on the cake.”