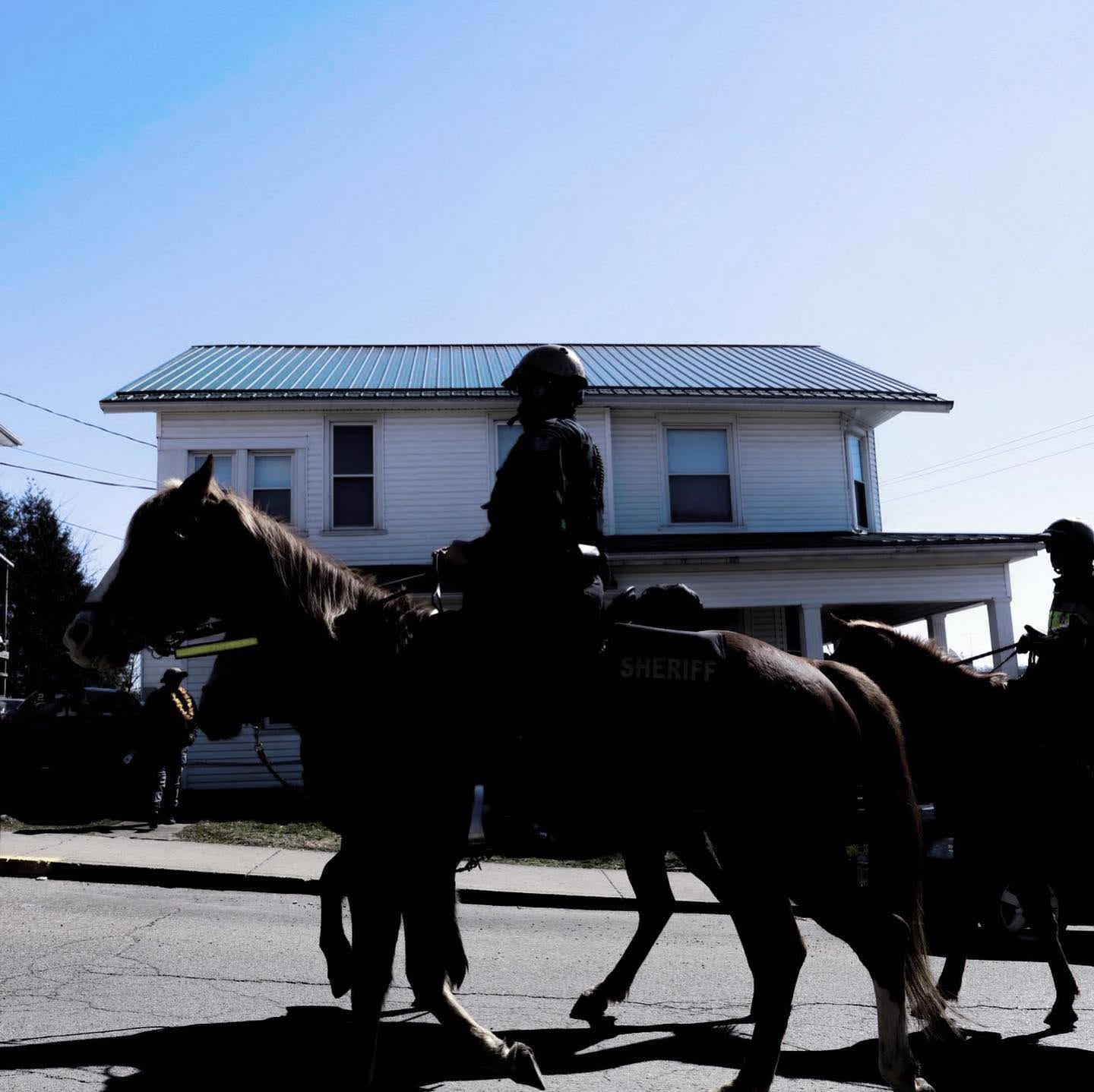 City of Athens police officers make their way down High Street on horseback bringing order to the string of parties down the road. (FILE)

Based on past years, APD expects only a 10-20% increase in arrests on Homecoming weekend compared to a typical weekend, Tom Pyle, police chief of APD, said, amounting to around two to four more arrests than usual, he said.

“Arrest numbers from Homecoming are way down, as are other crimes in general compared to previous years,” Pyle said in an email. “The height of arrests were probably around 2002-2008.”

“Those two things as a result have had a significant impact on the overall tone of parties and alcohol consumption in the City,” Pyle said in an email. “(There) used to be a larger disparity during peak years. That was when OU had a healthy party school reputation, OU policy was more lenient, and APD had a more hands-off approach to parties and drunken behavior.”

While the university did not provide specific details regarding its alcohol policy, it will be enforcing COVID-19 guidelines throughout the weekend for students and visitors.

“We're following all university and city of Athens policy and guidelines, asking our alumni to do that as well,” Erin Essak Kopp, executive director of OU alumni association and assistant vice-president of alumni relations, said. “The OU policy states that all visitors need to wear a mask indoors and outdoors if you're unvaccinated, so that is the policy.”

George Harlow, OUPD captain, said OUPD also does not see a disproportionate spike in arrests during Homecoming. Since there is an increase in campus population during the weekend, the small increase in arrests they see is expected, he said.

Despite the spike during Homecoming being rather small, Pyle said APD still takes necessary precautions due to the increase in nightly activity.

Pyle said APD prepares for eventful weekends by directing an increase of on-duty staff. However, what has proved to be most successful in influencing behavior is the year-round party and disorderly focused policing, he said.

“(Protecting) the public is the main concern,” Pyle said in an email. “Drunk people cause minor issues, but there is inherent danger in drunken behavior so we focus on safety for the weekend."

Harlow explained that similarly to APD, OUPD plans for the weekend accordingly with their staffing.

“Protecting the safety of our community and those who visit is always our top priority and Homecoming weekend is no different,” Harlow said in an email. “Our command officers, myself included, are all involved in planning for Homecoming and we adjust our staffing to meet the needs created by the planned events.”

Pyle acknowledged that increasing the number of on-duty police officers could cause more illegal activity to be addressed, therefore more arrests could be caused. However, he said that the main cause of the small spike is the increase in the number of people out on campus.

Ultimately, Harlow said he is not worried about the eventful weekend, as OUPD is prepared to deal with Homecoming and its ensuing festivities.

“We have successfully managed Homecoming, and many other busy weekends, over the years and expect this year to be no different,” Harlow said in an email.