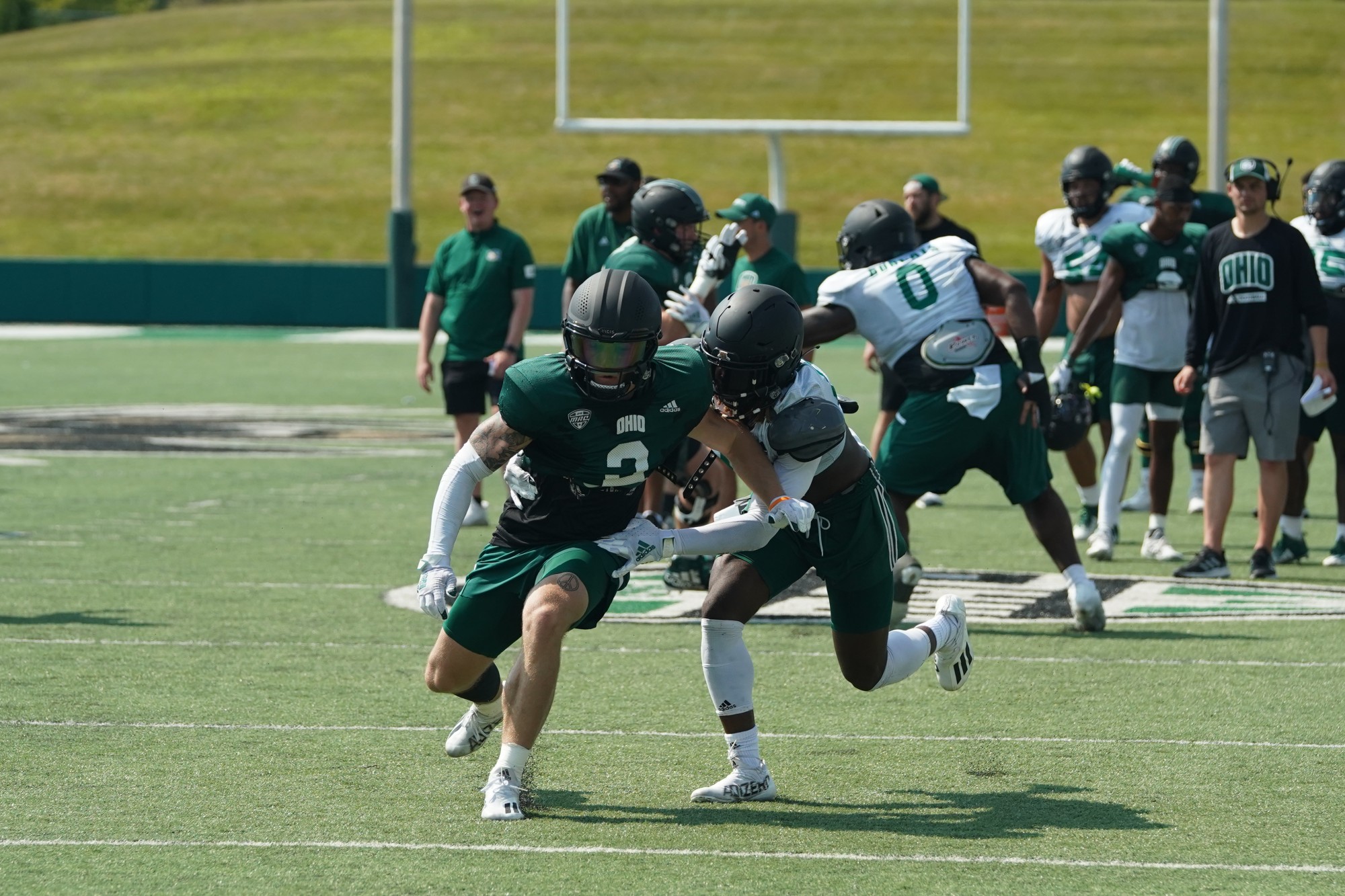 Football: Keegan Wilburn is proud of his sneaker collection

A round the time Keegan Wilburn was in the fourth grade, he began to notice other kids at his school had begun wearing one of the most sought after shoe brands on the market — Air Jordans.

At the time, Wilburn wasn’t well-versed in the world of sneakers, and he still wore Skechers to school. However, he decided he wanted Jordans of his own to show off. He convinced his dad to buy him his first pair — orange Jordans with a white Jumpman — and took them to school soon after.

His classmates’ reactions weren't what he expected.

From then on, Wilburn took it upon himself to have the coolest shoes he could get his hands on. He began collecting sneakers, and even began reselling certain pairs to afford new ones. He had gained a new hobby in maintaining his shoe stocks. By the time he was in high school, he had even set up a large display for his collection at his mother’s house.

Collecting sneakers didn’t always come smoothly, however. As it is for most kids growing up, there wasn’t always spare money at Wilburn’s disposal. This sometimes made it difficult to keep adding to his collection, as certain pairs can retail for over $100. The high price tags were what encouraged Wilburn to begin reselling some of his shoes in the first place. The extra cash could help him afford him new pairs.

The price tags weren’t the only reason Wilburn’s collecting hobby slowed down. As his high-school football career winded down and he committed to Ohio in 2019, his focus shifted toward preparing for college. It wasn’t until he was settled in Athens that he again found time to dive into his favorite hobby.

“I definitely got back into it,” Wilburn said. “Made me feel like a little kid again.”

Wilburn estimates that his collection has grown to somewhere between 80-90 pairs of sneakers. It’s gotten so big that he had to store some of them at his mom’s house due to the need for space.

Even though he can’t store it in one place, Wilburn’s collection is still growing. Some of the pairs he buys aren’t even available in stores. He has to track them down.

“There’s pairs that you just can’t get,” Wilburn said. “They’re hard to find. There might be only so many pairs, so it’s almost like a little game in itself.”

One of Wilburn’s current favorites, a rare pair of LeBron 9 Big Bangs that he hunted for years, were promotion samples that he obtained directly from the factory. He also owns a pair of cleats that professional kicker Dan Bailey wore during the 2011 NFL Combine. Wilburn admits to trying on Bailey’s cleats, although he hasn’t kicked in them yet.

In some cases, buying and trading in the shoe market can be a multi-day experience. Some of Wilburn’s favorite memories stem from traveling with friends to cities like Cleveland or Chicago for shoe conventions and events.

Wilburn has gone to conventions such as Sneaker Con, an event that has hosted over one million attendees and has been held in over 40 cities since its founding in 2009. At events like Sneaker Con, Wilburn was able to buy, sell and trade sneakers with independent vendors. He even remembers one trip when he and one of his friends, who now own a shoe store in Columbus, traveled to Chicago for a convention and set up a table of their own to manage.

After years of collecting and with dozens of pairs of sneakers to his name, Wilburn believes that he owns not only one of the best collections among the Bobcats, but one of the best in the Mid-American Conference.

“I might have the best shoe game in the MAC,” Wilburn said.

He’s confident he’s up there with some of the best shoe collectors in the country, and the pairs he owns are a testament to his enthusiasm. After first being accused of bringing fake Air Jordans to school, no one can doubt Wilburn now.