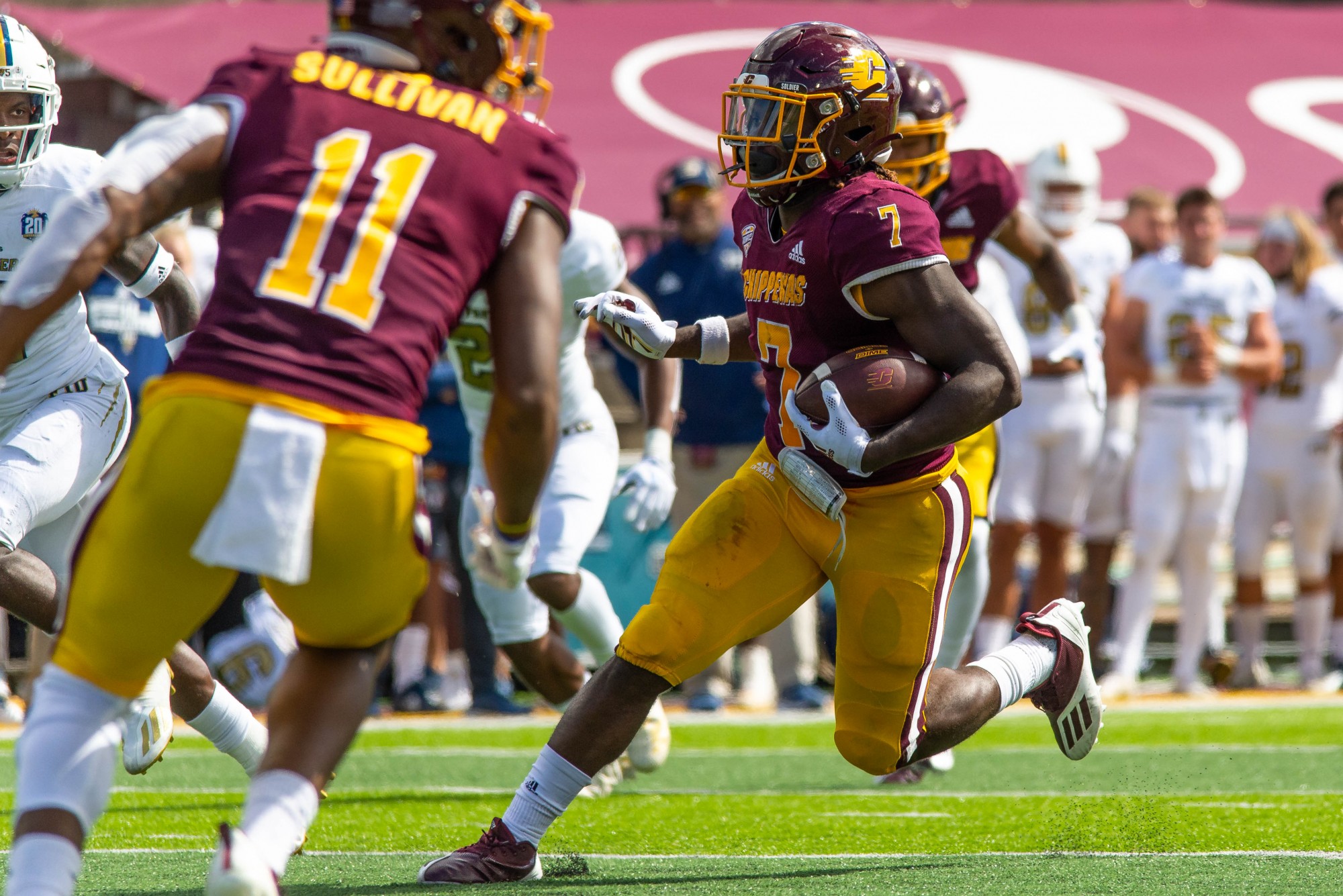 Football: What to know about Ohio’s Homecoming opponent, Central Michigan

A fter beginning its Mid-American Conference schedule with a win, Ohio returns home to Peden Stadium on Saturday for its Homecoming game against Central Michigan.

The Bobcats (1-4, 1-0 Mid-American Conference) are coming off their first win of the season, where standout second half performances on both sides of the ball led them to a 34-17 victory over Akron.

The Chippewas (2-3, 0-1 MAC) dropped their first conference game to Miami and have had an up-and-down season thus far. They started their season by keeping it close with Power 5 team Missouri and shutting out Robert Morris, but they have lost two of their last three games.

Like Akron, Central Michigan was one of three teams Ohio faced off against in its shortened 2020 season. The Chippewas gave the Bobcats their only loss that year.

Here’s everything you need to know about Central Michigan ahead of Ohio’s Homecoming game:

Last time they met: Nov. 4, 2020. Central Michigan won on its home turf, 30-27. Although entering the break tied, Ohio was outscored 10-7 in the second half. Quarterback Kurtis Rourke and running back De’Montre Tuggle led the Bobcats’ scoring with two touchdowns apiece. Ohio’s defense struggled to contain Central Michigan, allowing quarterback Daniel Richardson to throw for 243 yards and a touchdown. Chippewas running back Kobe Lewis ran for 112 yards and two touchdowns.

Central Michigan report: Jim McElwain is in his third year coaching the Chippewas and brings Southeastern Conference experience from his three-year stint with Florida. In his first season with Central Michigan, McElwain took a team that finished 1-11 the previous year and led it to an 8-4 regular season record and MAC championship appearance in 2019.

The Chippewas sit near the middle of the MAC in scoring offense and defense. They’re fifth in scoring offense, averaging 27.6 points per game while topping the conference with an average of 460.6 yards per game. They also have the top passing offense in the MAC, led by quarterbacks Richardson and Jacob Sirmon.

While Central Michigan boasts the best rushing defense in the MAC, allowing only 111 yards per game, it also has the worst pass defense in the conference, allowing 291.4 yards per game. The Chippewas have allowed at least 350 passing yards in their last three games, including 400 to LSU and 395 to Florida International.

How Ohio beats Central Michigan: Saturday may be the day for Ohio to get its pass game back on track. After relying heavily on the run game against Akron, Ohio coach Tim Albin acknowledged in his Monday press conference that Ohio can’t be as one-dimensional against Central Michigan. He expects to use both quarterbacks, Rourke and Armani Rogers, going forward. Rourke, known for his passing, could see a lot of looks downfield with a healthy Ohio receiving corps.

The Bobcats’ defense will have many weapons they need to contain on the opposing offense. Wide receivers Dallas Dixon, JaCorey Sullivan and Kalil Pimpleton all have over 250 receiving yards through five games and will be threats regardless of which quarterback is throwing to them.

On the ground, Ohio will have to look out for running back Lew Nichols, who has the second-most rushing yards in the MAC this season with 405. The Bobcats contained the Zips’ run game after struggling in their first four games, and they’ll need to continue their upward trend to get the Chippewas off the field.

Stat to know: Five. That’s how many times Ohio has lost to Central Michigan since last beating it in 2011. Every loss aside from the one in 2014 was decided by one touchdown or less.

Player to watch: Lew Nichols, running back, No. 7

Nichols was named the 2020 MAC Freshman of the Year and has continued his production into this season. The redshirt freshman has made 85 rushing attempts in five games, 62 more than the running back with the second-most attempts on the team, Myles Bailey.

Albin compared Nichols’ physicality to Northwestern running back Evan Hull. If Nichols performs anywhere close to how Hull did in Week 4, the Bobcats will be in for a long Saturday.