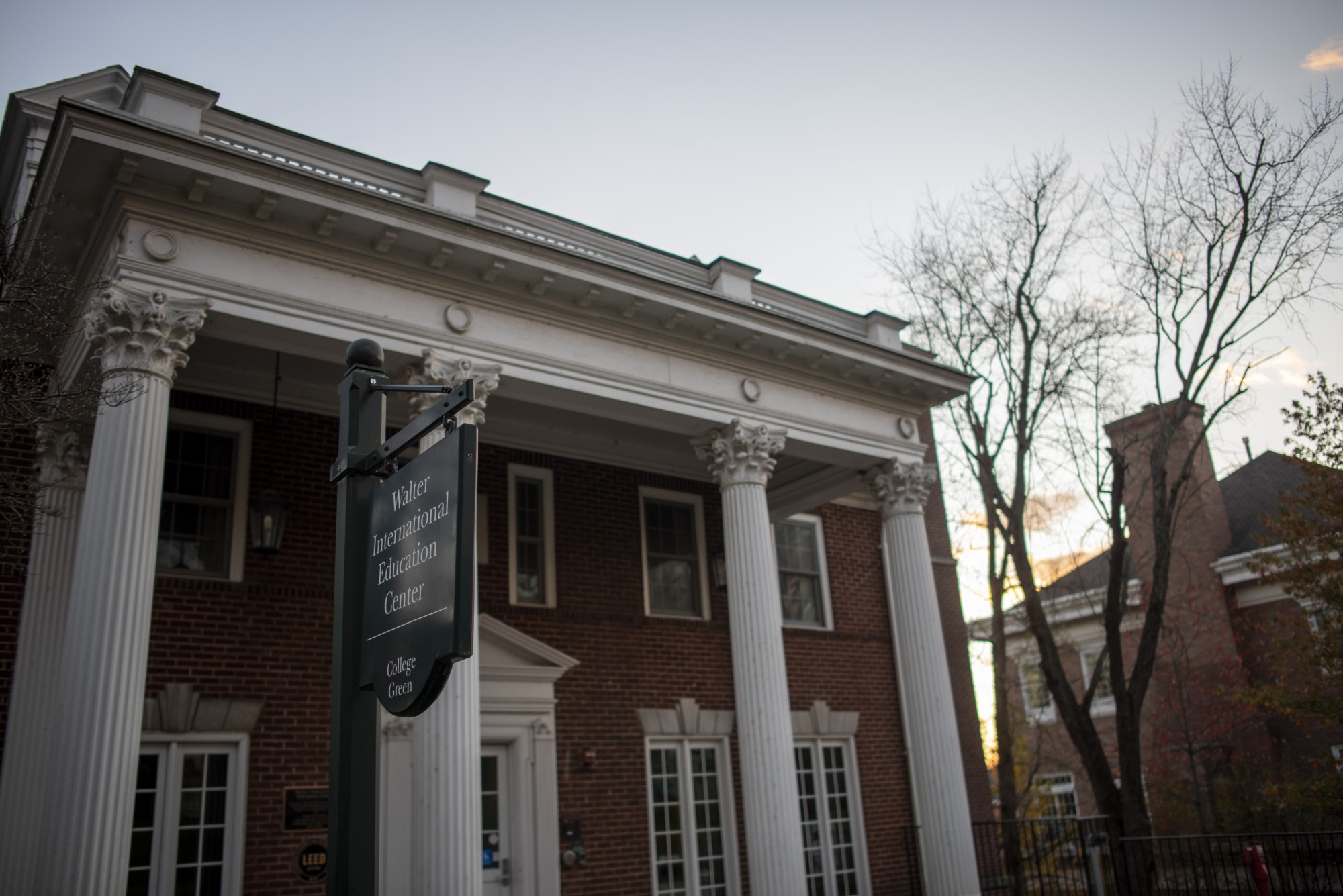 International students, alumni reflect on their time at OU

S ometimes Athens can feel like the only place in the world, especially during a week like Homecoming. With such a strong sense of home, it can be easy to forget the students here have not lived here their whole lives. In reality, Ohio University students come from all over the world.

Thomas Opiyo Okumu is a graduate student studying international developmental studies, and he is originally from Kenya. He explained that he came to OU for the International Development Studies Program, one only offered at a few universities. He also chose OU because he found the school had a good reputation.

“One of the things I used to look at when I was trying to find a university was the ranking of the university, the worldwide ranking,” Opiyo Okumu said. “When I looked at Ohio University in the U.S., it was really a good ranking, around 146 – number 146 out of all the universities in America. And so, to me, it means a lot because it puts me on the map in my country.”

Now in Athens, Opiyo Okumu has thrown himself into OU. He is vice president of the African Students’ Union, and he explained he has been able to find a sense of belonging through extracurriculars.

“The African Students’ Union is a large organization here, and they're part of the Bobcat community – when I'm here I feel home,” Opiyo Okumu said. “Coming to Ohio University and finding such an organization makes you feel (like) you are home.”

Namrata Jain is an OU alumna, who graduated in May 2020 with a masters in Asian studies. Jain is originally from India, and she was an ally of many student organizations while working with the Indian Student Association and the International Student Union. She helped to host Diwali and the Holy Nights festivals for students, participated in conferences and helped give food lectures for classes.

Jain was heavily involved during her time here, and she is excited to recall it.

“Athens was home for four years, so I still miss it,” Jain said.

Jain said she felt welcome at OU, listing a number of teachers who were always available to help, which she appreciated. She talked about how she felt many professors went above and beyond the limits of their profession to help her.

Coming from tropical India, Jain said she was unprepared for the winter weather and fondly recalled a time a professor helped her adjust.

“Professor Julie White actually gave me a parka,” Jain said. “She was like, ‘You will need this, I don't know if you've been in [cold weather].’ But I think that was extremely heart-warming and such a beautiful welcome.”

Tithi Patel, a sophomore studying nursing, explained she was born in India as well and, like Opiyo Okumu, has found serenity through her classes and extracurriculars.

She advised fellow students, especially international, to get involved wherever possible.

“Try to connect as much as you can, like in class or just go and meet new people,” Patel said. “Try to get involved in as many organizations as you can. Try to get in contact with more people.”

Omar Kurdi was born in Saudi Arabia and graduated from OU in 2015. He now works as the associate humanitarian affairs officer at the United Nations Office for the Coordination of Humanitarian Affairs. Kurdi said his time at OU helped him get where he is today.

“The different time and people management skills gained through being active on and off campus, in academics and in student life, are skills I still draw upon today,” Kurdi said in an email.

Like Jain, he looked back fondly at his time at OU.

“The first thing that comes to mind when I think about OU is the intangible atmosphere at the university,” Kurdi recalled in an email. “It's a wonderful combination of desire, curiosity, willingness to learn and grow and a bit of stress mixed in during finals week. But also when you think OU, you can't ignore the tangible feel of college green and all the experiences one has traversing those bricks.”

Kurdi said that the lessons learned at OU will help students much past their time in Athens, just like they have helped him.

“The 'real-word' isn't much different than a classroom, a group project,” Kurdi said in an email. “Working with people to achieve common goals, dealing with conflict and different opinions, challenging our own beliefs – these are all topics that are explored daily at OU.”

Jain agreed with Kurdi, explaining how her education at OU continues to help her today.

“I think Ohio prepared me for … anywhere in the world, in the sense that I understand a lot of interpersonal relations because of the kind of exposure that I got at OU,” Jain said.

Although Athens is a long way from home, all four students and alumni spoke of the people at OU helping to make them feel settled in a new place.

“The very fact that people were very, very nice and very helpful made it so much easier being international here,” Jain said.