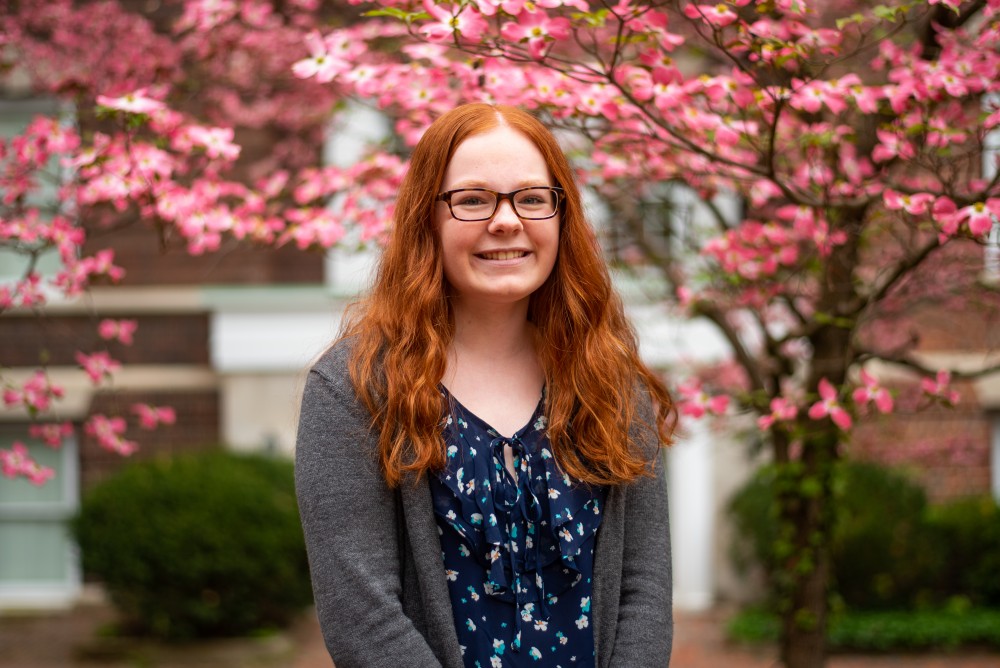 From the Editor’s Desk: Embrace your OU ties during Homecoming as in-person festivities return

It’s probably some sort of big, beautiful mistake that I ended up being a Bobcat.

I don’t have any family ties to Ohio University, let alone the state of Ohio. I hail from the far suburbs of Chicago, and most of my family lives within an hour radius of me. Both of my parents, my aunt and two of my uncles are graduates of Northern Illinois University, a fellow Mid-American Conference college — and the team that handed Ohio a frustrating loss in its last Homecoming football game before the pandemic began.

So, why OU? It’s a question even I didn’t know how to answer at first.

I had heard the journalism school at OU is one of the best (and I can now confirm that), and I found the brick roads and white-trimmed buildings of Athens utterly charming when I visited campus. Despite all of this, OU didn’t immediately feel like home to me.

My freshman year was riddled with homesickness, the double-edged sword of having no familiar faces from my high school class and, at times, feeling like an outsider. Campus never felt so big that it would swallow me, but it wasn’t until I really started to try and embed myself into the community that OU truly felt like home.

The turning point was undoubtedly my first Homecoming parade in 2018.

At first, I didn’t see the hype in waking up before the sun to interact with a bunch of fellow Posties I had only known for a little over a month. The hallowed tradition of the Homecoming parade seemed daunting to a freshman who was still adjusting to her new life and trying to find her place in The Post newsroom — and at OU as a whole. I came into the event not yet feeling like enough of a Bobcat or Postie to participate.

But standing in the cold for about an hour while waiting for the parade to begin ended up turning into one of the most pivotal experiences of my freshman year.

It was beyond exhilarating to march on the bricks with my fellow Posties for the annual Homecoming parade. Between chanting and handing out copies of The Post to the many individuals lining Court Street, I found myself finally feeling at home. The joy and excitement we all held for The Post hung around us, and the energy on Court Street was electric. It was in that moment that I knew I would be a Postie thick and thin throughout my college career.

Now, three years later as a senior, I could not be more excited to march in my final Homecoming parade. I feel beyond lucky that the current situation with the coronavirus pandemic will allow me to participate in one of my favorite activities, and knowing that underclassmen are getting to partake in the tradition for the first time adds another layer of excitement. Seeing young Posties feel like they belong at The Post during the festivities is truly a testament to the welcoming nature of OU and what it means to have student outlets like The Post where everyone can feel like their voice is heard and valued.

If you told me freshman year of high school that I would end up being a Bobcat, let alone a Postie, I wouldn’t believe you. While OU wasn’t the home I was expecting to fall in love with, I’m forever grateful that Athens is the place I come back to every fall. I can’t wait to be an OU alumna and experience the magic all over again with a new perspective.

Abby Miller is a senior studying journalism and political science at Ohio University and the editor-in-chief of The Post. Have questions? Email Abby at am166317@ohio.edu or tweet her @abblawrence.