Your guide to survive OU Homecoming 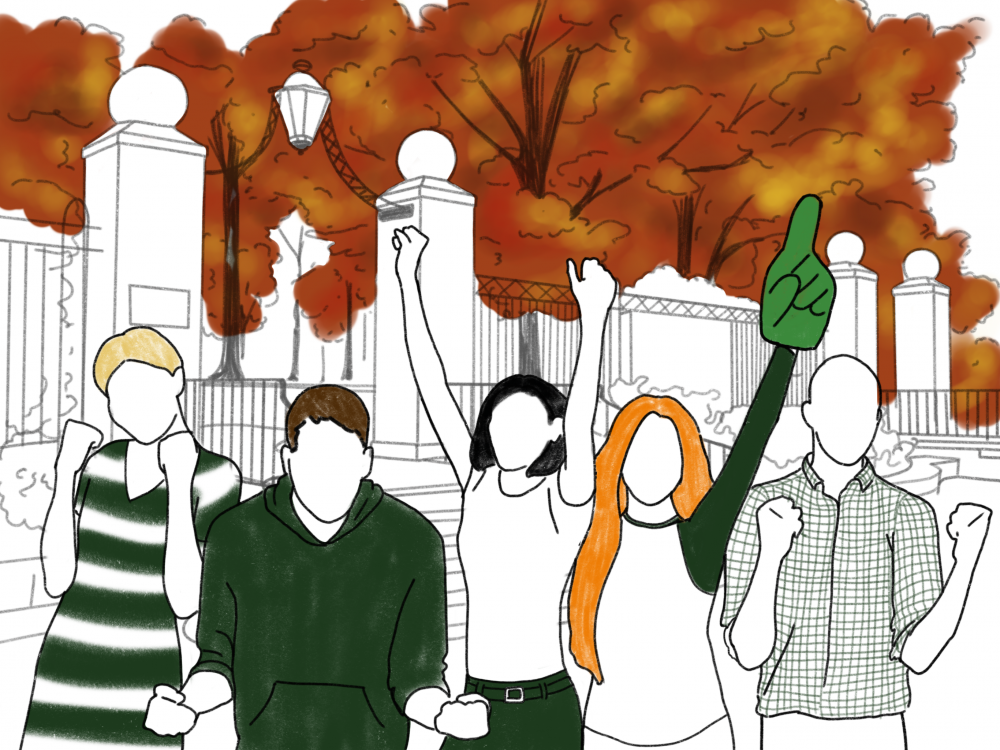 One of the long-awaited weekends of Fall Semester is here: Homecoming. Alumni will flock to Athens to visit old friends and the city’s mainstays. But the weekend is not just for those who attended before us.

Organizations take up their own traditions and students find reasons to celebrate any time of the week. For those who have never experienced OU Homecoming, better known as “hOUmecoming,” there are a few things you should keep in mind:

Most of the Homecoming festivities are Saturday, and they start at the crack of dawn. If you’re in an organization or just have really fun friends, chances are you’ll wake up at 5 a.m. to partake in kegs and eggs.

The tradition is exactly what it sounds like: alcohol and breakfast foods. The reason it happens so early is because of the parade, but we’ll get to that later. A good night’s sleep will prepare your body for the gauntlet you’ll put it through the next day.

You can prepare yourself by drinking only water the day before. Keep a water bottle nearby and don’t be afraid to take it with you to kegs and eggs. You might get made fun of by your peers, but at least you won’t be the one puking in the bushes.

Go to the parade

Even if you had too much fun at kegs and eggs, the OU Homecoming parade is a must-see. Fellow Bobcats on the Homecoming Court will don their best attire and ride in the fanciest cars, but of course it’s the Marching 110 that will steal the show. Alumni march alongside current 110 members, making it a sight to be seen.

By the end of the parade, you’ll be sleepy, fighting a hangover or both. That’s when you know it’s time to take a nap. Afterall, you did have to wake up at 5 a.m.

Go to the football game — and stay

Set an alarm just in time to go to the football game. The stadium will be packed, but there’s no better way to show your OU pride than by hanging out with alumni.

The alumni 110 members also perform at halftime, and it’s cool to see the field filled with so many people. Unlike the usual tradition of leaving at halftime, stick around until the end of the game. Not many people can say they’ve stuck around for a full game, so it’s something to add to your Bobcat bucket list.

It will probably be easy to spot the alumni because they’ll be taking up spots at your favorite bars and restaurants. Though it might seem annoying at first, remember this was once their home too. Say hi to them. You never know who you might meet, and after all, we are all one big Bobcat family.