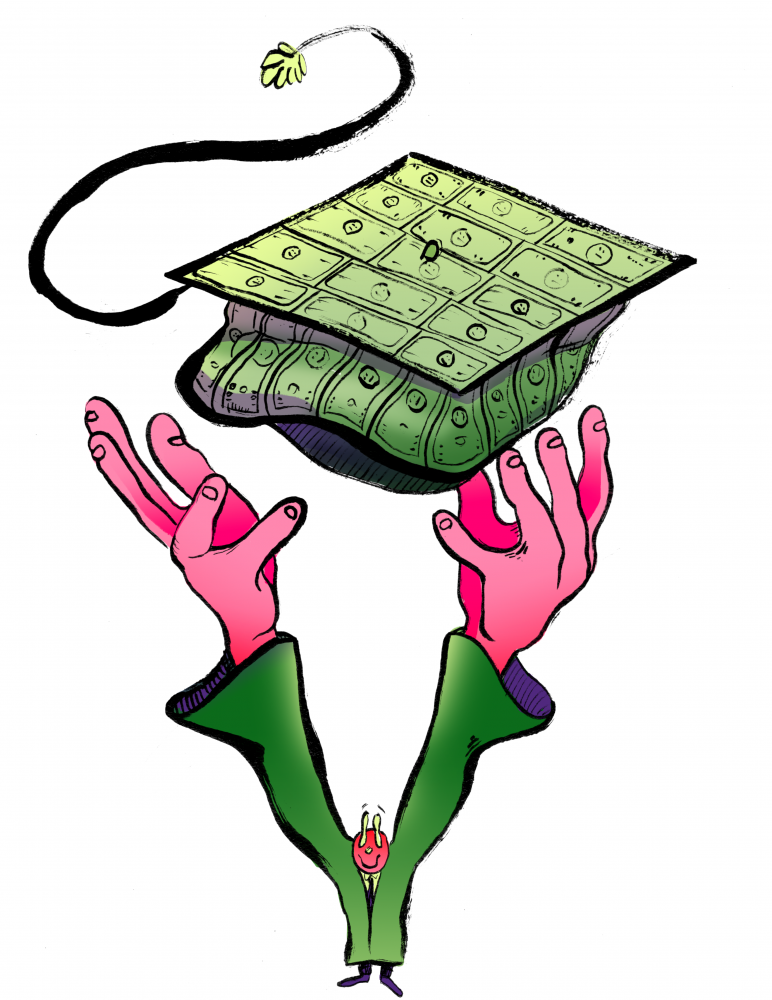 Don’t let them scare you: Now is a good time to enter the workforce

As he sat in Brenen’s Coffee Cafe in uptown Athens, the senior business management major spoke candidly about his academic performance.

“My grades are nothing stellar,” he said, explaining how he came to land a full-time job after graduation. “I think I’m going to graduate with a 2.7 or a 2.8 (GPA).”

To explain why he’s headed to Fort Myers, Florida after he graduates to work for Gartner, an information technology advisory firm — despite not being “a big IT guy” — Parkhill credits the Schey Sales Centre, a door-to-door sales internship with energy company IGS and a strong economy.

“I don’t think it’s hard,” he said of finding a job. “The economy seems to be booming.”

Parkhill said almost everyone he knows is in talks with a potential employer.

“If you can go out there and put in the work, success is going to come,” he said.

Parkhill’s experience challenges a prevailing narrative about college, one that says new graduates, saddled with unprecedented levels of debt, are struggling to find jobs in their fields and instead are turning to low wage work and scraping by. Data and expert opinion, though, show that now might be the best time in recent memory for newly-minted college graduates to enter the workforce.

“So, college grads are getting jobs,” Richard Vedder, professor emeritus of economics at Ohio University, said. “That’s a fact. Relatively few are not getting jobs. So that’s the good news. And it’s better news than it was last year — it’s the best it’s been in a decade.”

The most recent data from the New York Federal Reserve pins the unemployment rate for college graduates in general at 2.5 percent, compared to a high of 5 percent in 2010. “That’s about as good as it gets,” Vedder said of the number.

Recent graduates, those aged 22 to 27 with at least a bachelor’s degree, are in a similar spot: Just 4 percent are unemployed. That’s down from 6.9 percent in 2010.

“We’re at a peak,” Vedder said. “The stock market passed 26,000 for the first time in its history — the unemployment rate is about as low as it ever gets. It occasionally dips below 4 percent, but you’re not going to get much better than this.”

Of course, it’s not all rosy. It will be difficult for some graduates to find jobs, or perhaps wages in their chosen fields will be too low.

The latter problem — that some graduates won’t make the money a college degree ordinarily grants them — economists call “underemployment.” The New York Fed defines it as someone working a job that doesn’t typically require a college degree.

The share of underemployed degree holders has ticked up slightly and slowly since 2000, and now sits at 43.4 percent for recent graduates. Vedder and others think that number is too high.

“There are more graduates than there are good jobs available,” Vedder said. “It’s less that the job market is bad now; it’s more that we turn out too damn many college graduates from the standpoint of the labor market.”

Alan McMillan, a Schey Sales Centre board member and founder of LearnEarnRetire.com, teaches an experimental course at OU about how to transition from college to the workforce. While he acknowledged that opportunities for graduates exist, he also pointed to the New York Fed’s underemployment rate.

“The job market is better,” McMillan said. “But how are you going to end up on the better side of the statistics?”

His suggestion: complete multiple internships and network heavily at events like career fairs.

The picture might not be so dire, though — Anthony Carnevale, director of the Georgetown Center on Education and the Workforce, said the way the New York Fed tabulates its rate inflates the share of underemployed workers.

Specifically, Carnevale said its job classifications are overly broad. For example, if Parkhill’s job selling IT advisory services falls under “sales” in the Fed’s data, it might consider him underemployed, despite it being unlikely that he would’ve landed the job without a degree.

Carnevale said his center’s calculation of the underemployment rate pins it at about 20 percent, and he said that hasn’t changed much since the 1980s, when wages for college graduates skyrocketed.

“In the end, it’s about 20 percent of college graduates that make high school wages and should do better,” Carnevale said.

"You make what you take"

Carnevale and Vedder agreed on at least one topic: majors matter.

“They don’t think about what they’re gonna take,” Carnevale said of prospective students. “College is about going to an institution and participating in that community. From an economic point of view, that’s not the case. It’s about what you study.”

His larger point is that higher education has seen a shift in recent years. Increasingly, according to Carnevale, the value of a degree is determined by the problems it allows workers to solve.

“It’s not so much the institution you go to anymore. It’s your field of study that matters,” Carnevale said.

“Something that students are not as aware of as they should be is that there are tremendous variance in job opportunities by major,” said Vedder.

But the degree program is not the end of it. Students can give themselves a better chance to get a desirable job after graduation through things like networking and internships, McMillan said.

“The employer has needs. … The superior way to find a job is to find the problem the employer is trying to solve for and pitching yourself as a solution,” McMillan said.