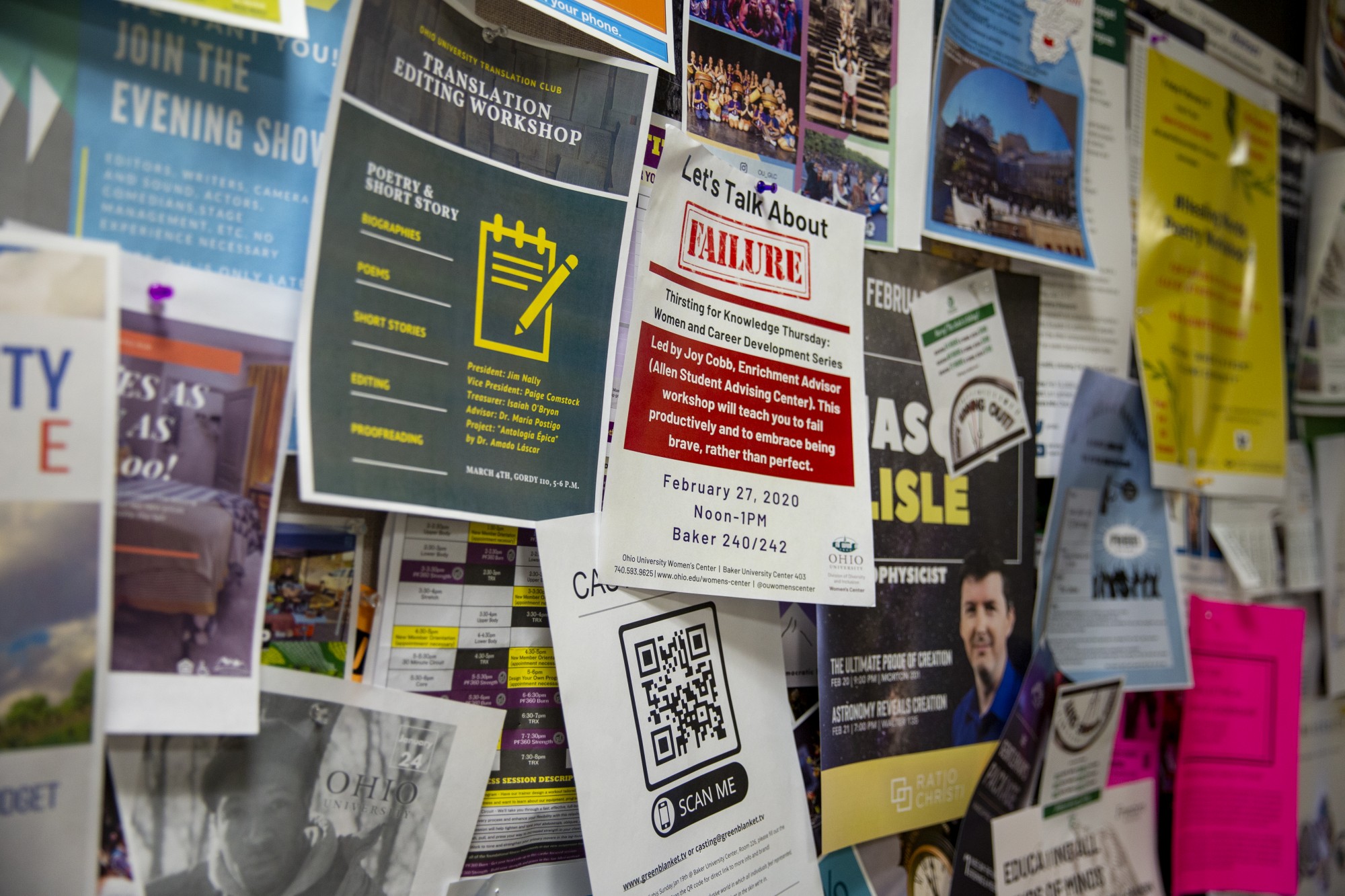 All research studies done through Ohio University must first be approved by the university’s Institutional Review Board, or IRB, to be approved for participant safety and ethics, said Jeffrey Vancouver, a professor and Byham chair of industrial and organizational psychology. These surveys must be approved by the respective IRB, which varies based on the type of study. Legitimate surveys will have an IRB number associated with them.

“If they've gone through the IRB, the IRB will require that you put the IRB number on the flyer so (the prospective participant) can contact research compliance and say ‘Is this a real study?’” Vancouver said. ”(Researchers) should not be collecting data from such human subjects for generalizable purposes without having gone to the IRB.”

Compensation being paid to participants from the studies is also monitored by the IRB for participant protection and legitimacy.

“What the IRB is concerned about would be that the compensation is so high as to coerce people into engaging to be participants as opposed to merely providing compensation,” Vancouver said.

Many studies find offering compensation helps finding research participants. That money often comes from grants or the researcher’s own funds, Vancouver said. The IRB monitors compensation for coercion, so that participants are not being part of something that they would not normally do because they are in desperate need of money.

“You're walking a very fine line between … coercion, which is paying people, so you're ‘coercing’ them to participate when they might not normally if you weren't offering such a high reward,” Hillman said.

Despite being compensated, some students find themselves too busy to participate in studies, especially if the students have to travel somewhere to complete it.

Bobby Lindsey, a freshman studying mechanical engineering, said he usually just deletes the emails but would consider doing a survey in the future if compensated and if he had time.

“It doesn't really bug me. I'm not gonna do it,” Lindsey said. “I'm just gonna delete it.”

Although the IRB monitors compensation levels, there are no specific guidelines for how a study should pay its participants, Angela Hillman, a professor of exercise physiology, said.

“If I'm taking any kind of sample from you, like a bodily fluids sample, or if it's something that's invasive, I think that people should be compensated for that,” Hillman said. “I kind of think of it as ‘What kind of things would you do yourself without compensation?’”

Hillman said she knows of no official standard or compensation requirement for research studies, and it is usually up to the researcher’s discretion.

“There's actually, as far as I'm aware, no standard. I don't think the research office says ‘Well, you have to pay people this much’ or ‘If they do this much work for you, you need to compensate them,’” Hillman said. “I don't think that exists. It's really up to the researcher’s discretion.”

The main reason why most studies use compensation is because researchers also want to make it worth the student’s time, too, said Christie Thiessen, the project coordinator of the alcohol and couples study and a graduate student studying psychology.

“We all make self-benefit decisions with our time every day of whether it's worth it or not,” Thiessen said. “When we're trying to get participants to answer questions, especially personal questions about themselves or come in and do weird stuff in the lab, being able to say, ‘Hey, this will help make it worth your time’ really helps with that recruitment process.”

In Hillman’s study of the effects of tart cherry supplements on inflammation and the gut microbiome, she said she wrote her grant with the compensation of participants in mind.

“I specifically wrote in how much competence I wanted to pay participants — $100 per (participant),” Hillman said. “That's pretty typical. If you're writing a grant, you know that you want to pay participants. You'll obviously work that into your budget in the planning stage.”

All safety and validity within legitimate university studies that are submitted must be approved by the IRB, Vancouver said.

“A big part of it is that participants are made aware of what the risks are and what's being done to mitigate it and as well as what the benefits potentially are, so that participants can make informed decisions regarding whether to consent or not to the research,” Vancouver said.

Alicia Burdette, a junior studying creative writing, said she is wary of completing surveys despite any monetary compensation.

“I have never done that,” Burdette said. “I just don't want to. I feel like it's annoying.”

The benefits for participants are not only limited to monetary compensation, Thiessen said.

“(In some studies) that have people do daily diaries, each day they'll do a brief review of their day and a phone response for weeks. People don't want to do that for no reason,” Thiessen said. “Some of these could be a really important and useful tool for research, and participants certainly get a lot out of it as well.”