It’s a waiting game for the Athens City School District Board of Education. The almost year-long board discussion about what to put on a levy issue to address deteriorating facilities concluded in March, but the decision to approve the levy was made by voters on election night.

Discussions began with three options. All of which addressed what to do with elementary level buildings, including a single campus solution.

The single campus solution, which was supported by disability advocates, was taken off the table by the board in October. While the board had received an offer for eight acres of land on The Ridges from Ohio University, it was not enough. The board wanted 20 acres for the single campus solution and it told residents in October 2017 that OU would not give that amount. 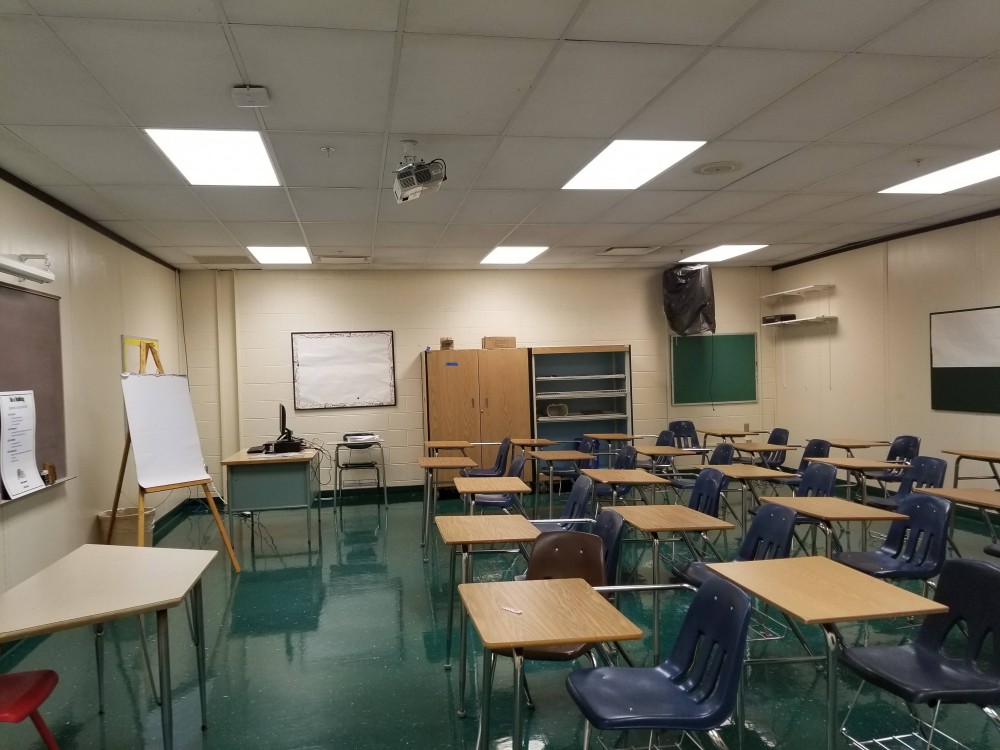 
“Due to the information we received and the lack of land the single campus option is no longer viable for Athens City School District,” Kim Goldsberry, board member, said in a previous Post report.

The board moved from three options to a compromise solution: “option four.” “Option four,” which is the basis for Issue 3, included two pre-K to third-grade buildings, one fourth to sixth grade building, a new high school and a renovated middle school.

The local share of the project is projected to be $60.5 million. The board is expecting nearly 32 percent of the total project cost of $77 million to be covered by the Ohio Facilities Construction Commission, OFCC.

The two pre-K to third-grade buildings would be built on the current locations of East and Morrison-Gordon elementary schools. The fourth to sixth grade building will be in a renovated Plains elementary, which will have a special addition for the sixth grade.

All of these solutions were meant to address two major problems: socio-economic inequality and deteriorating facilities.

A previous Post report analyzed the difference in the performance index between The Plains Elementary and East Elementary, roughly 26.5 percent. Tom Gibbs, superintendent of the district, said the district looked at reducing disparity through socio-economic integration.

That socioeconomic integration would be achieved, based on board discussions, by the grade re-configuration proposed. Kimberly Quick, a policy associate for The Century Foundation, a nonpartisan think tank, said in the previous Post report that the plan would have a positive effect on the income disparity in the schools.

Laura Alloway is a mother of two daughters who attend or attended West Elementary. West Elementary, one of four elementary schools in the district, would be torn down under the proposed plan.

Alloway believes West is a socio-economically balanced community between kids who get free and reduced lunch and those who do not.

The board has made it clear since the beginning of the planning process that some of these facilities were beyond repair. The levy is meant to provide funding to support these replacements.

The board will begin to look into funding the district's work with architects. The district will be solely responsible for funding the plan until they become eligible for state funding.

Rick Savors, spokesman for the Ohio Facilities Construction Commission, said the district has followed all the steps to qualify for the Expedited Local Partnership Program, or ELPP.

ELPP means that the amount of money the district spends on the project before state funding is available and will be deducted, or credited, to the district’s portion of the local share. The final percentage of state funding won’t be confirmed until the district passes the levy and signs a facilities plan agreement.

While the district has given an estimated dollar amount for the state’s contribution, Savors said the OFCC does not provide exact dollar amounts. Instead, they lock in a percentage with the districts.

Savors said the eligibility of districts to receive state funding is based on an eligibility list developed by the Ohio Department of Education.

The list is based on a local property wealth indicator and is revised every year. The timeline for when districts will receive funding would be decided by how many districts decide to use the money for its approved projects.

The passage of the levy brings the district into a new set of discussions about how to move forward with addressing the facilities and social concerns within the district.

Nolan Simmons contributed to this report.