Here is a breakdown of how much money was spent in some of Ohio’s major races.

More than $90 million was raised for local, statewide and federal races in Ohio by candidates from the Republican and Democratic parties prior to the Nov. 6 general election.

Money raised is less often an indicator of who will win a race, but it can show just how competitive it is and how much people care about the outcome. This holds true for the gubernatorial race, which was a projected toss-up, according to the Cook Political Report, but Republican Mike DeWine ended up winning.

According to the Federal Election Commission (FEC) and the Ohio Secretary of State’s website, the majority of the money is being funneled into one race, the Ohio gubernatorial race between Democrat Richard Cordray and DeWine. DeWine raised more than $23 million while Cordray raised over $37 million. 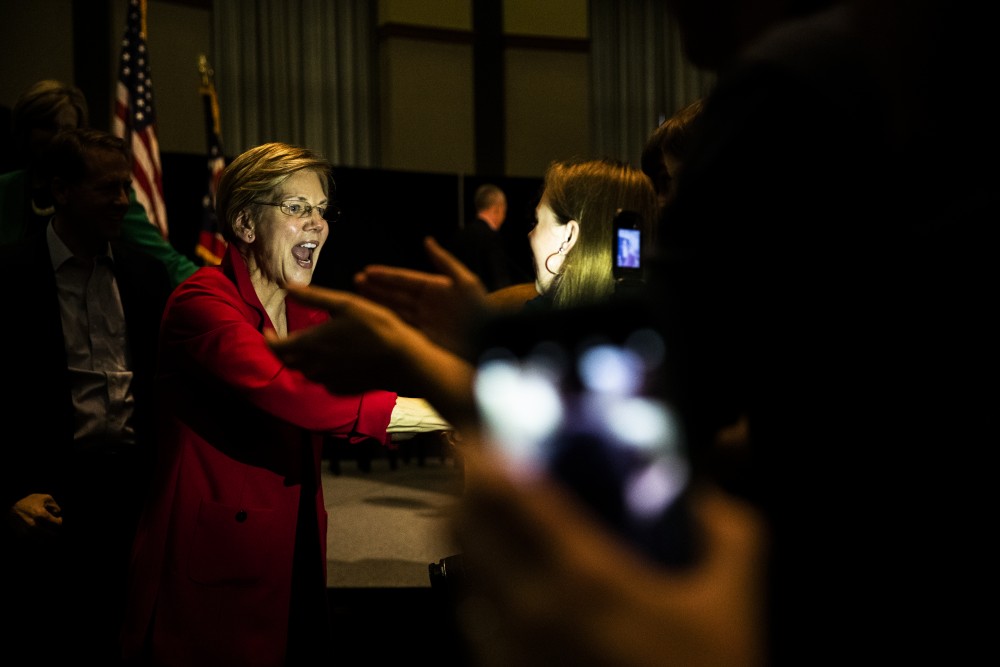 Other races throughout Ohio have much larger margins. Steve Stivers, R-Upper Arlington, is doubling the amount raised by his opponent, Democrat Rick Neal. Stivers raised more than $3.8 million, while Neal raised more than $1.2 million. Sen. Sherrod Brown, D-OH, outraised Rep. Jim Renacci for the U.S. Senate race by more than $20 million. Brown raised about $22 million compared to about $7.8 million by Renacci.

Campaign finance changed in 2010 and 2014 when the U.S. Supreme Court decided Citizens United v. Federal Election Commision and McCutchen v. Federal Election Commission. Those decisions removed limits on the amount an individual may contribute during a two-year period to all federal candidates, parties and political action committees combined. This means that much more money could flow into political campaigns than ever before.

This money comes from various sources but can be broken down into a few different categories: individual contributions; political party and other committee contributions, often referred to as Political Action Committee (PAC) money; candidate contributions; and loans.

“You’ll likely see Democrats shying away from PAC money use during this election while Republicans will still accept large donations from them,” Sarah Poggione, a political science professor at Ohio University, said.

Poggione said many Democratic campaigns want to do more grassroot fundraising in order to give themselves an image of not being controlled by big business. She said Democrats will still accept money from rich donors.

PAC money has become controversial. Some candidates, mostly Democrats, even swear off taking corporate PAC money from businesses and take a more grassroots approach to fundraising, while other candidates take in large amounts from those funds.

Sappington, for example, was one of those candidates. His donations averaged about $195 per donation compared to $1,225 per donation for Edwards, his opponent.

“This is my most passionate issue,” Sappington said. “We started this campaign, and we made a pledge to take no corporate PAC money.”

Sappington said he has called out Democrats across the state who make this pledge but then take corporate PAC money when they win office.

Sappington was still given donations by pro-Democratic PACs and committees, such as Every District, LaunchProgress and the Ohio House Democratic Caucus, but a majority of his donations were from individuals.

Edwards received large amounts of donations from individuals but also got big dollar donations from corporate PACs and unions, such as the Ohio AFO-CIO Voter Education Fund, Realtors PAC and Ohio Coal PAC.

Edwards said he is thankful for donations and endorsements from organizations, such as the Chamber of Commerce and labor unions, but he does not vote based on what they want. He said the choices he makes on votes are his own, and they can sometimes upset these very same groups.

Anyone can look up how much money is being spent on any elections by looking up the FEC or the state’s Secretary of State’s websites.