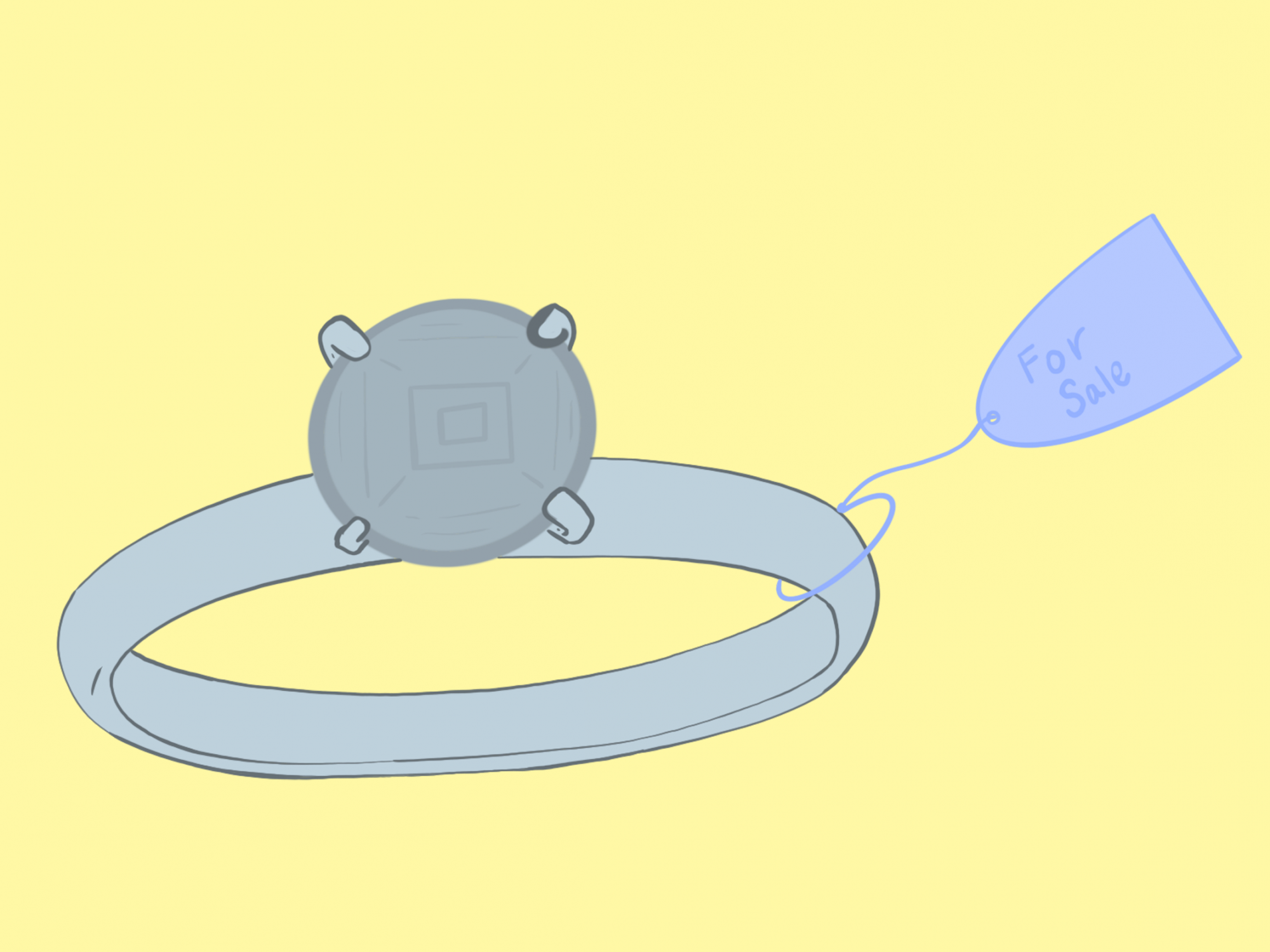 From Courting to COVID-19 to Court Documents

C harles Cohara sits parked in his car, across from the Speedway on Second Avenue in Gallipolis. Cohara, an attorney, is there for work. He’s writing up court documents for a client.

When she arrives, both sanitize their hands, don masks and gloves. They stand far apart, on opposite sides of the hood of his car, passing documents back and forth, signing with their own pens.

“It was really hard when the libraries were closed,” Cohara, a senior staff attorney at Southeast Ohio Legal Services, or SEOLS, in Athens, says. “They’re a place to go and fax your documents and a place for us to go and meet our clients.”

In Southeast Ohio, broadband internet access is not guaranteed. When libraries closed due to the coronavirus pandemic, many of Cohara’s divorce clients, who are low-income or senior citizens, found it difficult to overcome connectivity issues. Libraries were the only place they could go.

“Certainly in the beginning, when we were in lockdown, we saw people that made an attempt at reconciliation because in a crisis, you’re going to set aside differences and go with the one you’re with,” Cohara says.

Children make the divorce process even more difficult, but visitations and shared parenting help torn couples make the transition into single parenthood simpler. When nationwide lockdowns began to happen, however, that changed. Long-distance traveling, out-of-state parents and others all missed what would’ve been regular visitations. There were a lot more virtual visits and hearings as well, Cohara says.

“I’ve been doing divorces now since 2004 — 16 years — and there was always, no matter the suitability, some sort of in-person visitation for the non-custodial parent,” Cohara says.

“It’s been an adjustment for me, as an attorney, trying to cross-examine a witness over a screen,” Cohara says. “I kind of like to be in the room with the person I’m questioning — body language tells that kind of thing, dictates where my question goes.”

Virtual sessions have sort of limited his gut instinct, Cohara says. Divorce is the traditional route people go to end marriages, Cohara said, but nobody knows how it will end. Divorce can be expensive. In Athens, the filing fees for domestic divorce/dissolution cases with children is $350, or without children, $300 — fees with which Southeast Ohio Legal Services can help, Cohara says.

Cohara says the number of calls the Athens SEOLS office got for help on divorces for the first three quarters is down 20%. For him, it seems dissolutions — where couples ask for the courts to dissolve a marriage — are a popular option for separation.

It takes a minimum of 42 days to get divorced, Cohara says, but he’s seen dissolutions as fast as half that time.

“I have seen dissolutions come in under a month before, with no hard feelings,” Cohara says. I can't say that we’re not seeing less people wanting to end their marriage. It feels like I can tell you that the fact that people want dissolution (is) up.”

For a while, the courts were operating at half-staff, which initially slowed the rate of things. But the courts never closed.

In April, the state reported that since schools transitioned online in March, reports of child abuse and neglect declined nearly 50%. Divorce cases involving children and imminent danger were prioritized when lockdowns started, both Cohara and McCarthy say.

Virtual hearings have been convenient for some, McCarthy says, like out-of-state attorneys and those living in Cincinnati or Columbus. But it’s different to not have people in the courtroom, he says.

“I deal with mostly felony cases, which are punishable by possible prison time,” McCarthy says. “So it’s a little— it removes you a little bit, as opposed to in-person.”

The Athens County courthouse had to be updated with new technology to continue hearings. There is a TV on each wall at each counsel table as well as one at the witness chair and two more in the jury room. There are also cameras with direct links to the Southeast Ohio Regional Jail.

Jane Doe, of Washington state, says she will always think of her divorce as something related to COVID-19. Her identity has been kept anonymous due to the sensitive nature of her experience.

Doe, 39, and her partner were married for eight years. Her divorce, she says, felt like a decision that was made but not acted upon.

“I had not really planned to leave the family residence until it became a reality that we would all be trapped in the same house together,” Doe says.

On April 6, Doe woke up and left. Because of COVID-19, Doe feels that she didn’t get to leave on her own terms.

“It didn’t feel like a timeframe of my own.”—Jane Doe, of Washington state

“It didn’t feel like a timeframe of my own,” Doe says.

Doe had just moved to Washington a couple years ago. That is when the relationship changed, she says. Now, undergoing her divorce, she finds herself alone in a still-new city.

But Doe couldn’t go to court immediately; she was granted full custody of her children outright. She says her ex had very few legal rights when the process started. Altogether, she is working, divorcing entirely online and caring for her children at home.

“I haven’t actually signed a single physical piece of paperwork,” Doe says. “I have a lawyer I’ve never met that I’m paying thousands of dollars to. I’m having a fully digital divorce ... It’s super surreal.”

Doe’s settlement deadline is March 2021. She thinks that she will probably divorce entirely during COVID-19. She wonders if the pandemic will end the same time her marriage does.

Doe feels that she got her future back, but it might be weird for her when the pandemic ends.

“I’ll walk back out into life at the end of this, and people won't even know that this happened,” Doe said.

Doe feels lucky that she realized she wanted a divorce before the pandemic.

“It’s funny; it’s so horrible,” Doe says. “I can’t believe how horrible getting divorced is. But I feel like so many more people should do it. It’s your whole life. I had to realize that.”

But she worries about those in similar circumstances — and those who are less fortunate, in need of financial and emotional support. 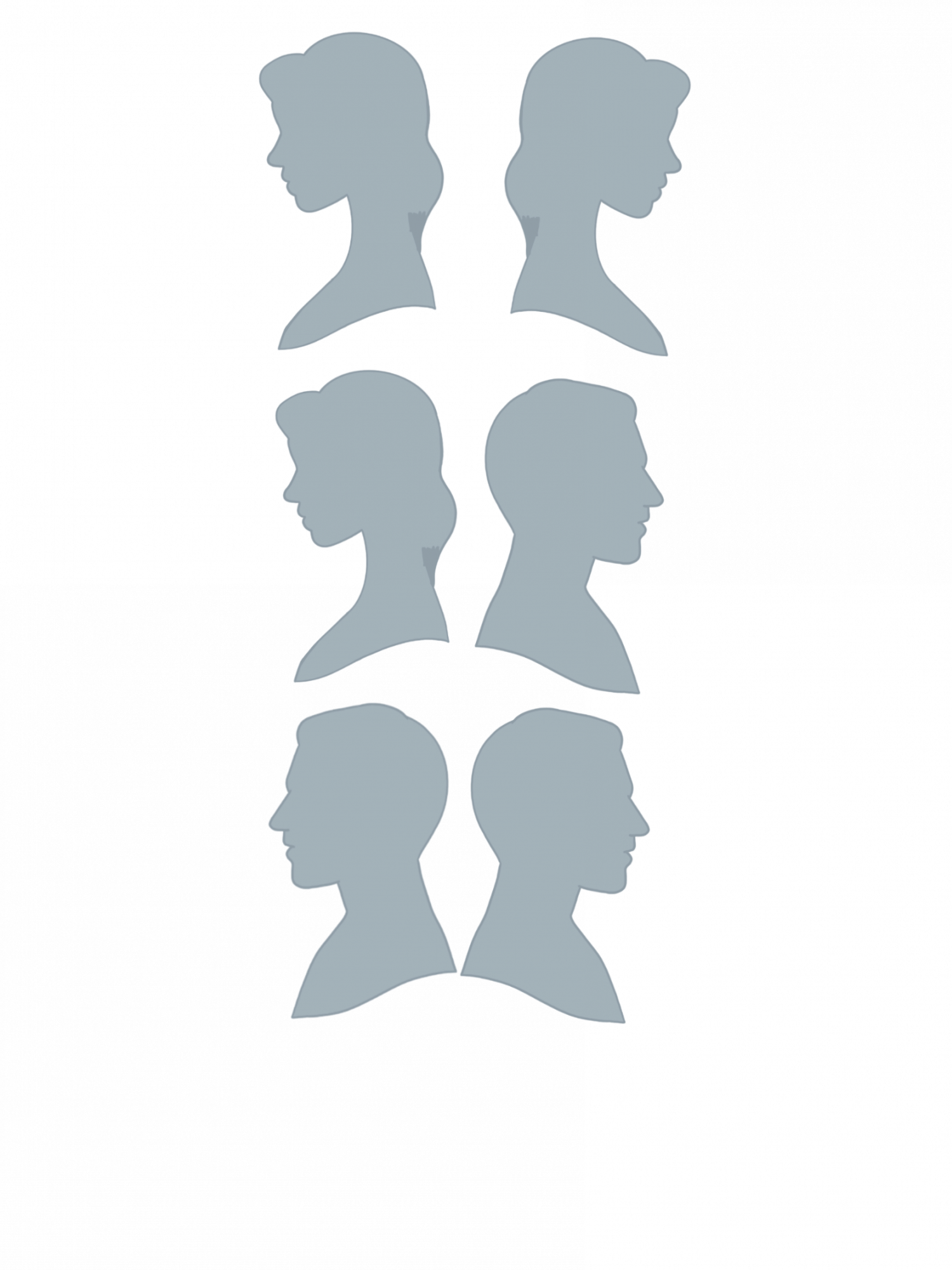 “I really worry about a lot of women in situations who have lost their jobs and support,” Doe says. “I somehow knew that I could somehow make it and have resources ... There are lots of women in far worse situations.”

In Ohio, there are resources for those who need them. My Sister’s Place is a domestic violence agency in Athens that offers services such as outreach counseling, a 24/7 help hotline, emergency shelter and court advocacy.

My Sister’s Place has adapted to the pandemic, Kelly Cooke, executive director at My Sister’s Place, says. The organization's main shelter with a confidential address normally has 11 beds but can only take three individuals or families at the moment. My Sister’s Place, in response, has taken to assisting people by helping them transition into different housing.

“When it's safe to do so, we’re moving shelter clients into (apartments),” Cooke says. “For people who have a more serious physical risk, we’ve been keeping them in the shelter.”

My Sister’s Place is actually serving more people than it normally does, Cooke says, but all clients are spread out for the time being. Initially, though, when the pandemic started, My Sister’s Place’s hotline usage went down, which concerned Cooke.

“We kind of expected that our hotline numbers would go up,” Cooke says. “Actually what happened was, our hotline numbers initially went down. With people stuck at home during the stay-at-home order, it was harder for a lot of people to call us. I think a lot of times, people call us at work or they’re at a doctor’s appointment. And all of the sudden, everybody was at home.”

Numbers returned to normal by summertime, Cooke says. My Sister’s Place started a text hotline. The shelter is also responsive to Facebook messages. Cooke encourages anyone facing domestic violence or relationship abuse to reach out.

Doe says the pandemic has offered her time to reflect.

“I think one thing COVID has given me is time to grieve,” Doe says. “I would’ve busied myself with the same things I did to be happy despite the marriage. Just looking at the relationship — how I got into it and how I stayed — it gives me something of an opportunity for self-reflection in having a COVID divorce.”