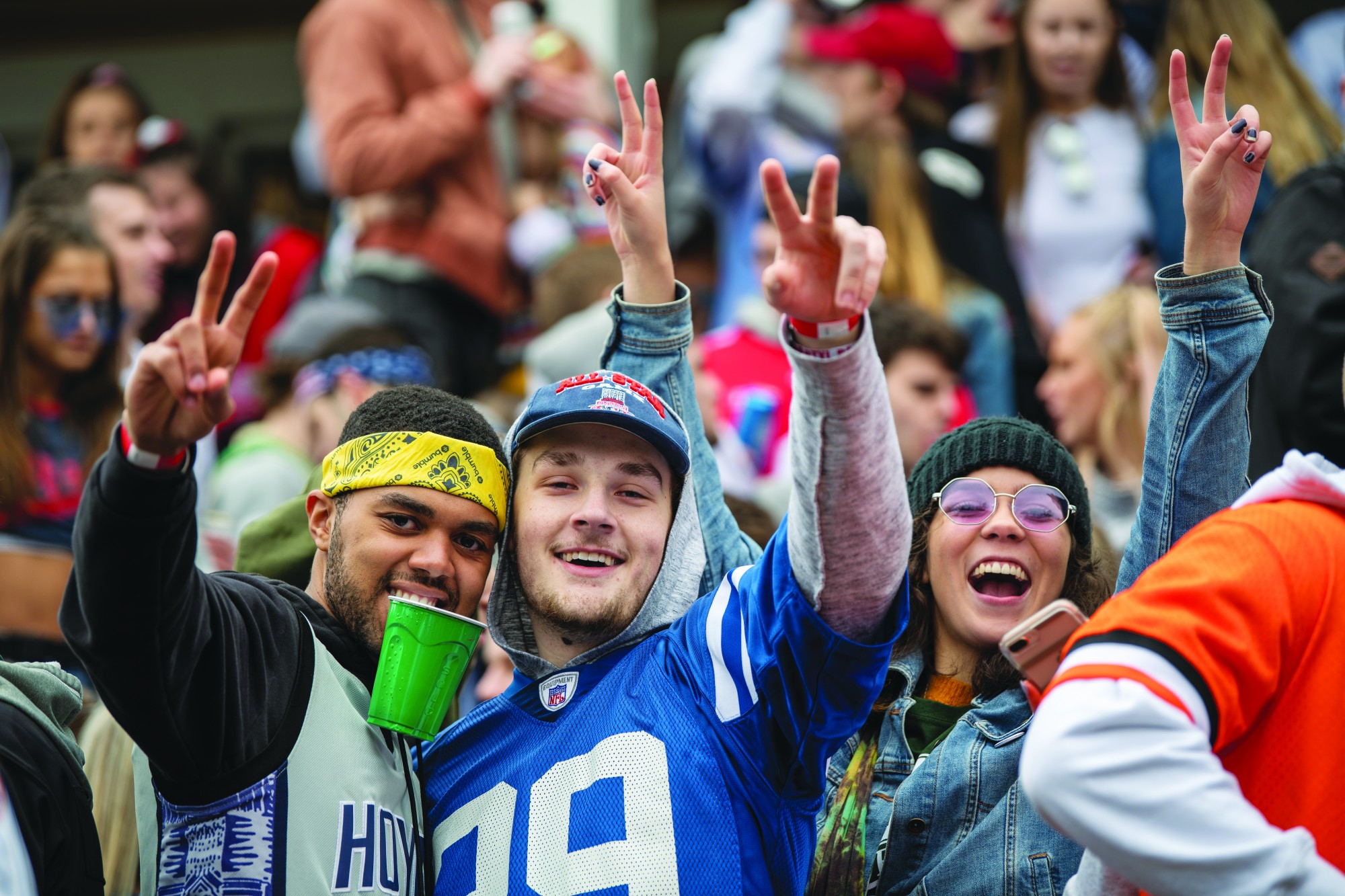 Editor’s note: This article is an updated version of Fests not allowed by OU, Athens

T he coronavirus disease, also called COVID-19, has ushered in an unforgettable, world-stopping pandemic. Its effects on everyday life seem to be growing each day.

In-person college classes, K-12 public schools, special events, such as Ohio University’s spring 2020 commencement, bars, tattoo parlors and sit-in dining services have all been temporarily halted as precautionary measures — for what looks to be indefinitely. And, notably, festgoers for spring 2020 will not be permitted to gather.

The novel coronavirus, once a horrific disease with headlines about the other side of the world, is now close to home. As of March 18, Ohio has 88 confirmed cases of the virus across the state — a number that grows each day.

Fest season was set to begin the weekend of March 21. The annual spring party season usually kicks off with Mill Fest. Following more and more news saturated with COVID-19, some students also had apparently organized an impromptu-fest called CoronaFest and created a GroupMe chat with over 2,000 members.

But Brick Life Entertainment, a promotion party group, pulled out of both Corona Fest and Mill Fest, Caity Stegmaier, a DJ with Brick Life, said. Brick Life is known throughout Athens for its social media presence, partying and DJ promotion. Brick Life events can be found almost every week Uptown.

It was a difficult choice for Brick Life to make, Stegmaier said.

“Most (of us at Brick Life) are seniors,” Stegmaier, a senior studying music production, said. “It was tough because (since) last week so much has changed. People have come to us and been in support or not. Even though it’s not completely up to us, it seems like people think we run it all.”

Brick Life made the decision to pull out to guard its name, Stegamaier said. Though embedded in OU’s party culture, Brick Life does not have total control in situations such as these.

Stegmaier also said Brick Life was concerned over partygoers’ safety, both in their health and in partying itself.

“(With the) cap on 100 (people), we didn't know what the Athens Police Department would do (to bust up parties),” she said. “We want to make sure students are still healthy. We want younger students to still be OK.”

Stegmaier said other fests may be possible down the road, pending the state of the pandemic at later times.

Making the adjustment to carryout service only hasn’t been easy for Jackie O’s Brewpub and Public House Restaurant, Michelle Oestrike, vice president of Jackie O’s, said in an email. Jackie O’s has temporarily laid off over half of its staff during one of the busiest times of year for Athens

Both Jackie O’s Brewpub, 22 W. Union St., and Taproom, 25 Campbell St., are open for carryout food and beer. Jackie O’s will even be offering a delivery service out of the Public House starting Thursday.

The best thing people can do to support Jackie O’s is to buy its beer, Oestrike said.

“Please bear with us as we figure out these new systems,” Oestrike said. “We appreciate everyone's support.”

“Our main thing (is) we are (effectively) closed,” Adomas Fabin, a bouncer at The Union, said. “We’re not doing shows ... We’re selling any beer that we have in our stock ... at a reduced price.”

People are coming out to buy The Union’s beer, Fabin said. A lot of regulars are coming through as well as local figures from Athens’ scene. The Union is going to sell until it runs out.

“(Our) main thing is helping us get rid of this carryout stuff,” Fabin said. “Not losing, not gaining (money), and putting us in a neutral spot.”

Like Jackie O’s, The Union has let go of some of its staff. Fabin and his fellow staff are filing for unemployment.

The Union is known as somewhat of a haven for musicians and an undisputed spot for locally-grown tunes. But show cancellations and postponements make for a resting period of sorts, Fabin said. The local music scene finds itself in an odd situation right now.

“One good thing this might provide for local music scene (is) time to take a break (and) recalibrate,” Fabin said. “As long as bands keep (a) presence in the scene, I think they'll be fine.”

Fabin himself has had to cancel house shows he booked for fests, including Mill, High, Congo and Palmer. He doesn’t expect a quick return to business as usual, but he thinks The Union will be OK in the long run.

“I think we’ll be fine,” Fabin said. “It’ll be an excitement to come back out.”

Like many other students set to graduate this May, Zachary Logsdon, a fifth-year studying meteorology, faces uncertainty. At the time of the interview, he didn’t know if he’d walk for spring 2020 commencement — and as of March 18, he won’t since it has postponed until further notice.

As a first generation college student, commencement took on a bigger, more special meaning for him. Logsdon was also disappointed in fest season’s de facto cancellation. As a senior, he wanted his last spring to go out with a bang.

“Everything was ripped away sooner than expected,” Logsdon said.

Logsdon life faces even more uncertainty now, as he is out of a job. As an employee at The Over Hang, 63 N. Court St., Logsdon finds himself out of work.

“I will probably have to go home as well,” Logsdon said. “The bars in general have been slower, sort of uncertain and stressful for all of us.”

Lodgson said he spent time until closing with friends at his favorite Athens bars.

“We all went out to the bars last night until 9 o’clock,” he said. “With no (definite) future, it was kind of a goodbye to the bars as an undergrad.”

Saying goodbye as a senior has been the hardest part of this, he said. The goodbyes he bids to Athens, OU and the bars are abrupt and feel informal.

“We don't really get to have that formal send-off,” he said.

Bobby Corns, a senior studying psychology, moved most of his belongings out of his rental housing March 17. He felt disheartened, like he was driving away without a solid goodbye.

“I'm just hoping that we return to normalcy,” Corns said. “I’m sure that many other seniors would appreciate just getting closure.”

Corns’ last semester didn’t really feel all that different, he said, but he was savoring the time he had left.

“I was trying to not waste a second,” Corns said. “(I was) trying to make a lasting impression, trying to experience Athens for what it is. I knew come May, things would change, but it’s March ... I’m just sad that it feels like it’s been pulled out of my hands.”

Corns was on tour with the Singing Men of Ohio when he heard the news of the transition to online classes. All university travel was to end, and it was time for him to pack up and go home.

For Corns, online classes are a new beast. He’s not sure how they’ll work for him. Classes will begin Monday, March 23.

“Just as a student that's never taken an online class, it's kind of nerve-wracking,” Corns said. “I don't know what to expect ... (I’m) just confused and, like, uncertain.”

Corns also went on one last ride to the bars and restaurants. He’s hoping for one more crawl. Though he agrees with the precautions being taken, he recognizes how utterly confusing and heartbreaking the circumstances are.