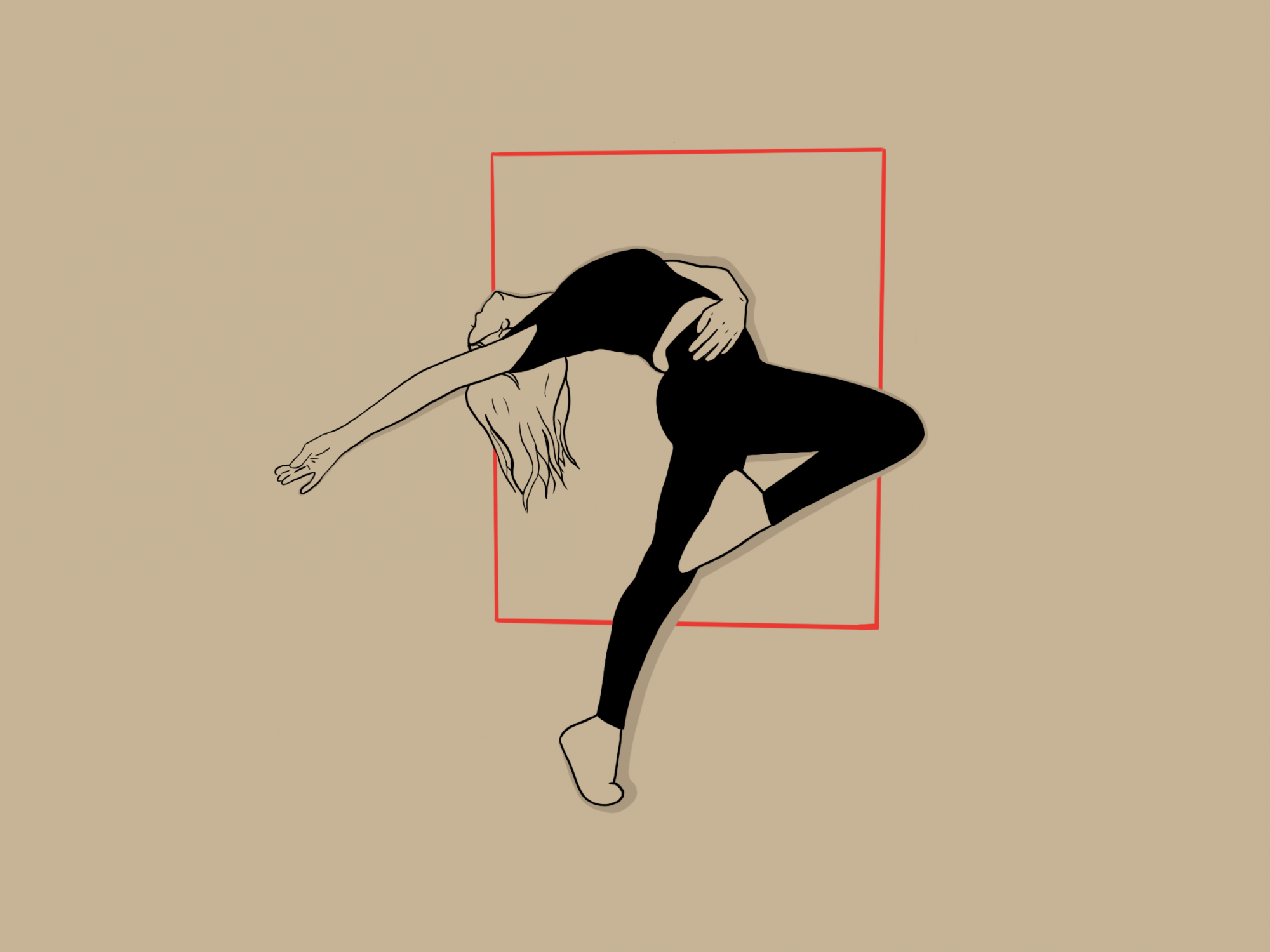 M atthew Harrison wasn’t prepared for this to happen. When the junior music performance major received the July 31 announcement that Ohio University students would be online for the majority of the Fall Semester, he immediately wondered what that would mean for him and the rest of his peers in his major.

Not to mention how this would implicate every other major in OU’s College of Fine Arts.

Harrison and the rest of the OU student body were forced to adapt to virtual classes, but it’s proven to be extra challenging for students whose majors depend on their performances. Harrison and other students feel OU’s general disorganization is the current roadblock.

“It’s a lot because the university is kind of making last-minute decisions, and they let everybody know the same info at the same time, professors included, which means they don’t really have time to prepare and make thought-out decisions, and they have to make quick decisions that might not necessarily be the most efficient option,” Harrison said. “If they would have had time to think about it, they might have been able to create a more accommodating system to the times.”

Despite the disorganization, performing arts students are trying to keep a positive mindset.

The School of Dance faculty and staff immediately started working to adapt their students to an online setting. Their technique classes are continuing synchronously, and they have created ways for musicians to play live for some of the classes.

At the beginning of September, the School of Dance hosted a live feed of the 2020 Fall Dance Concert: A COVID Experiment, which featured OU School of Dance alumnae from the class of 2020 and visiting artists Lexi Bell, Kassie Keil, Brittany “Bert” Hawthorne and Maya Holcomb as well as work from Cierra Hill and Riley Murray.

Christi Camper Moore, an assistant professor of dance and head of the arts administration, has observed students’ progress not hindered by virtual classes but, instead, reflected upon through discussion.

“These conversations are focused on staying present, showing up with our whole selves, and being honest about what feels challenging,” Camper Moore said in an email. “Progress is not solely defined along a forward, linear path. Progress currently might feel circular, or varying rhythms of momentum, or just a commitment to not allowing things to feel stuck. All of this is progress, and all of this is valuable information for continued learning.”

Jordan Jackson, a sophomore studying dance performance and choreography, has felt frustrated with the transition due to the small space to perform at home and the lack of energy she receives from being in a classroom.

She works from her basement and her backyard in Cleveland, where she takes videos of her dancing and edits them together. Though she repeats the process over and over, she never gets used to it.

“I think the dance program has been handling it very well, considering we’re a major that is more in need of an actual space,” Jackson said. “To have it online has probably been very hard for the faculty, and all of them to figure that out as well as for the students because it’s so different.”

Paige Strasel, a junior studying vocal performance, sees this difference within music performance majors as well. The students have been singing over Zoom and have had to edit and accompany themselves somewhat to get the right sound.

Though she feels it’s not ideal, she is proud of all the vocal faculty and students for their work with adapting. It doesn’t stop her from feeling uncomfortable when she has to practice opera in her Athens apartment.

“We did this a little bit last semester, which was rough,” Strasel said. “I think it’s definitely better this time around. But singing loudly in my apartment, I don’t want my neighbors to complain.”

Andrew Ryker, director of opera and assistant professor of voice, is hoping that with Phase Two of the return plan, more outdoor spaces will become available for rehearsal. The plan right now is to do the fall vocal concert either at Scripps Amphitheater or through an online format, depending on COVID-19 restrictions.

“Online is hard; students have to focus more,” Ryker said in an email. “They have to listen harder and think harder. That's taxing. Beyond that, it's extremely difficult and almost impossible to collaborate with other performers virtually. There are programs where you can create your own part and submit it, but that's not the same as making music together. Something is lost this semester and in my opinion, it's that.”

Though Ryker is feeling that sense of loss, he feels students are doing their best. Christopher Fisher, director of the School of Music, agrees with Ryker and is impressed with how hard students and faculty are working to find silver linings in the current situation.

“Musicians are by nature creative, resilient and determined, and I am so pleased with the extraordinary ways our faculty and students are demonstrating flexibility and persistence in the face of this difficult season,” Fisher said.

One of Fisher’s students is Harrison, who plays the trombone. Harrison spends all day surrounding himself with music and would do so whether or not classes were in-person. He believes virtual classes aren’t really a setback for students as long as they’re dedicated to their craft.

“Personally, in my work field, it’s not really a setback,” Harrison said. “It’s a setback in the sense that I do not have access to certain facilities that make my career studies easier … but it’s kind of just on you to put in the work outside of classes and rehearsals so that I am performing at a top ability.”

In terms of theater, students and faculty are still hosting rehearsals for shows through a virtual setting.

Natalie Burkett, a junior studying stage management, is taking a seminar class with her adviser and other upperclassmen stage managers as well as working on several shows and having rehearsals through Microsoft Teams and Zoom.

“We’ve had to adapt and start sending out daily rehearsal notices, so those come out the day or night before a rehearsal, which is a little bit more frustrating both on the actor side and the stage manager side because we do have to send it out every single day,” Burkett said. “But it’s just been what we have to do to make sure we get all of the work done that we want to.”

Daniel Denhart, a professor of production design and technology, has been trying to present as many hands-on learning methods as possible during this virtual period. There will not be live performances in front of audiences this semester, Denhart said.

“I am concerned that students will have less opportunities to gain practical experience that will prepare them for their future goals,” Denhart said in an email. “I am also optimistic that students are being challenged to find new ways of producing work.”

Adriana Holst, a sophomore studying musical theater, has been struggling to adapt due to her lack of workspace. Her parents have been trying to sell their house and didn’t expect her to be home, so she’s been working in hotel rooms, hallways and bathrooms. More than a lack of workspace, Holst wishes she could be with her peers while performing.

“At least to the performing arts, I just think that we build off of each other a lot,” Holst said. “So I think it is a big challenge to not have each other in the room giving their support and building off of each other’s energy.”

Students like Holst believe virtual performing may change the course of the entire performing arts profession. At least in regards to theater, however, she doesn’t think this is a bad move.

“I think that we’re seeing a shift into digital live theater, which I think would be awesome,” Holst said. “I think one of the biggest flaws with the evolution of live theater is how it’s become so inaccessible to people who can’t afford Broadway tickets.”

This positive outlook exists within Holst, Strasel, Burkett, Jackson, Harrison and a good majority of the students and faculty in the College of Fine Arts. They do, however, all feel the difference this semester when it comes to the tradition and heart of performing arts.

“I would say though in respect to the arts and a virtual class environment that, especially with the oral arts, is that music is much better heard in person and much better felt in person than over the internet,” Harrison said. “I really hope that we can, as a country, overcome this pandemic so that we can get the arts back to normal.”