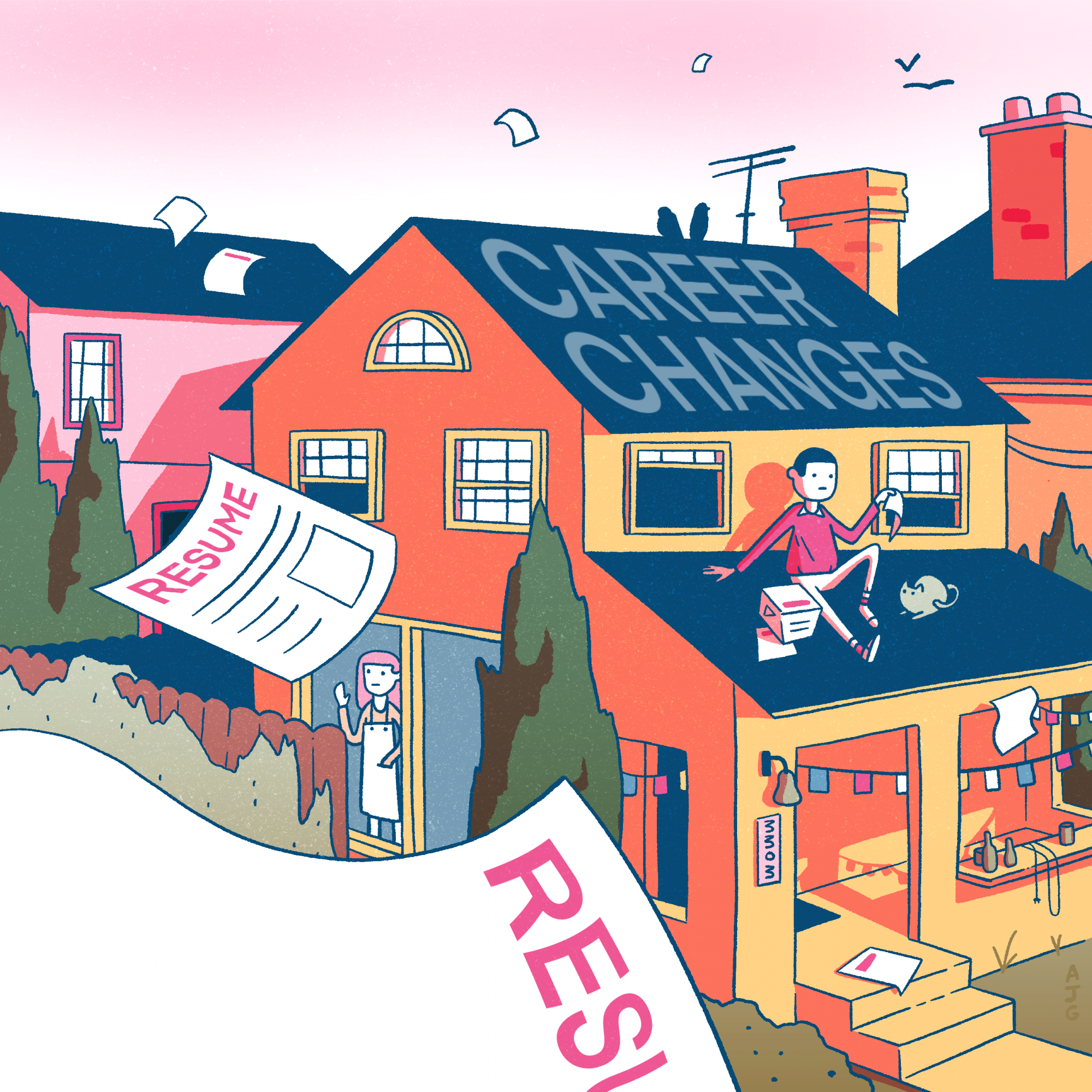 A s the class of 2020 read their congratulatory email from Ohio University in lieu of an actual commencement, they knew finding a job would be their first challenge, but struggling to do so during a pandemic was not something any of these students anticipated at the start of their senior year.

Entering the workforce as a recent graduate is already a difficult task without the added struggles brought on by a pandemic. These individuals must leave the life they’ve had for the past four years behind and step out into the world on their own as they look forward to their futures. Unfortunately, the graduates of spring 2020 entered their new lives during a pandemic and global recession.

Nick Reincheld, a spring 2020 graduate who studied international studies with a focus in European studies and internal relations, immediately felt the discouraging effects of finding a job during a pandemic, such as job unavailability due to the recession.

“Money across the board for organizations just sort of dried up. I wasn't able to get anything,” Reincheld said. “But the pandemic had forced them to lay off a lot of people, and other jobs like that were just not really hiring because they weren't able to.”

According to the U.S. Bureau of Labor Statistics, unemployment rates in the U.S. were at 14.7% in April 2020. This was the highest rate and largest over-the-month increase in the history of collected data. 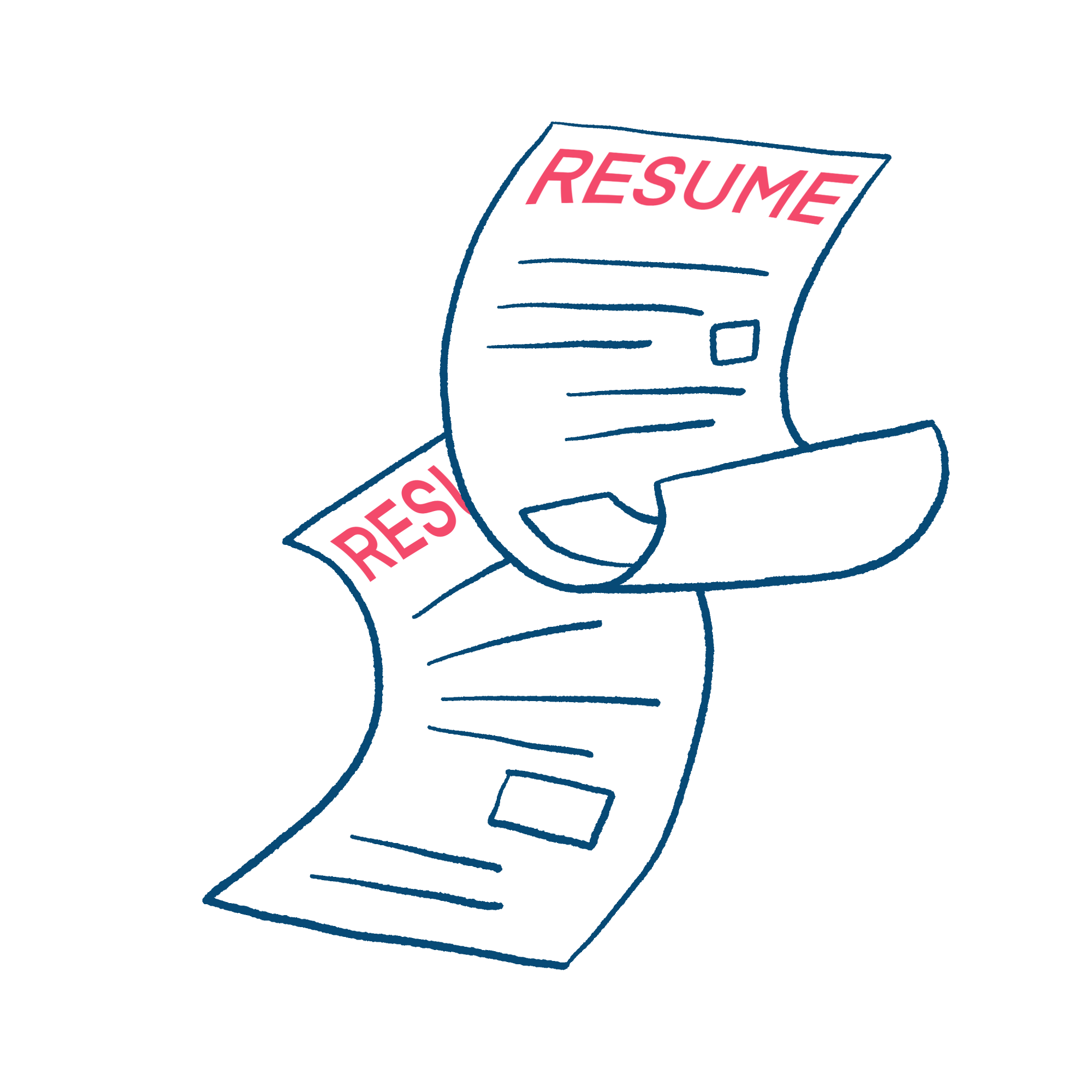 Reincheld and his boyfriend of two years, Anthony Cruz, graduated together. As Reincheld looked for jobs, the couple moved around the country. In January, Reincheld got a job as a Starbucks barista in Canada, and the two ended up there.

“I did move around a couple times just to try and find areas that would be the best fit for me in terms of jobs,” Reincheld said. “Shortly after graduating, I moved to New Jersey, where I was hoping to get a paid internship working for a medical company, but then that fell through. And so then after a couple months of the summer, I've moved to Wisconsin … I got a part-time job working for a company where I was able to transfer to a location up here in Canada.”

At the end of March, Reincheld starts his second job with TD Bank as a customer experience associate. The process of getting himself to this point has been a difficult one, Reincheld said.

“I've been forced to become more realistic,” Reincheld said. “I might have to take a job for a little bit that I might not start off right away with where I want to be, but as long as I keep working at it one day, it will become more and more of a reality instead of just a hope and dream.”

Cruz experienced similar compromise with his plans for the future. At OU, Cruz double majored in psychology and math as well as minoring in composition studies. His original plan was to study for his master’s and, eventually, his Ph.D., Cruz said. He planned to do some on-campus research under some psychology professors while studying for his master’s.

“I was actually considering deferring just because of all the uncertainty around it. I didn't want to spend my first year completely remote, and it would also be a chance to save up money,” Cruz said. “Instead of staying for my Ph.D., which was my original plan, I’m thinking now of cutting it short of my master’s and going to get a job after that.” 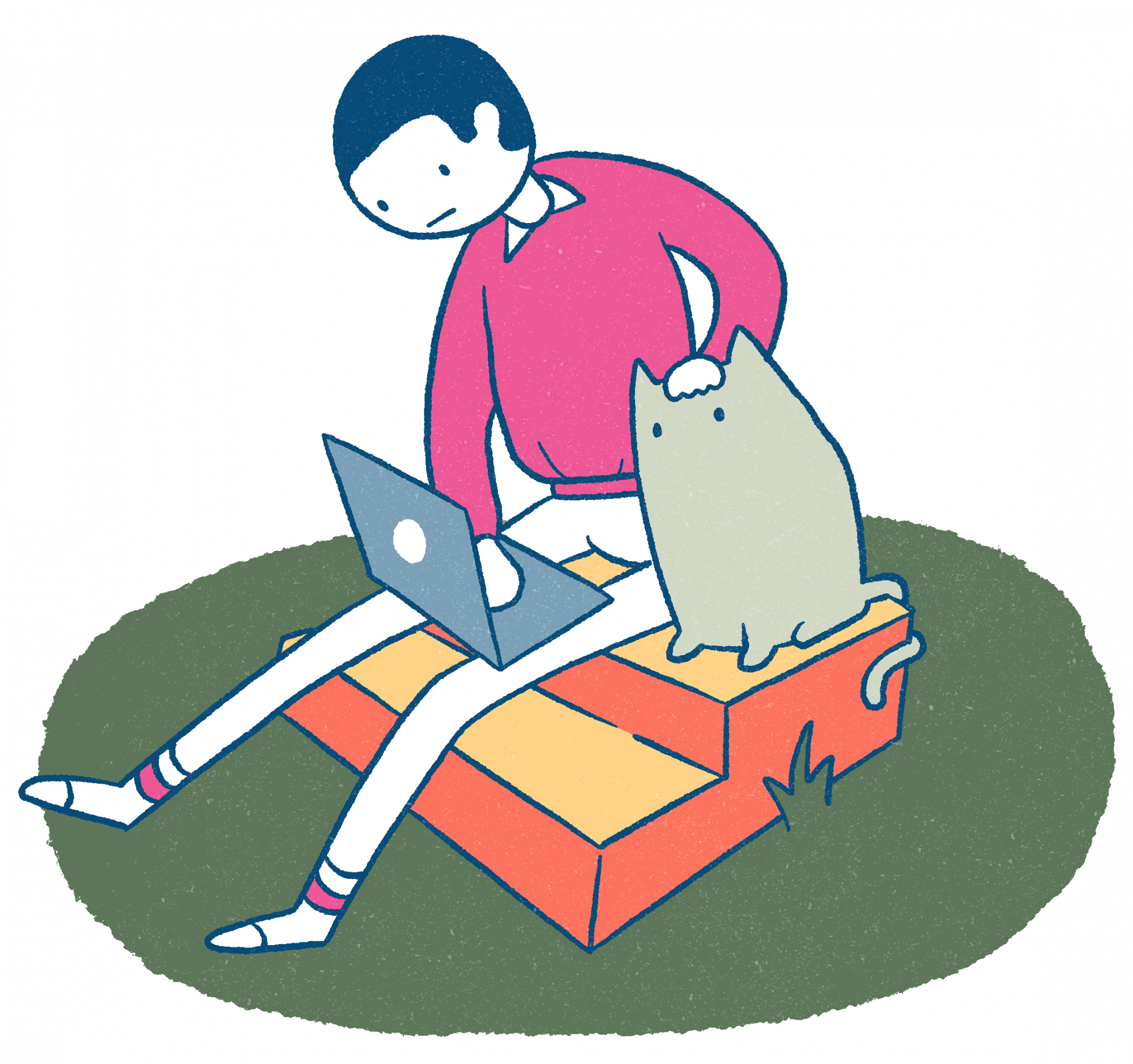 Although Cruz does plan to find a more permanent job after he graduates with his master’s, he currently works as an assistant manager at a Mathnasium. Mathnasium is a supplemental math learning franchise found both in the U.S. and internationally. Going through the job search for his current job was an odd process though, Cruz said.

“I feel like growing up you're told to go in and meet people, and you don't get that when everything is completely remote, so it's a very weird job,” Cruz said. “In that respect, you have to learn all the new procedures and everything from scratch, even though you've been doing it your whole life.”

Michael Goodnight, a spring 2020 graduate who studied sports marketing, also made compromises to his goals. Goodnight had an internship with Jump Start Sports during his time at OU that he hoped would end in a job. Alas, the pandemic led to unexpected layoffs, and the company couldn’t follow through, Goodnight said.

Goodnight began looking beyond his initial job search when he found his current position as a personal mortgage adviser at Nations Lending.

“After a while, you just got to accept it. This is impacting not just you, but the whole world and everyone's going through it,” Goodnight said. “I was like, ‘I'll branch out. It could be something that's good for me, and I'm actually happy where I'm at right now’ … I'm getting paid more here than if I would have went to Jump Start Sports, so it worked out for the best.”

Cassidy Selep, a spring 2020 graduate who studied strategic communication and Spanish, struggled for a while as well. Selep was so focused on graduating during a pandemic that it distracted her from finding a job.

“I really just kind of focused on graduating, but then once I realized I'm done now in Athens and I'm going to have to actually do something, I kind of started to apply for jobs literally like anywhere, honestly, before I got the job I have now,” Selep said. “I had gotten my substitute teacher license for the state of Illinois. I have no experience teaching, but I was like, ‘That's a job. They need substitutes.’”

“I'm so grateful and thankful for them,” Selep said. “It just kind of came to me, but the fact that OU was the one to set me up to get that internship — I wouldn't have done this job now without them.” 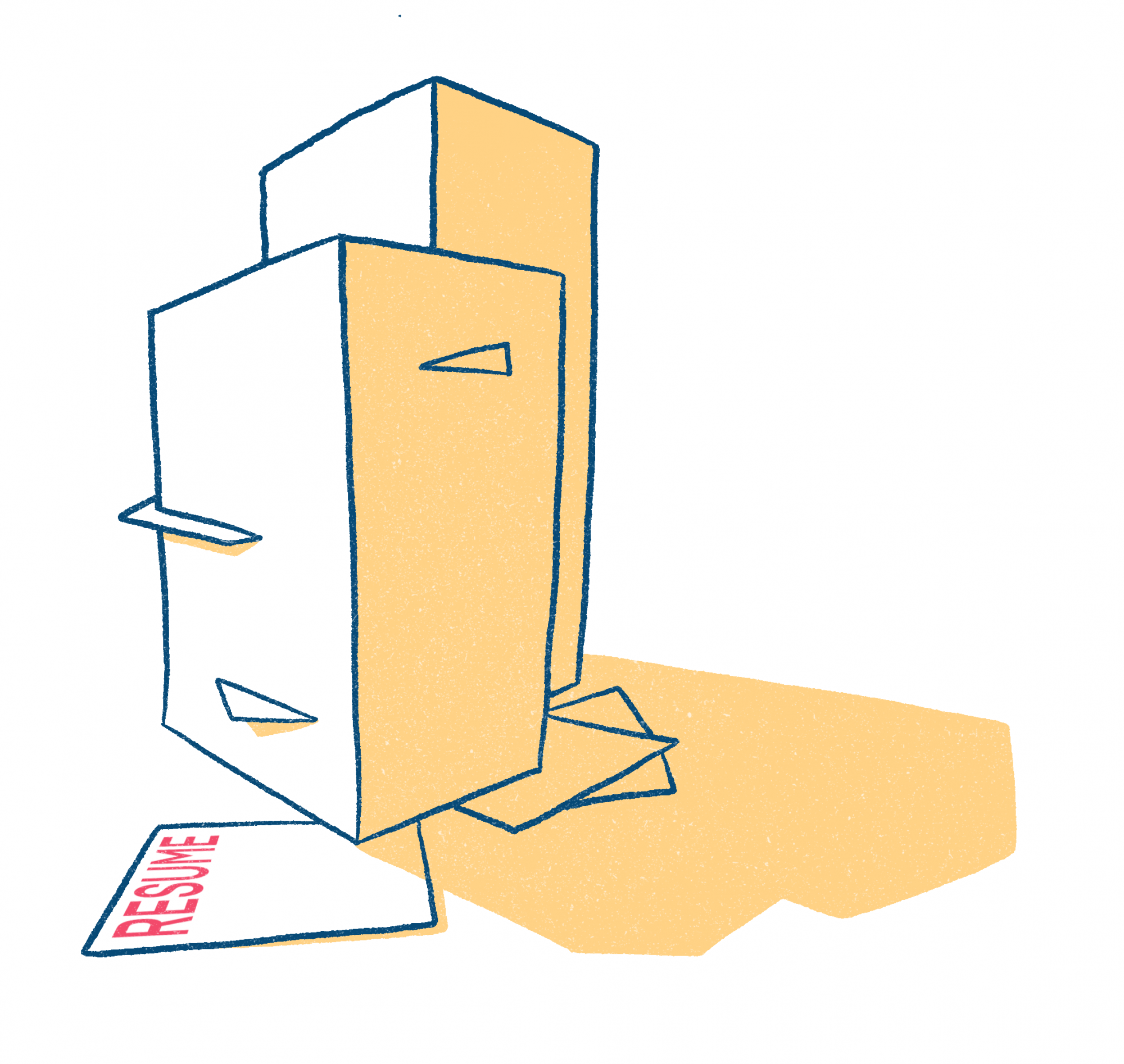 Taylor Bruck, a spring 2020 graduate who studied broadcast journalism, marketing and Spanish, is thankful for her experiences at OU, too. Her work through WOUB helped prepare her for her current job as a multimedia journalist at Spectrum News Ohio, Bruck said.

“I'm just thankful for WOUB, actually having like a real TV station that people get to watch,” Bruck said. “I'm really happy that I got this job. I'm proud of myself. I worked my ass off in college to be able to get a job like this right out of school, and that goes to show, when you are in school, if you want a good job, then you actually have to work for it like get involved.”

The pandemic forced Bruck, along with many other OU graduates, to slow down and reflect on their experiences during their time at OU. Bruck plans to take things slow and enjoy each moment as she moves into her future.

“I don't think anyone was prepared for a pandemic,” Bruck said. “I think right now I feel like my life has slowed down a bit, like it's really fast paced, but my goals I think have slowed down … I kind of wish I could go back and just chillax and enjoy my time.”