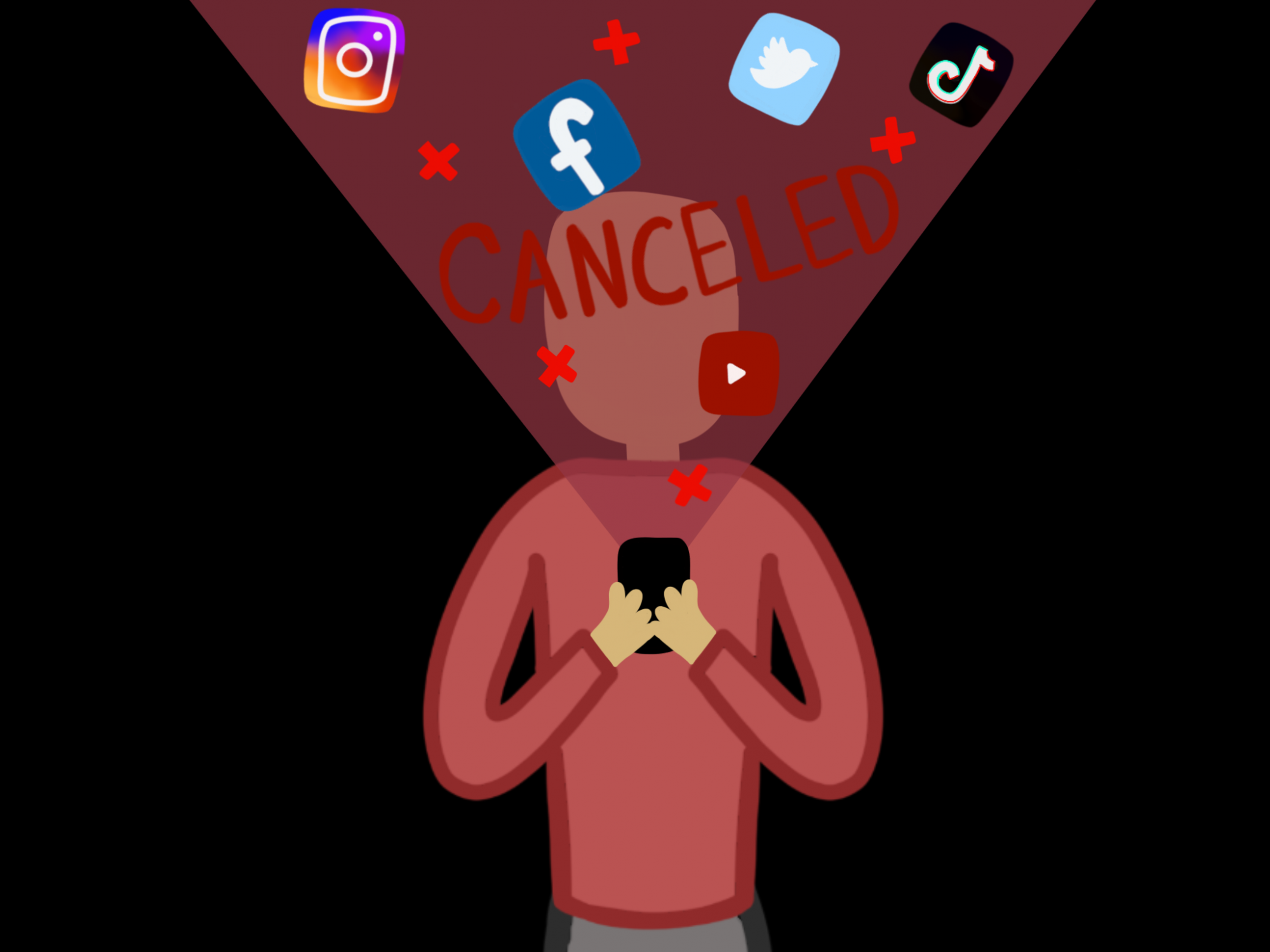 Woody Allen is a prolific filmmaker, Mr. Potato Head is a children’s toy and Dr. Seuss was a children’s book author. Despite being so different, all three men have one thing in common: they’ve all been recent subjects in the ongoing debate around “cancel culture.” From Hollywood to Whoville, these figures have been courting controversy in recent weeks with varying levels of severity.

For many, Dr. Seuss is the most popular of these names. He’s written over 40 books that have sold over 700 million copies globally. Sammy Lahiri, a junior studying integrated media, was a Seuss super fan growing up.

“Each book, I think, had some kind of message in it, but ... it wasn't in your face,” Lahiri said. “It was presented in a way that it felt almost accidental in a sense.”

Despite Dr. Seuss’s legion of fans, Lahiri being just one of millions, his past work was still subject to being scrutinized further. On March 2, the Seuss estate pulled six books for depictions of racist imagery: And to Think I Saw it On Mulberry Street (1937), McElligot’s Pool (1947), If I Ran the Zoo (1950), Scrambled Eggs Super (1953) On Beyond Zebra (1955) and “The Cat’s Quizzer” (1973). Dr. Seuss’ other books have remained untouched.

Immediately, the decision to stop circulating the books sparked conversation. Fox News ran segments on Seuss all day, and countless commentators were filled with shock and condemnation for the once universally beloved writer. Lahiri, though, isn’t so quick to judge.

“As a writer, I feel like my opinion of his writing hasn’t changed,” Lahiri said. “But my opinion of him as a person has become more hesitant, you could say. I try not to make judgment of anyone unless I know them personally.”

Lahiri is a cinematographer who focuses on traditional film, visual elements and VR work. He’s a proud artist and said while the imagery was inexcusable, without knowledge of the creative process for those works specifically, he could not pass holistic judgment.

“And, I mean, I don't know where in those hands this racism came in and kind of sprinkled in. So, I don't want to say that Dr. Seuss is solely responsible for it, but at the same time, he was the overseer of this project,” Lahiri said.

Kennedy Rasberry, a senior studying journalism, didn’t share Lahiri’s viewpoint. She had a stronger reaction to Dr. Seuss’s racism revelations because of his image as a children’s author.

“I just would feel wrong if I'm presenting these stories to my kids and the person who wrote them doesn't care about Black children or sees them as being subhuman,” Rasberry said.

While some, like Lahiri, may argue that the artist and their art are separate, Rasberry disagrees.

“Consuming an artist’s art is the way you support them,” Rasberry said. “It doesn't matter if you don't agree with their personal politics. You're still supporting them either financially or through engagement.”

The second episode of HBO’s Allen v. Farrow, a new documentary series that is bringing child abuse allegations against Woody Allen back into the mainstream, makes a case that an artist’s negative qualities can be reflected in their work. The episode focuses on Allen’s fixation around creating narratives that feature older men and teenage girls.

Allen’s allegations differ from Dr. Seuss’ because they tie into a larger conversation around sexual assault and predatory behaviors from those in the film industry. This is commonly called the #MeToo movement, which started in 2006 but spurred global conversation after a viral tweet by Alyssa Milano in 2017.

Jake Haire, a junior studying integrated media and marketing, is a filmmaker who believes that while many in Hollywood have suffered backlash because of cancel culture, it’s ultimately a positive development.

Haire spoke at length about the controversies around David Dobrik. On March 16, Kat Tenbarge published an investigation into an allegation of sexual assault by one of Dobrik’s associates.

Since then, the former vine star has issued apologies after a re-examining of his content sparked controversy due to racist jokes, a prank with non-consensual sexual conduct and the aforementioned allegation that Dom Zeglaitis raped a girl during the shooting of a video back in 2018. Dobrik has made two apology videos, the second after his first was roundly mocked.

“You have to be able to be very conscious of what you're promoting about what your content is and just … being self aware of what's happening around you,” Haire said of the Dobrik situation.

Dobrik isn’t the first YouTuber to make an apology video and is not the pioneer of getting mocked for it, either. Logan Paul, James Charles and Laura Lee have all had their run-ins with cancel culture as well.

Conversations around cancel culture aren’t restricted to contemporary figures. William Shakespeare, one of the most widely taught writers in English classes today, has started to be re-examined by teachers who are concerned by outdated attitudes in his work. Ellery Pollard, a junior studying creative writing, said canceling Shakespeare would be impossible.

Pollard is a firm believer that the art and artist are separate. She pointed to J.K. Rowling, author of the Harry Potter series, who was accused of making transphobic tweets in the last two years as another example. 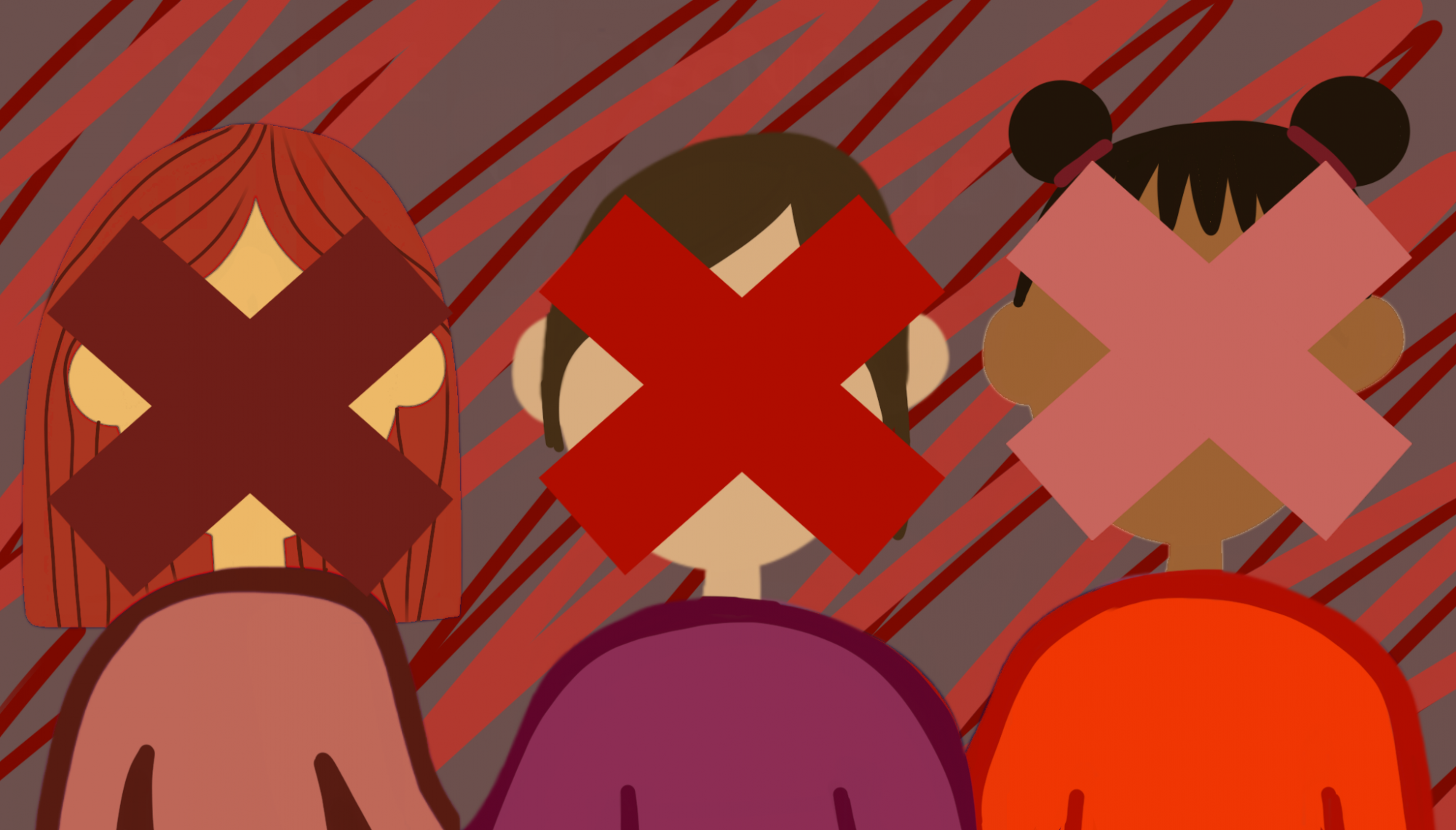 “I personally disagree with her, but that's not going to stop me from loving Harry Potter, if that makes sense,” Pollard said. “As someone who’s studying literature, there is not one author out there who is perfect. They’ve all made mistakes, and we still read them because what they’ve put out into the world does good … That should not be negated because the author made a single bad comment.”

While primarily focused on literature, Pollard also believes that “canceling” a film is also unfair to the “canceled” person’s coworkers.

"Just because you work with someone who might be a bad person doesn't mean that you're a bad person, too," Pollard said. “Let's say an Ohio University student did something bad. Are the rest of us bad for going to the same school?”

Another student who’s skeptical of cancel culture is Michael Sweeney, a senior studying history. Sweeney believes cancel culture has existed in the past, though not as widespread as today.

“You see that (cancel culture) with world leaders, whether it’s a coup or past presidents like Richard Nixon,” Sweeney said. “You can call that cancel culture back in the ‘70s, after Watergate. So I think there's been traces of cancel culture ingrained through history.”

While Sweeney believes it has existed before in history, he credits the internet for intensifying the power of cancel culture.

“Everyone has a voice,” Sweeney said. “Social media is one of those platforms that allows everyone to talk and everyone to have an opinion, whether it's valid or not.”

As a history student, Sweeney is invested in Black American history. Sweeney said cancel culture has always existed for Black Americans, though he believes it has changed over time.

“I think that the Black man (and) the Black woman have been canceled ever since their inception into this country. I just think in context to the celebrity viewpoint, it's a bit new because Black celebrities have been given more limelight over the past 30 years,” Sweeney said.

Sweeney believes that cancel culture will eventually stagnate. He expressed skepticism that social media and public uproar could be effective tools in truly removing an individual from public life.

“There's not been a singular or definitive solution to what people pose as cancel culture, like it doesn't lead to any final ousting or shunning of any individual,” Sweeney said. “People still continuously stay in the limelight and, if anything, cancel culture almost gives them more publicity.”

While some, like Sweeney and Pollard, view the effects cancel culture with skepticism, others view it more optimistically as a clear redistribution of power and as an important tool to hit back at the powerful.

“It doesn’t matter where you come from, what your background is, how powerful you are,” Haire said. “If you’ve done something wrong, you will be held accountable for it,” Haire said.

Regardless of how one feels about cancel culture, there’s no doubt it has become more prevalent. There are countless examples of artists and creators who have had their work either boycotted, re-examined or canceled as a result of past actions or themes. Its place in modern society and the extent of what’s “cancelable” is still undecided.

“The thing is: What are you willing to excuse, essentially, in the name of this art?” Rasberry said. “Is this art that good that you are going to totally disregard who's creating it?”