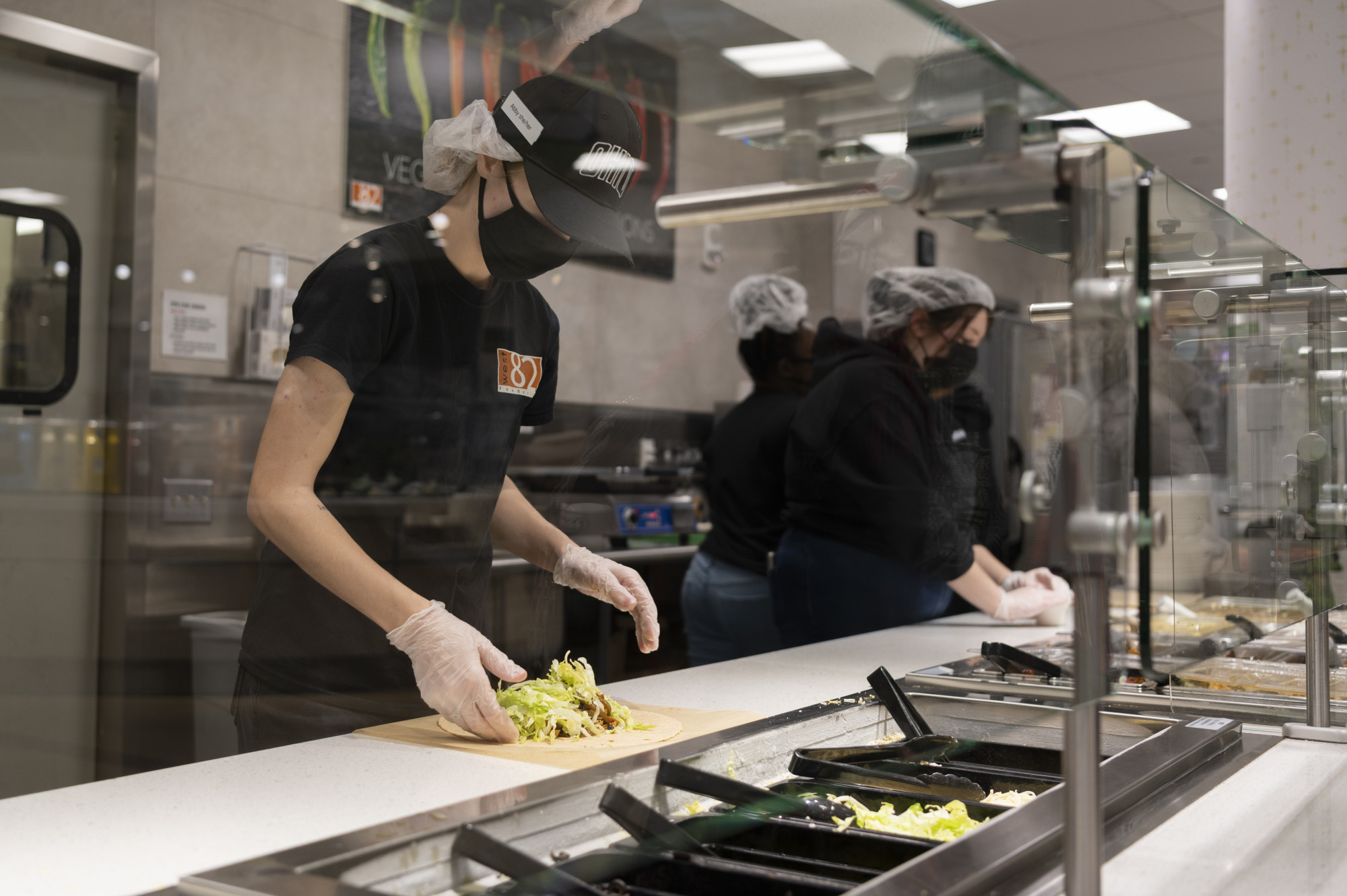 OU anticipates spending less than half of 2021 student wages budget

“There has been a historical trend at the university to budget for all active and open positions that resulted in year end vacancy savings,” the budget book notes.

Jim Sabin, a university spokesperson, said some units on campus have had difficulty recruiting enough students to fill vacant positions, despite increased incentives, which likely contributed to this year’s discrepancy.

The university offers a variety of jobs in sectors ranging from culinary and café jobs to library and office work for students to choose from. The biggest employer of students on campus is culinary services, which handles food preparation at university dining halls, management of campus markets and cafés and university catering services.

According to OU’s website, students employed by culinary services may work anywhere from four to 25 hours per week during the semester based on need and academic schedules. Makenna Burton, a sophomore studying studio art and graphic design, said the flexible scheduling and hours are one of the reasons she chose to work at the campus cafés.

“Student jobs are more focused on school,” Burton said. “So if you have classes and stuff, it's all about working around your classes. They don't get mad if you have to be like, ‘Hey, I'm going to class.’”

Burton works around 15 hours at the cafés each week and said she has enjoyed her time meeting people and learning skills like latte art. Additionally, she said she feels adequately compensated for her work.

Level 1 student positions within culinary services start at $10 per hour, unless otherwise noted, with the possibility for annual raises, according to culinary services’ website. Level 2 positions, including catering, dish room workers, servers and bartenders begin at $11 per hour.

The state of Ohio recently passed an increase in the minimum wage from $8.80 to $9.30 per hour, which is $2.05 higher than the federal minimum wage. Many OU student employees are paid at least $10 per hour starting wage.

Despite the pay rates, culinary services is also one of the campus units that has had particular difficulty hiring students in 2021. Staffing shortages resulted in the department utilizing paper plates and plastic silverware early in the academic year, as well as increasing hiring efforts via job fairs and mass hiring events, according to a previous Post report.

The university libraries employ up to 200 students each year in positions such as processing and digitizing collections, cataloging, ordering, technology service, office work and more. In addition to the option of hourly wage work, students may also work as part of a federal work-study program or the Program to Aid Career Exploration, or PACE, an internship-like work program through OU.