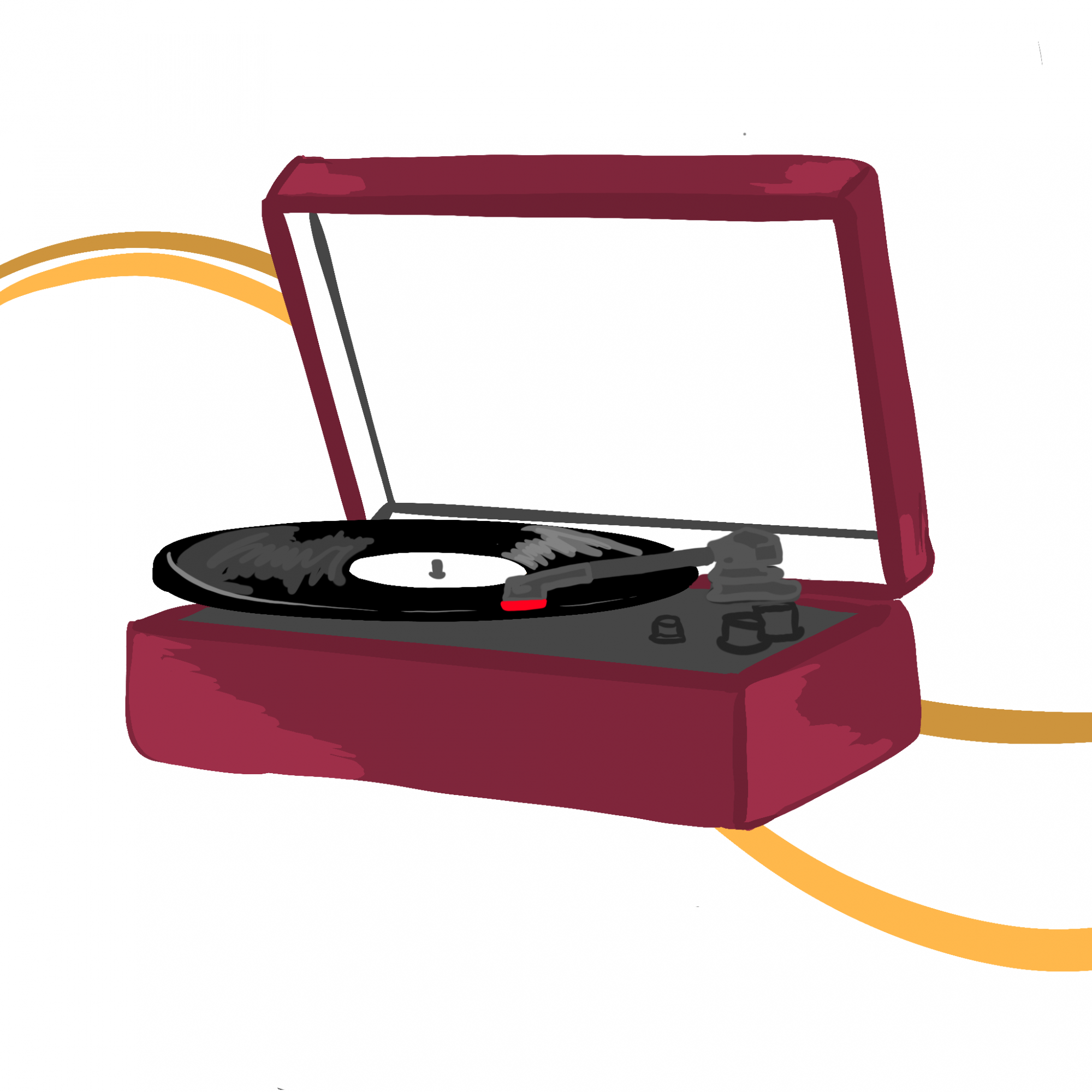 The Music Plays On

T he show goes on at Brick City Records as students continue to work and produce shows and EPs during the COVID-19 pandemic.

“The fact that I am separated also by this distance just means that the time that we have gotten to spend together has been extra valuable because it's been pretty rare to orchestrate … We can't just link up whenever we're feeling like it,” Minde-Berman said. “But I think that at the end, even though that has been a challenge, it's also been something that's been pretty great and added the special meaning to the time and made us more productive.”

As of now, Minde-Berman has only been able to have four recording sessions, but in that time, he has recorded five songs for his EP.

“It really made us go outside of the box with kind of finding ways to market the events and get people involved with Brick City because we didn't have the pool of being able to do our usual actual live shows with artists and do showcases that way.”—Michael Boston

“I think that, at least for me, I was very impressed with that,” Minde-Berman said. “And I think that if the restriction of the time and the distance hadn't been there, I don't know if we would have been equally productive, or if there would have been that extra just kind of drive present.”

Because he is still in high school, Minde-Berman struggles with occasional schedule overlap between Brick City Records and academics.

“I definitely think that sometimes there's a little bit of schedule overlap,” Minde-Berman said. “I was able to incorporate some of my work with Brick City into an independent study credit, so I was able to tie that into my school year as well, so that the amount of time that I was spending was justified, and my teachers wouldn't really look down on me for skipping a day of school to go up there and record.”

Some members of Brick City Records found the challenges in holding shows due to the pandemic forced them to get creative.

“It really made us go outside of the box with kind of finding ways to market the events and get people involved with Brick City because we didn't have the pool of being able to do our usual actual live shows with artists and do showcases that way,” Michael Boston, a senior studying music production/recording industry, said. “So it was a learning curve for everybody.” 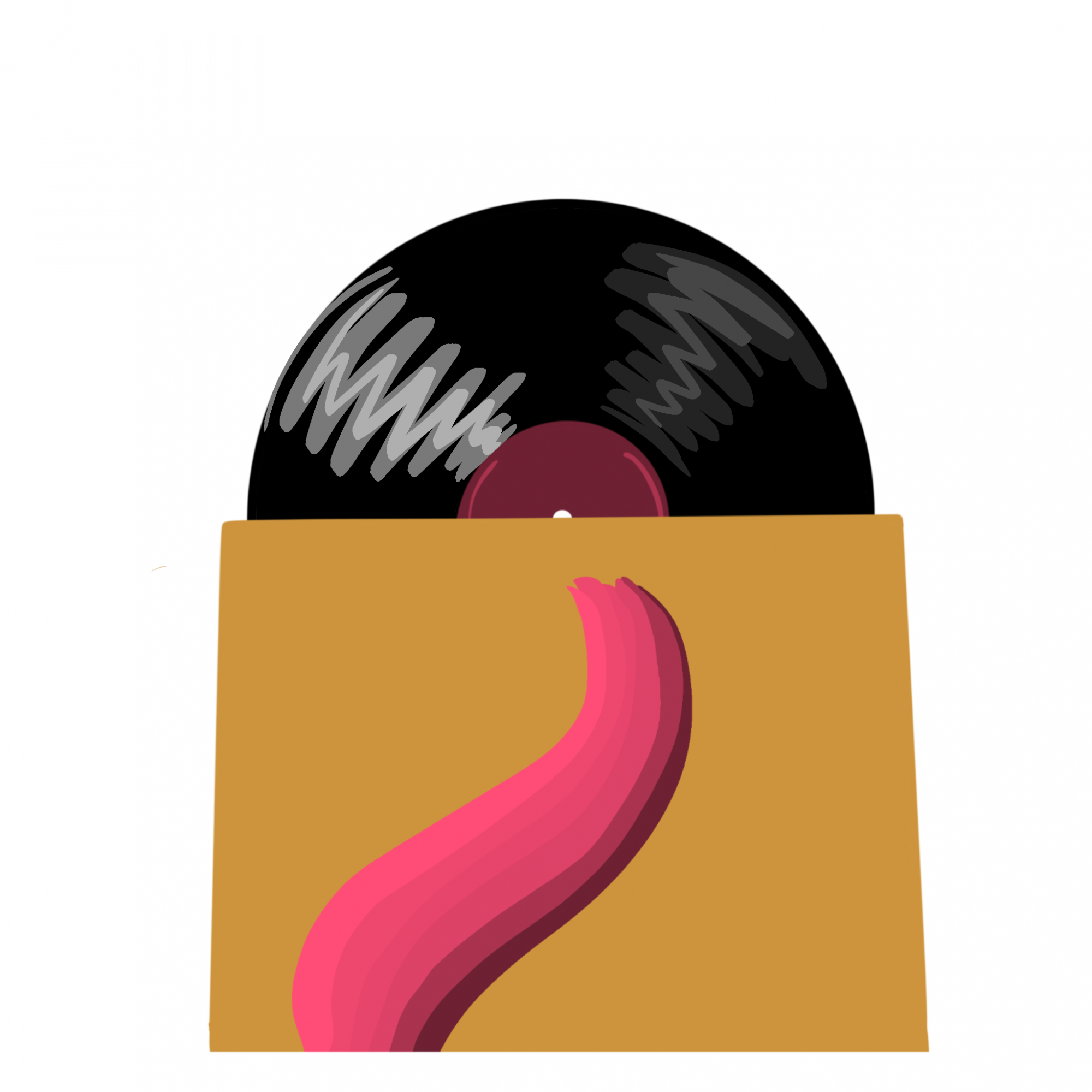 “It's kinda like pay to play because, other than directly messaging people and posting within the label and having your friends post, if you want to reach that wider audience, we had to go through social media ads, which cost money, so we had to sacrifice some of our budget for marketing,” Boston said.

Unlike the shows, the structure of Brick City Records has remained the same during the pandemic. Four different artists are signed onto the label each year and have their own production, marketing and publicity team,as well as an A&R, or Artists and Repertoire, representative who acts as a talent liaison. The A&R is similar to an in-house manager, Harmon said.

“You know, we've still seen our artists get to make as many songs as they would, or, I mean, produce as big of a project as they would in the past, if they're willing to do it,” Harmon said.

The recording process, however, has changed to conform to COVID-19 precautions.

“Before COVID, the OU Studio was open 24 hours a day; you could have as many people in there as you want,” Preston Lynch, a junior studying the recording industry, said. “Now, this year, you can only have three people in the control room, which is a little bit less than we would normally like. The sessions can only be about three hours long with a three-hour break in between them to let the studio air out.”

Lynch, who is the head of music production at Brick City Records, found remote work to be challenging.

“I don't get to be there as much as I'd like to be, so they have to send me what they recorded and I'd have to listen, from a remote location and then like give feedback like all the video calls and stuff, and I'm much more of a in-person kind of guy,” Lynch said. “So that's definitely been the biggest challenge but we made it work.”

Harmon also believes that the restrictions on recording have been challenging.

“A lot of the recording, I would say maybe doesn't feel as organic, and maybe the artists pitching process doesn't feel organic because, instead of all sitting in a room together and listening to people's artists pitches, we all had to share our sound on (Microsoft) Teams and do it that way,” Harmon said. “It's tough getting everything to feel organic and cohesive when it's all virtual, and you're dealing with an art, but I think we've done a really good job of it.”

Another change to Brick City Records is the camaraderie and bonds among everyone involved. Harmon said artists and their own teams have a better bond because they spend more time recording together and getting close as a separate team. The entire label itself, though, is not super close, Harmon said.

“I've made some really good friends from the label this year, but I would not say that it's like, we all hang and do stuff together all the time,” Harmon said. “And I think that COVID has been a big part of that. Honestly, I think that's prevented us from developing friendships and stuff more. It's hard, especially when we're all seniors. No one really has the drive to go out during COVID and hang out with a giant group of people.”

Boston, however, believes that bonding has gone well under the current circumstances. 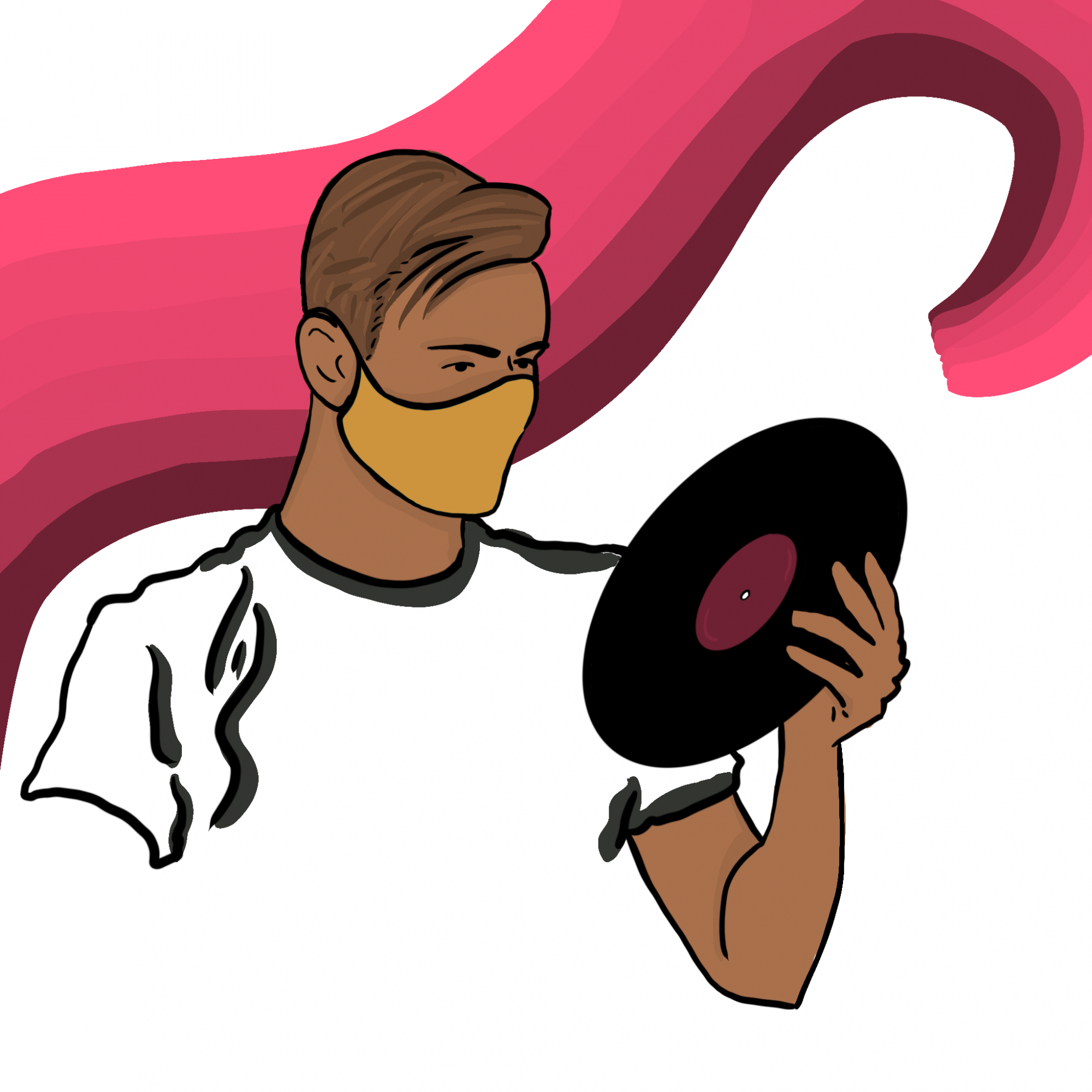 “We all have this same struggle, and understanding that it's not gonna be perfect, but we're gonna try the best we can to make it perfect,” Boston said. “We're going to do everything we can to make sure that this goes well because we want it to reflect our organization well and ourselves because we're putting in the time.”

Lynch also thinks that people in the label would have had a better bonding experience in person but believes there were still good relationships made remotely.

“Would we have probably gotten more out of it without COVID? Yes, but like I said, we made it work: there's been more video calls — I've probably done more video calls this year than I have in my whole life before — but, yeah, I think we've definitely established some great relationships within the label,” Lynch said. “And just working as a team and trying to figure out this whole maze trying to navigate through it together has really developed some good relationships.”

Brick City Records faced obstacles in recording, marketing and even bonding, but the difficulties faced by everyone at the label were ultimately good learning experiences.

“It was definitely like (a) ‘(you) have to think on your feet’ situation,” Lynch said. “We'd try different things sometimes. It would work out sometimes; it wouldn't work out, but I think it definitely has taught us all how to kind of adapt more than anything.” 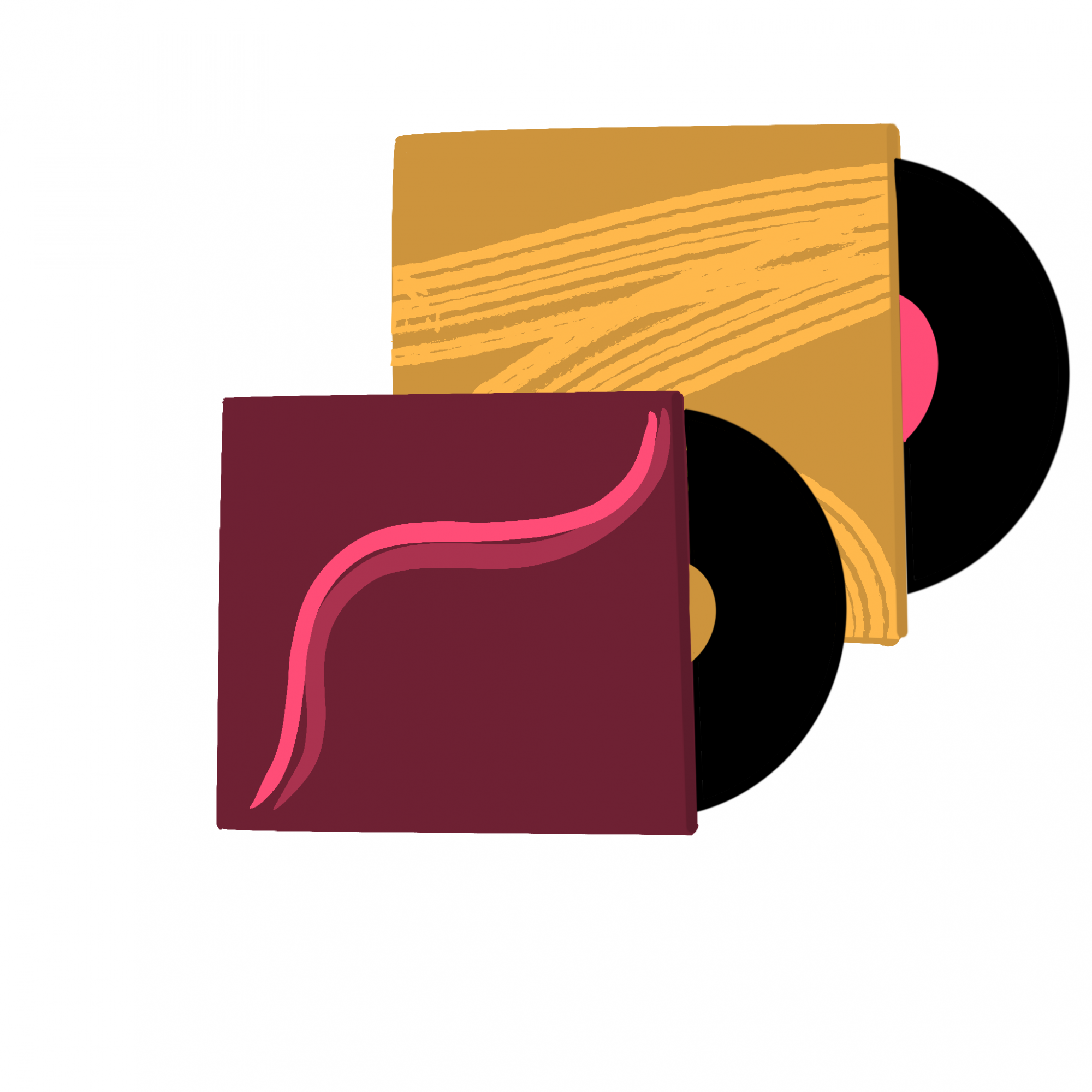 The changes that occurred were a good preparation for what the real recording industry is like, Harmon said.

“I think that, if anything, this has made us more prepared to be in an industry that is chaotic and ever-changing as this one is. The music industry is always just morphing,” Harmon said. “And sometimes something like this has made us all just really learn how to adapt.”

Like others, Boston also learned how to change methods in the face of pandemic-related difficulties.

“It's really helped, I think me personally, just find new ways to be better at marketing, and, I guess, be better at what we do research-wise, too, like, vet artists or people we're gonna work with to make sure that they're actually right for our brand and not gonna represent us in the wrong way,” Boston said.

Brick City Records will be releasing four EPs this spring.

“Be on the lookout for projects coming out from Sun Boats, Fifty Three, Camille and JoJomber,” Boston said. “They should be coming out here at the end of the semester.”