Storytelling Through the Arts

Southern Ohio native Charlie Haskins has been sharing his colorful and eccentric art skills in the Portsmouth area for years.

Haskins was raised in South Webster, about a 30-minute drive northeast of Portsmouth. 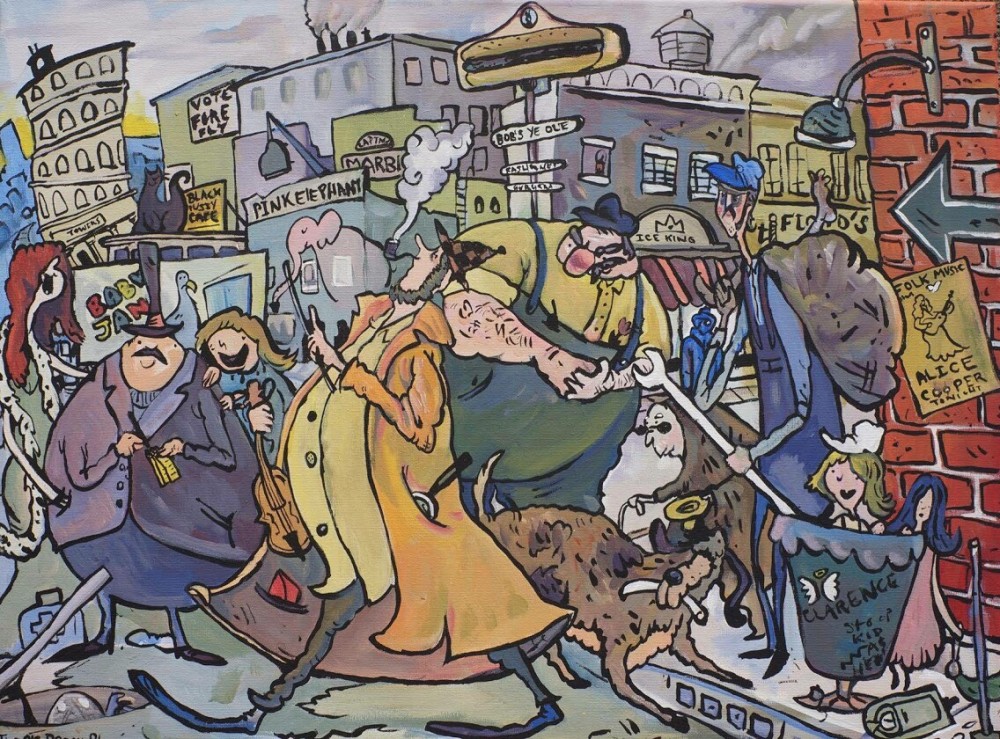 “It was possibly my favorite exhibit I’ve done. I took it as an opportunity to show off my weirder stuff,” Haskins said. “In the show, I had paintings, sculptures and even made some puppets that hung from the gallery’s ceiling.”

“Someone once told me that my painting looked like what Dr. Seuss would make if he had taken a little too much cough syrup, and I tend to agree,” he said.

Haskins is a fourth-generation artist. He said art is his “obsession” and that he is always working on different sketches and drawings — sometimes even on napkins and scrap paper. 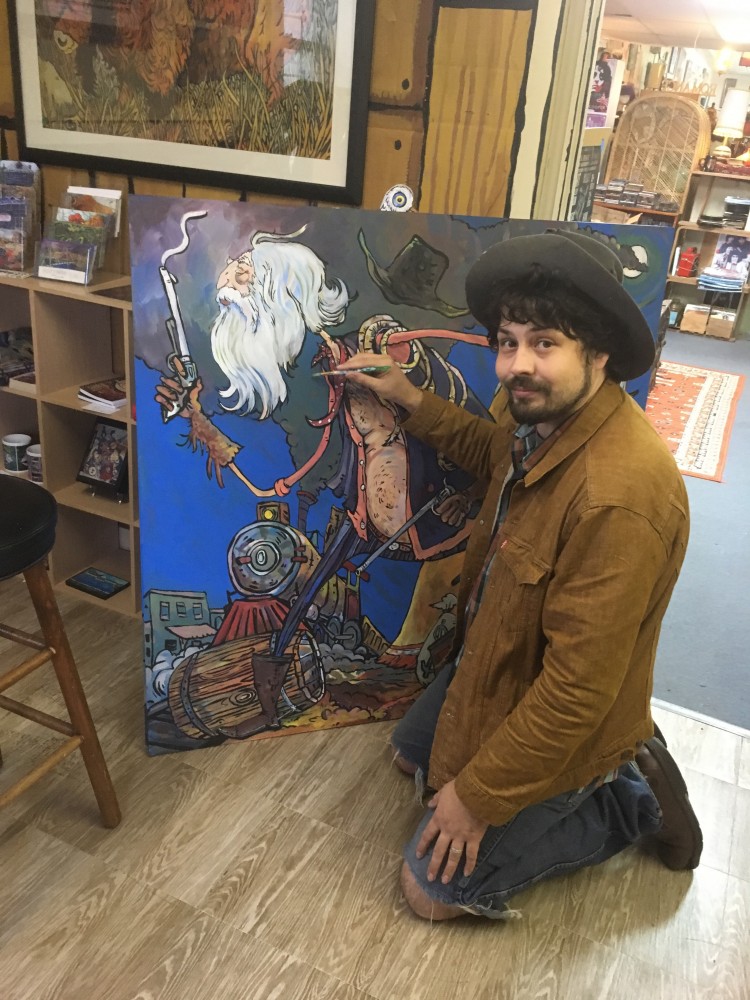 Charlie Haskins poses with his artwork.

“I think I keep making things because it’s how I learn and explore new ideas,” Haskins said.

While folklore legends such as Bigfoot, mermaids and the man in the moon have a large influence on Haskins’ work, he is also really influenced by his mother.

“She has always encouraged me to try new media and to keep the act of art making in my day-to-day life,” he said.

Haskins’ work has been displayed at the Geer Museum and Southern Ohio Museum, as well as events like Comic Con, Nelsonville Music Festival and the Irving Halloween Festival. 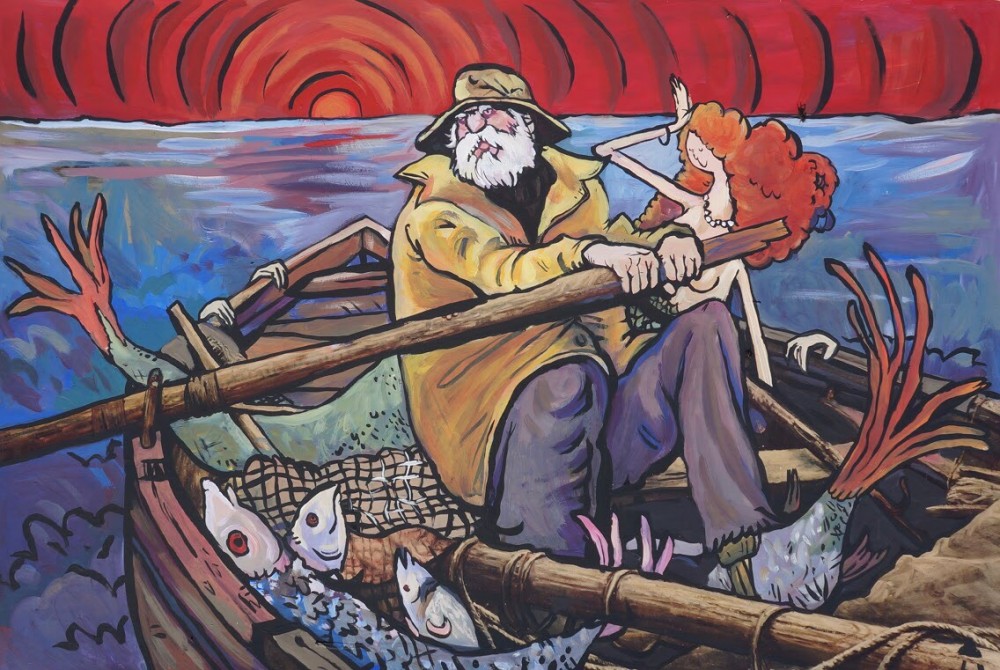 One of Haskins’ favorite parts about events, such as festivals and conventions, is setting up the exhibits.

He has been awarded with the Outstanding Individual Artist award from the Portsmouth Area Arts Council.

Haskins believes the role of an artist is a big responsibility in the community. 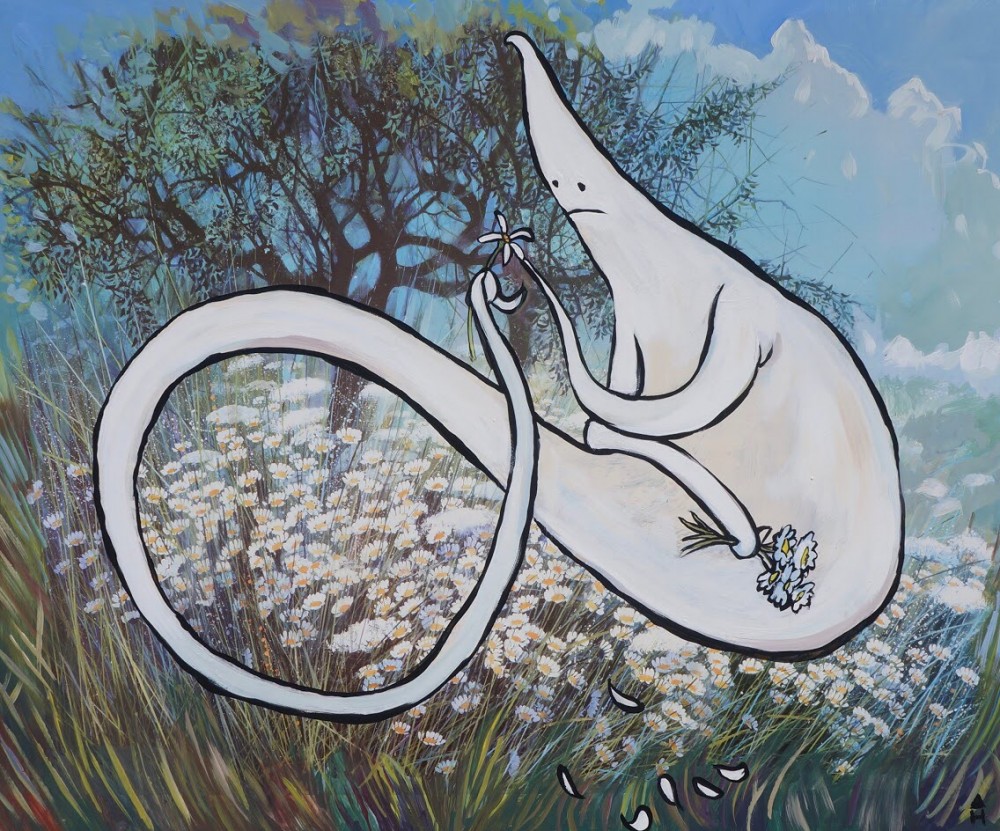 “They can preserve the past with their work. They improve upon the past. They can make new works. But for me, I think the biggest role as an artist is to take invisible things, like ideas and feelings, and make them tangible,” Haskins said.

In the future, Haskins plans to publish a book filled with a collection of “ghost paintings.” He has been working on that series for a couple of years.

“I hope to continue to create books,” Haskins said.