Greg Miles had no experience in the restaurant business when he decided to open his own barbecue restaurant almost eight years ago. Today, 7 Miles Smokehouse, 285 E. 7th Street in Chillicothe, is a thriving business that serves competition-worthy barbecue enjoyed by many.

Miles, the owner of 7 Miles Smokehouse, started grilling for his family when he was 12 years old. Miles named his barbeque restaurant after him, his wife and their five children. Over the years, he barbecued for all occasions, from charity and church events to family and friends’ weddings. It wasn’t long until people started telling Miles he had missed his calling.

“People had been telling me for more than 30 years I should open a restaurant,” Miles said. 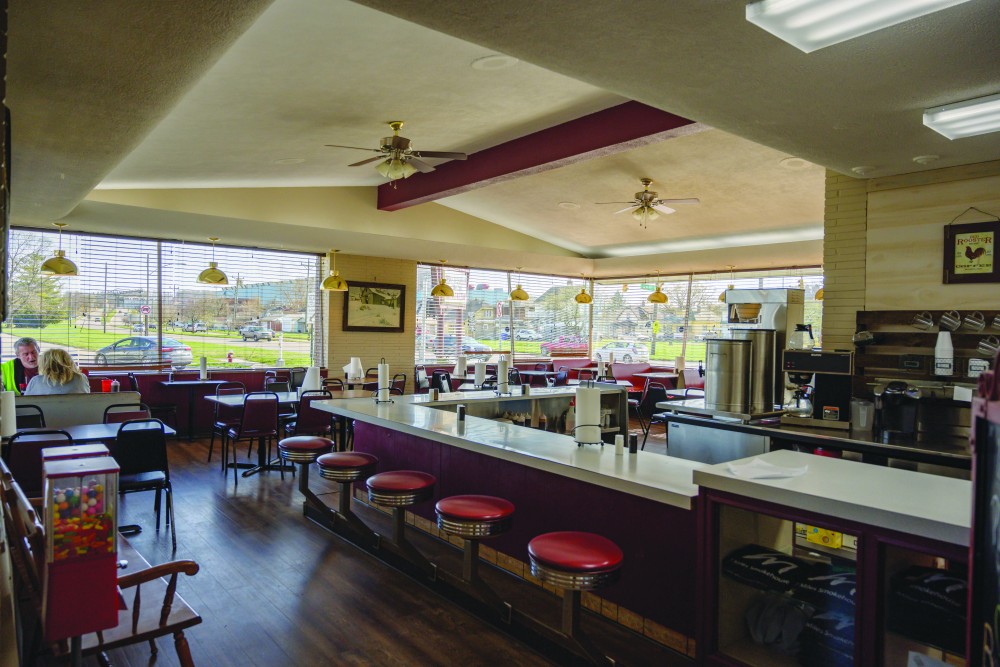 Originally, 7 Miles Smokehouse opened up in Circleville, where Miles worked in a bank at the time. In the beginning, Miles would work Monday through Thursday at the bank and barbecue Friday and Saturday, until he eventually left the bank to work on his restaurant full time.

“When I started out, I had no idea what I was doing,” Miles said. “I was the pit master, the cook, the cashier, the server and the dishwasher. I ran the whole place by myself.”

Miles always knew how to cook and barbecue, but there was still plenty to learn about the food he takes pride in today.

“It took me almost four years to learn how to properly hold meat and to maintain moisture and temperature without it drying out so that it seems as fresh in the evening as it did when it first came off the smoker,” Miles said.

Starting a business was no small feat for Miles, but luckily, he had his family to help him get the restaurant on its feet. 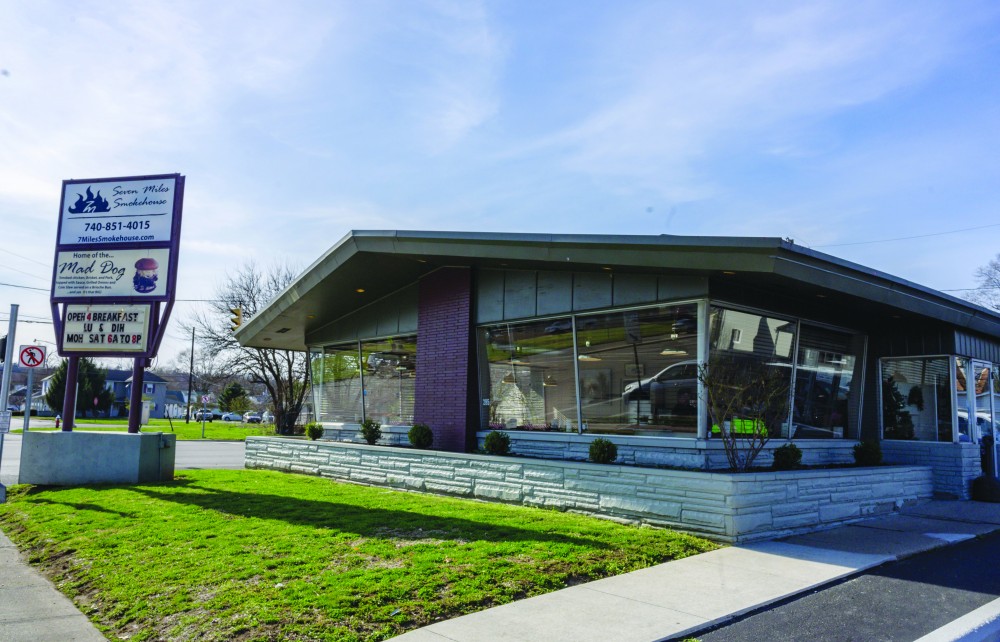 “My wife would come up on the weekends and help me clean, and my youngest daughter started helping me by serving at the restaurant when she was in college,” Miles said. “Her and my other daughter were my first two employees.”

When 7 Miles Smokehouse had been in business for about nine months, Miles’ son left his job at Chipotle Mexican Grill and came to work for his dad as well.

“He and I really built it up in Circleville,” Miles said.

Since then, business has never been better for Miles and his family. Not only does 7 Miles Smokehouse serve fresh food daily in the restaurant; it also caters a variety of events that keep them booked up all year long.

“I have weddings booked for next year starting March 30 through December 7,” Miles said. “So business is good, and we’ve been really blessed.”

Running his own business has helped Miles realize how much he enjoys managing his own time and doing what he likes best — creating new menu options for customers.

“Our newest thing is going to be a smoked bourbon chicken,” Miles said. “We tested that the last couple of weeks, and we’ve had great reviews. Next, we might try smoked orange chicken.”

The work never stops for Miles, but he wouldn’t have it any other way.

“I’ve always been a workaholic,” Miles said. “Always up before the sun comes up and out the door, and then I don’t come home until the sun has gone down. It’s worth it when people keep coming back every year. It’s a real pat on the back.”

Roger Rhodes is one of the loyal customers that 7 Miles Smokehouse encounters from time to time. When Rhodes was a truck driver, he would stop in almost three times a week, and he’s still eager to make it out whenever he can.

“Whenever I come to Chillicothe, I stop in usually during the day,” Rhodes said. “It’s peaceful here, easygoing, and of course the food is good.”

Catherine Smith has been employed at 7 Miles Smokehouse for only a little more than a month, but she believes she has found an establishment that treats her like family.

“I love working here, it’s a great environment. They make it feel like you want to be here. You’re not dreading to go to work, it’s more like, ‘I get to go to work, I get to hang out and meet new people.’”Catherine Smith

“I feel like I’ve worked in different places before where I guess if you died tomorrow, they could replace you, but here, they make it feel like home,” Smith said.

Smith enjoys working in the country-like atmosphere of the restaurant, and she is eager to go to work when she has to.

“I love working here, it’s a great environment,” Smith said. “They make it feel like you want to be here. You’re not dreading to go to work, it’s more like, ‘I get to go to work, I get to hang out and meet new people.’”