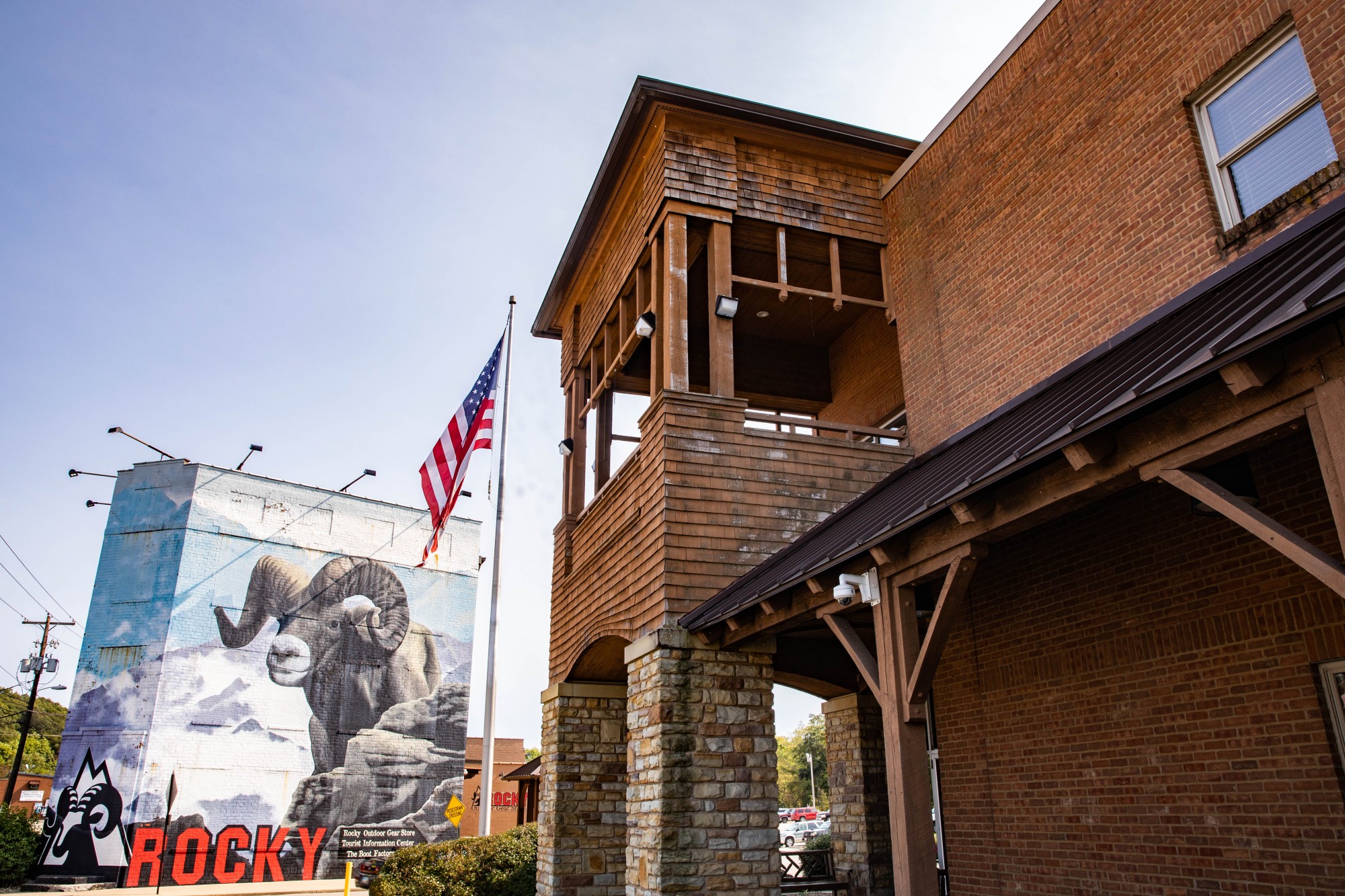 A mammoth-sized mural of a ram, an icon of Rocky Brands faces the sunlight on the exterior of Rocky Outdoor Gear Store, directly next to Rocky Brands, Inc. headquarters in Nelsonville, Ohio, on Tuesday, Oct. 6, 2020.

A $9,019,834 contract was awarded to Nelsonville’s very own Rocky Brands by the Defense Logistics Agency on May 21, 2019, which allows the company to produce certain gear for the U.S. Navy.

The contract is for the production of general purpose safety boots for the U.S. Navy, according to a press release issued by Rocky Brands on May 23, 2019. Those boots are produced in a factory in Puerto Rico, in spite of Rocky Brands’ corporate office being located in Nelsonville.

The company expects about $27 million worth of boots to be purchased through May 2022, according to the Rocky Brands press release.

The initial contract was for one year with two one-year extensions attached.

CEO of Rocky Brands Jason Brooks said the contract was extended in the spring. This leaves one extension left on the contract with the possibility of a new contract being bid upon in 2023.

Rocky Brands went up against five other companies when bidding on the contract, Brooks said.

Brooks said this division of Rocky Brands will continue to go after contracts, but it has not seen a new contract for large businesses up for bids since 2019. This is in large part due to a contract stipulation by the U.S. government that requires small businesses have the opportunity to acquire a contract before it can be put out for bigger businesses to bid on.

In 2019 and 2020, nine out of 11 contracts were awarded to small businesses, Mikia Muhammad, public affairs specialist at the Defense Logistics Agency, said. However, another contract for Navy Flight Deck Boots is scheduled to be solicited by the end of the year and awarded in April 2021.

“We are very pleased to have been awarded this contract to produce safety boots for the U.S. Navy,” Brooks said in a Rocky Brands press release. “This order is on top of our existing agreements and will add approximately $2 million in incremental military segment sales this calendar year. Importantly, with the increased operating efficiencies in our company-operated manufacturing facility from the growth in our commercial military business, we expect gross margins for this most recent contract to be in-line with recent segment trends.”

These military contracts are not just important for the company itself, but also for the community it is headquartered in.

Rocky Brands has been located in Nelsonville since 1932. Brooks said it has been very impactful on the community in a positive manner.