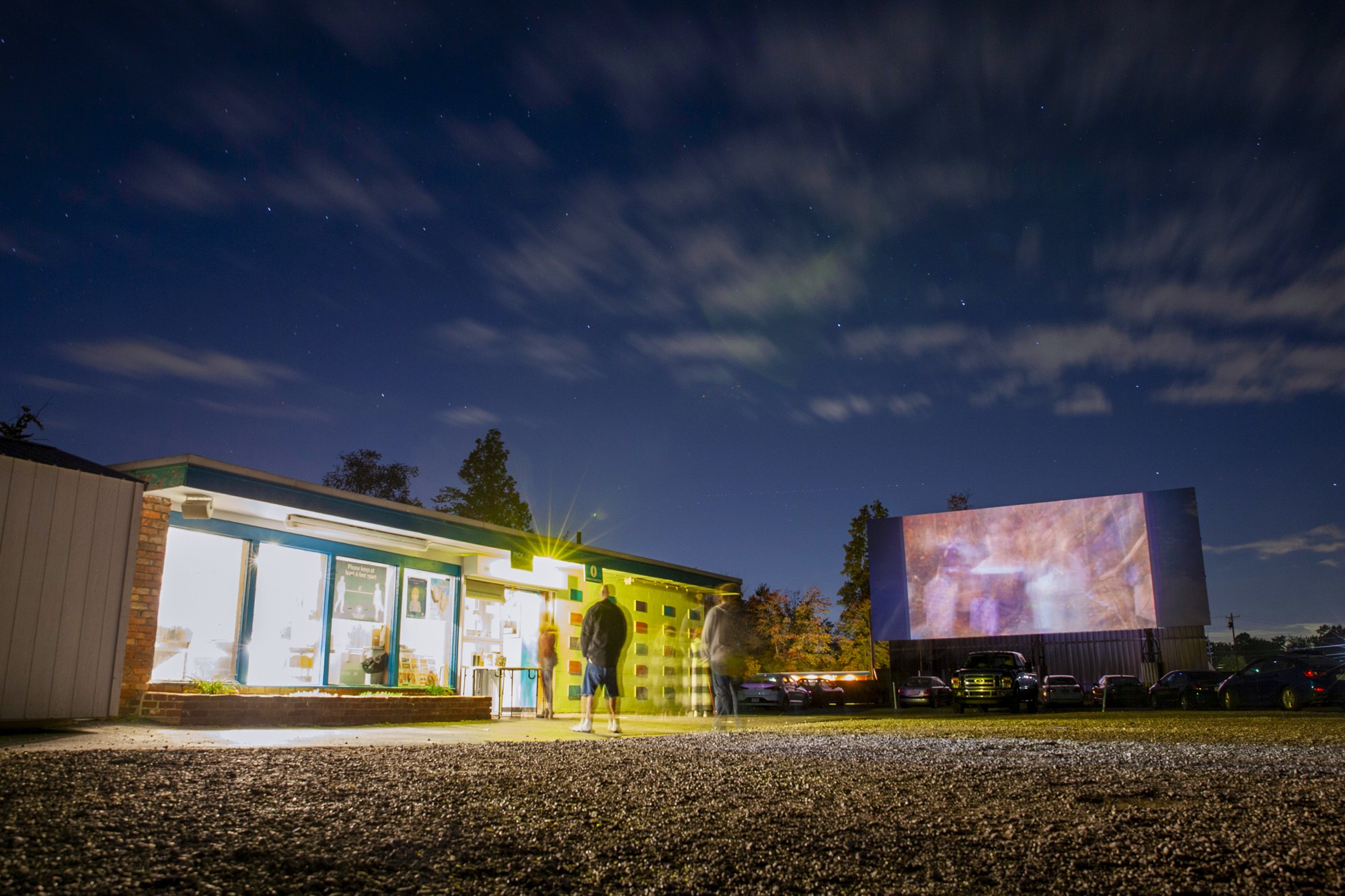 The Starlite drive-in screens "Hocus Pocus" and the live action "The Addams Family" on Sunday, October 4, 2020. The drive-in of Amelia, OH celebrates its 73rd anniversary this year.

D rive-in movie theaters have managed to change and adapt to COVID-19. They’ve made structural and organizational changes while bringing in big sales and customer turnouts this season.

“(Business has) been steady,” Walt Effiger, owner of Skyview Drive-In in Lancaster, said. “We are operating at 50% capacity. It's been steady compared to last year when we were running five nights a week. The attendance was spread out through the week more than just on the weekends, so the attendance is about steady.”

Starlite Drive-In, located in Amelia, has also seen an increase in weeknight traffic. Anthony Smith, manager of Starlite, said that pre-pandemic, they had an average of 50 to 70 cars visiting per night. Now, that number has been driven up to 100 or 150.

“We've actually seen quite a bit of business,” Smith said. “Starlite's always been busy since I've been there, but this year's been extra busy. In May of this year, we actually had the highest grossing sales of any theater in America.”

While Ohio drive-ins seem to be doing well now, at the beginning of the pandemic, there was some uncertainty as to whether or not they’d be able to operate. Initially closed at the start of the pandemic, after Gov. Mike Dewine gave the OK in May, they were allowed to open –– with sufficient safety protocols.

“We have online food ordering if customers don't want to come in,” Effiger said. “They place an order online and come to one given area and pick it up. We have gone to online ticket sales to limit the transaction ... They just drive up when they purchased their tickets online.”

Smith also said Starlite had transitioned to online tickets and ordering as well as closing down their popular playground.

Both drive-ins have enforced masks for patrons and employees.

However strict the regulations for COVID-19, it has not stopped drive-ins from expanding into new territory.

Starlite Drive-In has held virtual concerts for the likes of Garth Brooks, Metallica and Blake Shelton. The Shelton concert and Metallica concert pulled in 300 and 200 cars, respectively.

Smith said one of the biggest nights of his life was the virtual Cast and Crown concert. It drew such a crowd that Starlite ordered four more port-a-potties just for that night.

“It was definitely a very different but cool experience,” Ellen Hesketh, a junior studying dance, said in a message after attending the Quinn XCII concert at Westland Mall. “Each car had their own parking spot that was safely distanced from other people and you could stay outside your car as long as you had a mask on and stayed within your space!”

Hesketh said people followed the rules, and there was plenty of security to enforce the safety.

“(The distanced concert) was definitely weird at first...and made me miss going to regular concerts, but it was actually really relaxed and felt like we were all at our own private concert,” Hesketh said in a message.

Some changes, like the online ordering and concerts, are here to stay for Starlite Drive-In. Either way, both drive-in staffs feel COVID-19 has brought many benefits to the business.

“One of our sayings is ‘COVID has actually been a blessing for drive-ins. “It actually has brought drive-in back to life.”—Anthony Smith, manager of Starlite Drive-In

“One of our sayings is ‘COVID has actually been a blessing for drive-ins,’” Smith said. “It actually has brought drive-in back to life.”