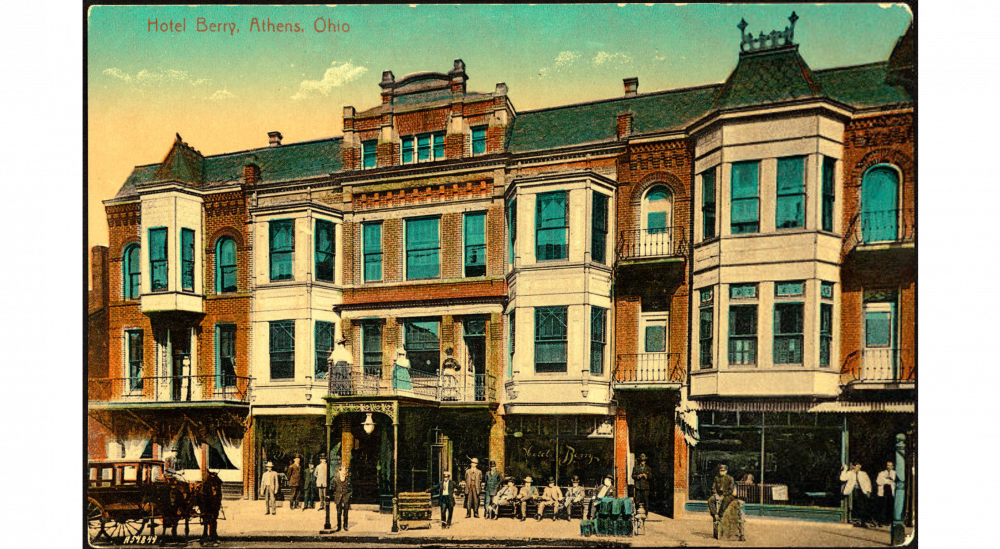 The history of the Berry Hotel is very grand, Betty Hollow said. Hollow, now retired, was a historian and worked at the Academic Achievement Center.

She said she didn’t know much about the Berry Hotel until she was asked by the director of Ohio University Press to help write a book for the OU bicentennial. Once she began researching, she learned a plethora of knowledge on Edward Berry and his hotel.

“For its long life it was a well known entity in the Athens community,” Hollow said. “It had a history of attracting people from all over the county. This one became the one where everyone wanted to stay. It was popular within all of the main people in Athens.”

“Mr. Berry is one of the pioneers of our race who has conquered race prejudice by achieving a business success,” Booker T. Washington wrote in The Negro in Business.

Berry was born in Oberlin, Ohio, in 1854. At age 2, he moved to Albany. He left high school when his father died in 1870 to help provide for his family, which consisted of his mother and eight siblings. 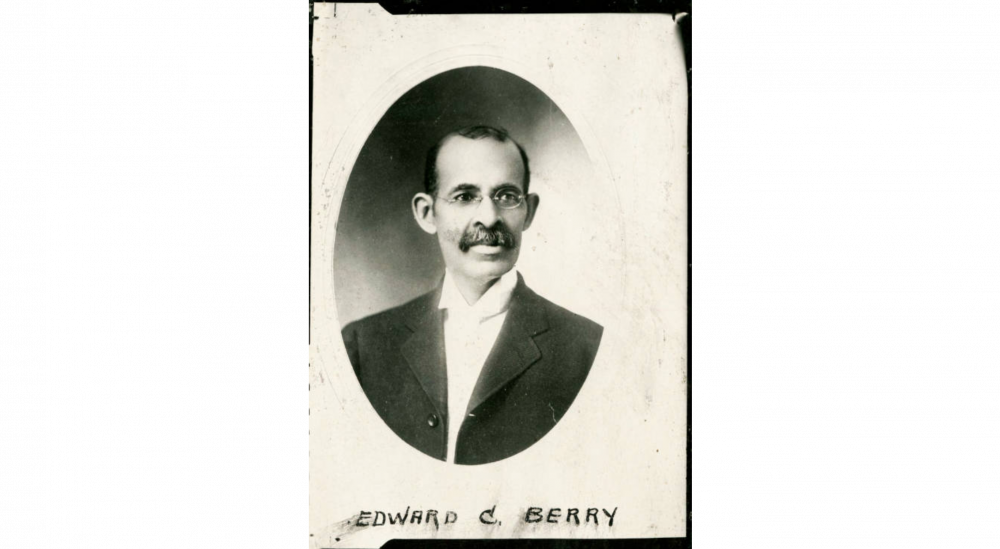 Berry was later employed as an errands boy in Parkersburg, West Virginia, at a dry goods store. He earned $10 a month and sent $8 to his mom.

When he had saved some money, he moved back to Athens to work as a caterer in a restaurant.

“He soon becomes so proficient in this profession that he became personally in demand among the customers of his employers,” Washington wrote. “The thought naturally occurred to him that if he could do so well for others he could do still better for himself.”

In 1878, Berry married Mattie Madry, a girl he went to school with. That same year, he started his first business, a restaurant, with his older brother with $40 he saved. They called their business “Berry Brothers.” Berry soon bought the business from his brother and took over.

Berry was the only black Court Street businessman in 1900.

The hotel came from an extension of his restaurant, where he served lady fingers, ice cream, caramels and macaroons.

Berry struggled with business for some time, because in July 1893, he closed with only one guest at his hotel. At that time, he had a mortgage of $8,000 with a 7 percent interest rate. Both banks in Athens refused to give him a loan.

“In the history of Athens, there have been a number of hotels, but this one became the one where everyone wanted to stay.”Betty Hollow

When he was leaving the bank after being refused, he passed a friend. This friend then gave him the loan and told him he wouldn’t need to pay interest until he could pay it back in full.

“This is the only time in his career, Mr. Berry says, that any person offered him any encouragement beyond empty words,” Washington wrote.

Hollow said the Berry Hotel was a well-known entity in the Athens community.

“People talked about how grand it was, and it had a history of attracting people all over the country,” Hollow said. “In the history of Athens, there have been a number of hotels, but this one became the one where everyone wanted to stay.” 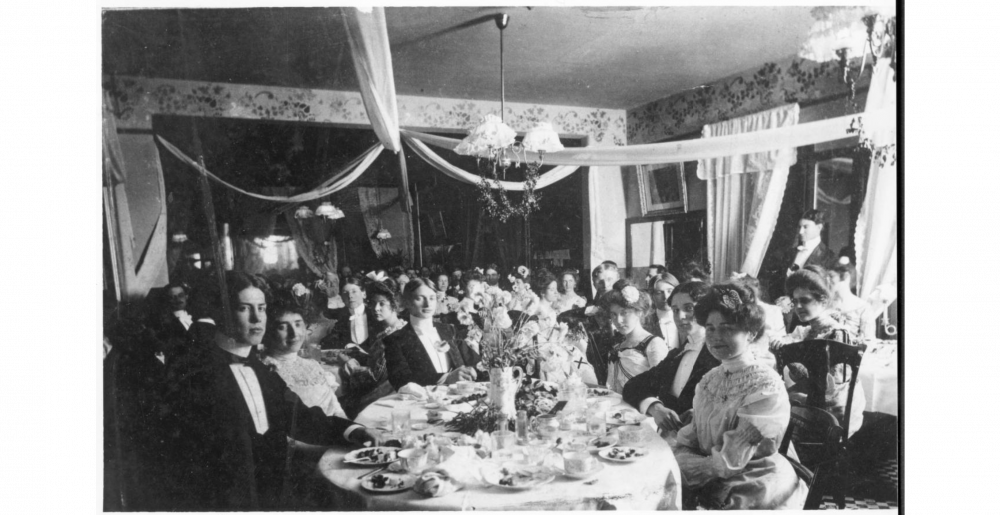 
After some time, Berry’s hotel began to become more populous. At night, when his guests were asleep, Berry would gather the guests’ clothes and take them to his wife, where she would add missing buttons, press them and repair any needs, and then Berry would return them.

Berry’s hotel was the first hotel in the country to have closet hangers, Gideon Bibles in each room and sewing kits. Those ideas likely came from Berry’s wife, Mattie.

“She apparently was just as hard working as he was and probably the ideas for those things in the bedrooms came from her,” Hollow said. “She worked beside him.”

The hotel had a ballroom, which was used for special events, like dances, Hollow said.

In a time of racial bias, Berry never refused to serve men of color at his hotel. He said he would rather lose his customers than be guilty of that disloyalty, according to The Negro in Business.

Hollow said Berry held a status in both the black and white communities.

“The black community was relatively small because Athens was discriminate in all kinds of ways, so it wasn’t necessarily a friendly place,” Hollow said. 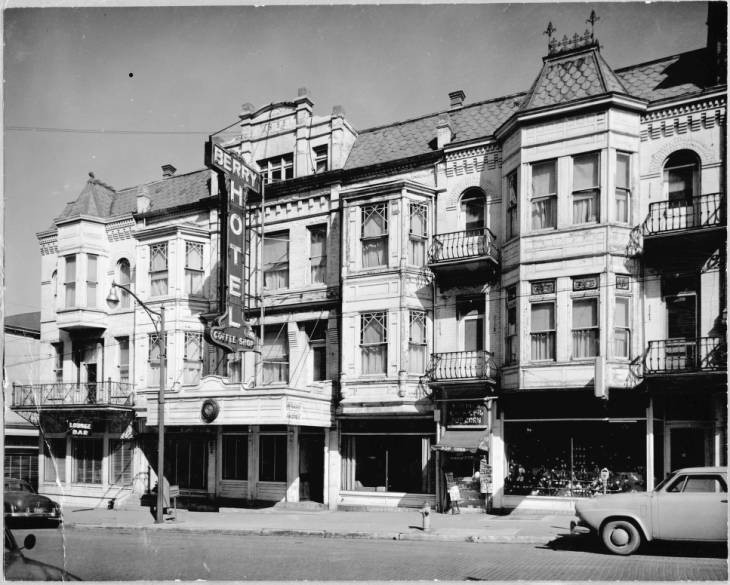 
It was likely, however, that Berry was in touch behind the scenes with some of the leaders of Athens, such as the mayor, Hollow said. Berry even gave money to fund the Alumni Gateway, Hollow said.

After 28 years, Berry and Mattie sold the hotel in 1921. They built a home at 92 N. Congress St., which adjoined Mount Zion Baptist Church. In 1995, Phi Kappa Theta moved into the Berry House. Today, the home is a rental house for students.

“Mr. and Mrs. Berry owned land at the corner of Congress and Carpenter Street, and they donated part of that land for the church,” Woodson Adams said. “Instead of building their home on the main corner, they gave that main corner to Mount Zion Baptist Church, and built their home behind the church.”

“They resurfaced the outside and tried to rent it as a hotel, but it declined,” Hollow said. “In 1961, the university bought it as a dormitory.”

Ohio University had grown from 8,000 students to 18,000 and needed more dorm space, Hollow said. OU then bought the Berry Hotel and renamed it Berry Hall. It was also used for administrative offices.

“In the early ‘70s, the university student population declined to about 12,000 students and were in huge financial difficulty,” Hollow said.

Court Street Diner took the place of the empty lot in 1997, and it still stands today.

“The hotel was lovely and very, very famous for a long time,” Hollow said. “It was a place to be proud of.”

A previous version of this article incorrectly stated Betty Hollow’s previous occupation and misidentified in what Athens ballroom President Baker hosted dances. The article has been updated to reflect the most accurate information.