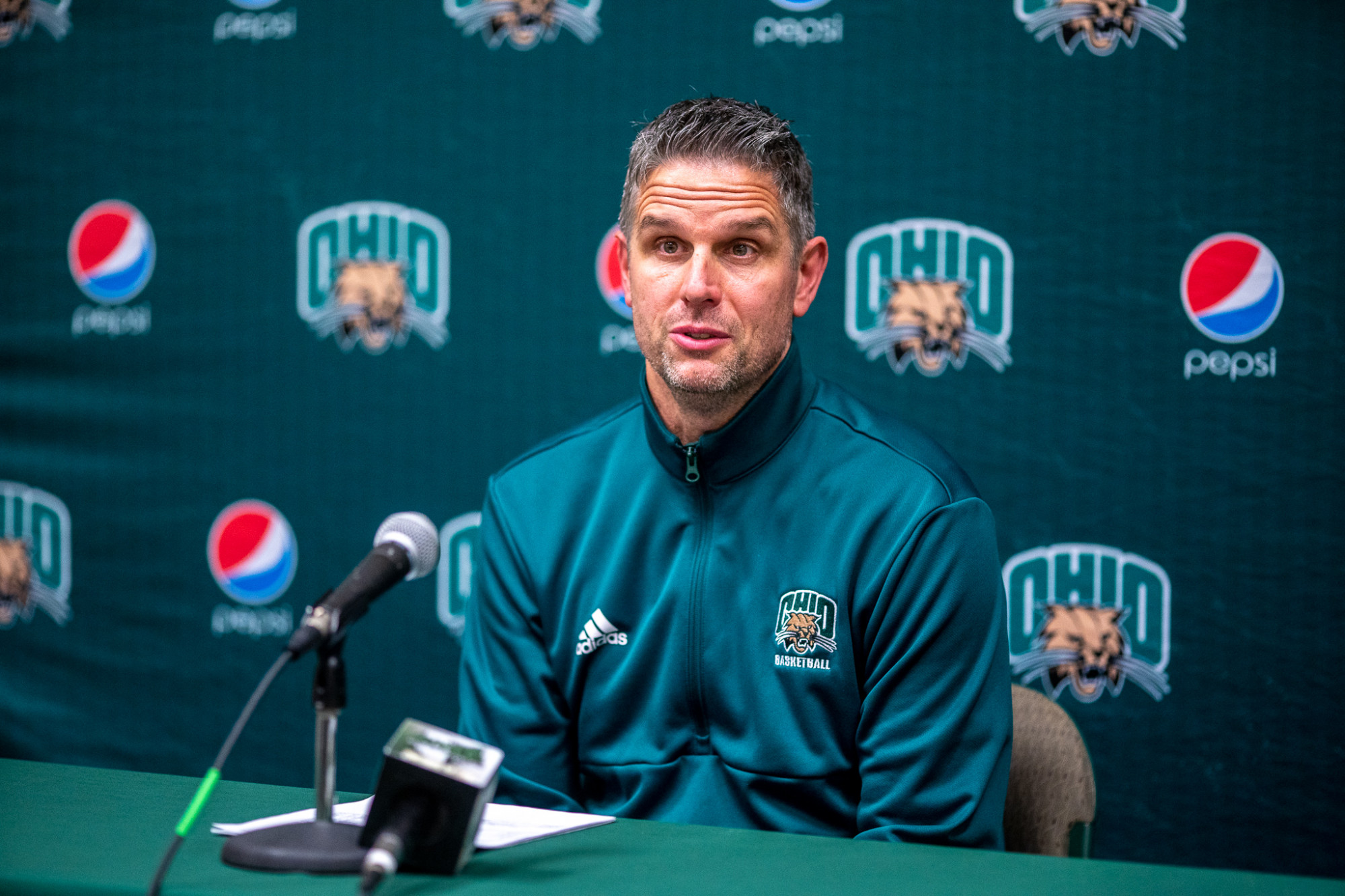 Ohio University womens basketball coach Bob Bolden at a press conference on January 22, 2022, at the Convocation Center in Athens, Ohio.

Boldon Reflects on his Tenure

From playing National Invitational Tournament games in The Convo to winning the Mid-American Conference and Tournament in the same season, Ohio coach Bob Boldon has been through it all with the Bobcats.

Now in his ninth season at the helm of the program, Boldon has learned a thing or two. The Post recently caught up with Boldon to discuss his career and the things he has learned.

The Post: The past few seasons have been a little unusual due to COVID-19 and the new protocols. What have you taken away from that experience as a coach?

Boldon: I think I really learned to appreciate the opportunity to play games. When COVID first became a thing, we were in the MAC Tournament, and we’ve had an up-and-down year, and we’d started off really well. We were in first place, then fourth place, then second place. Every time we got to get up to first place, we’d lose a game, so we finished fourth … One through four went right to Cleveland at the time. We were four, so we played five, which was Western (Michigan) ... and so we played that game on Wednesday. Then, on Thursday, we were going to practice and Julie (Cromer), our athletic director, called me and said “Hey, don’t leave for practice yet,” so instead of going to practice, we go back upstairs to our meeting room and kind of wait, and Julie’s like “I’m on my way over.” Later that day, when Julie gets to the hotel, she tells me that they’re canceling the MAC Tournament. And even to this day, if you talk to our kids, it will still bring some of my kids to tears. That was an emotional day: to see that being taken away from those kids is something that I’ll never forget, and it's still an emotional experience for all of them. So, I think going through that experience, I think it taught all of us that things can be taken away from you on no control of your own. It’s been a long two-and-a-half years, working on three seasons that have been affected by COVID. The thing that it has taught me is that when you do have a chance to play, you have to play and enjoy the opportunity to play.

TP: You are in the midst of your ninth season with Ohio, and besides all the things we just talked about, is there anything different you’ve been doing since you first started at Ohio?

Boldon: I think you have to coach kids differently now. I’ve never been much of a “rah-rah” type coach, but I have learned from my players and the other head coaches here, and I think coach (Jeff) Boals has taught me that you should enjoy winning, but winning is really hard. I used to get upset in the manner that if we didn’t win in the way that I expected us to, if we should have beat a team by 20, and we beat a team by 15, that would upset me. I think I have learned to appreciate the fact that we won the game. Sometimes, wins felt like losses and, now, I've got to the point where wins feel like wins, and I enjoy winning.

TP: What do you enjoy most about coaching?

Boldon: Watching our players develop on the floor and off the floor. We’ve had a lot of success with our kids graduating and moving on. It’s nice to see kids have success, but it’s the development of them that probably is the biggest enjoyment. We haven’t had a lot of kids transfer, so most of the kids I have recruited, or whether I recruited them or inherited them when I first got here, we’ve seen through graduation. I think probably the greatest thing is just seeing the growth and development and seeing them on senior night, seeing what they’ve become and feeling like they’re ready for the world.

TP: What is one of the greatest lessons you’ve learned from coaching?

TP: You recently earned your 100th MAC career win against Bowling Green. What was that game like?

Boldon: It was a game we had to win to keep our MAC Tournament hopes alive. It was the start of a three-game road trip of games that we had to win, and we knew we had to win. We knew that (Bowling Green) could really shoot the ball, and they did in the first half. Then, our kids did a really nice job in the second half of limiting (Bowling Green’s) 3-point shots. We made it much more difficult and consequently won the game because of it. I thought it was a game where, defensively, we’ve shown the most growth.

TP: If you could give yourself one piece of advice when you first started your coaching career, what would that be?

TP: Do you have any favorite memories from your time at Ohio?

Boldon: Thousands. It’s been a wonderful place for me to be. I couldn’t give you one. It would be a disservice to the others. There’s just so many that it would be an injustice to try to pick one. I’ve been here for too long.