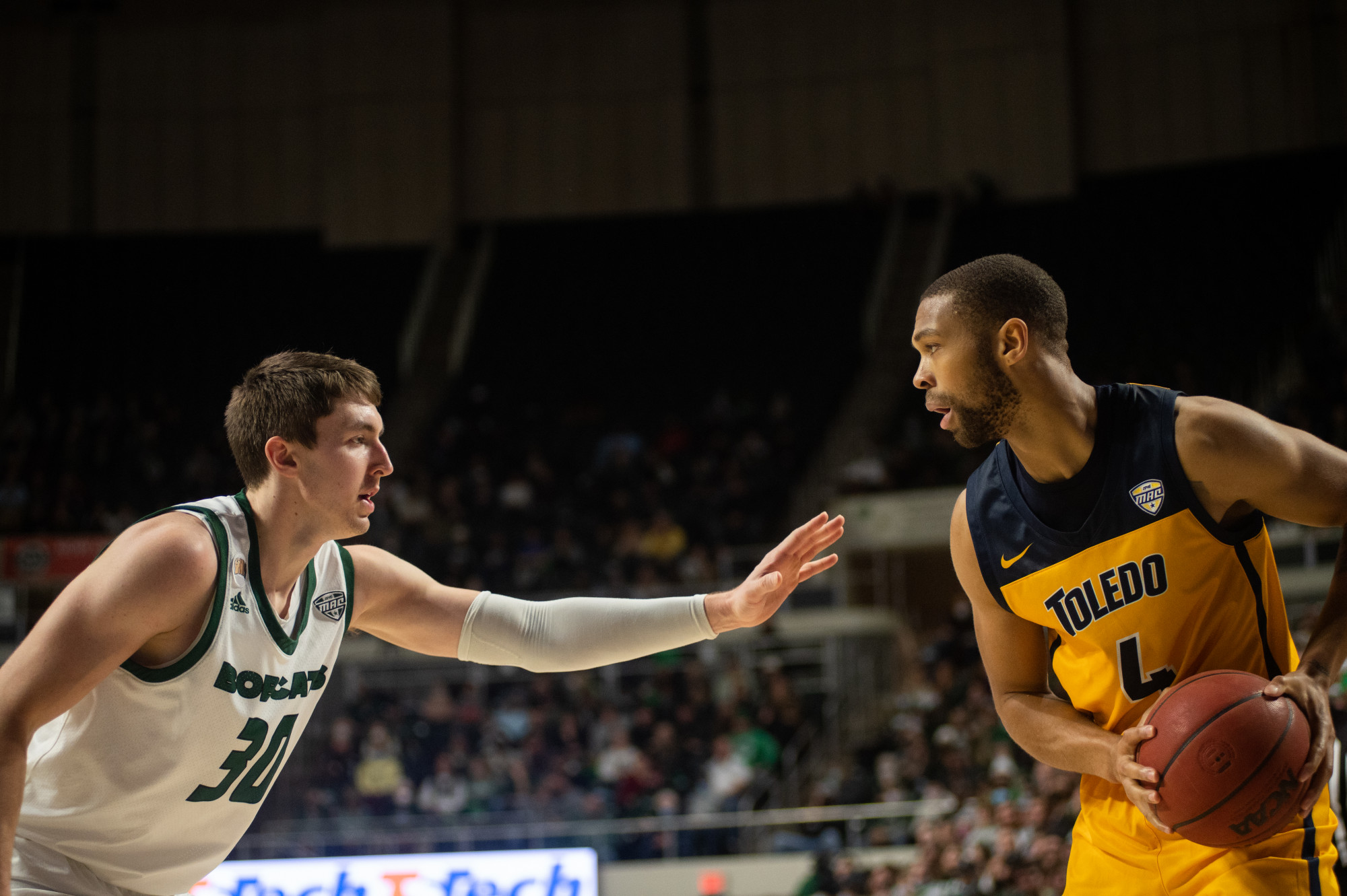 Ohio was never in jeopardy of missing the Mid-American Conference Tournament this season.

Winning the tournament, however, is a different story.

When the MAC released its preseason coaches’ poll on Nov. 3, 2021, the Bobcats were picked to finish second in the regular season and didn’t receive a single vote to win the MAC Tournament.

There is good cause to believe, however, that Ohio will break from those expectations and repeat its tournament run from last year. If the Bobcats pull it off, they will have won consecutive MAC titles for the first time in program history and be guaranteed their 15th all-time appearance in the NCAA Tournament.

The Bobcats have a championship-caliber lineup. The three-man arsenal of Mark Sears, Ben Vander Plas and Jason Carter provide the backbone on offense, while fellow starters Miles Brown and Ben Roderick can pack a punch once in a blue moon. Not to mention a bench crammed with competent role players and a lack of severe injuries that have kept the lineup intact.

As the season winds down, Ohio is tied for first place with Toledo and has just three games left until it packs its bags for Cleveland. While its spot in the tournament is finalized, its seeding is not. If Ohio drops its final three games, it could shoot all the way down to the No. 4 seed.

Is that likely? No, but it is possible.

Regardless if it ends the regular season in first or fourth place, the chances of advancing to the MAC Tournament semifinals at minimum skew in Ohio’s favor. It has a perfect record against the teams fighting over the final three spots in the bracket. It also defeated current No. 5 seed Akron in early January.

But no matter the seeding, Ohio will hit a bump sooner or later. It has before. Both Toledo and Kent State knocked Ohio on its face during the regular season. How well that translates to success in the tournament is anyone’s guess.

The Rockets have a history of disappointment. They haven’t won the MAC title since 1980, and three regular season championships since then don’t substitute for a lack of titles.

Still, there’s no time like the present. Toledo coach Tod Kowalczyk routinely produces first-rate teams that tyrannize conference opponents. This year is no exception. Toledo’s starting rotation is one of the most balanced in the MAC, even after star guard Marreon Jackson transferred to Arizona State following last season.

Toledo is the team to beat in the MAC, and Ohio failed twice in the regular season. Unless the tournament curse haunts Toledo for another year, Ohio might be stumped a third time if the two teams clash in Cleveland.

The other hurdle standing between Ohio and a MAC title is Kent State. The two programs split their regular season series, but it wasn’t pretty for Ohio. A slim win followed by a blowout loss doesn’t lend well to its postseason hopes.

Kent State last won a MAC title in 2017. However, they haven’t made it further than the semifinals since then. Ohio sent them packing after the quarterfinals in 2021.

The Bobcats were the first team to secure a spot in the MAC Tournament — and for good reason. They’ve proven time and time again why they belong in the postseason.

Will they shatter preseason notions of how far their success can carry them?

For good or bad, yes. And Ohio won’t know for certain until tournament time approaches.