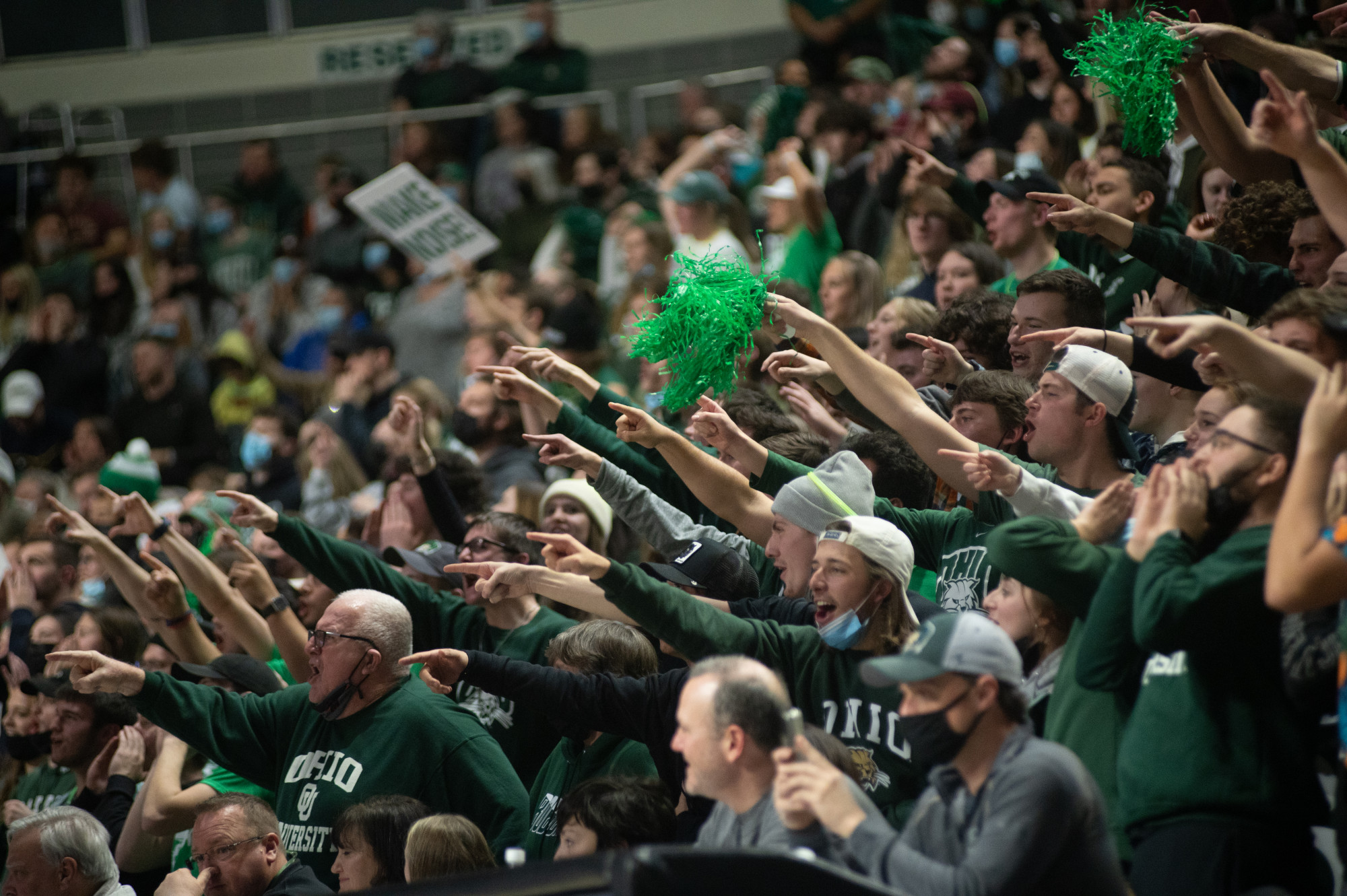 Attendance by the Numbers

Here's a snapshot of men's, women's basketball attendance at OU

It’s no secret that women’s sporting events have lower attendance than men’s. It happens at the professional, collegiate and high school level. Women’s sports are less viewed.

There is a stark difference in these numbers. It is not that the women’s teams are in a smaller market — they’re just not as attended.

Despite having two successful teams, OU is not exempt from the attendance epidemic.

The attendance numbers at home conference games for the men’s and women’s teams at OU are not the same. Each team has a weekday game and a weekend game — the women primarily play on Wednesdays and Saturdays, while the men play on Tuesdays and Fridays. There’s plenty of chances to catch the Bobcats.

Tim Conway, a sophomore studying media arts production, finds that the mid-week games provide him something fun to look forward to.

“The Convo just has a great atmosphere,” Conway said. “It’s something to do on a Tuesday night. OU, when (it is) good, like (it is) this year, it’s just fun to watch.”

Sometimes, the seats in The Convo are left empty, though. Here’s a look at Ohio’s season: Kent State was the men’s first home conference game of the season on Jan. 7. Within that same week, the men faced Bowling Green. The women faced Northern Illinois on Jan. 8 and Kent State on Jan. 12.

Both teams returned to The Convo after road trips for the weekend of Jan. 21. The men lost to rival Toledo that Friday, and the women faced Bowling Green on Saturday. The women also celebrated Cece Hooks’ achievement of being the new all-time leading scorer in Ohio history. That day, Hooks broke the MAC all-time scoring record in front of the women’s biggest home crowd of the season.

The women faced rival Buffalo on Jan. 24 in front of one of its smallest home crowds of the season. The men faced Northern Illinois the next day. Both teams won — the women by a small margin. It was the second time in two seasons that the women had upset Buffalo in The Convo.

The men came home for a three-game homestand beginning Feb. 1. During that span, the weather worsened in the tri-state area. Classes were canceled the same day as the men’s game against Eastern Michigan, and the game time was moved up due to the weather. Despite the rain, over 3,000 individuals trekked to The Convo to watch the game.

The women then had their own three-game home series. They kicked off the homestand against Western Michigan on Feb. 12. The men had been on the road during that time but came back home to face rival Miami on Feb. 15.

Attendance is not the same for men’s and women’s basketball, and it has been that way for years. However, students still support both programs.

Hayley Danesi, a sophomore studying child and family studies, attends both men’s and women’s games with her friend Sarah Cope, a junior studying education. Danesi and Cope have been to a majority of both teams’ home games this season.

Danesi has found that even though the number of people attending women’s games is lower than the men’s, the supporters in the stands are just as, if not more, serious about Ohio basketball.

“All the people that are there are genuinely there to support the women’s basketball team and to support the sport,” Danesi said. “You notice a lot less people stay on their phones during the game. More people are more invested in what the score is, or those kinds of things.”

Recently, student attendance has been booming thanks to the resurgence of the O-Zone, Ohio’s student section run in part by Chase Ellis and Rishi Patel. Ellis, a junior studying engineering technology and management, has been part of a team running the O-Zone Instagram account, @ohio.ozone. The account helps enthuse students about upcoming OU sporting events. Recently, it has been focusing on basketball — both men’s and women’s.

“I really want to promote (the women’s) game against (Akron) because it's really huge for them right now,” Ellis said. “They’re in the thick of the MAC Tourney battle,they really deserve the support, especially with what Cece Hooks has done, and what the whole team has done. It would be amazing for two teams in the MAC Tournament.”

Basketball has a long withstanding tradition at Ohio and in The Convo. There’s plenty of basketball to go around and plenty of seats to fill.