The Song Remains the Same

In 1969, Led Zeppelin rocked a packed Convo — as the opening act for the guy who sings “Feliz Navidad”

When he heard Led Zeppelin was coming to Athens, 19-year-old Steve Shanesy knew he had to see the band that he and his friends had been raving about for the past few months.

It was 1969, and Led Zeppelin’s self-titled debut album was the hottest record in rock music. The band was scheduled to perform as the opening act for folk-pop singer José Feliciano. Shanesy, a Post reporter at the time, quickly made it known to his editors that he wanted to cover the show.

“I guess that was the other interesting thing: smokin’ a joint with Led Zeppelin in the Convocation Center locker room.”Steve Shanesy

That’s how he and his then-girlfriend (now wife), Kit Anderson, wound up in The Convo’s locker room with Jimmy Page, Robert Plant, John Paul Jones and John Bonham on the night of May 17, 1969.

Shanesy and Anderson spent about an hour prior to the show backstage, talking and snapping photos with the band members, who he described as “mellow and somewhat quiet.”

“They were not shy about saying, ‘Do you have any pot to smoke?’ And we sort of anticipated that and said, ‘Well, yes we do,’” Shanesy said.

“I guess that was the other interesting thing: smokin’ a joint with Led Zeppelin in the Convocation Center locker room.” 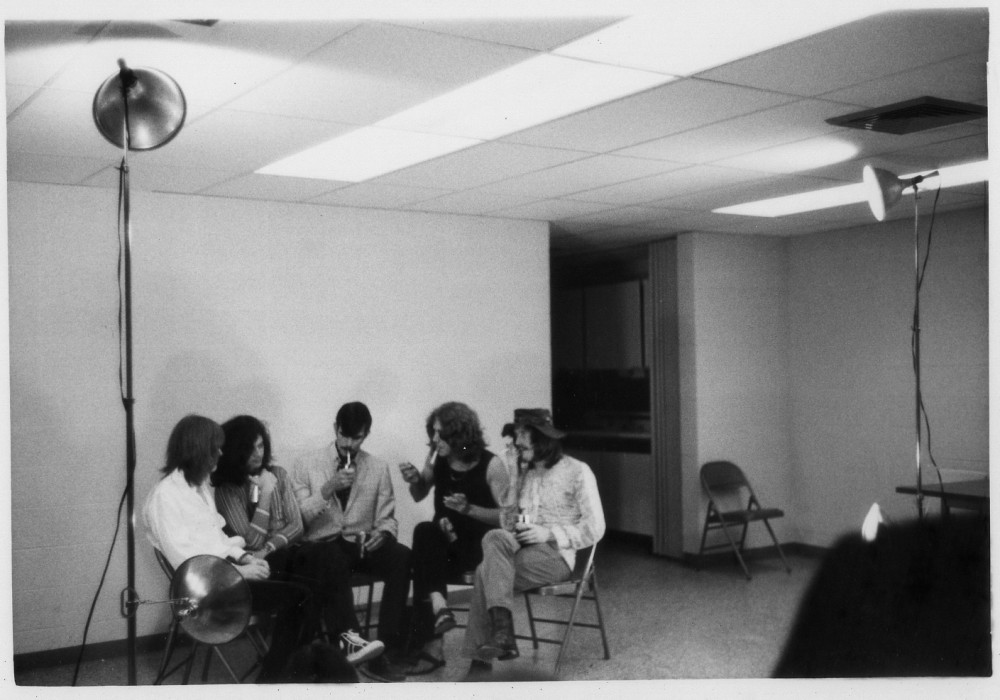 A WOUB reporter, center, and the four members of Led Zeppelin — from left to right, bassist John Paul Jones, guitarist Jimmy Page, vocalist Robert Plant and drummer John Bonham — gather for an interview in The Convo before the band’s show on May 17, 1969. (PROVIDED via Steve Shanesy)

Later, Shanesy recalls, Page took off his Converse All-Stars and donned a pair of platform shoes he’d pulled from a gym bag. A couple of hours — and a couple of encores — later, the guitarist re-entered the locker room, removed the platform shoes and slipped his All-Stars back on.

Page and his bandmates had just enthralled The Convo’s capacity crowd. Most of that crowd had come to see Led Zeppelin, the opening act for a singer now best known for a somewhat-kitschy Christmas song.

“We thought we’d take a flier”

José Feliciano was a star in 1969, though his contentious performance of the national anthem at the previous year’s World Series had stirred some controversy. The song for which the blind singer is now most widely known, “Feliz Navidad,” wouldn’t come out until 1970.

Feliciano was initially supposed to perform at OU in 1966. He backed out but promised to return the next time his tour passed through Ohio. That just so happened to be in 1969, when The Convo was brand new.

Steve Bossin, the head of OU’s campus entertainment board at the time, didn’t think Feliciano was a big enough draw to fill The Convo. After two weeks of ticket sales, only about 1,500 people had shelled out $2.50 to see Feliciano, Bossin said.

“Your parents, wherever they were at the time, could’ve heard the yawn — no one wanted to go see José Feliciano,” Bossin said. “So we needed an opening act.”

The two leading candidates for that role were Three Dog Night and Led Zeppelin, both rising rock bands at the time. Bossin’s group eventually decided on the latter because they were personally fans of Page and had heard Led Zeppelin.

“We thought we’d take a flier, couldn’t do any worse, and they were really cheap,” Bossin said.

That flier paid off. On a Monday, Bossin was notified that the contract had gone through and Led Zeppelin could be added to the bill. Ads were placed in The Post and The Lantern, the student-run newspaper at Ohio State University. 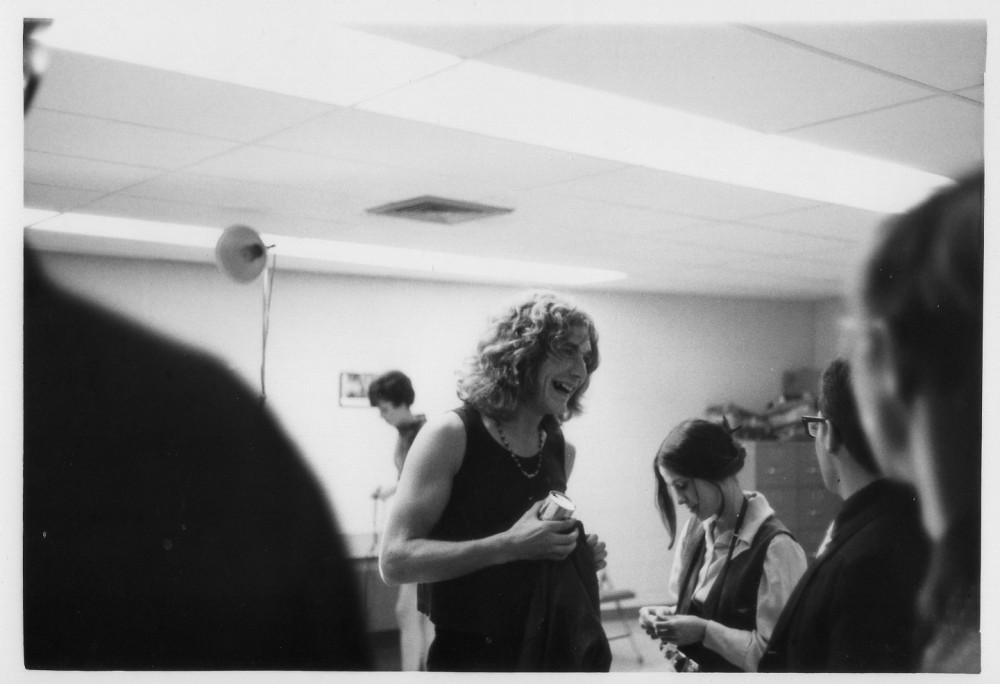 Led Zeppelin vocalist Robert Plant laughs in The Convo before the band’s show on May 17, 1969. (PROVIDED via Steve Shanesy)

A few days later, Bossin opened the box office at Templeton-Blackburn Alumni Memorial Auditorium for the first time the announcement.

“Early in the morning, we opened the ticket counter at the auditorium,” Bossin said. “And by the end of the day, there were no tickets left.”

About 14,000 excited concertgoers packed the seats and the hardwood floor of The Convo on the night of May 17. When Led Zeppelin took the stage, the sold-out arena practically exploded.

“They had everybody on their feet from the first minute they came out,” Bossin said.

Smashing through tracks like “Communication Breakdown” and “Dazed and Confused” with a signature allure, Zeppelin blew away the audience.

“Part of what made their sound seem fresh and interesting is how they would just explode with stuff onstage,” Shanesy said. “They’d go from kind of quieting down to just ramping up a sound that just totally let loose.” 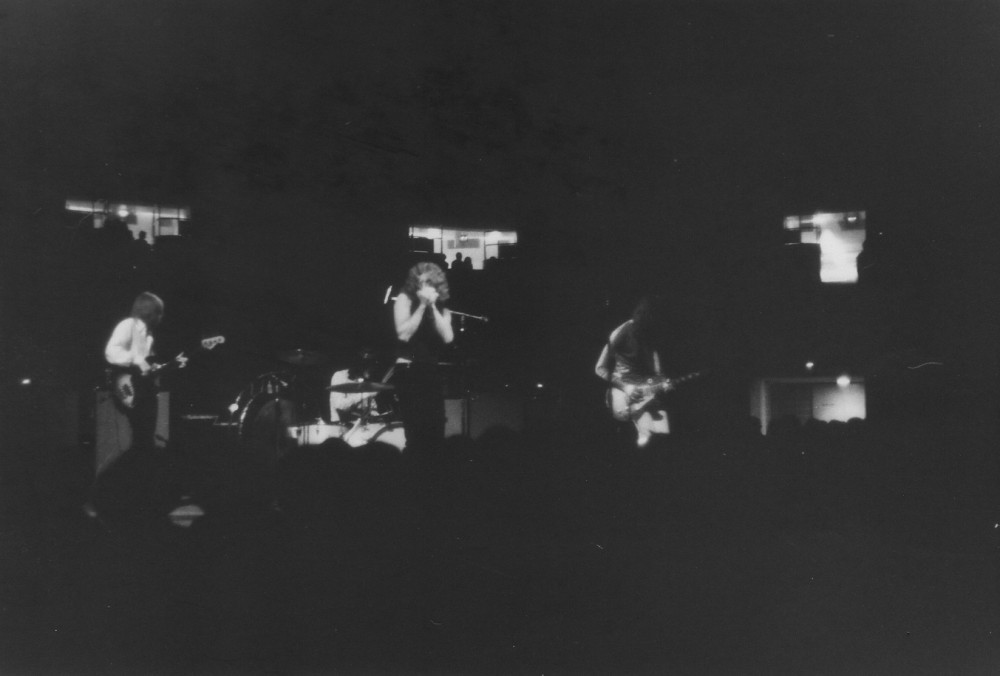 Page played a 12-minute guitar solo, while Bonham pounded out not one but two 8-minute drum solos. Even Jones managed to get in a modest 5-minute-long bass solo.

Led Zeppelin’s gear was hauled away and replaced by a couple of amps and a stool for Feliciano to sit on. By the time Feliciano’s guide dog led him to the stool, The Convo had emptied drastically — Bossin estimates that only about 3,000 of the 14,000-plus attendees remained.

But almost no one had come to see José Feliciano. They had come to see his opener, which had just enthralled them with a high-energy stage presence and pure musical talent.

“Oh, they ripped it,” Shanesy said. 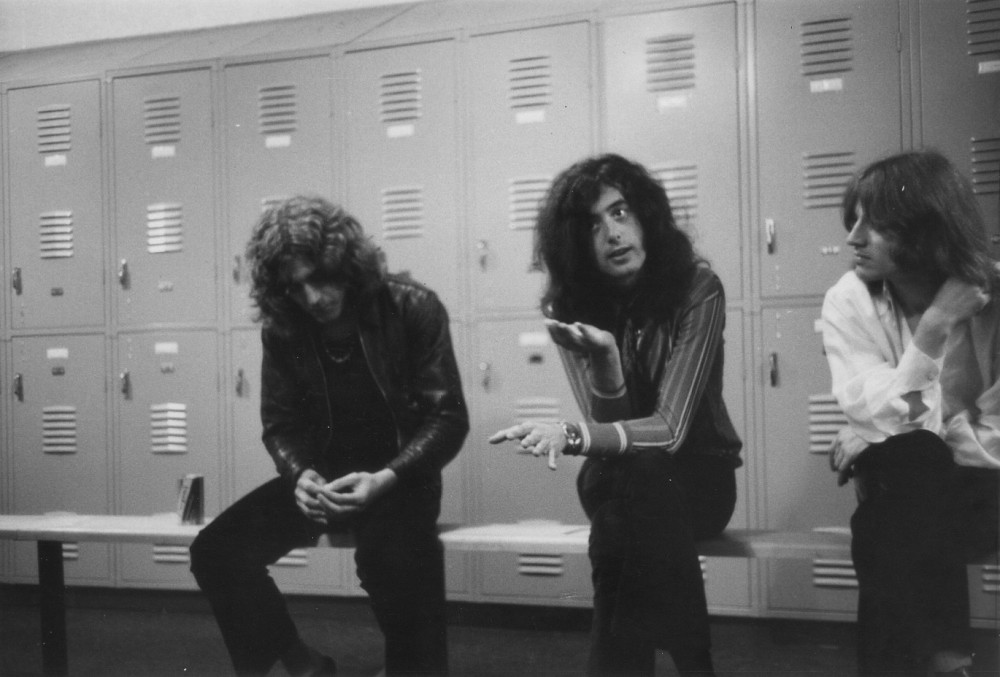 From left to right, Led Zeppelin vocalist Robert Plant, guitarist Jimmy Page and bassist John Paul Jones sit in the locker room of The Convo ahead of the band’s performance on May 17, 1969. (PROVIDED via Steve Shanesy)

There wasn’t much Feliciano could do. His solo acoustic set was a sharp contrast to Zeppelin’s ear-shattering sound.

A comment posted by Jim Copacino, then an OU student who was present, on Led Zeppelin’s website reads, “Poor José. ... It was like a sad little rainbow following a hurricane.”

“It was a great time” 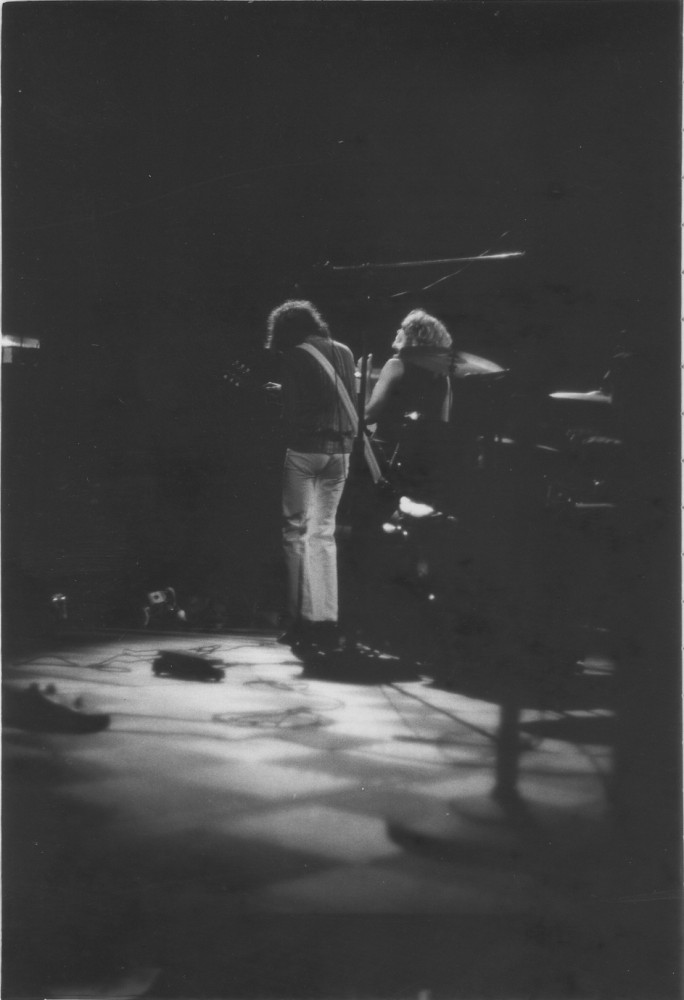 With his platform shoes off and his Converse All-Stars back on, Jimmy Page hung around Baker Center for a while after the show. He chatted with awe-struck fans as the band waited for the limo that would take them to the airport — next stop, Minneapolis, for a show the next night. For Led Zeppelin, Athens was just another stop on the band’s second-ever U.S. tour and the first of three American tours it would undertake in 1969.

But for The Convo — and for those who filled it to capacity — May 17, 1969, still holds a significance. The concert helped establish The Convo as a premier music venue in Ohio.

“It was important for The Convo, also, which was brand new,” said Robert Williams, a professor and undergraduate chair of biomedical and mechanical engineering at OU and the author of A Bulleted/Pictorial History of Ohio University.

Later in 1969, Bossin was able to book The Who at the height of its popularity. The band performed in The Convo in November of that year. The campus entertainment group was also offered the Rolling Stones but was forced to decline due to a conflict with another show that had already been booked.

Bossin, now a Democratic political consultant, looks back fondly on the time.

“I love talking about it,” he said. “I love reliving that. It was a great time.”

Shanesy is now retired after a career in journalism. He still gets a kick out of telling people the story of the time he hung out with Led Zeppelin at Ohio University.