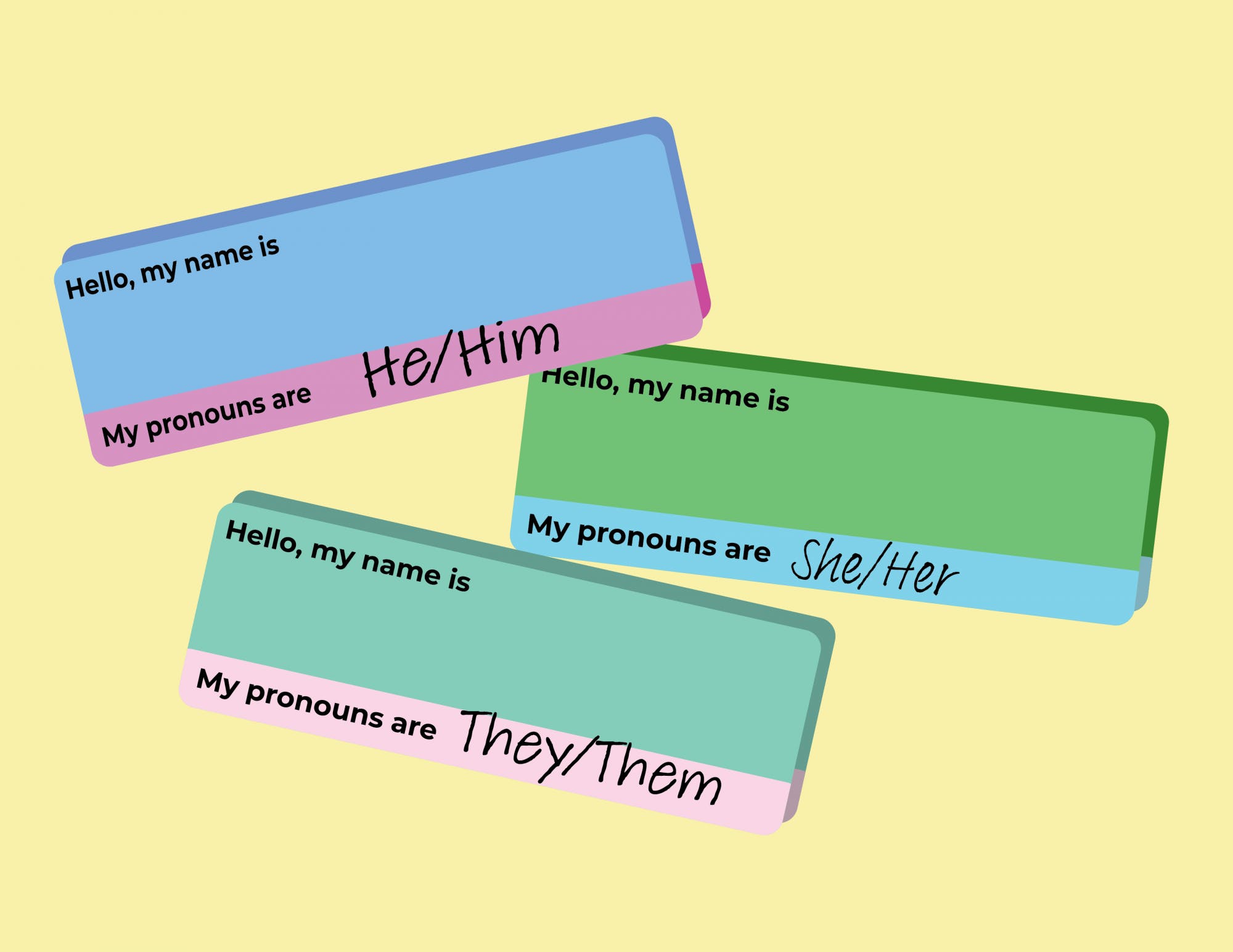 O ver the summer, student employees at West 82 were told to remove their pronouns from their name tags, bringing attention to outdated policies in Culinary Services and sparking a conversation.

Reagan Bramlish, a junior studying theater and a student worker at West 82, who uses they/them pronouns, said their coworkers at West 82 were contacted by management July 14 about the written pronouns. Bramlish said they were upset about the situation.

“This is 2021, we're literally supposed to be getting more progressive,” Bramlish said. “OU, I thought, was known for being diverse and inclusive. And then hearing that someone's like, ‘take those off’ as if it's a gross thing or a bad thing, was awkward and embarrassing.”

Charli Lucas, a senior studying media who works as an office coordinator at West 82, said West 82’s management put the student leaders in charge of relaying the information to the other employees.

“One day I came into work and my coworker told me that the one man who worked in the building … had told her that we needed to tell everyone that they were to only have their names on their name tags,” Lucas said in an email.

After hearing of the circumstances surrounding the name tags, Bramlish posted to Twitter to express their concerns, drawing attention from OU.

“Student employees had been writing and drawing things on their name tags that weren't approved in the past,” Carly Leatherwood, a university spokesperson, said. “Unfortunately nobody came to leadership and asked about the pronouns, and so basically, since that social media post went up, leadership reacted pretty quickly.”

The misunderstanding led to instant action from the workers who were there that day.

Lucas said she refused to tell employees they could not have their pronouns on their name tags, and others went that day to raise awareness and advocate for the situation in collaboration with the LGBT Center.

Micah McCarey, director of the LGBT Center, said several students came to the LGBT Center with the concern and said someone also emailed the Division of Diversity and Inclusion, so he knew something needed to be done. McCarey said he wasn’t extremely concerned by this specific occurrence because previous, similar issues had been resolved quickly.

In addition to reaching out to the LGBT Center for assistance, Lucas said West 82 student workers created a petition for those who wanted to keep their pronouns on their name tags.

“The employees were fired up and were eager to sign the petition we created,” Lucas said in an email. “Anyone who didn't have their pronouns on their name tag did by the end of the day. We were preparing to fight.”

However, the fight was thankfully a short one.

Following West 82’s student workers’ efforts, the issue was resolved within the day, and Gwyn Scott, the associate vice president of auxiliaries, announced to the culinary staff that name tags can consist of student’s first name and pronouns.

“We have completely re-evaluated the name tags in Culinary Services now,” Leatherwood said. “And so the university will be printing approved name tags with both the first name and the pronouns.”

Coming to a better understanding:

One’s pronouns typically correspond to their gender identity, which may not match their sex. A person’s gender is defined socially and mentally, while sex is determined by one’s biological reproductive system according to the American Medical Women’s Association.

For example, someone who identifies as cisgender means their gender identity matches their sex. People can also identify nonbinary, meaning regardless of sex, they do not identify with the typical male or female binaries, or transgender, meaning their sex does not correlate with their gender.

The conversation about pronouns and gender identities have become more prevalent at universities around the country as issues like this arise, and as more institutions try to work toward more inclusive policies.

“I would not be surprised if we … continue to see stories like this, and activism for people advocating for that,” McCarey said. “It's like a micro-aggression ... each time someone makes an assumption about what pronouns you use based on your appearance, your gender expression, and they get it wrong. So if we can remove that barrier to guessing someone's pronouns by just openly putting them on a name tag, that it's going to probably decrease the number of times that misgendering happens."

Additionally, along with a lack of acknowledgement individuals who are not cisgender often deal with, transgender and gender nonconforming people also face violence and fatalities due to intolerance within society.

According to an article from The Human Rights Campaign, so far in 2021, more than 30 transgender and gender nonconforming people have been killed. In 2020, more than 40 were killed.

In response to the need for changes in visibility, OU created a preferred names and pronouns policy in 2015 and allows students to enter their pronouns, alongside the name they prefer being called, into the university’s student portal so that it shows up on class rosters and other university records. For faculty and staff on the other end, definitions and examples are provided for when to use a student’s preferred name, according to OU’s Administrative Policy Handbook and the Preferred Names FAQ page, which requires staff, faculty and students to use correct identification in every situation where a legal name is not required for documentation purposes.

The policy change allows for students, including those who identify differently than the name and gender they were assigned, to list the way they should be referred to in a standardized record, so they can be addressed correctly by the faculty and staff at OU. 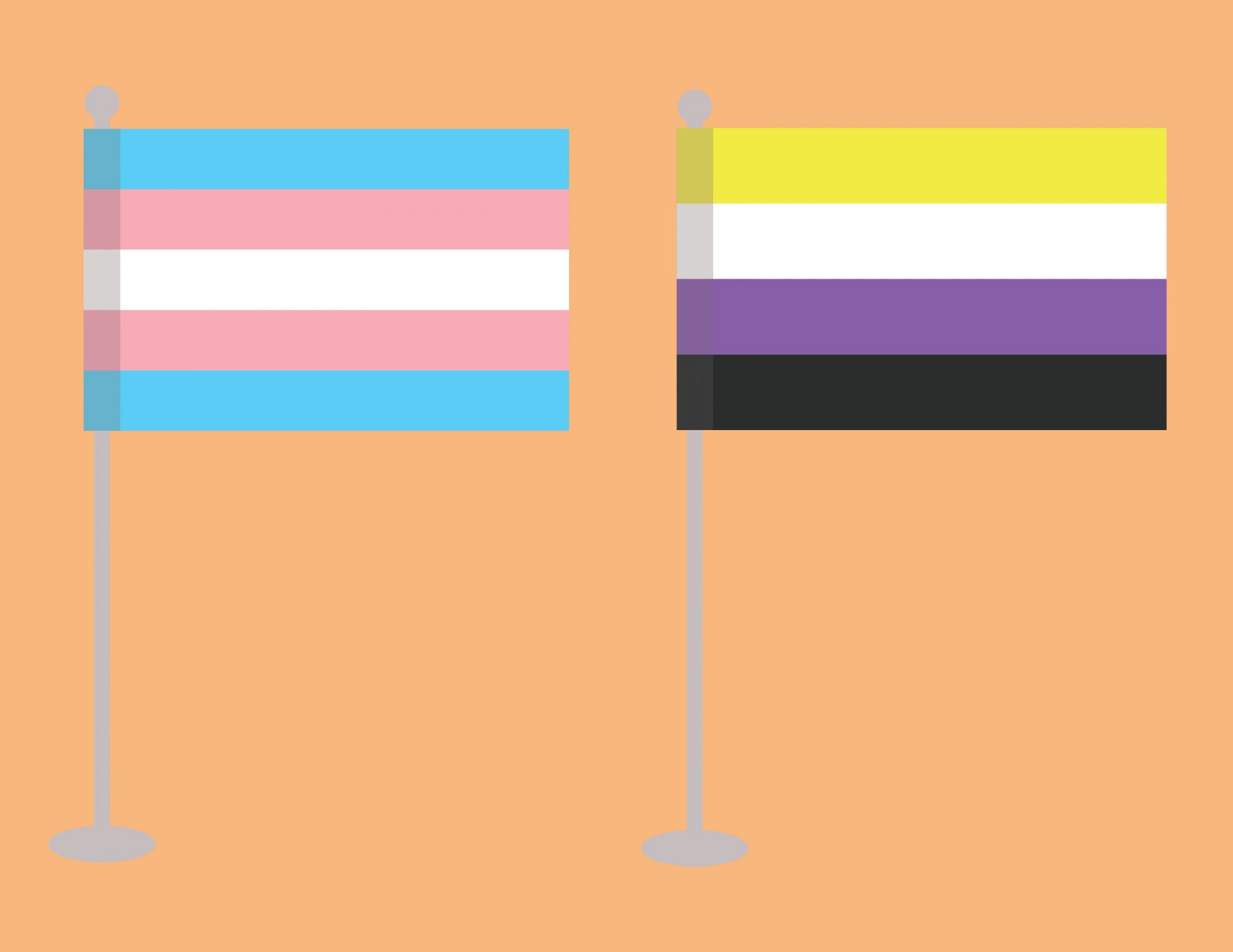 Lucas believes the updated policies that came to Culinary Services name tags after what happened at West 82 will better correlate with OU’s Preferred Pronouns Policy, which provides groundwork for the university’s goals to make sure every person at OU is respected for who they are.

“Even if the majority of the students identify with the pronouns they were assigned at birth, it still gives an opportunity for those who don't identify that way to feel comfortable and included,” Lucas said in an email.

Ethan Levingston, a junior studying integrated media who uses they/them pronouns, said professors have generally been inclusive and respectful when using their pronouns.

“With some professors I've had, they've been really good when doing introductions. They include pronouns. Some professors end emails with pronouns,” Levingston said. “I had a professor write a recommendation letter for me and they used gender neutral they/them pronouns.”

Luvina Cooley, a junior studying anthropology who is a transgender woman, said her experience has been positive in her time at OU, although she knows of people who haven’t had the same experiences.

“There have been some issues of professors not accepting pronouns, especially if they're neo- pronouns, or like even just a singular they/them,” Cooley said.

Neo pronouns are pronouns that can be used to avoid gendered language around an individual, according to The New York Times, and can, for example, include “ze/zir” and a range of others.

“I know that there have been students who use those who have had issues with those, which I think is really frustrating because it conveys the message that we're accepting, to an extent, and that's not the way it should be,” Cooley said.

Carmen Szukaitis, an undecided sophomore who is a transgender woman, said although she has felt comfortable, she knows a lot of other students haven’t.

“My experience has been pretty positive here, like, I've never really felt different, or made to feel different,” Szukaitis said. “People have been super receptive of my pronouns, but I know that isn't always the case if a person who identifies as nonbinary or trans doesn't pass. Which is sad to say, and that's the society that we live in.”

Szukaitis said she would like to see pronouns listed on every employee name tag, to avoid the confusion and awkwardness that often comes with having to explain oneself to someone who used the wrong pronouns. Additionally, a standardized procedure for sharing pronouns in class could also be beneficial, she said.

What does OU do?

To help minimize situations like the name tags at West 82, OU has resources that aim to facilitate respect and understanding for faculty and students.

For example, the LGBT Center offers SafeZone workshops that teach about the range of gender identity and expression and help teach terms to create an understanding that may not otherwise exist for students, faculty and staff. The program is always evolving, McCarey said, to account for new terminology.

Additionally, McCarey said that the LGBT Center has programming year-round for awareness of the importance of acknowledging transgender and nonbinary individuals and the struggles that they face, like Transgender Day of Rememberance, a day remembering the lives of people killed by anti-transgender violence.

However, if individual issues come up and when the systems set in place do not do what they are supposed to, there are also a number of resources to deal with discrimination, confusion and an array of other issues that may arise within the university.

McCarey encourages students who face any of these issues to go to the university department that correlates closely to the issue, like issues of pronoun usage to the LGBT Center.

He said the center works with other departments throughout the university to make sure that people are able to use their chosen names in as many situations as possible – for example, working with the financial office to make sure somebody’s correct name appears on paychecks, and so on, depending on the issue at hand.

Student advocacy surrounding issues like this is also a big help, raising visibilities to the struggles people who are transgender and nonbinary can face.

Additionally, if an issue involves somebody in the position of power over a student, OU’s ombudsperson , who takes complaints, including anonymous ones, and can act as a liaison for parties throughout the university, making sure students, staff, faculty and everyone else are all receiving fair treatment.

Apart from the university’s direct efforts, Student Senate is also beginning initiatives going into the new semester, including an intersectional approach to programming, said Cooley, who is also the Senate’s LGBT senator.

The importance of acceptance

Levingston said it took a lot of learning about different gender expressions to find comfort with a gender nonconforming identity.

“It took a long time to even understand the concept of transgender people, and then a gender binary, because these are things that are very ingrained into us,” Levingston said. “It's really all about identity … Once I learned that, it got a lot easier. It didn't feel like I was solving a math problem, it really just felt like, ‘who do I think I am?'”

Misgendering can happen to and can be equally as harmful to all genders as well.

“I think that a lot of people would be offended if I used the wrong pronouns on them, even if they are cis,” Levingston said. “I think if you were to go up to somebody who is a cis male, who is prides themself on being a male and day after day, and called them a woman, they would get very not happy with you.”

Although many who are new to the concept of people identifying outside of the gender binary may struggle, McCarey said that working to learn others' pronouns and respect their gender identities can greatly affect their mental health.

And Levingston said it's not as hard as people think.

“When you apply it (pronouns) to a mystery third gender, or a someone who transitions genders, then it's different somehow in people's minds,” Levingston said. “But it's just like remembering somebody's name when you first meet them or if you maybe misremembered their name and you have to learn it another way.”

Taylor Burnette contributed to this report.