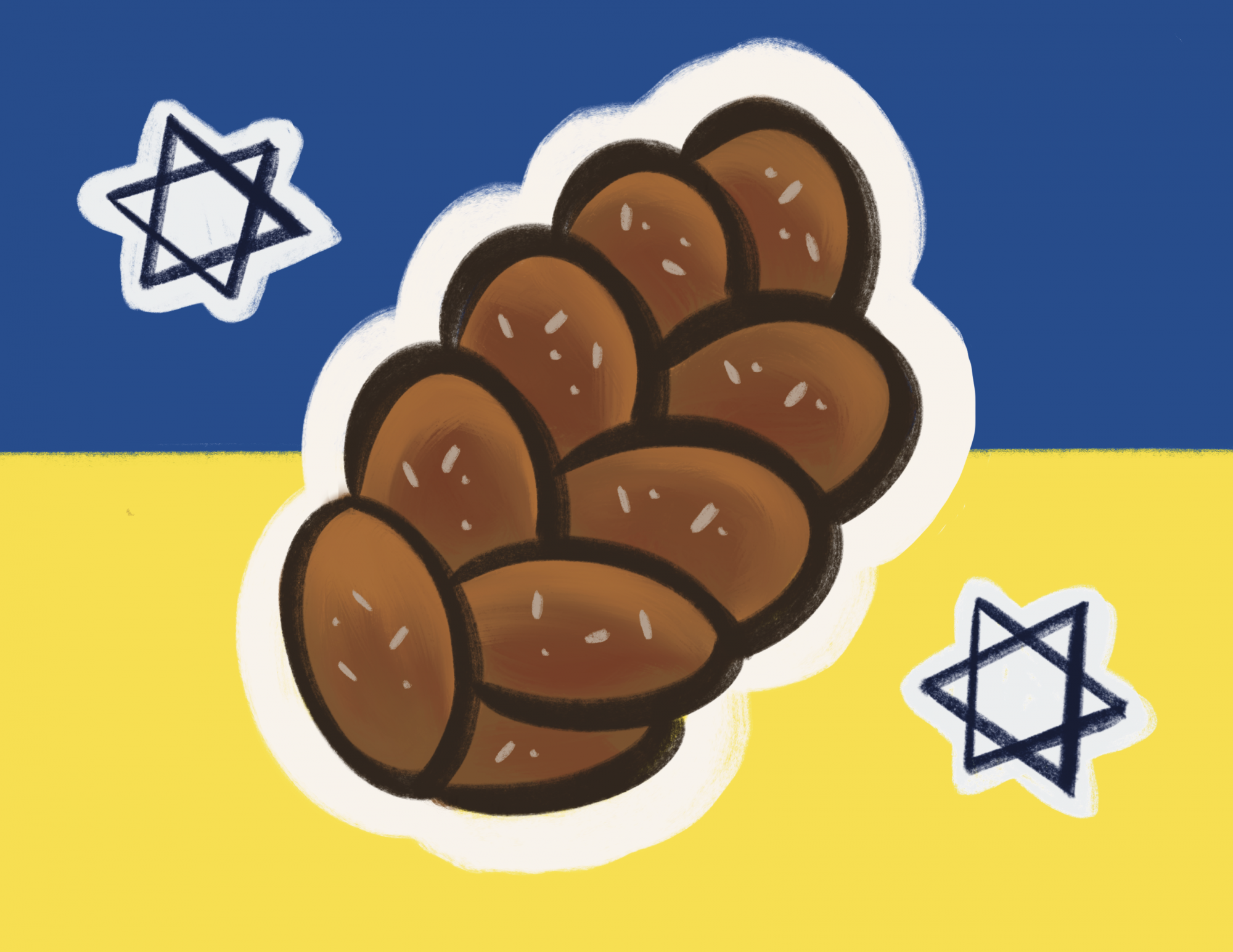 Everyone has traditional roots that link them to their heritage, which ultimately plays a huge role in who people are. For many Jewish people, their roots are in Ukraine.

The war in Ukraine may seem like a distant issue for U.S. citizens, but for leaders and members of Chabad at Ohio University, there is a special connection to the conflict.

During the early days of the ongoing war, Chabad held a Challah bread bake fundraiser to raise money for Ukraine Jewish refugees. Levi Raichik, the rabbi and director of Chabad Student Center at OU, said his reason for fundraising for Ukraine was beyond the traditional Jewish roots.

Raichik said his aunt, Chaya Wolff, and her husband, Avrahom Wolff, moved to Odessa, Ukraine, after the fall of the Soviet Union. The number of Jewish people living in the country decreased after the fall, and the ones that stayed experienced their religion being suppressed.

Since the move, Raichik said the couple has been able to contribute greatly to the community, including the building of orphanages and schools.

“As soon as the war broke out, they decided that they had to get the orphanage out of Ukraine,” Raichik said. “A lot of these kids are coming from extremely difficult backgrounds where they don’t have any documentation, even though they are Ukrainian.”

Raichik said the kids, through the help of the German Embassy and German government, received diplomatic status to come over to Germany. The journey took four days, he said, as they traveled on buses through countries, like Moldova and Slovakia, to get to Berlin.

Once the children from the orphanage arrived in Berlin safely, Raichik said the couple went back to Ukraine to support the large Jewish community still there.

“As the leaders of the community, even though it’s a sacrifice … you can’t run away from your community,” Raichik said. “So, that’s an enormous self sacrifice, which is an inspiration to us.”

While Raichik had a personal connection to the cause, Emily Thal, a senior studying communications sciences and disorders, wanted to get involved after seeing media coverage of the war.

“As Jews, it is kind of our obligation to do what we can to give back if we’re able to afford to, which is something called a mitzvah,” Thal said. “I’ve also grown up in a heavy Jewish community … so it’s kind of instilled in our brains.”

As the war progressed over spring break, Raichik’s wife Chanee and Thal, decided to fundraise with a Challah bake. Through the fundraiser, Chabad was able to raise over $3,000.

Thal said the support from the community was unexpectedly high and encouraged her to keep spreading awareness on the issue.

“The community showed so much support and love, and I wasn’t expecting that because I’ve experienced anti-semitism on campus,” Thal said. “I didn’t know what to expect from the community, but all of it was positive.

In addition to the Challah bake, Chabad was spreading the news about the war and fundraising through campus ambassadors. Members of Chabad and other OU students would spread the word through organizations on campus and social media.

Raichik said these ambassadors were able to call attention to the fundraiser and show massive support for the cause.

“So many non-Jewish students came in to show their support,” Raichik said. “We had a representative in every fraternity and sorority … and they all sent so many students over to buy and help make (Challah).”

Molly Cohen, a freshman studying communication studies, also does not have a personal connection to Ukraine, but said she wanted to be an ambassador for the fundraiser after hearing the personal story from Raichik.

Cohen said she was also surprised by the amount of support Chabad received for the cause and how educated many students and residents were on the issue.

“I feel like the general consensus is that something bad is happening over there, and a lot of people are in danger,” Cohen said. “A lot of people, at least like me, didn’t really know how exactly to help.”

Cohen said the organization was also able to raise money off campus, as a friend of hers also sold Challah at an Outback in West Virginia.

Raichik said the community support was so great, that Chabad had two more fundraising bakes.

Although the organization was able to raise money for the cause, Raichik said media coverage surrounding the war and student awareness had significantly decreased.

“Students, now, basically forgot about it, even though the suffering in Ukraine is not getting better,” Raichik said. “It’s only getting worse, so we try to talk about it as much as possible to keep the awareness.