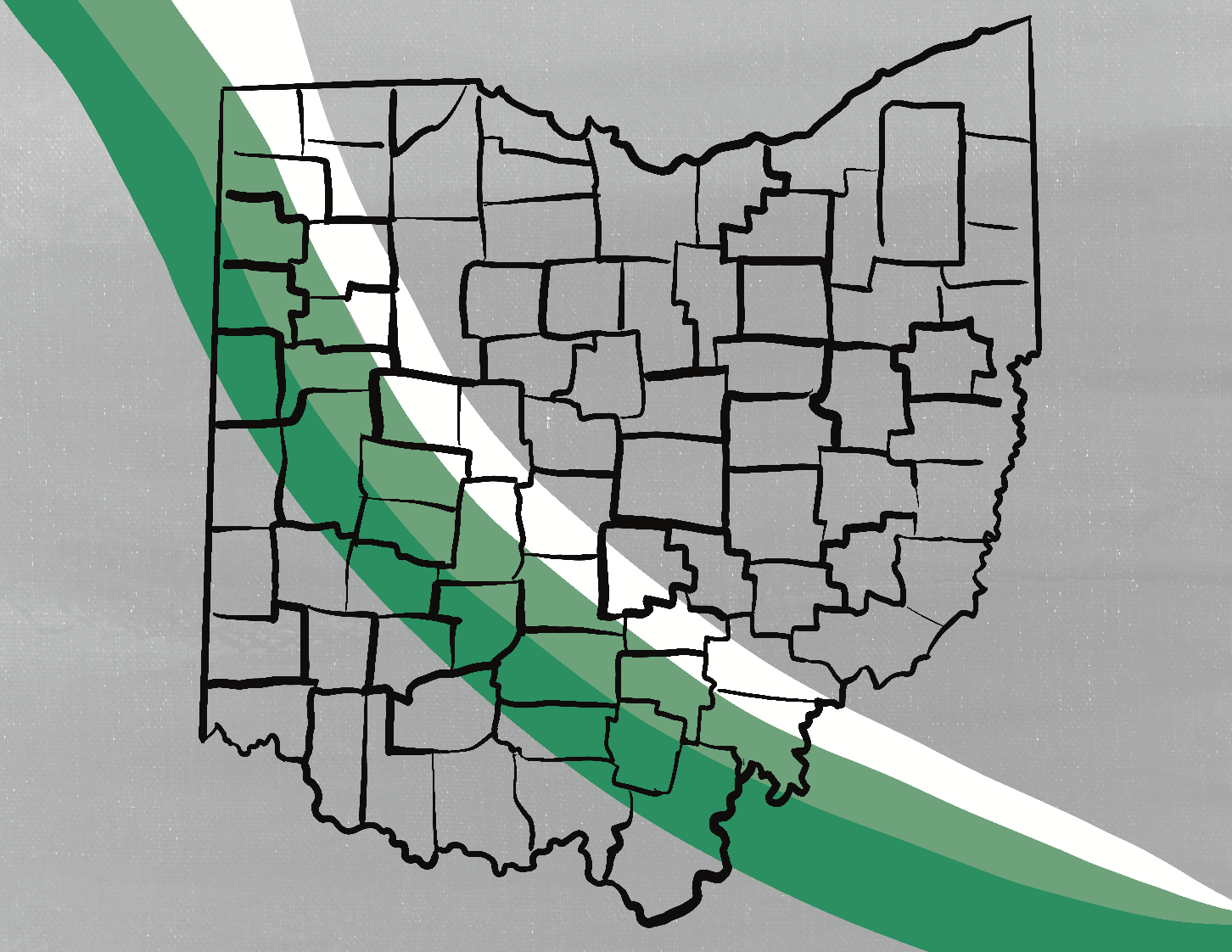 Counties in Appalachian Ohio have some of the highest poverty rates within the state.

The region encompasses over 30 counties in Ohio, including Athens County and surrounding counties.

With an estimated poverty rate of 22%, there may be a misconception that Athens County has the highest poverty rate within the state of Ohio.

In comparison to other counties in the area, Athens County has one differentiating cause for its rate of poverty.

The U.S. census, which takes place every 10 years to collect demographic information on all U.S. citizens and most recently occurred in 2020, included OU students who mainly reside in Athens.

Because of that, Athens Mayor Steve Patterson said OU students are a main factor in the rate of poverty within Athens County.

“I … feel that we have a large population of individuals who aren't working, and like I said, Ohio University students, I mean, your main job is to study and get your degree,” Patterson said. “Now, again, I know that a lot of students have part time jobs or whatever, but that certainly, under the census statistics, shows up as having an impact on the county's poverty rate.”

Despite Athens’ unconventional population demographics, many surrounding counties have similar or higher poverty rates. Patterson said counties such as Athens, Meigs and Vinton are considered economically distressed places in Ohio.

Lora Rawson, the executive director for Gallia-Meigs Community Action Agency, said 2021 data suggests Meigs County has a poverty rate of almost 35%. Rawson said there are a multitude of factors contributing to that percentage.

“In Meigs County just over 17% have a bachelor's degree,” Rawson said. “So I think education would be a factor, not having a higher education degree.”

Char Brown, the director for the Adams County Shelter for the Homeless, said Adams County is considered the 13th most impoverished county in the U.S.

“We have probably 500 upwards of homeless people in our county,” Brown said. “You don't see them. You don't know they're homeless. Because they look like you and I, they dress nicely, but they don't have a home.”

Megan Sowers, the executive director of the Jackson-Vinton Community Action Agency, said Vinton County has a poverty rate of 19%. Sowers said poverty can have multiple meanings and be expressed in several different ways.

“Poverty has many faces and can be experienced in different degrees; it can be temporary or generational,” Sowers said in an email. “Poverty can refer to people who are unemployed, disabled, elderly on fixed incomes, or hard working people who just can’t make ends meet.”

While job insecurity’s contribution to poverty rates is not new, the decline in job opportunities throughout the COVID-19 pandemic has created an influx in poverty rates.

Throughout the pandemic, the U.S. government has offered financial aid opportunities to those in need through stimulus checks and unemployment benefits. Brown said even that money has caused more harm than good to impoverished communities.

“I think COVID played a bigger part in making more poverty because (the government) handed out money after money and a lot of people just wasted it,” Brown said. “So they didn't pay rent, so they spent the money on stuff. So now they're in a big pickle because they're being evicted.”

Athens and surrounding counties have similar job and transportation-related causes that factor into their poverty rates.

Although certain Appalachian counties are facing high levels of poverty, there are a plethora of services available to those in need.

The Meigs-Gallia Community Action Agency provides assistance on rental and utility costs, amongst other services.

“We have home weatherization assistance programs, which help to install energy efficiency measures to reduce the energy burden for home owners or so that cost comes down and it leaves more money for other necessary items,” Rawson said.

Similarly, Sowers said the Jackson-Vinton Community Action Agency provides transportation services in addition to financial assistance for utilities and childhood education. And the Adams County Shelter for the Homeless provides limited-time housing for those in need.

While staying in the shelter, visitors must search for a job and for housing outside of the shelter.

Though Athens County has one of the highest poverty rates within the state of Ohio, it and surrounding counties deal with unfair characterizations of its citizens.

“We are considered Appalachia,” Brown said. “So the stigma here is that Appalachian people are all lazy. That's not true. Everybody is lazy if they don't want to work or take care of their family and that can come from the highest level of finances to the very lowest of finances.”