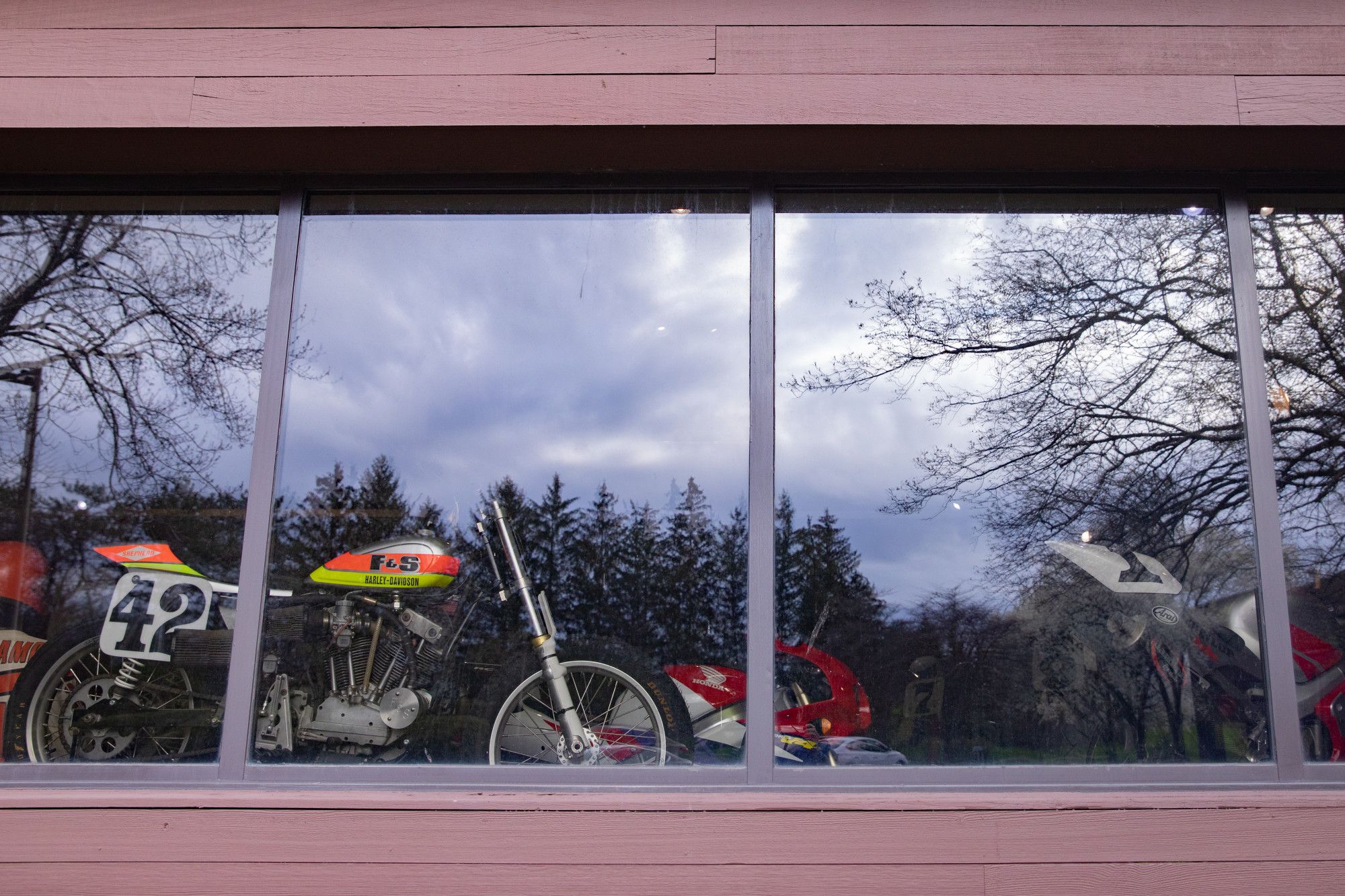 At the end of a long stretch of road sits the Motorcycle Hall and Fame Museum in Pickerington, Ohio.

Two wheels and an open road

Vintage motorcycles stand propped in front of posters and portraits of their former riders, as the legendary tales of each two-wheeled vehicle are gloriously presented. The rich history and legacies of the famed motorcyclists like Sam Arena Sr. or Brad Andres can be found just a short drive from downtown Columbus.

Pickerington, Ohio, is home to the American Motorcyclist Association, or AMA, Motorcycle Hall of Fame, which welcomes motorcycle connoisseurs into its extensive display of motorcycle and motorcyclist history.

The hall of fame has reopened its doors and offers a wide variety of historical motorcycles on its first floor, and it pays tribute to the widely-renowned motorcyclists that left a mark on the industry, according to the AMA Motorcycle Hall of Fame’s website.

For non-members, the museum charges $10 for adults, $8 for senior citizens and $3 for students, but the vast history depicted within the walls of the museum can be accessed free of charge for any AMA member.

Patrick Summers, a senior studying cellular and molecular biology, said he would expect a hall of fame museum such as the AMA Hall of Fame to be popular among people in Ohio and throughout the country.

“In the U.S. in particular, we tend to value our vehicles … and, more so, if not, the people attached to them,” Summers said. “It’s not surprising to me that there’s a museum like that.”

Summers said he sees the hall of fame as a significant reason to visit the Columbus area for those with a passion for motorcycles.

Gilbert Moore, program director of Ohio Valley Rider Training and a member of AMA, said he has visited the hall of fame many times over the years.

About 75% of the museum is permanent exhibits, and the other 25% changes very regularly, and it always has a variety of different niches on display, Moore said.

“They have exhibits on a collection of toy sidecars and motorcycle related toys,” Moore said. “You can go back in time and again, and there's always new stuff to see, which I value.”

The museum also shows the lifetime growth of motorcycle machinery, featuring models of some of the first ever motorcycles all the way up to modern day motorcycles that you could see on the street, Moore said.

“They've got motorcycles that are 100 years old,” Moore said. “One thing that’s fun to do is look at the development of the equipment.”

Over the years, Knudson said he has experienced a variety of different extensive and impressive displays, including one that features celebrity motorcycles as well as one called “Motocross America,” an exhibit depicting the sport of motocross and its extensive history that Knudson contributed to.

“They brought in motorcycles (and gear) from all over the world,” Knudson said. “It was the most elaborate and expensive exhibit that they've ever done.”

Knudson stressed the idea that, especially in recent years, the museum does not just primarily focus on the development of the vehicles, but rather, it incorporates the story behind the motorcycle and, more importantly, its rider.

Moore said the glorification of the motorcyclist equal to the motorcycle on display is a unique aspect of the museum that he appreciates.

The Midwest region has always been the origin of motorcycle development during the Industrial Revolution, Moore said. Because of this, he said it makes sense that the AMA Motorcycle Hall of Fame Museum is located in central Ohio. Additionally, some of the biggest motorcycle dealers are still located in Columbus, Ohio.

Ultimately, Moore said the hall of fame fosters such an enjoyable experience because of the rich history it displays on its walls that correlates with the motorcycles sitting before the viewers.

“You just start reading the wall about what these people did and how they did it and where they were and when it happened,” Moore said. “Then you look at the machinery.”