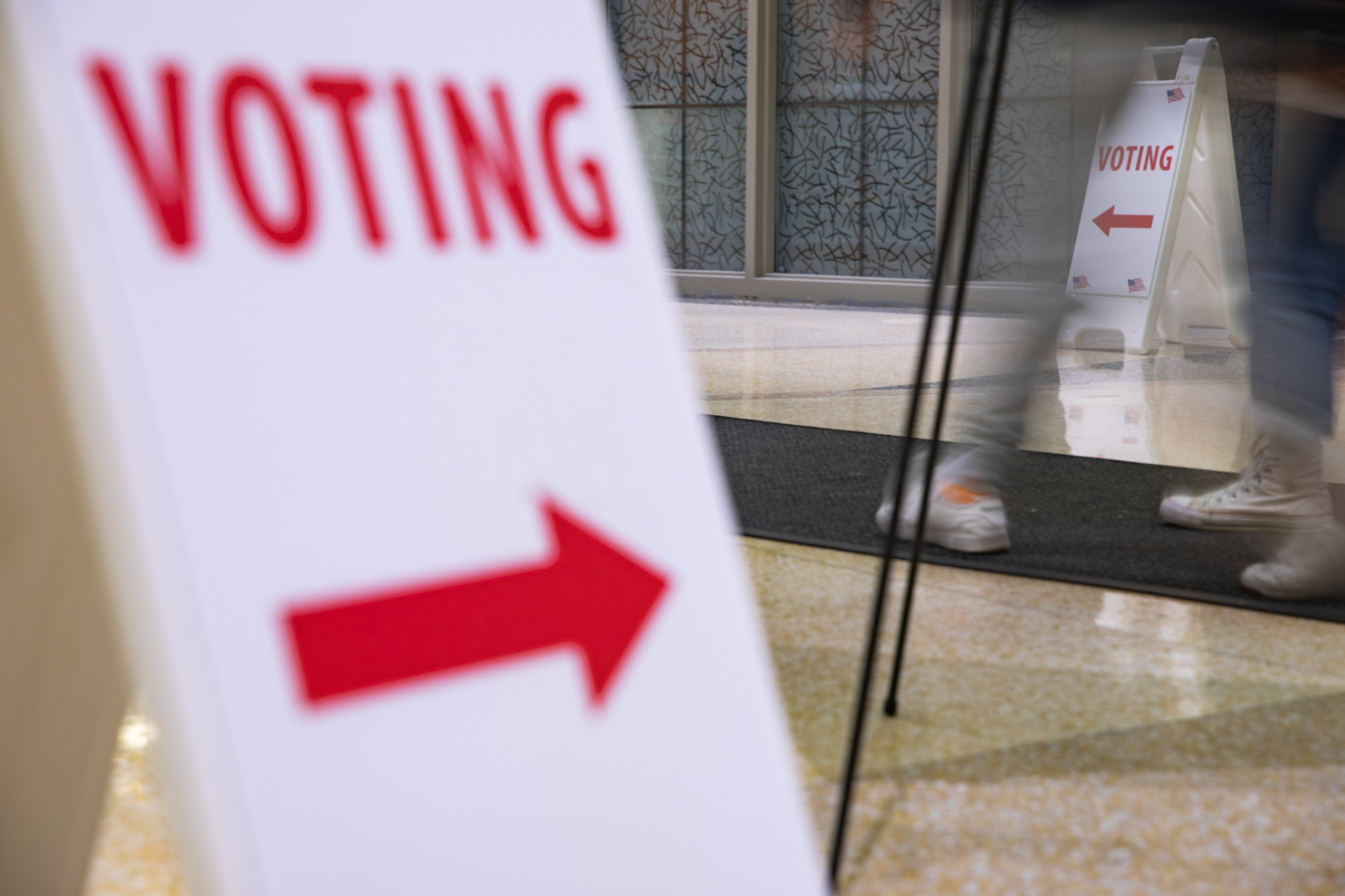 Here’s how students are feeling about voting, pandemic issues

M ost students agree on the importance of voting, but some have varying opinions on what issues are most important to them as college students living during a global pandemic.

Taylor Horman, a freshman studying social work, said on a scale of one to 10, the importance of voting sits at about a seven for her.

“I know that there has been talk about eliminating absentee ballots, but I think that they’re really important, especially for college students like myself where my drive home is three hours,” Horman said. “On a traditional voting day, I would not be able to leave school and go home and vote. I would just have to miss the election.”

Horman said her concern coming out of the COVID-19 pandemic is on mental health issues.

“I think there was a lot of people, mostly students, who were in isolation for a long time,” she said. “I've seen a lot of people struggling mentally with the transition coming out of the pandemic.

Ashley Harris, a freshman studying criminology, said voting is important and encouraged everyone to go out and vote in the upcoming election. Harris said she felt previous elections had an impact on the pandemic.

“COVID-19 was made political, which I don’t agree with,” Harris said. “It should not be politics. It should just be handled as healthy as possible so everyone can move on.”

She said she feels the current national administration is handling the pandemic the best it can and is most concerned about how the workforce will handle an upcoming generation of students who experienced online education.

Vernon Kluding, a junior studying political science, said despite the fact he thinks voting is extremely important, he believes the way that we vote in America is “fundamentally flawed.”

“Providing opportunities for every citizen to be able to vote is important. That's not really my criticism,” Kluding said. “It's more so the fact that the way we vote and have historically voted is tribalistic, and this is why I don't like either of the parties: that divides people, and it gets in the way of actual problems that are facing us systemically as a country.”

Kluding echoed Horman’s concerns about the psychological effects the pandemic has induced and feels there has not been enough focus on the mental effects of COVID-19.

“Getting back on track to that pre-COVID world is very important, I think, for the health of everybody,” he said.

Manny Velazquez, a freshman studying professional pre-med, said he does not have any concerns as a college student coming out of the pandemic and feels it’s important to start taking steps back to normalcy.

“I think the one thing that's so special about human beings is that we are very adaptive, and so I think we can easily go return … (to) partying or social gathering and stuff,” Velazquez said.