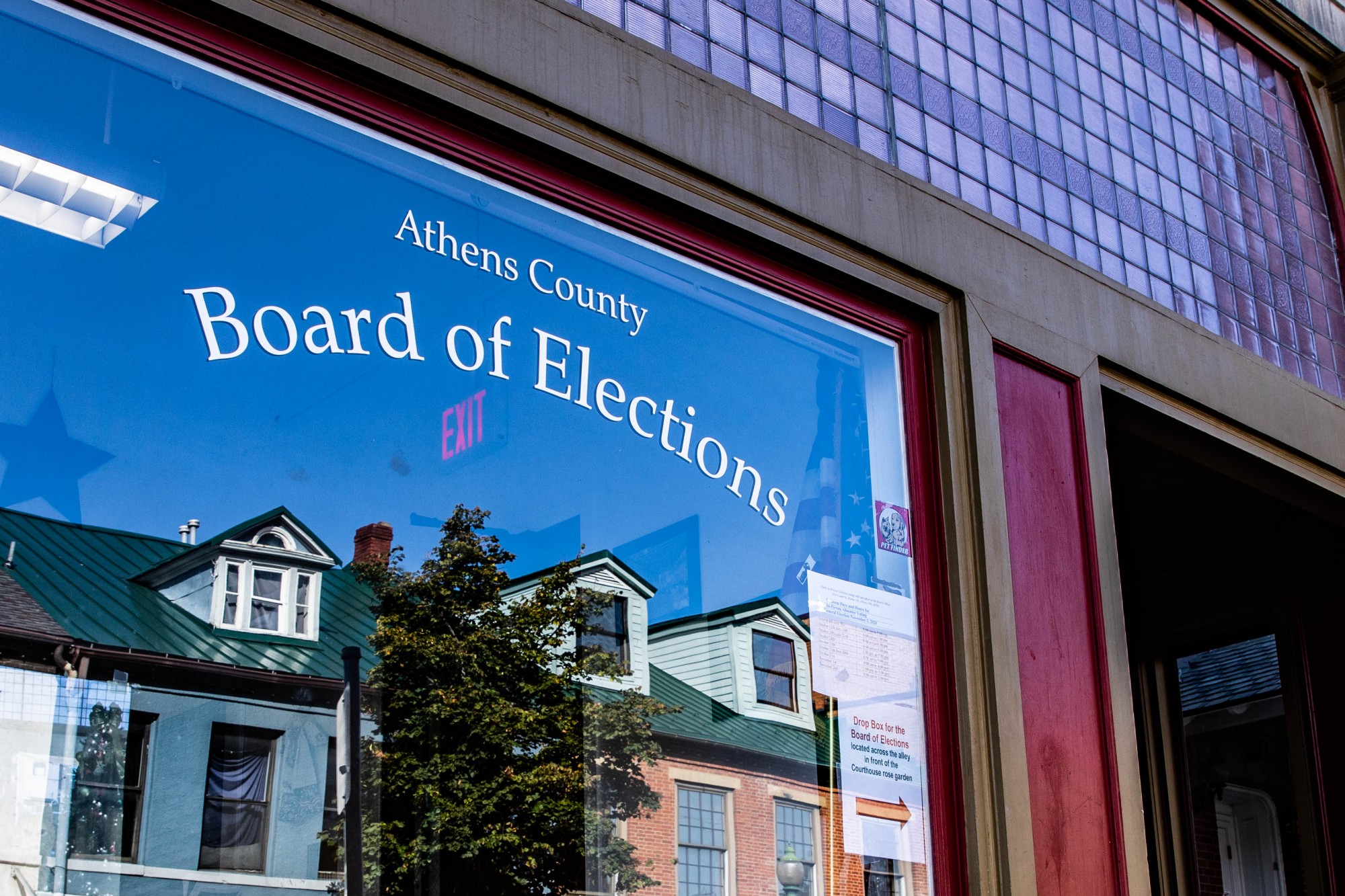 The Athens County Board of Elections, located at 15 S.Court St., in Athens, Ohio. (FILE)

T hough many Americans feel that third-party candidates don’t have a chance to win, some still see them as the best option when exercising their right to vote.

Adam Cahoon, a sophomore studying entrepreneurship, said he is voting for Libertarian Candidate Jo Jorgensen in this election.

“As a libertarian, I find both candidates equally unlikeable,” Cahoon said in an email. “I think it has become abundantly clear that America needs some serious change in how it fundamentally runs things.”

While Cahoon understands Jorgensen will not win the election, the Libertarian party can be granted “Minor Party Status,” should she receive 5% of the votes. Jorgensen is currently standing at 4% in most polls Cahoon said he has found. Cahoon said if the Libertarian Party gets this status, it can be eligible to receive some federal funding and ballot access in all 50 states.

“This would be pivotal into destroying the two-party system in the long run as it would give enough momentum for the Libertarian party in both local, state, and federal elections all around the country,” he said in an email.

Cahoon feels that voting for a candidate who is a “lesser evil” isn’t a good excuse to vote for someone you don’t agree with and that there are plenty of other candidates individuals can support. He said before someone decides to abstain from voting because they don’t agree with either major candidate, they should explore options in all parties.

“As soon as I heard of the (libertarian) party back when I was twelve, I was always interested in its beliefs but never really investigated it,” Cahoon said in an email. “Then in comes the (2016) election and I really get into politics like I never had before. Then after doing a lot of research on many of the candidates actions in public office and historical backgrounds, I noticed a pattern that a lot of what both parties promoted in campaigns were not quite reflective in their legislation habits.”

“Well yeah, that's the point of running for office, to muster as (many) votes as you can,” Cahoon said in an email. “So by that logic, either every candidate is a spoiler, or none of them are. In short, the wasted vote line is basically voter's mob mentality.”

Damon Krane, who ran as an independent in Athens for mayor last year, said he will be voting for Democratic candidate and former Vice President Joe Biden in this election.

“When we have races that are close races between Democrats and Republicans, then I think the best thing that progressives and leftists can do is to make a tactical, lesser evil vote for the Democrats,” Krane said. “So, for me, I don't see any contradiction between me running against the democrats here in Athens but voting for a Democrat in this presidential election.”

Krane said he understands that people just don’t want to vote for the “lesser evil” but feels that Biden is the better option.

“The fact remains that Biden’s the nominee, (and) somebody is going to win this election,” he said. “It’s better for the world, and it’s certainly better for leftists if the winner is not Trump.”

However, Krane is still critical of the Democratic party and thinks the candidates they have chosen to nominate in the last two presidential elections have been “extremely weak.” He said this is because the party is more concerned with defeating progressives and leftists than it is with the Republican party.

Krane also said the idea of abstaining from voting is a popular position on the left.

“It's a popular position among people who identify as Marxist,” he said. “(Marxist ideas about voting) just says that people should vote their consciences, as if voting occurred in some kind of vacuum, and not within the existing constraints in the capitalist state. So therefore, if you don't like either candidate, just don't vote, or vote for a candidate who has no chance of winning, but who does align with your views. Honestly, I think that's exactly the sort of thinking Marx would have denounced as bourgeois idealism because you're acting as though the systemic context doesn't matter.”

Krane said even if someone views Biden as the lesser evil but still chooses not to vote for him, it increases the chances that current U.S. President Donald Trump will win.

“That's just the nature of institutional constraints in which we're operating,” he said. “And so pretending as if those constraints don't exist doesn't make them go away.”

While Krane said he has not voted for a third-party candidate for president since he voted for former Green Party Candidate Ralph Nader in 2000, in local Athens elections, he always votes from progressive independents rather than Democrats.

“The reasons I voted for Nader, I don’t think they’re good reasons,” he said. “In retrospect, the argument that I bought into was that basically, voting for a protest candidate is like going to a protest. You know, you show that a certain number of people feel a certain way. It's just a way to attract attention to that. But I think protest candidates make bad protests because most people recognize the constraints in which we're operating and are afraid of voting for a third party progressive spoiling an election that they don't do it.”