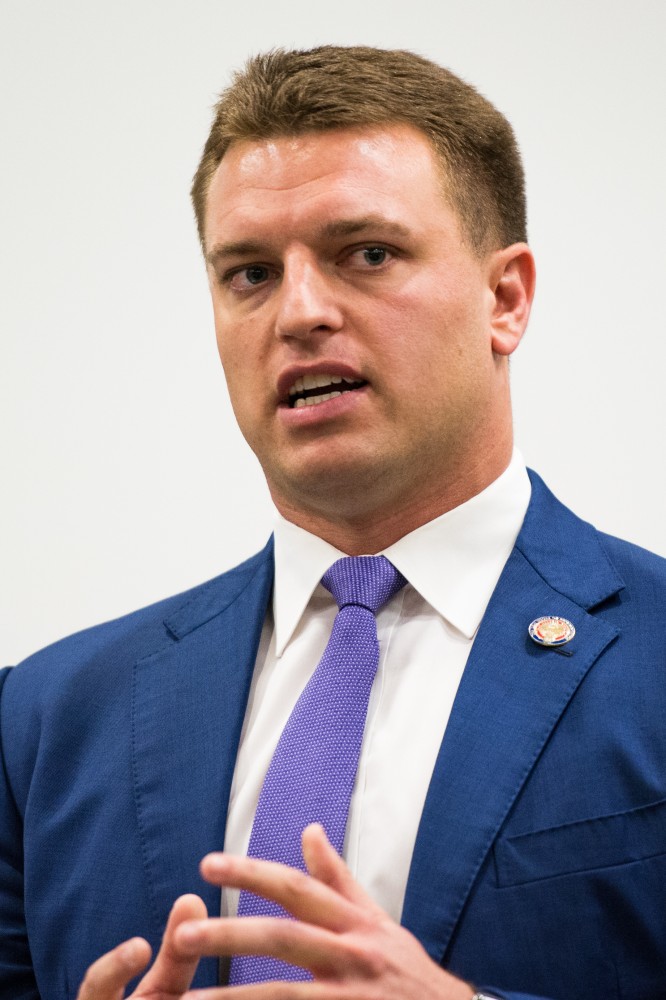 “Continually, it seems like every year my support is growing … from the time I took office, I made it a point to be accessible and to work for the area, not in a partisan way, but in a very bipartisan way for the district, which means building a broad coalition of support and trust,” Edwards said. “I can’t stress enough how humbled and honored I am to have the people’s support of the 94th district.”

O’Neill virtually thanked her supporters on election night once the polls closed.

“They'll Never Keep Us Down! Cheers, Voting Polls have closed. Thank you all, this was a good year. We did everything we could,” O’Neill said in a Facebook message to her followers after the polls closed.

During election Tuesday, O’Neill alleged election fraud took place after there were reports of signs that said votes for O’Neill would not be counted. O’Neill confirmed on Facebook that she did contact her lawyer, Louis Grube, due to this potential election fraud.

Edwards is the current sitting representative for the 94th District in the Ohio House of Representatives. He was born and raised in Southeastern Ohio and attended Ohio University, where he received a Bachelor of Science in mathematics.

His campaign and his campaign’s website stressed the idea that Edwards knows what the people of Southeast Ohio need and will fight for them, as he is one of them.

“Our local schools need fair funding and more local control so teachers can teach and students can learn. And we need more funding for job training, including our vocational schools and the skilled trades. We need strong, new leaders like Jay Edwards to give our region the voice it deserves and to get the job done,” according to the Jay Edwards’ campaign website.

Edwards has the support of many, including endorsement from many labor, education, and business groups, including the American Federation of State, County and Municipal Employees; the Ohio Education Association; and the National Federation of Independent Business.

Edwards’ bipartisan approach to politics has also led him to receiving support all across the aisle. Edwards is the majority whip in the Ohio House of Representatives and has supported bills that he believes have helped Southeast Ohio as a whole and especially during the pandemic.

“Since taking office, I have worked to keep and create jobs, and improve education and healthcare. I have also worked to help safely and responsibly reopen Ohio in the wake of COVID-19, and have consistently supported our first responders, healthcare professionals and others serving our community,” Jay Edwards said in an article for The Daily Sentinel.

Edwards has sponsored and supported many bills in his time in office, including most recently supporting the CARES Act, which provided $650 million in funding to counties in Ohio for COVID-related expenses.

Currently serving his second term in office, Edwards, having won the election on Tuesday, will now be able to continue to serve his constituents in the 94th District for a third term. His next term in office will start Jan. 1, 2021.